Traditionally known for its fishing and hunting industries, Greenland is fast becoming the next significant area of exploration for mining businesses. The largest island in the world, Greenland remains one of the least populated areas worldwide with 56,000 citizens, and it has sought to attract local and foreign investment across a number of new projects.

The island’s current position remains complex. A sovereign government, it is positioned under the Danish kingdom who provide grants to support its local economy. To further its independence and bolster its economy to create increased tax revenue, Greenland has embraced the exploration of new mining projects as well as utilising all the renewable and local resources it has to offer.

Hosting a high-grade NI 43-101 compliant gold resource estimate of 263k oz (inferred) at 18.7 g/t and a number of regional exploration targets, AEX Gold has undertaken three years of exploration at Nalunaq, developing an updated geological model and an extension of the main vein strike length up to 1km.

“The government is very supportive, so it's about having a sound exploration strategy. We are very much focused on that, as we have an asset package that we think we can grow and create a lot of value,” explains Chief Executive Officer, Eldur Olafsson.

Originating from Iceland, Olafsson has gained extensive experience of the local geography. Focusing on mining projects in Greenland since 2012, he has analysed the country’s potential against the backdrop of environmental responsibilities and associated legalities with partner SRK Exploration Services. Through this process, the business has turned its attentions solely towards gold exploration.

“The known gold deposits in Greenland are in an area where the climate is mild and, given our experience, logistics are relatively easy. Gold opportunities are easier to finance than larger base metals projects and our perception was that we could fully fund projects like these through our support here in Iceland and in the UK market,” he explains.

“We started looking for opportunities in the South Greenland Gold Province and became aware of this historically producing mine. We were attracted by the extremely high-grade potential of the resource and the fact that the project had significant infrastructure in place.  We believed there were significant opportunities to materially improve the mining operation that had been run by previous operators.”

Throughout the exploration of high-grade resources, Olafsson is proud to remain hands on and is regularly seen on site. By undertaking various technical studies, AEX has gained the ability to comprehensively analyse similar types of assets with potential.  After acquiring the Nalunaq project in 2015 the company has continued to expand its portfolio. Whilst Nalunaq encompasses the required licence to explore and recommence production at the old gold mine, they own the larger Vagar exploration licence, situated a few kilometres to the west of the mine, where AEX believes the ground is prospective for the discovery of further Nalunaq-type deposits.  In addition, they also own the early stage Tartoq Project to the North West of Nalunaq. Each licence area is at a different stage of exploration which supports AEX’s aim of having a continuous pipeline of projects being brought into production.

“We have a total of 690sqkm of licences in south Greenland and we're the only active listed gold company in Greenland. Previous operators undertook very little forward-looking exploration once the mine was in production.  It's a very under-explored region so we intend to recommence production within the next two years at Nalunaq in order to support our exploration in the larger licences in the next 5-10 years,” he says.

“Iceland is a short distance from Greenland, so logistically it’s good for us. Additionally, in Iceland you need to be really self-sufficient, and the same can be said for those in Greenland. We don't have as many people or the multitude of services that you would have in other countries which encourages you to think creatively,” he adds.

Consequently, the company has sought to maximise efficiency whilst keeping costs down, yet all the time adding increased value across its operations.

By acquiring a high-grade deposit, less material is needed to be broken down, lowering AEX Gold’s carbon footprint. Everything taken out of the mine from underground will be processed and shipped out to a different processing facility, or processed on site adhering to the current environmental guidelines. Historically, electricity has been generated through the use of traditional fossil fuels, something which is steadily changing throughout Greenland.

“We're using oil to put in generators or to power mobile mining equipment which is high cost both in monetary and environmental terms.   Greenland currently has five hydroelectric power plants and they are looking at building more in south Greenland,” says Olafsson.

Seeing huge opportunities, he explains that the use of hydropower and wind power would complement AEX Gold’s operations, not only in its existing exploration activities, but with the implementation of an electric mining fleet with electricity being obtained from local renewable resources.

In the future, it will be essential for Greenland to gain further revenue to unlock opportunities and services for its citizens. This is something Olafsson believes that AEX Gold can help with due to its knowledge of Iceland as it has many similarities to Greenland and has been through a period of comparable change.

“Greenland is in a similar position to Iceland not so long ago. Iceland didn't have a high education rate and wasn’t wealthy compared to other European countries, with economic and cultural activities that were very insular. We are now at the highest level of all parameters in terms of education, wealth per family, etc. and this has stemmed from improving the breadth of schooling and creating opportunities for people to grow and develop outside of the traditional areas of agriculture and fisheries.

“Our aim is that the majority of employees will be Greenlandic, but it will take time. Greenland has a large number of people competing for jobs in the fisheries and tourist centres. It is important that Greenlanders are able to access programmes that will allow them to consider other career options. In Iceland we are importing a lot of people to work in different industries in our country because we don't have enough people. This might be the case for Greenlanders as well if the anticipated growth of the Mining Sector materialises but we want to ensure that, where possible, we use local people first before looking elsewhere.

“The Greenlandic Government provides good support for those who seek education.  There are an increasing number of Greenlandic students attending Danish Universities so that now, for example, we are seeing well qualified Greenlandic geologists available for employment.  There has been a Mining School at Sisimiut for the last 10 years which provides local qualified labour who can take advantage of opportunities in the Mining sector.  You need skilled labour and as we own a mine that was in production for 10 years previously, there is a fair bit of local knowledge that we have been able to use during our exploration work and which we are keen to utilise going forward,” he says.

“We are creating revenue for local communities, creating highly skilled jobs, and are providing benefits where local communities can live better lives and grow as individuals. We need to create opportunities for young people.”

Additionally, by working with local businesses as well as those who have been operating in Greenland for some time, AEX has made a conscious effort to hire companies which can support its growth. AEX have therefore acquired a longstanding relationship with Cartwright Drilling, due to the company’s extensive experience in Greenland and subsequent knowledge of the island’s government systems, processes and practices.

Planning to mine high-grade resources using significant infrastructure already in place, AEX Gold holds extensive licences managed by an experienced team. Previous operations produced between 50,000 to 100,000 ounces a year at 15.4 grams/ton produced and this has provided a benchmark for the company, who will utilise this cash flow to explore the wider region in the long-term.

“We have a five-year plan where we want to get into production at Nalunaq and use the cash generated to fund exploration in the wider district.   We envisage investing a significant amount in exploration assets to provide a portfolio of different deposits that we can bring into production. We are creating a company that has a long-term mission in Greenland to build up local know how to support our aim of ramping up to very profitable production across a number of projects,” notes Olafsson.

“It will create a dramatic effect on the local community and hopefully be a springboard for unlocking much larger potential in Greenland. There are plenty of deposits that have been found, but you have to be able to develop them. You can only do that that with support and cooperation from the local people who believe in your vision.” 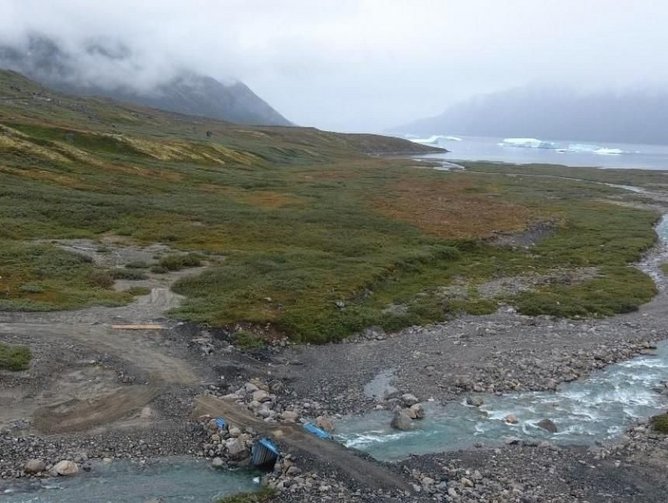 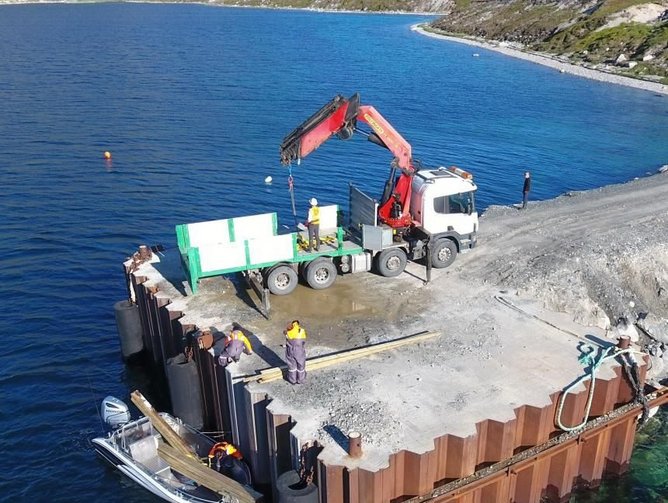 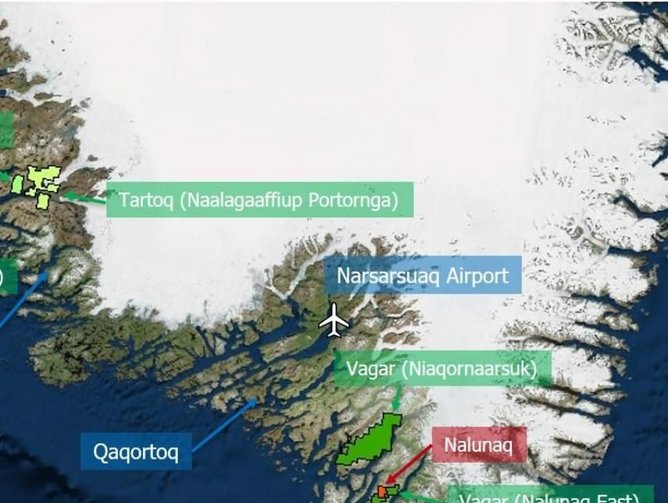 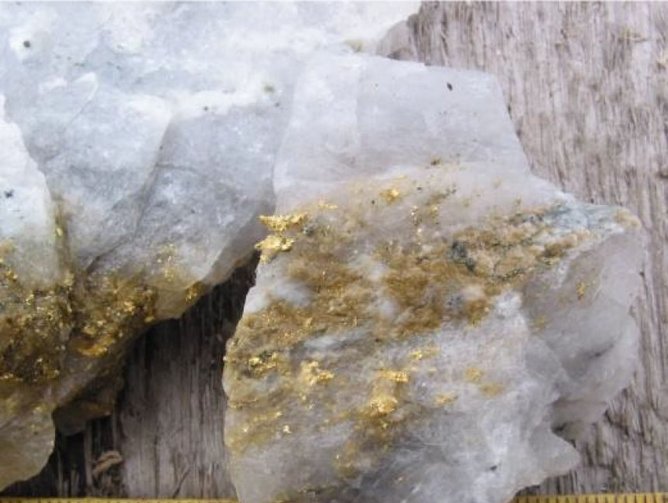 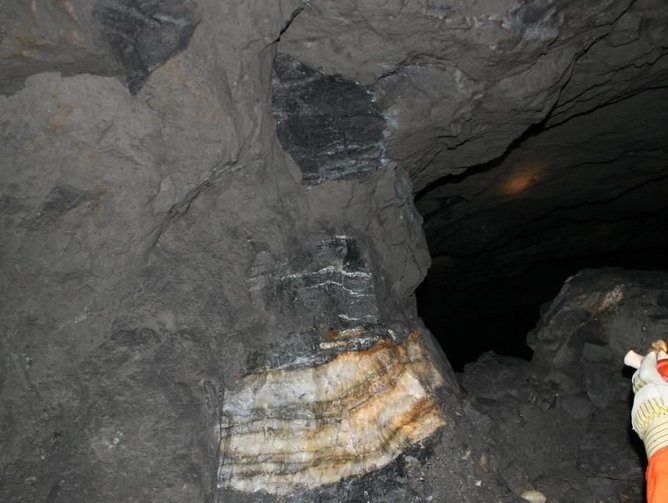 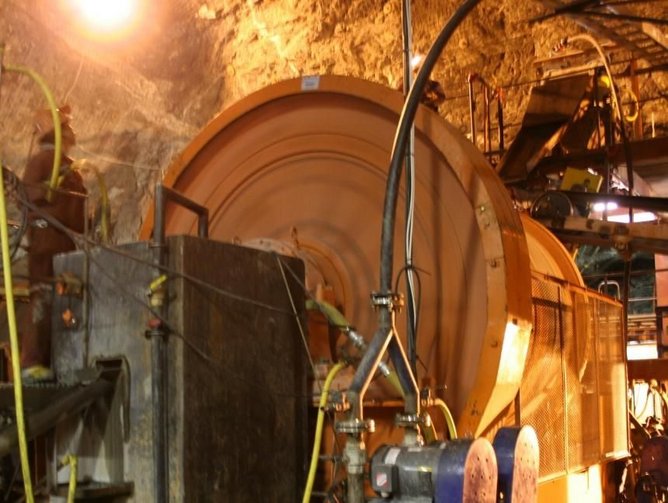 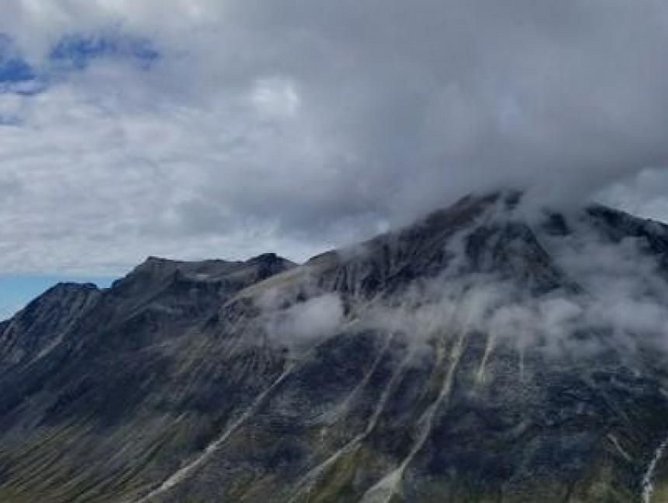 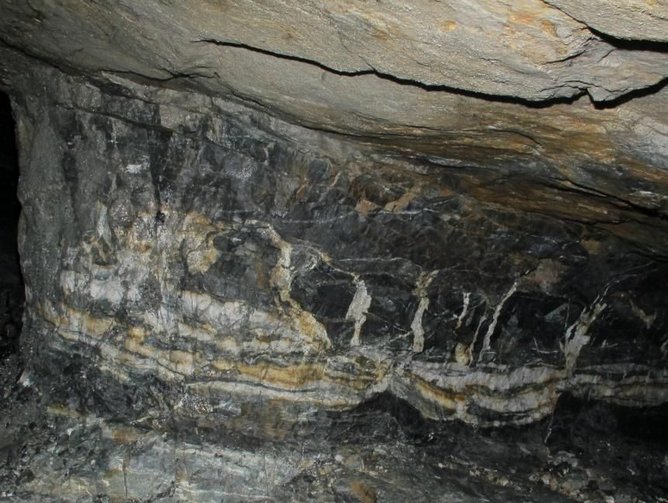