Aquaculture, probably the fastest growing food-producing sector, now accounts for nearly 50% of the world's food fish, according to the Food and Agriculture Organization of the United Nations (FAO). AgriMarine Technologies Inc. (ATI) is looking to leverage on this growth by creating, innovating and building the most advanced marine-based aquaculture systems in the world.

“In the early days, we were net cage farmers off the west coast of Vancouver Island.  We also ran a large hatchery, a processing plant and a small truck fleet. Through a number of circumstances, mostly natural factors, we ended up losing our farms and eventually closed the processing plant. We got involved in the enclosed system farming business in the year 2000,” states Rob Walker, COO.

“We didn’t want to leave the farming industry behind; we really liked what we were doing but wanted to find a better way, so we began looking at containment systems for the farm. We ran a project on land actually – a pump ashore system – for about five years, and learned an awful lot about containment farming. Unfortunately, that facility was very expensive to run and was not sustainable.  We were able to take the design concepts and transpose them into marine containment facilities. This enabled us to dramatically reduce the energy required to move water.”

It is these marine containment facilities that ATI manufactures today, although the development process has not always been smooth. “Our first installation was in northern China, near a town called Benxi and so we created our systems there in a reservoir. They worked quite well and we had a further system built and installed in British Columbia, where we reared chinook salmon, and that actually worked very well,” advises Walker. “Although our first experience with the ocean tank was excellent from a husbandry perspective, it didn’t end well. We had a series of storms that winter that were pretty brutal and it finished off with a hurricane strength storm that actually put a crack in the tank so we opted to remove the tank from the water.”

Despite this, the crack proved to be an excellent opportunity for ATI. “It was a perfect learning experience and we were able to take everything that we learned and do a complete redesign. We then built a series of tanks that are far more robust and able to handle that level of stress from the natural environment,” Walker notes.

In 2013, the company acquired a freshwater farm in Lois Lake, British Columbia, installing six container systems there. Two more systems have also been exported to Norway – one of which has been running for four generations of fish. ATI will have the second one in the water towards the end of 2017. “It’s been a really exciting time. Aquaculture generally is a fascinating business, no one day is like any other,” advises Walker.

As well as having its company origins in British Columbia, the province provides the perfect setting for ATI’s business. “It’s an excellent location. For example, the industry here actually started in an area called the Sechelt Peninsula, which is just north of Vancouver, and the water there was thought to be good for a number of reasons, it’s warm and protected and close to the markets,” Walker notes. “However, it turns out for net cage farming it really wasn’t that good. There are a lot of plankton blooms in that area because of the warm summer temperature and the lack of flow in the water. The industry learned to move away from that area to more rugged water further up the coast and it’s continued to grow from there. The AgriMarine containment technology is ideally suited to this type of environment.”

Plankton blooms negatively affect fish in three different ways – mechanical irritation, producing toxins and lowering the dissolved oxygen in the water column – leading to high mortality rates of the fish. “The reason we lost our farms on the west coast of Vancouver Island to begin with was because of plankton,” Walker observes. “We could not protect our fish from natural elements and toxic plankton blooms. Every few years we’d grow our inventory –  it takes 18-24 months to grow inventory – and then along came a plankton bloom that killed everything.

“We really wanted to find ways around that. Our system as it’s designed currently is able to do that. We have the capacity of drawing water from depth to modulate temperature and avoid plankton. This works in both fresh and salt water environments.”

Ahead of the curve

As well as avoiding toxic blooms, this system also helps to avoid sea lice. Sea lice are marine ectoparasites (external parasites) that feed on the mucus, epidermal tissue and blood of host marine fish. “It’s big news here and we have never had a sea lice issue in our systems, either the pump ashore or the marine systems that we’ve had in play. We believe it’s because the sea lice live primarily in what’s called the phototropic zone, which is the light-enhanced area of the water that goes down 12-15m below the surface. So, by drawing water from 30-40m below the surface, we are able to avoid the majority of sea lice,” Walker states.

A low energy pumping system, combined with a proprietary deep-water oxygenation system creates an optimised and healthy environment for the fish. When ATI first introduced this technology, many in the aquaculture business were sceptical. “It wasn’t that long ago that most people in the industry felt that we were heading down the wrong path,” explains Walker. “When you look at what’s going on in Norway right now and the literally hundreds of millions of dollars being spent on the design of new floating closed containment systems, we’re obviously way ahead of the curve and I think we continue to be.” Indeed, ATI believes the system was the first marine-based closed containment system to be certified under the Norwegian NS9415 construction standard.

With ATI already ahead of the competition, the future certainly looks bright for the firm in this fledgling industry sector. 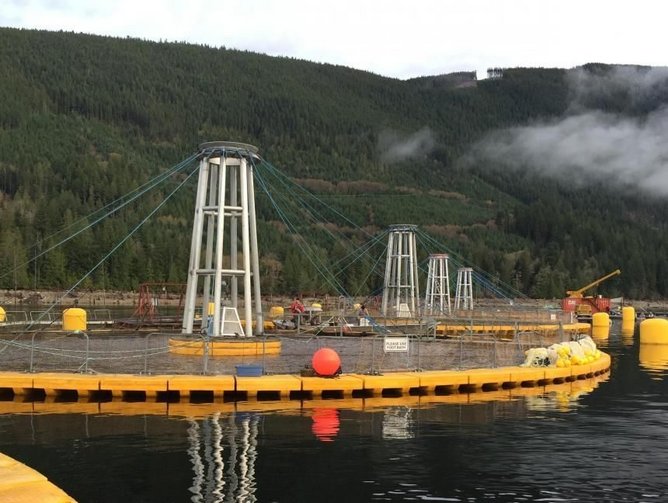 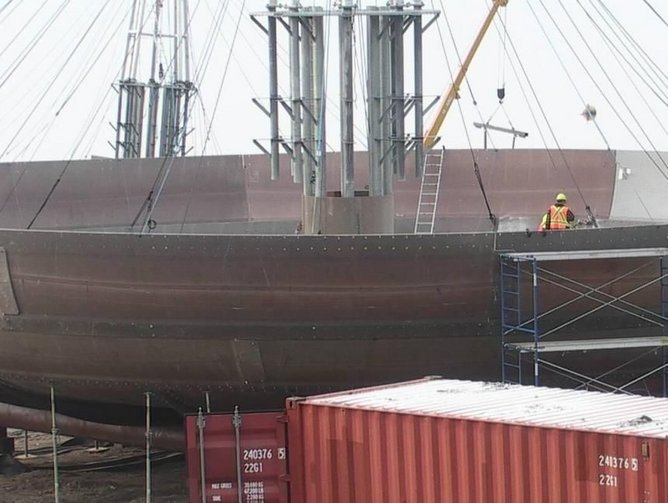 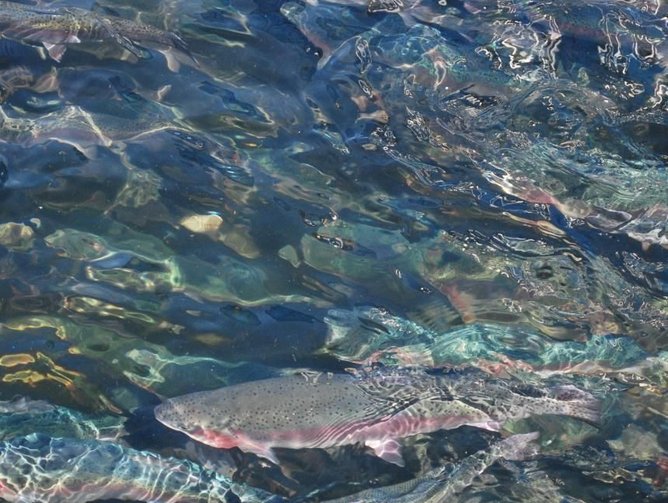