For the last 25 years, American Apparel Inc. has been an industry leader in manufacturing combat and utility uniforms for the Department of Defense.  Headquartered in Selma, Alabama, the manufacturing company prides itself on providing stellar performance in quality and delivery, while being highly automated and efficient.  And it’s paying off.

The Defense Logistics Agency (DLA) recently named American Apparel Inc. as a top performing supply contractor, awarding the company with its coveted Gold Star Award. DLA considered 153 of its parts and commodity suppliers with the largest contracts that have done business with the agency over the past two years.

“We are honored to be selected for this award and it is a tribute to the attitude and effort of all our employees. American has been a major supplier of military uniforms for over 25 years and our employees take a tremendous pride in the support of the Warfighter,” said Chuck Lambert, Chief Operating Officer for American Apparel.

“To be honest, we’ve never focused on the award, but to even be in the same discussions associated with the other Gold Star companies on the list is most humbling.”

The award designation is part of the DLA’s Superior Supplier Incentive Program (SSIP), which is designed to incentivize contractor performance by identifying suppliers with the highest rankings in areas such as cost, schedule, performance, quality, and business relations.

According to Lambert, winning the award has created an attitude within our organization that it can be recognized when it puts forth the additional effort it takes to be at the top of your game.

“We are by no means perfect, and learn from our weaknesses each day. It just helps all of our employees to understand by working together and communicating to each other so we can continue to grow and be successful.”

American Apparel employs just under 500 employees in three facilities in Alabama. Historically, the facilities have been located in small communities where apparel cut and sew operation had previously operated during the 1980s and 90s.

The company is currently positioning itself to be available for potential upswings in product lines and begin an effort to work with all other prime contract holders to create partnerships and to further stabilize production facilities.

“Through these efforts, we were able to capture a new contract on Marine Corps trousers that allowed us to reopen our trouser facility in Opp, Alabama, which had previously been closed in 2013,” said Lambert. “We have 70 employees back in the facility with plans to add an additional 50-75 in the weeks to come.”

Along with a steady workforce, another thing that sets the company apart from competitors is Technology. The company has a proprietary application called American Apparel Information Management System (AAIMS).

“The AAIMS system tracks our manufacturing process starting with the order entry and cut planning. This information then drives all the raw material purchasing, labor planning, and cut generation,” said Lambert. “All along the way, the system ensures that we have the contract cost accounting information that is needed by us and our customers.”

In addition, American Apparel integrates various systems to ensure standards are consistently met. According to Lambert, the company’s success is based on the belief and understanding of a strong Quality Management System (QMS).

“Our QMS is maintained and continually improved through the use of quality objectives, internal audits, data analysis, corrective action and management review,” said Lambert.

American Apparel is currently working with the DLA Troop Support to help with the production of new Army Combat Uniforms (ACU), which is implementing a new camouflage pattern for all combat uniforms worn by the Army personnel.

The company is also working to reduce the labor content of the products it produces, and automation has been a strong focal point.

“One of the major considerations in evaluating automation is the quantity to be produced and over what time period. Obviously, the larger the requirement the more feasible it is for the purchase and payback. Our plans for the future regarding expansion or capital expenditures will solely be determined by the requirement of the Department of Defense,” said Lambert.

Over the last two years the industry has gone through some extremely tough challenges, according to Lambert, and the overall reduction in requirements of uniforms has had a major impact.

“While we understand and support small business, there is a concern as to whether the shrinking industrial base and the financial stability of some small businesses will drastically impact the ability of DLA Troop Support to meet the requirements if the U.S. military is needed in a time of war.”

“We have a great working relationship with the people at DLA Troop Support in Philadelphia that is the contracting office for most of our production and feel very comfortable with our position for the future,” adds Lambert. 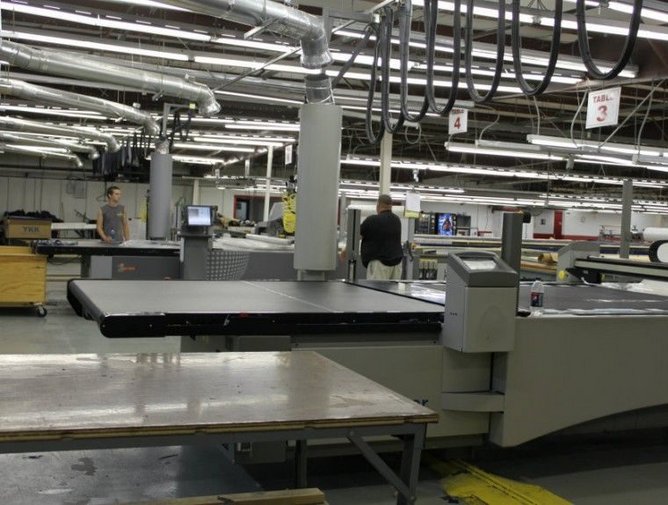 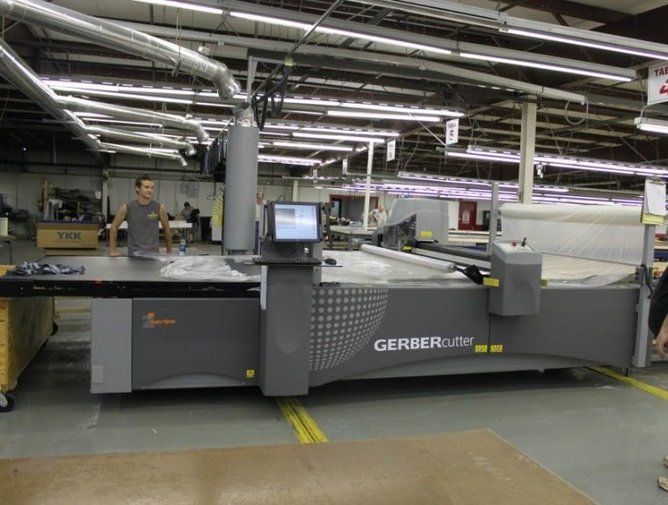