Rashim Mogha is clearly the woman to watch. The Global Head of Products, Automation Anywhere University, author and equality influencer has just been awarded Woman of the Year 2019. This is the third award Mogha has won in 2019 alone, having also been recognised as a Woman of Influence for Silicon Valley, as well as winning the Women Empowerment: Game Changer Award for her eWOW initiative that empowers women to be successful and her career achievements. “I’ve had the privilege of working at the forefront of cutting-edge technology throughout my career,” says Mogha, a veteran of companies like VMware, AWS and Oracle. “I led the education program for AWS, including bootcamps at re:Invent, annual AWS conference where we trained over 8,000 people during a three-day event.” AWS provided Mogha with an opportunity to create education solutions that can function in real-time as well as to scale them out. At Oracle, Mogha built the enablement strategy for Oracle Cloud Infrastructure from the ground up. “Coming to Automation Anywhere was a natural progression as I had the necessary knowledge of how to build products for the start-up environment, and then to scale them out. That's what my role involves right now at Automation Anywhere.” Her main responsibility is developing education products to help accomplish Automation Anywhere’s March to Million mission of educating a million individuals on developing and using robotic process automation and prepare for the jobs of the future. “This goal was very appealing to me because when you really look at it, robotic process automation (RPA) is going to drive how business is done and what the future of work is in the era of the fourth industrial revolution.” She asserts the need for upskilling and reskilling to maintain momentum in this ever-evolving industry, confident that knowledge of RPA will soon be a prerequisite for jobs of future just like word processors and office productivity tools.

“Businesses are missing out on creating compelling global solutions by not having diversity at decision-making levels, as considerations for women are time and time again missed,” says Mogha. "For example, the health app released by Apple in 2015 did not incorporate or take into account women's reproductive cycles, and facial recognition algorithms have a success rate of only 33% on darker-skinned women, as opposed to 99% for white men. The creators of the solutions were only thinking of one gender. 49% of the population (men) cannot create solutions for 100% of the world's population.” It is for this reason that Mogha says it is essential to bring diversity of thought in the tech industry in order to create equal solutions and drive the industry forward.

The March to Millions initiative is helping in opening up opportunities for everyone and so far has delivered 500,000 RPA trainings to business analysts, developers, program managers, partners, and students. The program is gaining momentum with its 65 authorised training partners across 300+ academic institutions.  Mogha shares that Automation Anywhere’s Enterprise A2019 platform offers capabilities to enterprises of all sizes, including: an intuitive web-based interface that simplifies bot development; a cloud-native platform that offers customers RPA-as-a-Service from the cloud with reduced cost and “near-infinite” scalability; AI capabilities to integrate third-party solutions and natural language processing; and new Attended Automation 2.0, allowing greater collaboration between humans and bots across teams and workflows.

“10 years ago, women were expected to act like men to a certain extent to be successful in a leadership role, as most of their peers were men,” reflects Mogha. “Today, women can own their narrative, bring their whole self to work and become empathetic leaders without having to pretend to be one of the men in the room.” Mogha believes that while women have more confidence to speak up within these leadership environments than ever before, we are nowhere close to equality.

In September 2018, Mogha released her book on leadership, Fast-Track Your Leadership Career: A definitive template for advancing your career, which became an Amazon Bestseller within 11 hours of release. "I had goosebumps! It took me a little while to realise the level of impact this was having on people, but many women and men leaders began to reach out, requesting to continue the conversation around empowerment.” In November 2018, she launched the eWOW initiative: Empowered Women of the World, designed to provide women with the framework to be successful at the workplace. “At eWOW, believe that every woman is a leader in her own way – all she needs is an intellectual platform that can help her navigate the path.”

The eWOW podcast has audience in over 29 countries. "It's about empowering women, wherever they are, in their journey to leadership. eWOW is well on its way to reaching out and empowering 100,000 women globally.”

Looking to the future, she has one main piece of advice to others looking to move forward in their careers. “Say yes to every opportunity and, as you climb the ladder, don’t forget to give back.” To companies, she suggests: “If you want this world to be an equal place and help solve world problems, make sure that you are truly bringing diversity and inclusion into your workforce and into your thought processes, as opposed to just thinking of it as a token or a box that you need to check.” Mogha concludes: “The future is bright for women in tech; there has been an inspiring growth in the number of women attending tech events and many companies are also starting to realise build programs to bring and retain women in the workforce.” As the tech industry continues to embark diversity and inclusion initiatives, there is no doubt that Rashim Mogha will be at the forefront of this drive, continuing to inspire women to challenge bias and push themselves to be empathetic and forward-thinking leaders to create solutions for real world problems. 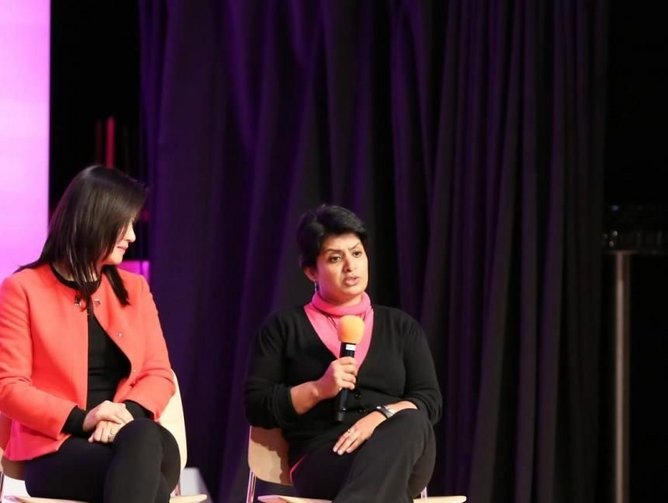 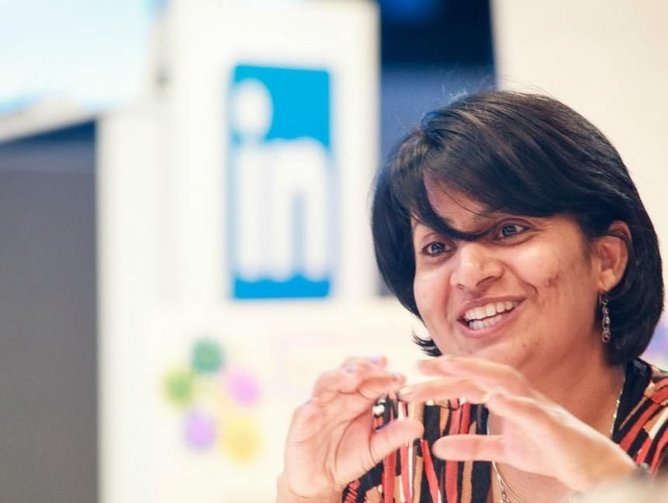 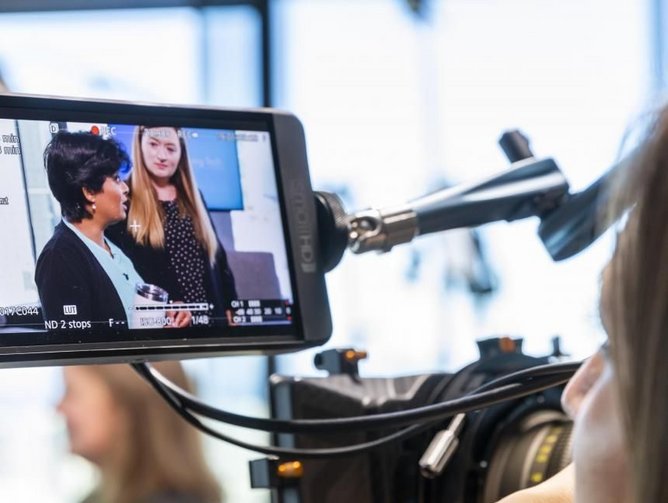