The company, formerly known as Big Guns Perforating & Logging, was established in 1996 by Bill Darling and Duncan McPhedran, with McPhedran now serving as President and Chief Financial Officer. Their primary zone of operation is in the Canadian oil sands and unconventional resource plays where the company offers “full service business integrating professional consulting and field services, with a special focus on caprock GeoContainment projects.”

BGES had gone through major changes since 5 years ago when there was a drastic change in the business environment.  With the low natural gas price and a trend of horizontal wells replacing vertical wells, there are less wells being drilled, therefore less services to be done by a conventional wireline company.  In 2009 when the financial crisis hit, the business climate has turned more difficult. Tight credit, accompanied by continuous downwards pressure on pricing together with a constant climb in labour cost, it was a highly competitive market.  In order for the business to stay on top, BGES have taken the niche market approach and continuously evolve to cope with the “new norm.”

Speaking to Dickson Lee, the Chief Executive Officer and Chief Technical Officer for Big Guns Energy Services (BGES), you get the impression that this is a company that places tremendous emphasis on their employees. To Lee, putting employees first is the most solid, strategic policy the company could implement and one that leads to far greater success.

“We basically look at people as the greatest asset to our company,” Lee said. “When there are no people, the company does not exist. We're only here because of our people and when you look at a consulting, engineering and service business, expertise basically comes from people. That's why we see people as our biggest asset in the company.”

He went on, “In our business, equipment will depreciate over time.  Therefore, we put our people first because this is the only asset that will appreciate in value if you spend the time to invest, develop and retain them. An outstanding team can adapt to a dynamic business environment in today’s ever-changing world.  With highly adaptable people, the company can quickly and intelligently respond to changing market conditions as proven in the past few years.”

Gaining experience and becoming a valuable part of the company is something Lee can personally relate with. He joined the company in 2004 to bring focus on the technical side of log quality control, log interpretation and casing vent flow analysis. Lee gained a seat on the board of directors in 2007 and was appointed CTO in 2010, a position he held while he established a Geoscience & Engineering division with an emphasis on streamlining and integrating caprock GeoContainment testing. Lee became CEO in 2013.

“My main goal is to unleash the full potential of our GeoContainment business, which represents 80 percent of our annual revenue today,” he said. “With the number of caprock failures in the oil sands and collapses in salt caverns in recent years, subsurface reservoir GeoContainment became critical for public safety and environmental responsibility.”

He added, “The science for GeoContainment exists, but is often challenging to apply and implement. The challenge not only comes from the science or theories, but from applying the science in a real-life application such as the harsh oilfield environment with many uncontrolled variables. We have an in-house team of technical experts and specialized operations personnel that work synergistically to bridge this implementation gap.”

Lee is serious about wanting to grow the GeoContainment business. The company recently invested about $1 million to build a geomechanics lab after identifying a lack of such facilities in the area of operations. Lee noted that BGES had heard of companies sending cores across the border for testing because of the lack of facilities in place in Canada.

“We saw a gap in the marketplace: there are civil engineering geomechanics labs, but not too many are specialized in testing for the petroleum industry.  There are some fundamental differences between the two different focuses: Testing soils from 10 meters below ground might have a different process than 200 meters. [For example], working with and preserving cores from deep below ground is also much more challenging [and] the petroleum service industry works 24/7.  Urgent means yesterday, not next week.”

Very few service companies today have a focused target market to maximize their growth potential.  Most find their businesses lack a competitive edge because they are too diversified - Spreading their resources too thin on too many business lines or markets seems to be a common problem.  BGES has taken the target market approach seriously.  Lee added, “We don’t try to appeal to the mass, we only focus on a distinct group of clients, people with similar values and a problem that we can help them solve.”

According to Lee, BGES isn’t ready to stop growing. The company plans to double the lab’s capacity over the next year and grow their fleet size by over 50 percent in the next two years while doubling the size of their technical team in the next three years.

BGES is focusing on several areas to achieve these growth plans. The company periodically performs talent gap analyses to identify key areas where new employees and the expertise they bring to BGES would benefit the organization’s long-term growth. This new talent will prove especially crucial as the company tries to merge its reputation for operation excellence with quality-oriented professional service known for technical capabilities and expertise.

BGES also intends to increase the capacity and expand the capabilities of the geomechanics lab.

“Coming up on the horizon, we are anticipating an increase in oil sand projects delineation and potentially more stringent regulatory requirements, thus creating a high demand for core testing,” Lee said. “We also see a high demand in cavern storage, salt cavern waste disposal and government-initiated carbon capture and sequestration (for greenhouse gas reduction).  These are different applications, but all require a diligent caprock integrity, or GeoContainment, study.  Therefore, we will be investing in expanding our lab’s capability to capture these target markets.”

He added, “Besides the geomechanics lab, we are also investing much time and resources in expanding out geomechanics modeling capacity due to a high market demand.”

That idea leads right into one of the last ways the company plans to achieve its strategic growth plans: through greater implementation of its Continuous Improvement Program.

“We are constantly looking for opportunities to improve and streamline our operations based on feedback from operators, supervisors, and field managers,” Lee said. “We will be investing resources into making this program official and expand it to encompass all other business areas.” 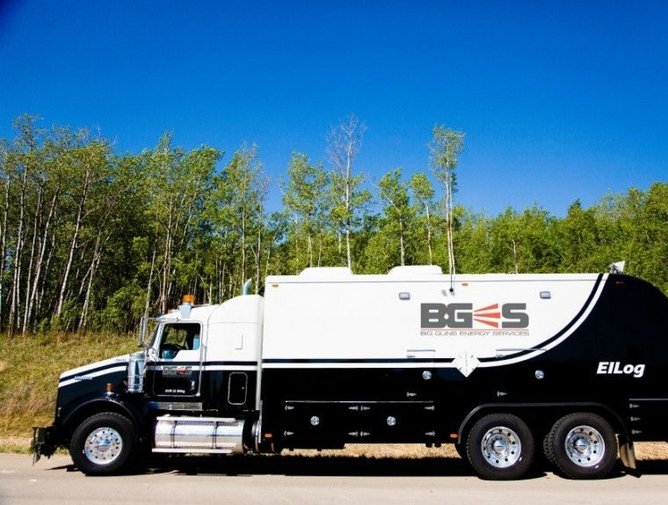 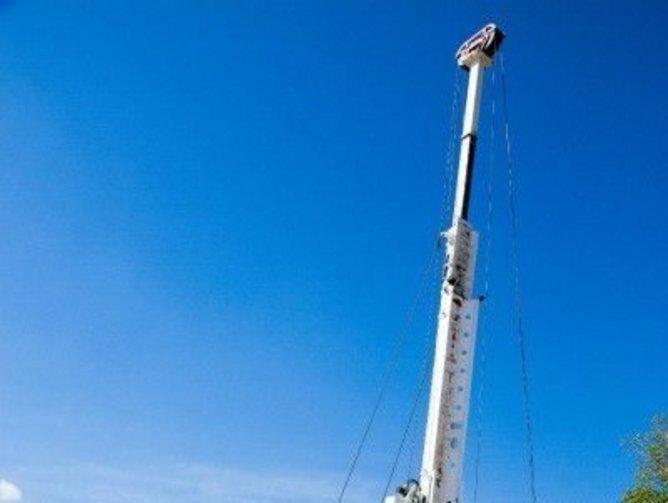 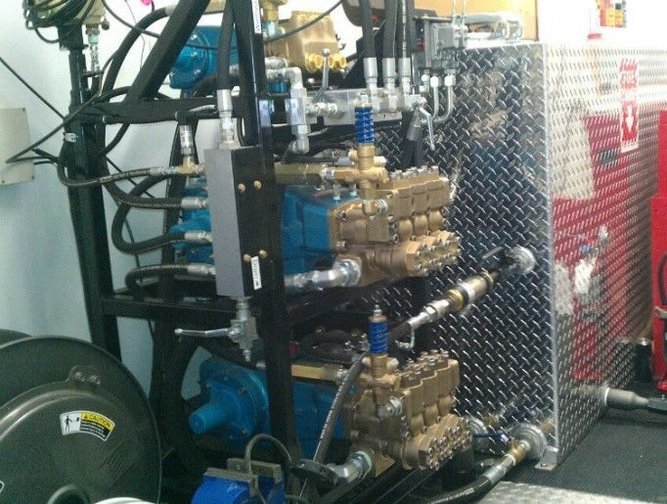 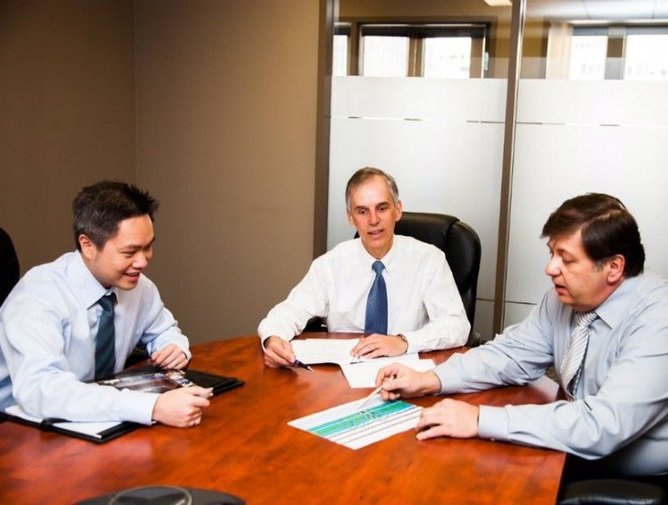 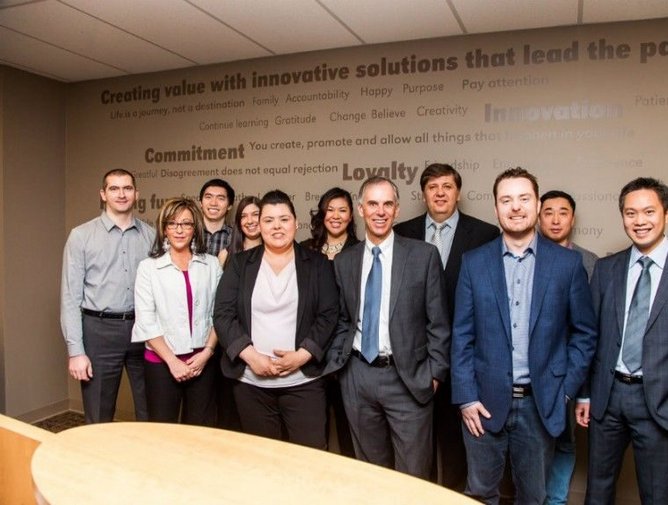