Canadian multinational aerospace and transportation company Bombardier holds the distinction of being the world’s only manufacturer of both planes and trains.  Headquartered in Montreal, the company operates in two segments, Bombardier Aerospace and Bombardier Transportation, and employs over 71,000 people worldwide.

In 1941, mechanic Joseph-Armand Bombardier founded the company—originally aimed to be a snowmobile manufacturer—under the name L'Auto-Neige Bombardier Limitée.  The company centered on snowmobiles until its acquisition of Lohner-Rotax, a manufacturer of both snowmobiles and tramways, in 1970.  This served as Bombardier’s foray into the rail business.  Their industry involvement increased in the mid 1990’s due to the light-rail transit boom.  Bombardier acquired the assets and designs of Budd Company, Pullman Company, and American Locomotive Company/Montreal Locomotive Works.  Within Canada, they acquired Hawker Siddeley Canada’s Thunder Bay Facilities and the Urban Transportation Development Corporation, as well as Mexico’s Concarril.

In 2001, Bombardier acquired Adtranz, a manufacturer of trains used throughout Germany and the United Kingdom.  Additionally, Bombardier took over part of British Rail’s Research and Development facilities after privatization.  With 64 production and engineering sites in 26 countries and 19 service centers across the world, Bombardier Transportation is a global leader in the rail industry.

Bombardier broke into the aerospace business in 1986 upon their acquisition of Canadair, which had just recorded the largest corporate loss in Canadian history.  Soon, de Havilland Canada, Short Brothers, and Learjet operations were also acquired, the three of which now account for over half of the company’s revenue.

The Aerospace division operates under three separate groups: commercial aircraft, business aircraft and customer services. The business aircraft division of the company offers both long range and ultra long-range aircraft.  Among their fleet, the aircraft with the strongest heritage is the Learjet.  Learjet is an American manufacturer of business jets that was founded in 1960 by William Powell Lear and has been a subsidiary of Bombardier since 1990.  Bombardier also manufactures both the Challenger 300 and the Challenger 350 jets.  The company launched the Challenger 350 in May of 2013 at the EBACE (European Business Aviation Convention and Exhibition) in Geneva, Switzerland.

Passengers conducting business or correspondence on their journey have access to Wi-Fi, and those looking to relax can choose from a wide range of media options.  Because Bombardier’s jets are multi-use, they needed to create an ideal space for passengers to both work and entertain while in flight.  “Either you work or you’re home or sometimes both, so the idea was to offer an environment that could emulate what passengers are used to in their homes and offices,” Aurélie Sabatié, Senior Adviser PR and Communications at Bombardier explained.

At EBACE, the Challenger 350 was introduced with Bombardier’s worldwide launch partner, Netjets.  Founded in 1964, Netjets was the first private business jet charter and aircraft management company in the world.  A Berkshire Hathaway Company, Netjets offers fractional ownership and rental of private business jets and announced their order of 75 of the Challenger 350 at the launch event.  Bombardier has also sold 20 of the jets to Flexjet and 20 to Vistajet.  At the 2014 Asian Business Aviation Conference & Exhibition (ABACE) at Shanghai’s Hongqiao International Airport, Minsheng Financial Leasing—the largest financier of business jets in China—confirmed an order for ten Challenger 350. On June 27, 2014 the Challenger 350 entered into service with the delivery of the first aircraft to NetJets in White Plains, New Jersey.

Bombardier is currently developing several other aircraft options across their platform.  They successfully launched the Learjet 70 and the Learjet 75 last year, with an airframe based on the Learjet 40 and Learjet 45 models respectively.  Over the next two years, they will be unveiling two new aircraft: the Global 7000 and 8000, both of which are ultra long-range jets. Of Bombardier’s success, Sabatié said, “Bombardier is a leading business aircraft manufacturer partly because we have the most comprehensive portfolio of products.”

The company’s expanding fleet is versatile enough to accommodate customers whose needs are evolving.  “We offer a variety of aircraft, from smaller jets to the ultra long-range jets, so we are able to accommodate our customers throughout their lives.  Most of them start with the smaller aircrafts and then grow with the range of products that we offer,” Sabatié said. Bombardier’s client list has grown alongside the company, securing its position as a global business aircraft leader. 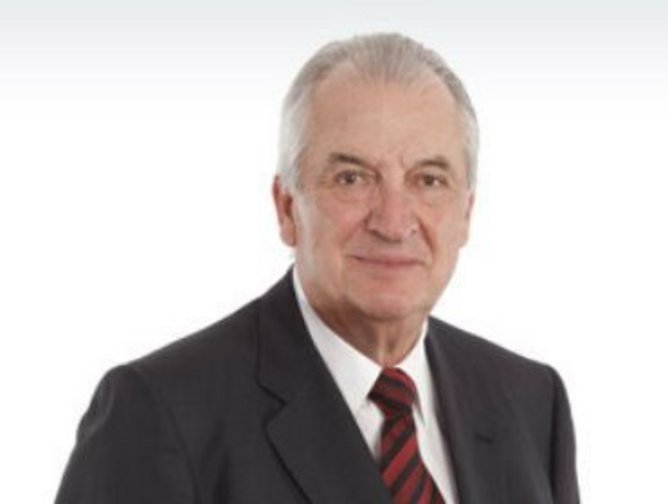 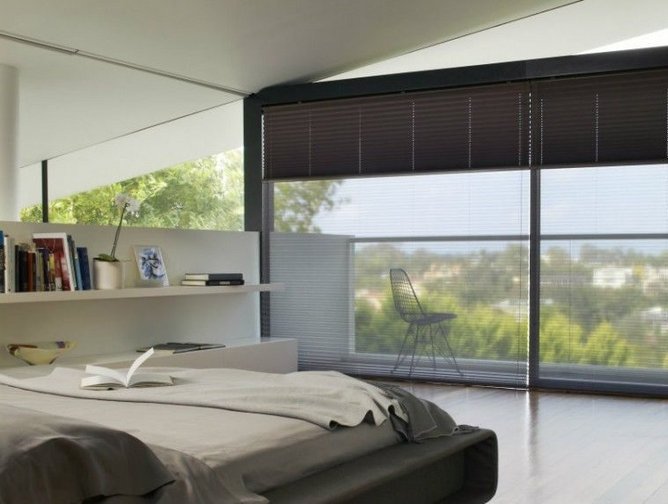 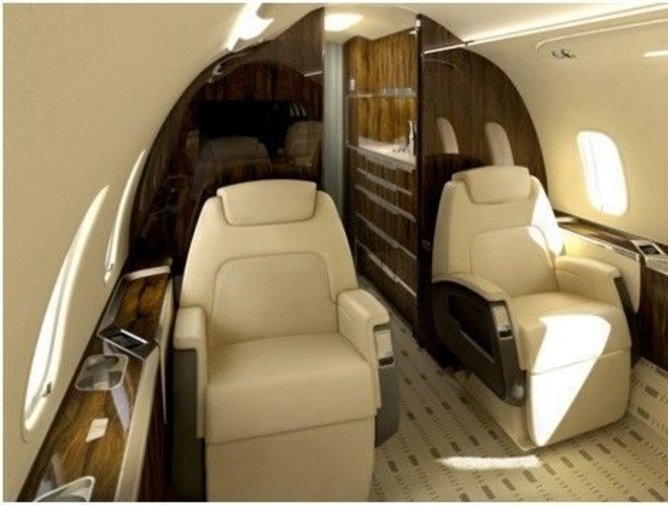 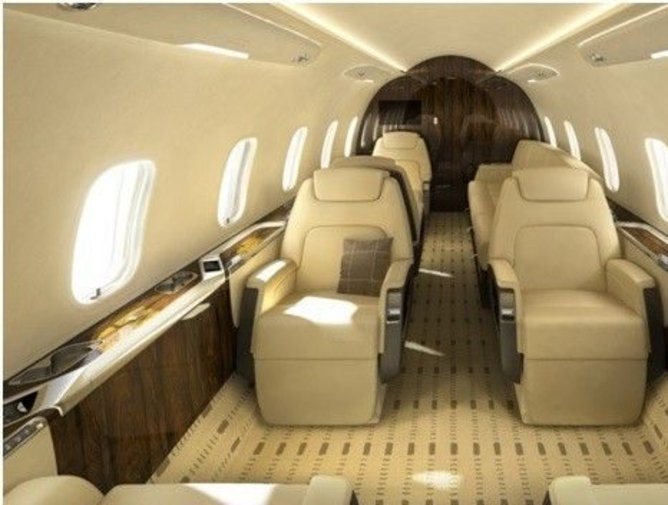 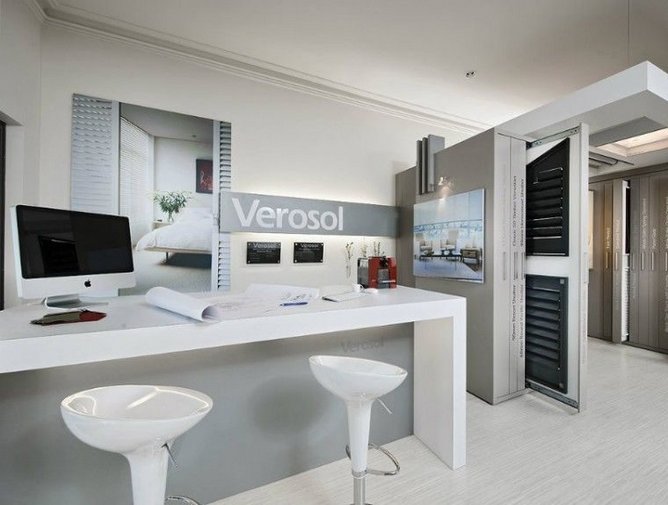 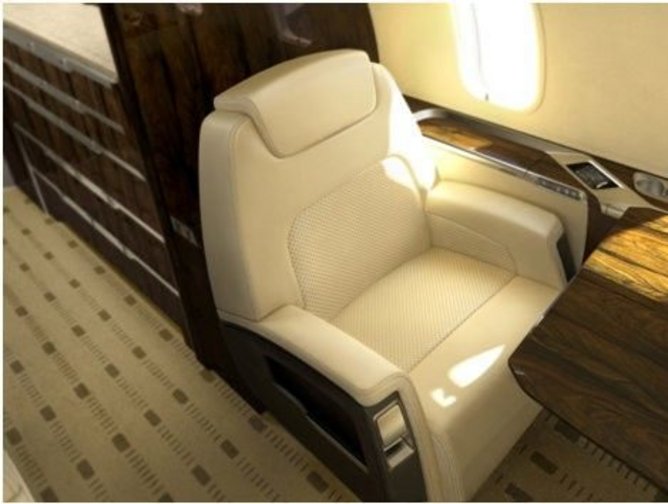