On September 28, 2015, Kelowna General Hospital opened the doors to a brand new Interior Heart and Surgical Centre. This $381 million LEED Gold-designed project was planned to significantly increase the volume and quality of care for patients and their families in British Columbia’s Okanagan region, as well as bolsters its relationship the University of British Columbia’s Southern Medical Program as a clinical academic campus.

With a capacity of 16 operating rooms—including two rooms dedicated to cardiac surgery—and innovations in patient-centred care, British Columbia’s Interior Health authority is working to bring that quality care to life at KGH in the months and years to come.

An ongoing effort comes to fruition

Nearly 10 years ago, Interior Health began its redevelopment project for Kelowna General Hospital. “The focus of that was renewal of facilities, but also to transform it into a teaching hospital with cardiac surgery,” says Norma Malanowich, Chief Project Officer & Corporate Director of Capital Planning for Interior Health. “The finishing of the Interior Heart and Surgical Centre building provides a permanent home for cardiac surgery and the operating rooms that were part of that transformation.”

The four-story centre features pre- and post-operative care on its main floor, operating suites plus a cardiac surgery intensive care unit and post-anesthesia recovery room on the second floor, and its medical device reprocessing department on the third floor.

“All of the technology is state-of-the-art,” says Malanowich. Examples of this technology include integrated monitoring and surgical systems and a hybrid OR equipped with both diagnostic imaging equipment and surgical equipment—one of very few in the country, this hybrid setup allows surgeons to perform minimally invasive surgery and drastically reduce recovery time for patients.

With the opening of this new facility, KGH is able to provide interventional cardiology as well as cardiac surgery services to all of interior British Columbia. By expanding these services to a wider geographical area, the hospital is able to provide comprehensive cardiac care to patients throughout interior British Columbia. “This full-fledged cardiac program reaches all of the residents we have within our area of the province, and really supports patients staying closer to home for major cardiac care,” says Malanowich.

A focus on patient well-being

When building the new Interior Heart and Surgical Centre, Interior Health placed a strong emphasis on not just the quality of medical care itself, but also the quality of the environment where patients, their families, and hospital staff spend their time. The design of the new centre is heavily rooted in evidence-based therapeutic design meant to reduce stress during what may be a traumatic time for patients and families.

“The focus of this building is really to provide an environment for wellness and healing,” says Malanowich. “We find that, with surgical patients and their families, there is a high level of anxiety when coming in to the hospital for whatever surgery they are having. Our goal was to have a welcoming environment—to design our spaces so that families can be with the patient for as long as possible and pre- and post-operatively, and then to have images and other things to reduce that stress that patients often feel coming in for surgery.”

Shifting the same concept to staff and physicians who are also often under considerable stress, Interior Health equipped the building with lounges and staff areas to provide plenty of spaces for rest and recovery. Meanwhile an inner courtyard within the hospital provides a peaceful gathering point for all.

In addition to the three completed floors of the Interior Heart and Surgical Centre, the top floor is still under construction. When completed, the centre will also house a perinatal unit featuring a maternity ward as well as a neonatal intensive care unit. “We are anxious to get that floor opened because it will really complete the building,” says Malanowich. “With construction wrapping up mid-January, KGH looks forward to opening this section of the centre in March of 2016.

“Since 2008 when we started construction, our primary goal was to keep the hospital operating and minimizing the impact to patients and visitors and staff through the construction period—that’s been at the top of our project team’s mind and builder’s mind,” says Malanowich. Over the years of construction projects at the KGH, the building team has proved itself innovative and conscientious in scheduling and routing in order to keep disruptions to a minimum. This determination continues as construction winds down.

“With the perinatal unit in its final phase of construction, we have developed a plan for how construction could continue with minimal impact, and I can say that here have not been any issues since we’ve opened,” says Malanowich, explaining that specific routes and access areas have helped construction workers do their jobs without compromising the ability of physicians and staff to do theirs.

A collaborative approach to design and function

Discussing this project, Malanowich rightly notes that many construction project profiles focus primarily on the design and build phases of the project—as she points out, the Interior Heart and Surgical Centre has been a collaborative process every step of the way.

“Behind it all is a vast team of individuals who make it happen,” says Malanowich. “There are those who do the planning up front and those who do the building, but we also have a team of clinical staff that worked side by side with the capital project team as we moved through each phase, and where their involvement is essential in preparing for opening these buildings.”

The clinical staff’s involvement in key areas like defining new operational procedures and orientation and training helped make 10 surgical procedures possible on the centre’s opening day. “When we opened on September 28 everything worked, all the staff and physicians were confident, they knew how to deliver care in this new facility,” says Malanowich. “That is the result of a very synchronized effort of many people and teams working together to have that building ready. I’ve heard the saying that it takes a village to raise a child. What I can say is it really takes a whole community to build and open a new building at the hospital.” 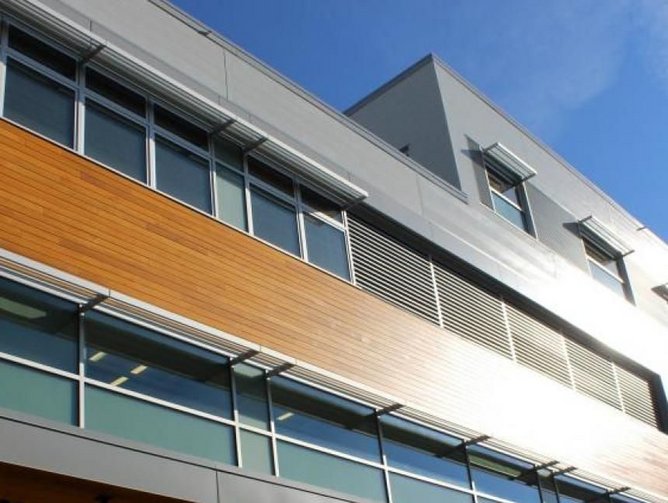 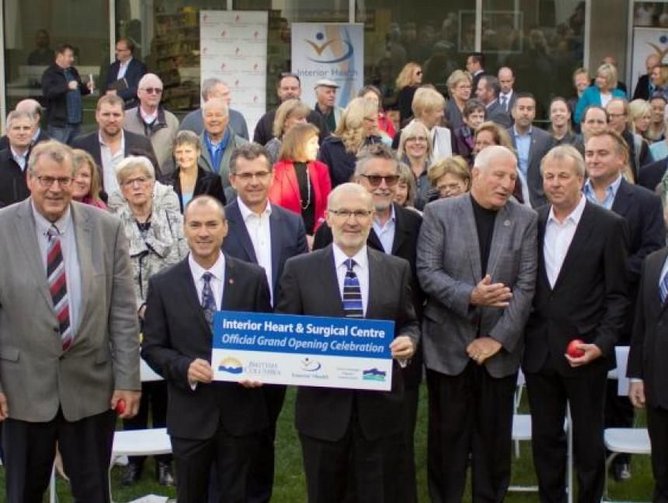 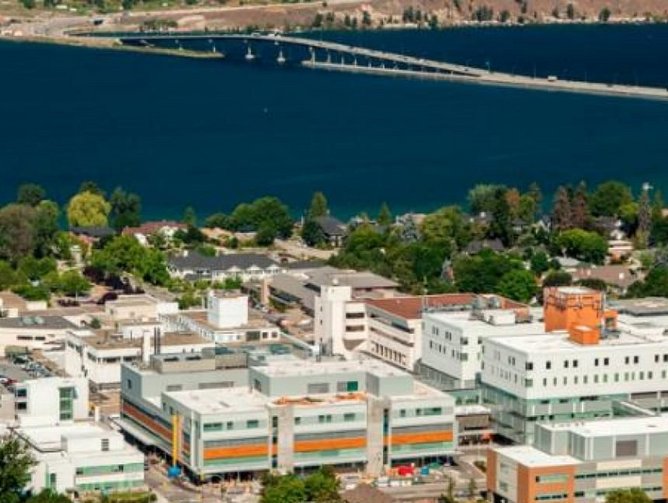 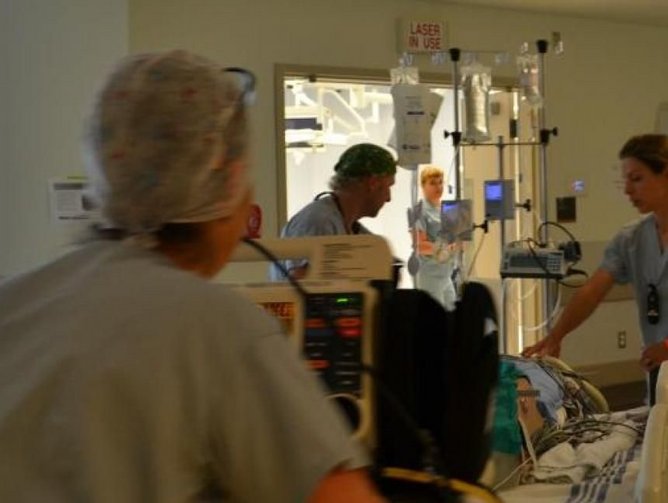 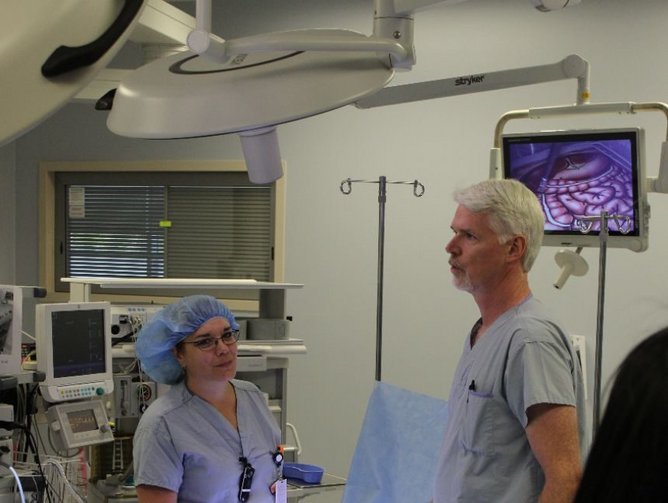