The business of empathy

If unfamiliar with the name, one wouldn’t be able to guess that the vaguely-entitled Service Corporation International* specializes in the provision of funeral goods and services across America, plus parts of Canada and Puerto Rico, and yet it is the largest of its kind. Its founder, Robert L. Waltrip, was the first person ever to consolidate funeral and cemetery locations under one umbrella. Today, Rone Luczynski and the procurement and supply chain team at SCI are working to leverage the latest in technology for a 10-year project designed to help the company’s funeral homes and cemeteries better serve families during their time of need.

Luczynski has dual roles at SCI – he is the President of the Procurement Division and Senior Managing Director of Supply Chain, in charge of all procurement activities. He has worked at the company for eight years and has a long history of re-engineering supply chains at Fortune 500 retailers.

“That’s why I was asked to come here,” Luczynski explains. “SCI was a decentralized company which hired a consultancy to come in and do a strategic assessment 10 years ago. SCI was just buying locally, location-by-location, and needed someone to centralize that process. My strategy is that of a center-led, retail-based supply chain, and we’ve been working on a 10-year transformation initiative in three phases.”

Luczynski’s transformation consists of three shorter road maps: a five-year road map, a three-year road map, and finally a two-year road map. He and his team completed the first road map by 2013, and are currently in year two of the three-year road map, which alone is set to save the company an additional $22,200 during the process of streamlining. Luczynski admits that the death care industry of was not something he knew anything about when the role was offered to him, and he turned the recruiter down more than once before taking on the challenge. Eventually, the lure of assisting in the transformation of a large corporation with almost 2,000 locations got the better of him.

“I didn’t know companies like this existed,” Luczynski explains, “and the main issue was that the industry was very far behind when it comes to supply chain and procurement maturity.”

Why? I ask. The answer is simple: “This sector is 80 percent independently-owned mom and pop businesses, so it’s not like Microsoft is knocking on their doors. There’s been a massive shift in the last eight years and software companies are now actually looking at our industry thanks to the advent of smartphones and mobile computing, so businesses are starting to invest, but that’s all still new. SCI is a large company and yet there are 22,000 funeral homes in the United States and we have about a 16 percent market share. There wasn’t a market for large-scale implementation of software in this sector before and that’s only just changing.”

“First, we had to hire the right people, and then begin documenting absolutely everything,” Luczynski says. “After that we were finally able to develop an item hierarchy and get systems in place; we began using Coupa’s Procure-to-Pay system, ensuring we could track spend data and analytics. This gave us the information we needed to move the company’s culture from a decentralized one to the center-led system so we could leverage our scale.”

Due to the family-orientated nature of the business, this initial road map was made into a five-year road map as opposed to a traditional three-year road map. In Luczynski’s words: “We’re never going to let our process get in the way of helping a family. Our locations do an amazing job each and every day helping families at a difficult time of need and we didn’t want to do anything to disrupt that relationship.”

The three-year roadmap Luczynski is currently undertaking is more about leveraging the established procurement practices and expertise to move beyond SCI’s more traditional supply chain areas, and to focus on lowering costs in other sectors. Luczynski’s team has now bought more of Coupa’s services to aid with its current road map, as well as integrating procurement systems with the customer-facing contracting system, which saves time for the location and the customer.

“Right now, we’re focusing on much more integration in our systems, and a large portion of our effort from last year into this year has been all about talent development,” Luczynski says. “A top issue for CPOs recently has been about enhancing employees’ skills and ensuring their knowledge base is up-to-date so they can keep up with the changes occurring in procurement and supply chain, which shift with technology and R&D. We want to make sure all our folks are ready for that.”

The entirety of SCI’s supply chain is managed internally (with the exception of some support functions, such as those offered by Genpact, and some transactional functions), so despite the unusual nature of the industry, SCI’s procurement is no different than any large retailer when it comes to supply chain processes. The company boasts a fleet of 7,000 vehicles with a team to run it, and it manages about80 percent of spend from its headquarters, which is no different from any other large business aiming for consistency.

Maintaining a focus on people is integral to SCI. While one could be forgiven for assuming that a large corporation such as this might lose touch with the human element, a business focused on family services can’t afford to become detached. SCI boasts 24,000 employees, with 23,000 of them working on location, and those people have to be extraordinarily good at caring for families.

“Our employees are very empathetic, they’re really good at comforting families, and they don’t lose that. The only thing that’s changed is that when I got here in 2009, a lot of younger people were being brought in who are more tech-savvy; they were asking ‘why can’t you put this information on an iPad?’ The result is that they can give the customer a better experience and assist them even in their home.”

Luczynski’s team has worked hard over the past eight years and it has paid off thoroughly.

“We’re the only company in this industry that uses J.D. Power, and it’s engrained in our company and our customer service processes,” Luczynski says. “In 2016 we were awarded the President’s Award, which in the history of J.D. Power has only been given twelve times. So the people out in the field are doing a tremendous job, and we’re here to support them,” he concludes with absolute modesty. 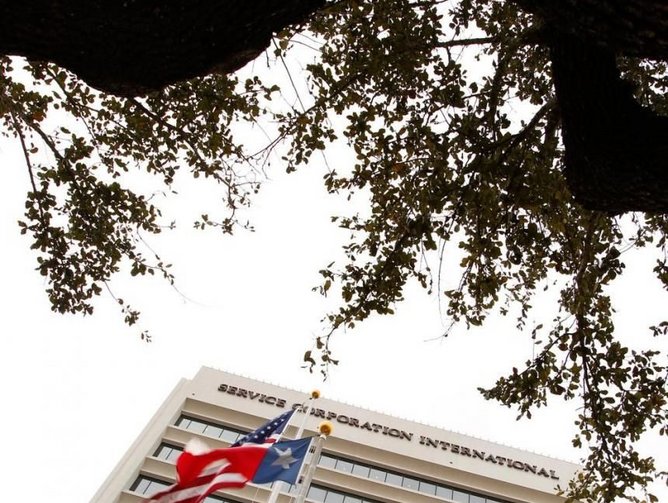 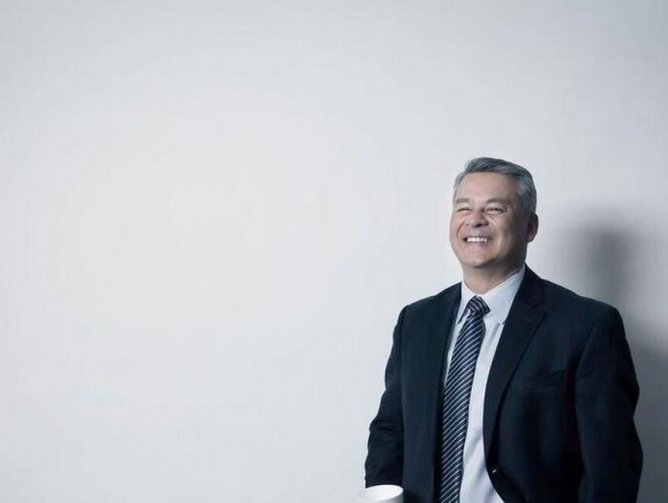 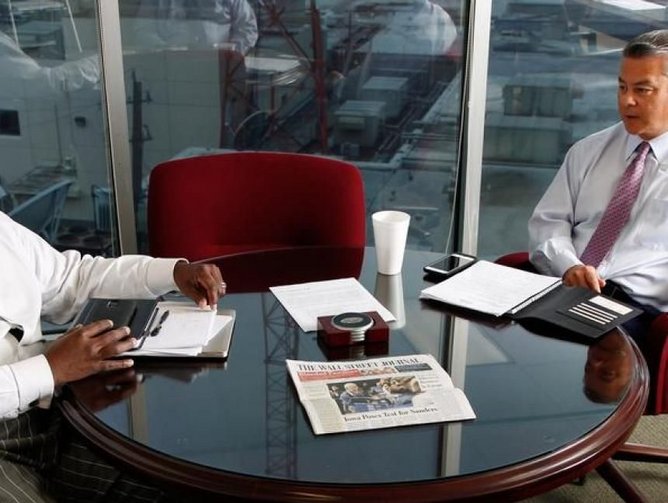 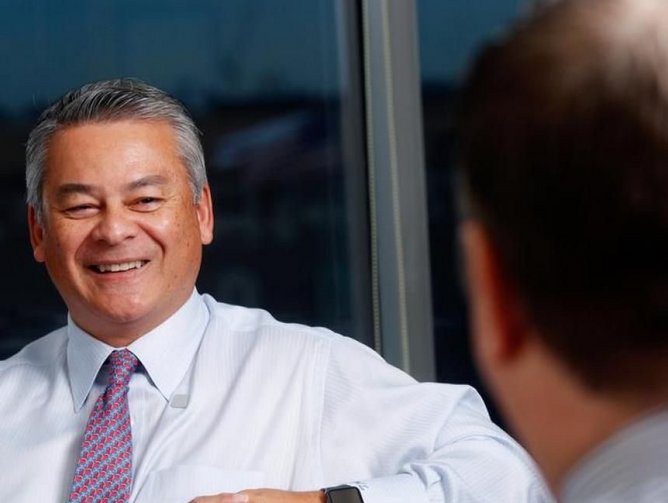 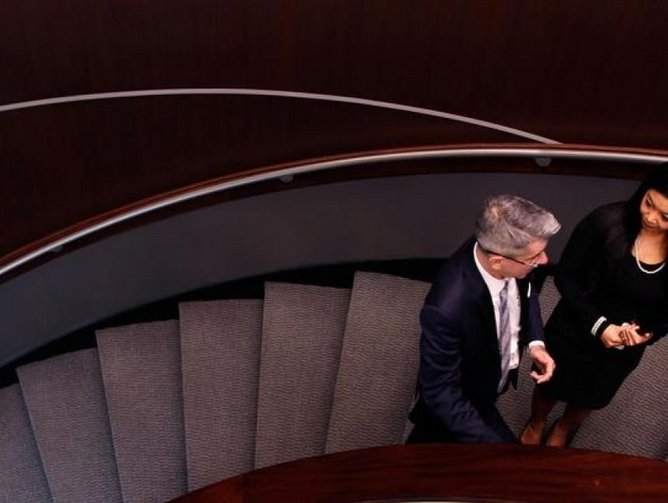 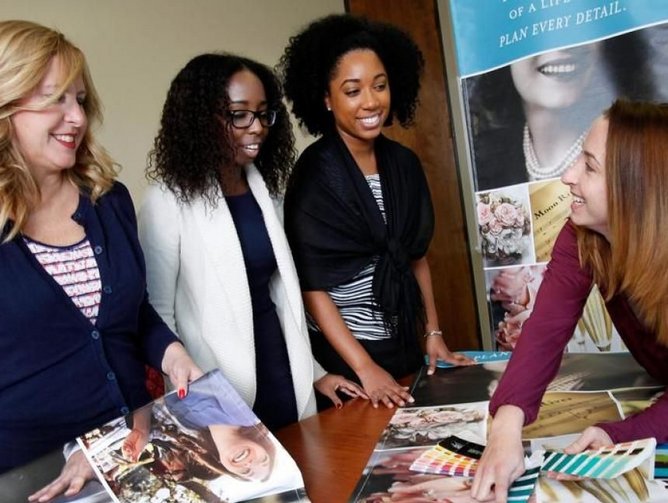 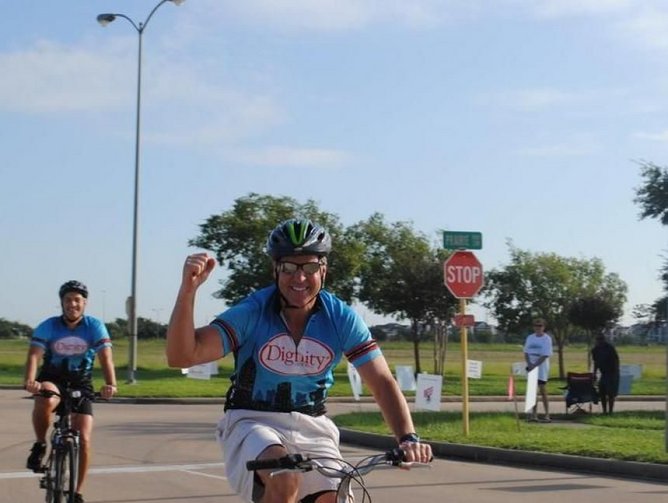 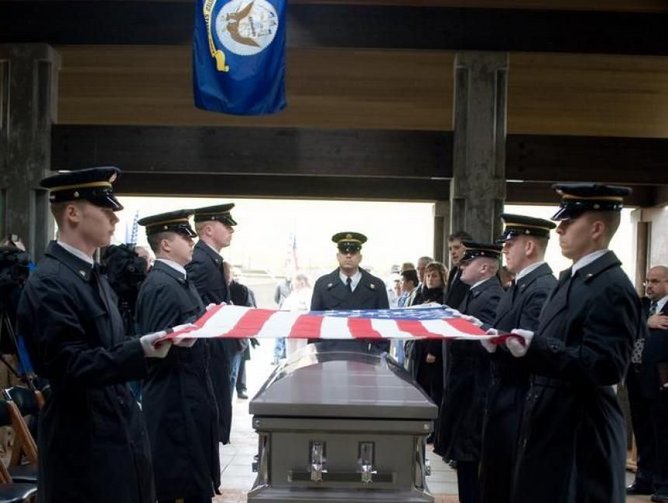