Founded in 1886, Century National Bank is located in Dresden, Ohio, and has been providing residents of Zanesville and Muskingum County with banking services for more than one hundred years. Today the bank serves six counties in Southern Ohio and has 16 banking centers in operation and takes pride in providing its customers with world-class customer service. “We combine great services with convenient banking options and extraordinary customer service. You really can expect a difference when you bank at Century,” Jody Spencer, VP of the Energy Team.

As a member of the Ohio Oil and Gas Foundation, Century National Bank has been slowly observing and exposing themselves to the Oil and Gas industry over the past few years and has been learning how they can become involved.  Recently, the company created its own energy banking team.

One of the reasons Century decided to become involved in the Oil and Gas industry is because the company saw the potential to advance the economy in eastern Ohio.  “The reason we took a good hard look at the industry is we believe that the Utica Shell play in eastern Ohio has the greatest opportunity on our local economy than anything else in the past,” explains Spencer.

He continues, “We're business people and we want to do well management business and commercial banking business and we do.  We lend more to small companies that are buying trucks and equipment and we're picking up investment customers as well, but the bottom line is the potential economic impact that can really change the complexion of some of the communities in eastern Ohio from where they've been in the last 75-100 years.”  Century proves that even though they may not be one of the big box banks, they can still bring solutions to the forefront that any big box bank can.

A Resource Clients Can Trust

What makes the company stand apart from its larger competitors is the way they approach the customer’s individual situation and create a financial solution unique to each customer.

“We're not sitting in big cities and we're not making a splash but we're not just going to throw money and go away; we don't do that. We start it from scratch, we learn the basics and we want to become a resource for clients.  I'm sure these big guys are going to do a lot more business than us but I'll tell you what, the people we do business with are going to be very pleased that we're taking care of their families for generations,” Spencer I proud to report.

“We look at every different angle with partners to be spun off and family dynamics so we can set this up. We had one family just in 2013 just with bonus money at a minimum we saved them over $70,000 in taxes last year just the way we set things up.”

Looking to the Future

Century National Bank may be a smaller bank, but it has big ambitions. It is looking towards expansion into more counties and plans to do so by offering an unbeatable level of service. “We're one of the largest employers in our market and we'll continue to be so from a local bank standpoint. We're looking at new opportunities as well. I see us growing the bank organically and through businesses as well,” says Spencer.

Working closely with the Oil and Gas Association has allowed Century to broaden their customer base and the company anticipates continued growth through this new sector.

“We are very committed to supporting the industry,” says Spencer.  Century National Bank has a dedicated management team who are constantly looking for opportunities in the sector. “We believe that we have been ahead of the curve in regards to supporting the sector and while the big banks are just beginning to catch on we have been working with key players for more than three years,” says Spencer.

Every service that Century National Bank provides is with its customers and clients in mind. It takes pride in building relationships with the communities in which it operates, listening to its needs and reacting to that. Century has built a fantastic reputation in the areas in which it serves and looks to continue growing.

“I think we're going to really see some numbers come out of here in the next five years.  We believe by building our energy team, quietly working and trying to meet our banks’ customer needs, building relationships through seminars and providing superb service to people they will continue to tell other people,” say Spencer. 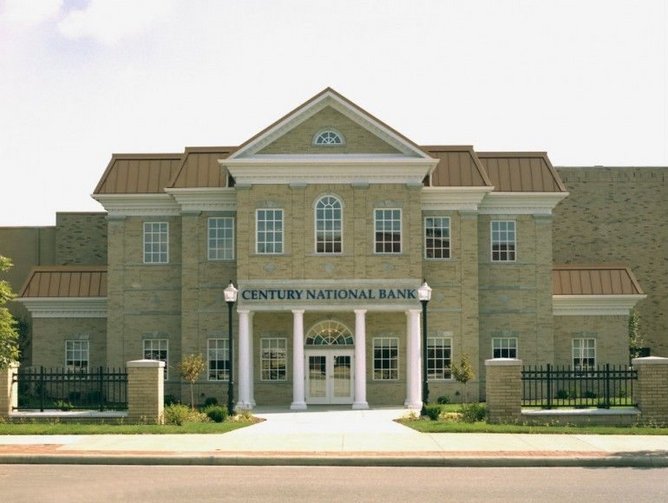