Family owned and operated, Cervini Painting & Decorating Ltd. has been in business for over  30 years. During this time, the company has become one of the largest painting contractors for new high-rise developments within the Greater Toronto Area.  As many of their clients are the top new home developers in Canada, customer service is a main priority throughout the Cervini business. In fact, it’s just one of several factors that have allowed this painting and decorating company to distinguish itself from others in the industry.

A Shade Brighter than the Competition

“We’re both a big and a small company,” Cervini stated. “We’re still small in a sense of how we run, operate and are structured, but we do a lot of work and have done a lot of work. We’re a small company at heart, but have gotten bigger over the years.”

Cervini has a goal of not only pleasing the client, but making sure that the contractor or customer becomes a repeat consumer. “We have a vision of doing the best we can, whether we’re making a lot of money or no money,” added Cervini.

Cervini Painting & Decorating Ltd. is very thorough throughout the entire painting process—from the initial quoting stage, to the actual procedure and finally, to the closing of the project. As part of its focus on customer service, the company does everything in its power to be proactive.

Cervini was brought up in this business with a certain mentality and still lives by it today: “No matter what you do, make sure you do the best job you can—whether you’re making a lot of money or no money.” After all, Cervini recognizes that it is the client that keeps him and his team in business: “At the end of the day, you’re working—and that’s a good thing.”

Green is the New Norm

Five years ago that the company made the conscious decision to “go green.” As Cervini explained, to “go green” is really not a new concept, but a normal method of the business. After doing the research and discovering how important it was to help the environment by recycling and reusing certain products, a valid effort was put into effect to help make the change. He said it was a “no brainer that the business was going to head this way.”

While most jobs are LEED category jobs or “green” jobs, there are still many that don’t require this particular form. Instead of having separate supply and paint lines, however, Cervini utilizes just one line to comply with the LEED stipulations. “We try to make sure that whether it’s a LEED category job or not, that it’s green regardless—we’re using green as much as possible.”

On top of being a “green” company, Cervini is in the process of implementing the use of an intumescent fire safety coating. Steel structures are becoming more common in Toronto, and need to be treated with this intumescent coating for better protection on the chance that a fire breaks out. Cervini has traveled to New York and other markets where this process is already taking place. While Cervini knows that it is only a matter of time before the coating becomes mandatory, he’s decided to take a proactive approach and become familiar with the method now so that he has “time to learn it and run his business with it.”

The sole purpose of this special coating is to keep the fire and heat away from a steel beam long enough for people to have an opportunity to evacuate the building during a fire. Depending on the fire rating or particular code of a structure, a certain amount of coating thickness is used on the metal. If a fire were to take a place, the coating expands to four or five times the actual surface it’s covering and acts as a barrier to keep the beam from getting too hot and collapsing under pressure.

Cervini noted that, while this isn’t an “aesthetically pleasing looking paint, it’s not meant for looks.” He did mention that in most cases the fire safety coating can be painted over with regular paint to better match the surroundings.

Painting Their Way to the Top

Cervini Painting & Decorating Ltd. is recognized as a “Top Specialty Contractor” in Toronto, as the company has worked on the most high-rise condominium projects in Toronto and the Greater Toronto Area over the last 20yrs—at one point in the last few years,  Toronto had the most highirse projects in the world. “We’ve never lost a project because of quality,” said Cervini. “If we’ve lost a project, it’s more for budgets and costs than anything.”

The majority of the jobs that the company is working on at the moment and the vast amount of clients are those associated with high-rise buildings. “We’ve been painted into being a high rise painter,” Cervini quipped. However, the team does have lots of experience doing commercial work.

One of the most fascinating projects that Cervini has been a part of was the Absolute World Twin Towers, which have been dubbed the “Marilyn Monroe Towers” due to the curves of the structures. Each floor of the skyscrapers was shifted  on an angle to give it the revolution effect. One reason these buildings are so well recognized is due to the fact that you can see for miles; even from the CN Tower in Toronto can be seen from this location, a good 50 or 60 miles away.

One of Cervini’s current projects is the Aspen Ridge project. Cervini mentioned that its location helps to set it apart from other builds. “Two different worlds are within walking distance,” He said. Hospitals, the club scene, trendy areas and baseball fields can all be reached without the aid of a vehicle or bicycle. The building itself is not a typical tower, but has more of an art theme and has been designed to different exterior elevations. Hullmark Center is another example of the mulit type projects that Cervini has complete being a mix use of commercial, retail and residential in 2 stunning towers by Tridel.

The Colors the Future Holds for the Industry

Cervini Painting & Decorating Ltd. is known for mixing its younger staff with its veteran employees. Cervini stated, “It’s important to find the person who wants to learn and who can put their pride in their back pocket.” New or younger employees can learn insight from workers who have been with Cervini longer. However, the older employees are not training the younger staff as their replacement. With this process, no one has to worry about losing their job.

In fact, Cervini mentioned, “Attitude and the economy are what dictate the longevity of an employee’s job with us.” While no one can control the way of the economy, workers can control how they choose to behave.

When discussing what’s in store for the industry, Cervini noted that there isn’t enough of the younger generation getting involved. With his company, he hopes to set an example and take the business back to what it used to be, with respect and appreciation for this specific trade. While too many people seem to be working without experience or knowledge, Cervini knows how important it is for him and his team to be “pure, know-how painters.” 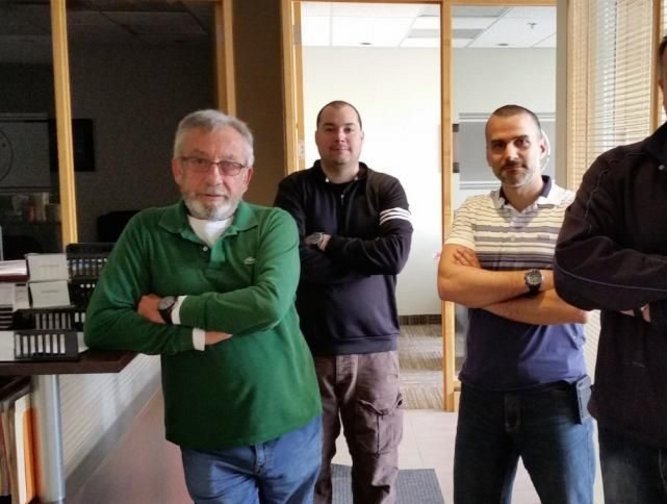 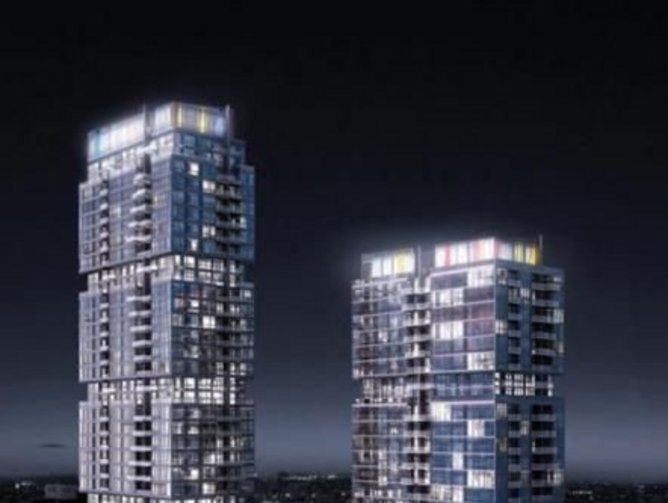 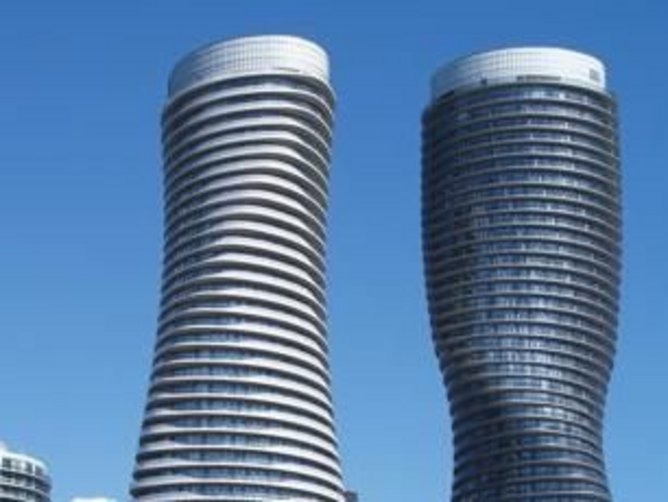 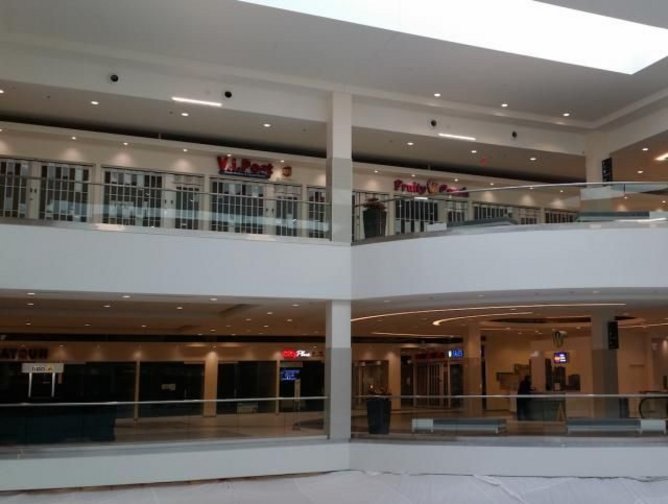 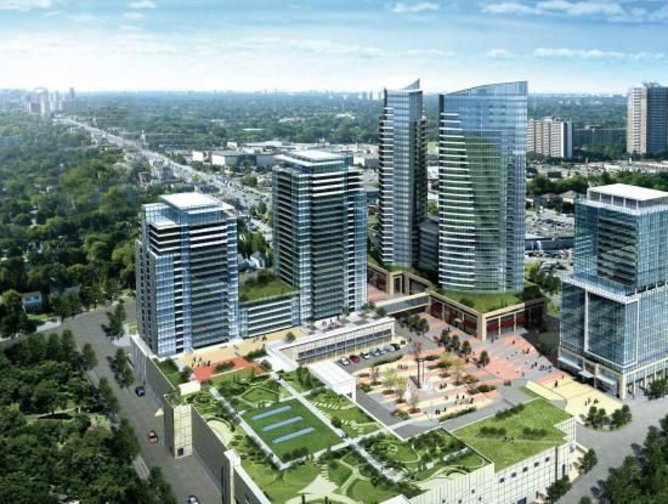 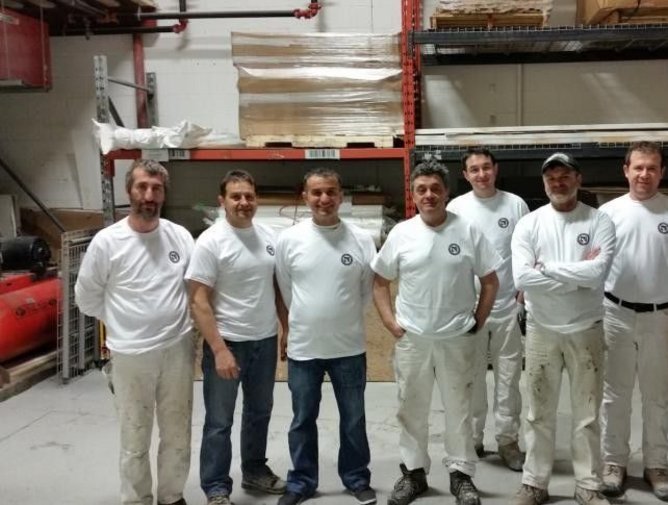 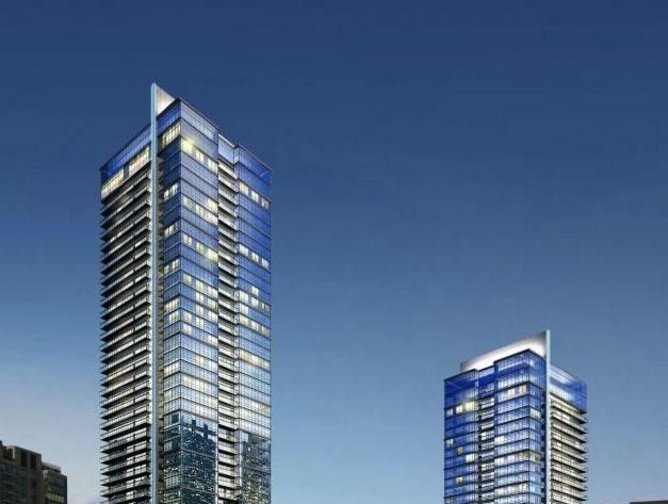