City of Hamilton: technology for growth

View Full Report
Cyrus Tehrani, Chief Digital Officer at the City of Hamilton, on the city’s extensive digital programmes and the benefits they have provided through C...

Cyrus Tehrani is Chief Digital Officer at the City of Hamilton, a role which attracted him due to its unusual specifications. “They were filling a Chief Digital Officer role and looking to do some creative things. Many cities don't have CDOs yet and the opportunity to help shape the direction of digital transformation was what attracted me to the role. ” Despite the ‘Digital’ in his job title, Tehrani’s influence extends beyond that domain. “It’s a bit of an odd portfolio in the sense of a CDO per se, where my focus isn't solely on the digital service channel deliveries that the city has.”

Instead, Tehrani oversees a diverse portfolio based around digital transformation as well as being a champion to promote the digital transformation occurring across the wide range of services the city provides. “That involves looking at processes both internally and externally. For instance, our digital communication team is in the midst of a project to completely refresh our website, ensuring it’s multilingual and in-line with new web standards for those with disabilities.” Other initiatives include corporate partnerships and standing up additional digital services to give people the ability to interact with the city across multimodal channels. “We've launched a digital online engagement platform where we can put up projects and have people interact with them and give us feedback on those projects - which has been really great due to COVID and the inherent limitations on in-person engagement activities.”

A significant part of Tehrani’s role sees him overseeing smart city initiatives, partnerships as well as innovation. The city recently introduced a transit app to make it easier to plan trips thanks to estimated arrival times and trip planning functionality. “Our transit division worked with the software developer that creates our scheduling and transit management systems, which were already pretty advanced. Bus stops have phone number where you could text to get detailed route information, and we have an interactive voice system where you could call in and get information but the new app further enhances the service experience for our transit riders.” Also implemented have been measures to further simplify the experience of citizens, with digital payment solutions at parking meters and upgraded digital library selections.

Enhancements to city digital services delivery is prioritized based on value to citizens as Tehrani explains. “We’ve launched an online engagement platform, where people can pin places on a map, if they're talking about a park for instance, and tell us what features they do or don't like. From that, we can engage them with surveys and provide them with a timeline and visibility of who's listening to their concerns.” Another important issue for a city of Hamilton’s size and mix of urban, suburban and rural environments is internet access, especially in the age of COVID-19, and it has subsequently embarked on a broadband survey to identify connectivity requirements. Tehrani affirms that the ethos behind such initiatives is all about getting people to better interact with the city. “It's not necessarily about the shiniest technology solutions. It’s more about making sure you improve the processes around how people engage with the city.”

The digital measures and programmes already in place were undoubtedly beneficial in the city’s response to the COVID-19 pandemic, including keeping the wheels of democracy turning. “The city was able to move quickly to virtual council meetings, virtual committee meetings,” says Tehrani. “We worked closely with our local network provider, a local cable channel and with our IT group to be able to have all of our counselors meet and vote virtually on a virtual voting platform and conduct meetings via Webex.” Among its other responses to the virus was a partnership between the city, the public library, two school boards and its regional innovation centre. “That involved collecting up all of the 3D printers that were present across those organisations and setting them up at the central library branch. This resulted in a lab of 25 to30 devices printing PPE face shields, which were then distributed and provided back to the city and then also distributed out to agencies in need.”

The city’s initiatives are supported by the work of trusted partners, including Cisco which provides much of the city’s operating hardware. “We have a large footprint of buildings and infrastructure within the city - over 200 facilities that are connected across our infrastructure, whether that be wired or wireless. All of our public buildings are generally wifi-enabled, including recreation centers, senior centers, pools, arenas, libraries and civic buildings, where citizens would go to interact with citizen services. Cisco provides that backbone core network infrastructure for the city.”

There is a lot of innovation also occurring in the city including the McMaster Innovation Park. “It's under development and continues to grow, but in terms of square footage, it will be one of the largest of its kind in North America,” says Tehrani. The idea behind the park is in converting research projects into commercialisation. “It will have conference space, hotel space, and room for a broad mix of startups, SMBs and more established companies. It's literally an entire city block.”

That’s very much in line with the city’s vision for the future, having historically been an industrial steel town. “Hamilton has really diversified its economy,” says Tehrani. “We've gone from, historically, a mostly heavy manufacturing-based economy to a mix of technology, life sciences, creative industries, goods movement, agribusiness and food processing, tourism and advanced manufacturing .” Hamilton has duly been recognised as among the Top7 Intelligent Communities of 2020 by the Intelligent Community Forum. “That looks at several economic domains such as connectivity, work and innovation as well as social and cultural growth such as engagement, inclusion and sustainability. It’s with the idea of moving from a view of ‘smart’ cities, which might be a little bit more focused on the technology side of things, to a more holistic view of the programmes that a city and partner institutions deliver.”

Going forwards, Tehrani is focused on continuing to improve digital means of service delivery, as people become accustomed to multimodal delivery common to tech companies. “Everything we do is underlined with the aim of using technology with the goal of supporting ease of access to service delivery and the economic growth of the community,“ he says. 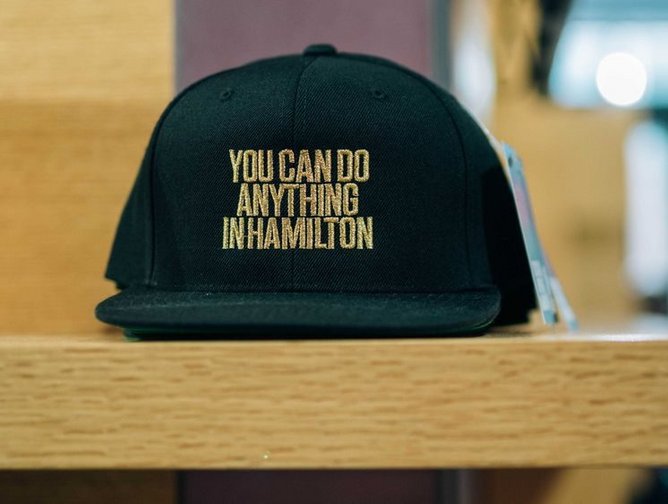 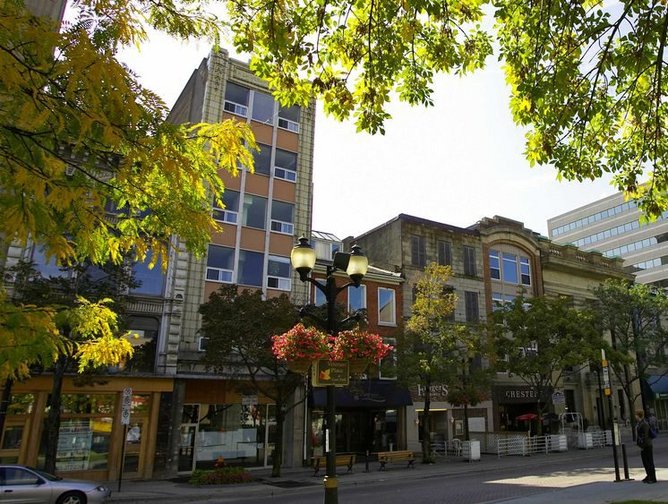 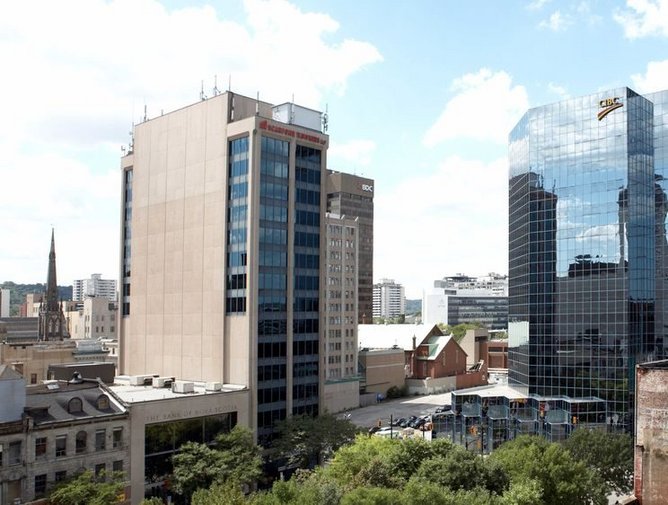