The City of LA: using innovation and community engagement to tackle climate change

Doug Walters is currently engaged in a project under the direction of Eric Garcetti, the Mayor of Los Angeles, focused on addressing the escalating challenges of climate change. LA’s geographical location brings a host of varying landscapes within the vicinity of the city. This, combined with the increasing challenges of climate change and our impact on the environment, presents several unique obstacles to the infrastructure and maintenance of the city, as Walters explains. “We’ve seen rising temperatures; pollutants that we inhale are increasing concerns about public health rates and our ability to breathe freely; we’ve seen wildfires in our hillsides and, when it does rain, we often see flooding in our streets. It’s a challenge for any advancing society, particularly as people start to develop and build further into the outlying area of the city,” he says.

The diverse range of challenges faced by Walters has led him towards a holistic approach where contributing factors from urban and natural environments have to be considered and siloed solutions must be set aside for a more focused approach. Often, this means looking at transforming behaviors alongside the technologies to support the change. “There are many instances where there are environmental emergencies and economic opportunities that call us to tackle climate change and start looking at different ways we can change our behavior to limit our carbon emissions,” Walters explains. “Whether that be in our urban environments or in the suburbs or elsewhere, we’re working to reduce the negative impacts that certain communities have faced from decisions made decades ago that result in some bearing the brunt of a lot of industrial waste or dirty air, for example. We’re moving a lot of those new technologies into those communities to manage waste.”

Walters has been working closely with Mayor Garcetti’s Chief Sustainability Officer (CSO), Lauren Faber-O’Conner, along with 27 other CSOs across the city’s departments to outline over 200 goals that, if achieved, will meet Los Angeles’ aspirations. Those led by LA Sanitation and Environment include initiatives for 100% recycled water, solar installations, alleviating health concerns around homeless encampments by creating rapid response teams to collect abandoned waste, and abating the rat population. Discussing the progress the department has made towards its own sustainability goals, he says that “our Mayor put forth a sustainability plan back in 2015, which is committing all of us in the city – and certainly the municipal departments – towards a more low-carbon, green energy future. In April, he updated the plan because many of the goals that were on track to be achieved, about 90%, had already been met.”

Alongside technology, Walters is keen to reiterate that education is a key factor in tackling climate change: “There’s a lot more awareness in the population as a whole,” he says. “We’ve been educating children on environmental issues for several decades and, as they have matured, they have fostered a more socially responsible population.”

This cultural shift has forced industries to take note of the necessary changes, and municipal bodies now meet less resistance from commercial and technological sectors. “It allows those who are more ambitious, which is certainly a growing number in the city including our Mayor, to really scale up a lot of these goals and bring in industries that have new ideas or new technologies so that we can be more aggressive in our timelines and approach,” Walters elaborates.

LA has experienced drought and flooding regularly over the past decade, making water management an increasingly pressing issue. The city’s stormwater programme is set to tackle both of these problems through the redirecting and repurposing of stormwater. “The programme started in the early 90s and it recently had a huge boost,” Walters explains. “When it does rain in LA, for maybe 30 days of the year, we get a lot. We tend to get floods, and the sad part is that so much of that water runs straight off our streets and directly into the ocean and river. It is, effectively, wasted. By rethinking our approach and broadening our appeal to other sectors, we can reuse water to preserve and enhance the City’s biodiversity, something that most urban dwellers don’t often think about.”

The new initiative is looking to engage the community in environmental conservation through educational programmes and focused funding. Through such engagement, citizens are able to actively contribute to the wellbeing of the city and themselves. “We have a host of low-impact, best management practices to get homeowners or businesses to capture that first inch of rain and treat it,” says Walters. “We can then provide guidance on what the treatment practices and equipment may be.”

Technology is playing a vital role in managing and meeting the demands the city has on its limited water resources. With regards to this, Walters is working with teams to develop these technological innovations and increase the supply of key resources. He explains: “We’re reducing our dependence on water from a snow pack up in the northern part of the state. We’re looking at different membrane technologies, membrane bioreactors, reverse osmosis and other advanced treatments so we can process and manage our wastewater more effectively while reducing costs to the city.”

Walters supports low-tech, green solutions that will not only reduce the city’s net carbon emissions but also improve its aesthetic and living standards. “We can never forget trees. They are such a powerful asset to have. They absorb pollutants through root systems, convert carbon from our atmosphere and shield us from the heat and airborne pollutants. We’ve been planting trees in impacted neighborhoods, and this has become a big part of our strategy to cool the environment down,” said Walters.

In 2028, from 21 July to 6 August, LA will play host to the Olympic Games. Walters and his team have been working towards making the games a zero-carbon event, as well as to raise awareness of the city’s sustainability goals. Speaking on the ambitions in place, Walters says, “We’ve been rolling up our sleeves, looking at ways to make this the most sustainable games ever. We have a commitment to making them the ‘zero-waste’ games. The Olympic planners are directly working with all of our big sponsors. They have a huge role; they commit a lot of money to make the games successful, but we want to make them aware that we don’t expect to see lots of plastics making their way into our environment.”

LA is meeting the challenge of becoming a leader in sustainability and intelligent resource management while using its reputation to change opinions and raise awareness around the solutions a government can enact to better its citizens’ lives. “We want people to think of LA as more than a jungle of entertainment, glitz and glamour,” says Walters. “We are proud of that image, but there is more to it. Now, we are closer to nature, we’ve planted more trees and made leaps towards a sustainable future for our citizens and for the environment.” 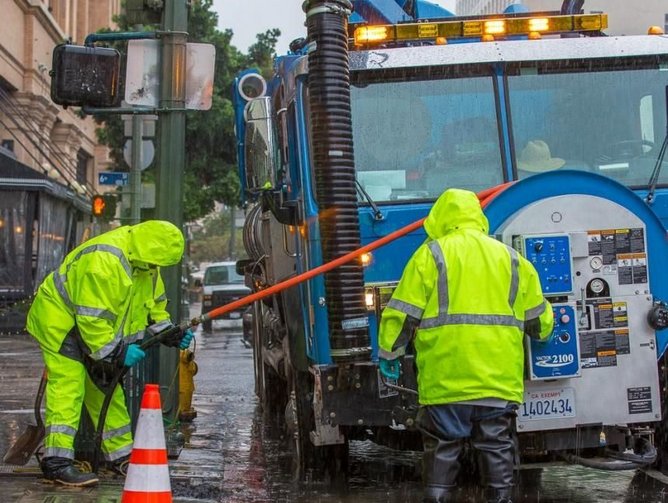 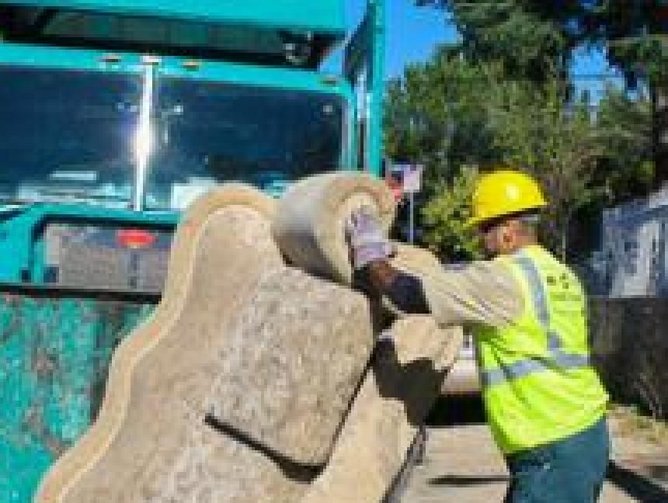 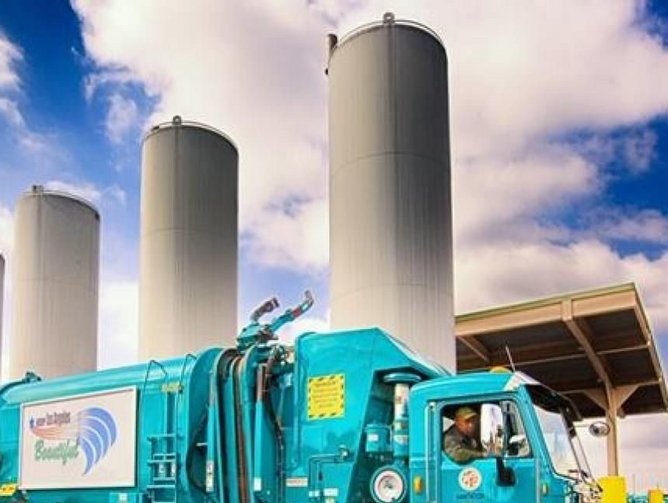 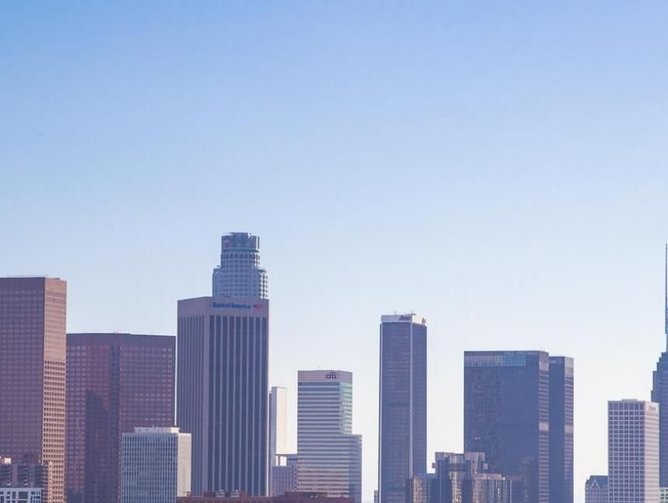 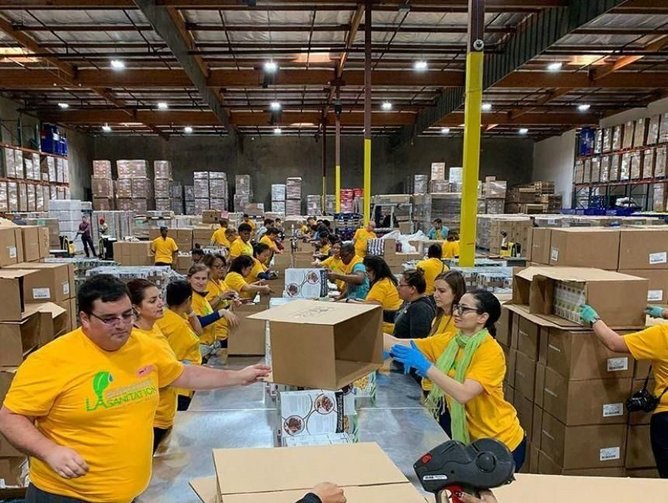