The City of Mississauga: a connected and engaged workplace

Many cities round the world aspire to be called 'smart': very few have adopted enabling technology as well or as thoroughly as Mississauga.

What might be the first impression of an unprepared visitor flying into Pearson International Airport, Canada's busiest, then proceeding into the City of Mississauga where it is located? It is a good introduction to Canada, displaying many of the features people associate with that huge country. Our visitor will quickly find that this is no mere suburb of nearby Toronto, but a vibrant self-contained community, spread out over 111 square miles and generous open spaces – it has more than 480 parks and 23 major trail systems including part of a 485 mile waterfront trail running from Niagara-on-the-Lake to the Quebec border. Mississauga is also an aquatic and maritime city, with a port, marinas and more than eight miles of frontage onto Lake Ontario.

As likely as not, the visitor may be coming on business. The City is within a few hours' drive of North America's richest markets in Canada and the USA with access to 164 million consumers. With close to 55,000 registered businesses employing more than 425,000 people, Mississauga is home to 61 Fortune 500 Canadian or major divisional head offices and 50 Fortune Global 500 Canadian headquarters.

That didn't happen by accident. As an entity Mississauga is relatively new having been founded in 1974. It's had the advantage of growing up with the advent and growing capability of technology, an advantage it has seized with both hands, explains the city's Director of Information Technology and Chief Information Officer (CIO) Shawn Slack. Slack has been in various leadership roles for the last 18 years including CIO for the last 4 years. The City of Mississauga became one of the first in the world to install fibre infrastructure in the late 1990’s to its buildings and facilities. Back then it was a bold move to abandon the traditional telco provider model in favour of VOIP communications delivered over a fibre network, but it happened fortuitously when the City couldn't get any of the telecoms companies to provide a service to one municipal building. There was no choice but to install fibre. “That worked, so we built out a little bit more fibre, and quickly saw we could build a complete network.” Other adjacent municipalities came in to share the cost and today the fibre network, a registered not for profit telecommunications provider, exceeding over 40,000 strand kilometres of fibre; enough to circle the planet.

The early wins were succeeded by many more as technology developed. “We found that we could make significant savings, many of them in ways we did not anticipate.” The reduced spend on leasing lines and other telecom infrastructure costs was immediate, and with a single network to carry both came other benefits. “There was only one network to manage for voice and data to our buildings and key amenities. The City of Mississauga network is comprised of Wired and Wireless networks supporte by cellular primarily for the City’s fleet of vehicles. We no longer had to rely on commercially available telecom to grow our network and benefited from over all lower costs of our wide area network.” There was also a big payoff in improved business continuity, he adds, since dual homing or routing gave the assurance of redundancy in the event of a fibre break.

By taking this step Mississauga laid the foundations of what we now call a Smart City, positioning Mississauga as a leader in the use of technology and a reputation that can attract businesses trying to choose where to locate their operations. We have the airport and are close to also major highways. Government can be an enabler – or a barrier. Our strategic plan for the city has laid this out very clearly. Business leaders who come to the Mayor's office or our Economic Development Office soon learn that this is an enabling place to establish a business. If you have a reputation as a technologically sophisticated location; that draws people in.”

Mississauga was very far ahead, a pioneer among Smart Ccities. Today the buzz is all around the concept: from Masdar City on a greenfield site at Abu Dhabi to 'retrofitted' cities like Milton Keynes in the UK or the 100 cities identified by India for ICT upgrading, there is competition to define and achieve best practice. However Mississauga has not rested on its early laurels – Shawn Slack thrives on learning from other leadersers and great Smart City initiatives so that the best of this can be considered for adoption to enable City Services. “We don’t want to be known simply as a Smart City but rather a great City with a great vision that enables a connected and engaged commuinty, a Smart City.”

The IT Master Plan approved in October 2015 has an overall vision of creating a connected community. However it avoided over specification. “We had a high level of engagement both with the stakeholders and the vendor community,” says Slack. “We reached out to the vendor community and spent time with them to find out what they think the future holds from a technology perspective, what are the best practices being used now, then tell us what might work for the public sector.”

This was a new approach, and the major technology companies that were approached were enthusiastic. These included Apple, SAP, Bell Canada, Cisco Systems, LinkedIn, Google, Microsoft, OnX and others. The partners really got engaged, sending their people to ride in a Fire Truck or visit the Libraries and Parks, yielding a number of mini projects to leverage technology in small effective ways without much investment. Cisco for example became deeply involved in a plan to roll out district WiFi. “Mississauga is made up of many smaller districts linked by a corridor where small businesses and tourism have collected. We are undertaking plans in that corridor to build a WiFi district throughout it. It will include free public WiFi and at the same time create a digital presence for small businesses, on which they can advertise, with our City Services promoted on that same platform.”

Cisco, its implementation partner OnX and the City will work together like a three-legged stool to deploy sensor technology throughout Mississauga. Tim Schnare, OnX's CTO and VP of Strategy for Canada has been working with the City for nearly as long as Shawn Slack, providing best in class solutions with the experience, expertise and infrastructure required to support a Smart City. “Our focus is to drive relevance and transformational service based on a 'smart and connected' framework founded on connecting previously unconnected things, and that in turn improves the way government delivers its services,” he says. “We bring technology in, for example integrating the free public wireless network that's planned for all the major corridors' in the city with display boards at key points, and linking sensors to monitor traffic flow, parking, air quality, temperature, and footfall.”

Cisco has been at the forefront of recognising the value of digital transformation and the benefits that technology can deliver to city operations and citizen engagement, adds Brian Donlan, Cisco Canada's regional VP of sales. “In working with OnX and the City of Mississauga we have deployed technologies such as public WiFi and mobility that give Mississauga’s small businesses innovative opportunities to drive new revenue and have new customer insight. Our partnership is also delivering new digital services to citizens that deliver efficiency, productivity and transparency.”

The Internet of Things (IoT) is about connecting things, City Services and engaging the public with technology at the heart of it. Shawn Slack believes in leadership first, then technology enablers and is fortunate to have a Mayor and City Manager who are great leaders and understand the role of technology. “A big part of our IT Strategy was to be shovel ready for funding announcements that could be applied focusing on outcomes such as customer service and efficiencies recognizing that technology was the key enabler. When the last funding announcement came out we put forward a proposal to create 'i-parks', and put WiFi and sensors in our parks to measure participation, foot traffic and usage patterns.” Now it will be possible, for example, to know when to empty garbage bins only when they are getting full, or to pick up litter based on park utilisation.

There are countless other examples – Mississauga already has sensors at key intersections to detect traffic flows and any abnormalities. These sensors may soon be able to detect the presence of an emergency vehicle and automatically phase traffic lights to let it through. Innovation in sensor technology is happening all the time – but it is the ability to connect them effectively over wireless and fibre networks that make a truly Smart City.

Shawn Slack has seen his role change as radically as the tools available to him. It's fair to say that Mississauga never really treated IT as a back office utility, however today he sits with the Mayor and Council, bringing the voice of technology to strategy making. Now each department like Libraries, Transit, Fire, the Culture Division or Planning, has its own technology road map, enabling management in the process of identifying the opportunities before them and how these feed into their investment plan and budgets. 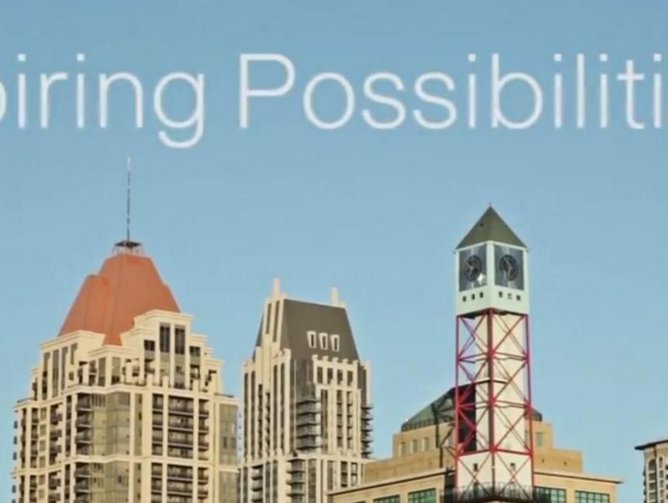 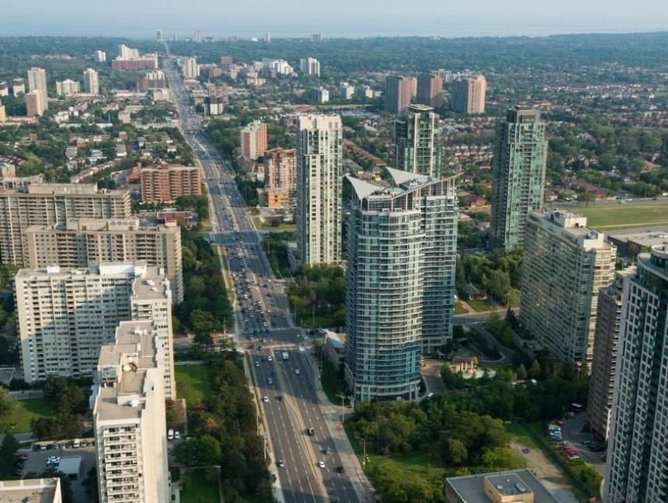 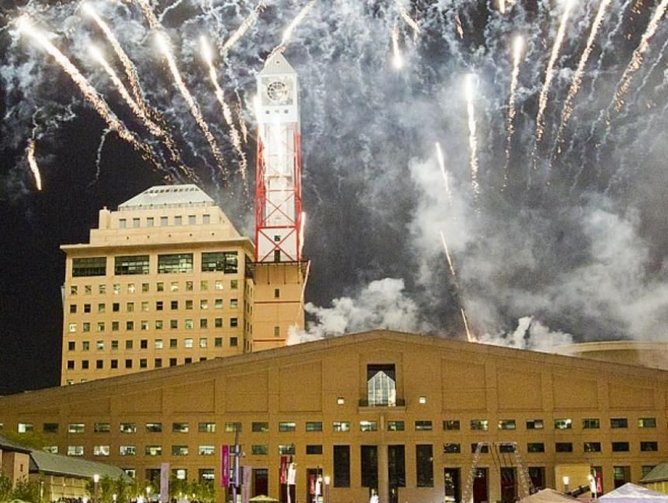