Cleaning Up Lake Erie with the Black River Tunnel Project

Lake Erie is a precious resource for the cities that surround it – but with rising pollution and contamination from outdated sewer systems, the lake and its communities were in trouble. The Ohio-based city of Lorain is one of the lake-lining cities that the US Environmental Protection Agency (EPA) has tasked with cleaning up its sewer systems to help clean up the lake, and it employed Walsh Construction and Super Excavators to help make it happen. The joint venture’s Black River Tunnel project is currently underway, and its completion signals a brighter future for Lorain and for Lake Erie.

“The problem right now is that currently, when there are rain events, the city of Lorain has a lot of stormwater intrusion into its sanitary system, which in turn causes the sewers to flood along with basements and streets,” explains Walsh Construction project manager Mark Hedrick. “That becomes a big cleanup, and a health hazard as well.”

The Black River Tunnel project is an estimated $65 million endeavor aiming to correct this problem by diverting overflow through additional tunnels, so that stormwater stays separate and contained instead of running off into the lake. This is being achieved through the construction of a series of shafts, a tunnel, and a pump station. As a leader in municipal pump station design builds and construction management, Walsh Construction has been able to bring extensive capability and experience to the job, which is currently slated for completion in 2016.

From its co-sponsor participation in the industry wide Safety Week 2014, to its own Matthew Myles Walsh, II Founders National Safety Award recognizing the accomplishments of other industry leaders, safety is a massive priority for Walsh Construction Group. “Safety is a top priority over everything – whether it be cost, scheduling, or anything else, the safety and security of our employees is definitely the top priority,” says Hedrick.

As it is with all Walsh Construction projects, this priority is also central to the Black River Tunnel project. At times, this can present a challenge. “We have a project labor agreement which requires 75 percent of local residents, and this is the only tunnel in Lorain so you have a limited workforce with knowledge of tunneling,” says Hedrick. But the safety of its crew is nonnegotiable, and the construction group understands that a lack of specific and standardized workplace knowledge can put everyone on the worksite in danger.

Therefore, in order to support this priority and overcome its challenges, the most important tool in Walsh Construction’s toolbox is workplace training and education. “We had additional training both for the work and for safety measures to keep everybody safe while meeting the local requirements,” says Hedrick.

A Range of Training

The training regimen on the Black River Tunnel project goes beyond the basics, ensuring that workers are prepared for a variety of critical situations.

“We had to train tunnel rescue crews – the local rescue forces of fire and police do not do that, so we went and trained our own employees,” says Hedrick noting that this includes not just training, but Walsh Construction purchasing a full array of tunnel rescue equipment to provide workers with all the tools they would need in the event of a potential accident.

But workplace safety is not just about workers knowing what to do in the case of a problem. It’s also about workers using the right protocols and procedures in order to ideally prevent accidents from happening in the first place. To this end, Walsh Construction employs a policy of worker training that is comprehensive and ongoing.

“We do weekly and daily safety meetings, which is also another form of training,” says Hedrick. “If anything new comes up we pull the guys off the job site and do training as needed. If people have questions, we’re always willing to do retraining, or if they come up with something that we haven’t hit on yet, we always encourage our employees to bring items forward so that we can get them addressed and keep them safe.”

Upon completion, the benefits of the Black River Tunnel project will be crystal clear. “One would be that they would not be subject to fines from the EPA, which is always beneficial – just getting that out of the way will be huge,” says Hedrick. But the project also paves the way for the city’s future development and revitalization.

“This community thrives off the lake – you could say it would be an economic stimulator for the area to have a cleaner lake,” says Hedrick. “People like to fish, they like boating, and another result of this project is to help open up development along the Black River and along Lake Erie here in Lorain. One of the city’s future plans is to develop the area, and this is a big part of it.”

The Black River Tunnel project is one of several similar projects happening within Ohio, with several cleanup efforts underway from Akron to Cleveland. According to Hedrick, these current projects could very well be precursors of many more projects to come along Lake Erie and throughout the region.

“This seems to be a growing trend with taking care of the Great Lakes,” he says, adding that Walsh Construction hopes to be part of this important effort beyond Black River Tunnel. “Fresh water is important for life – they’re a major asset to the area so we have to keep our lakes clean.” 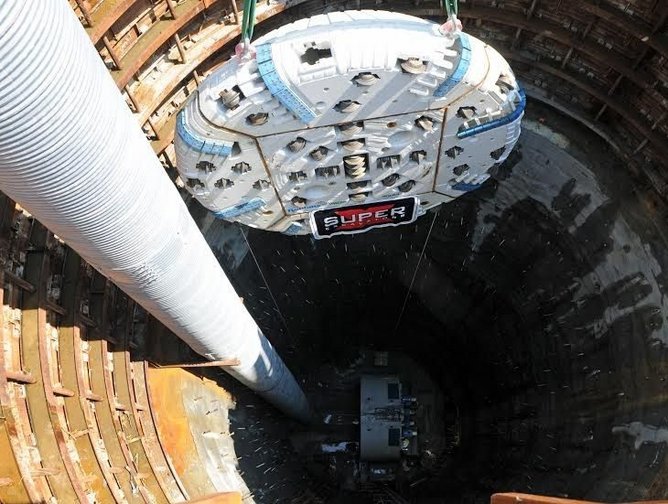 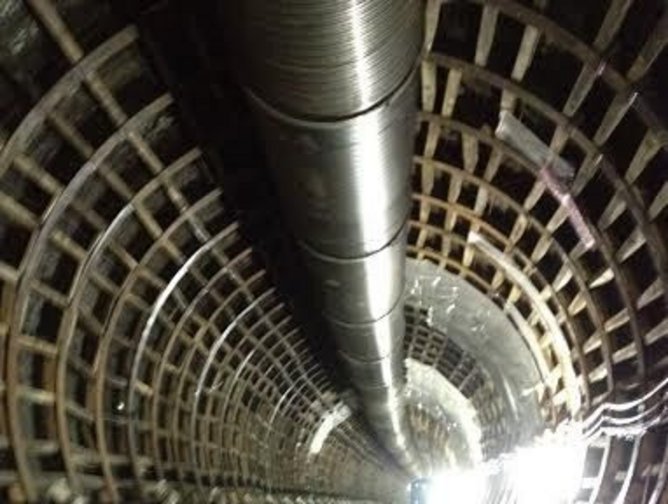 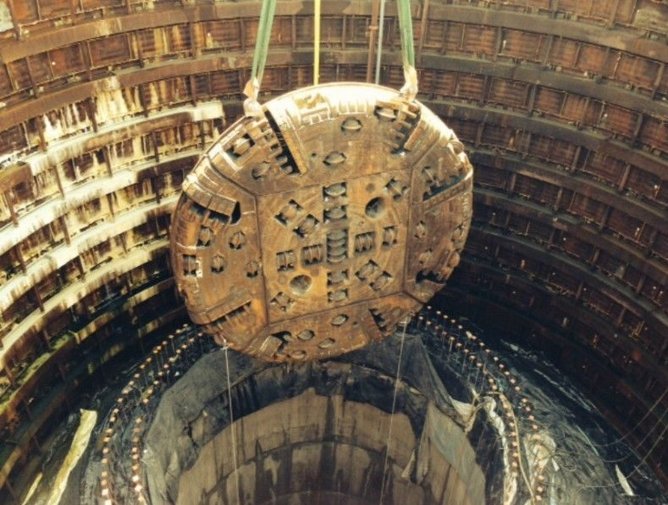 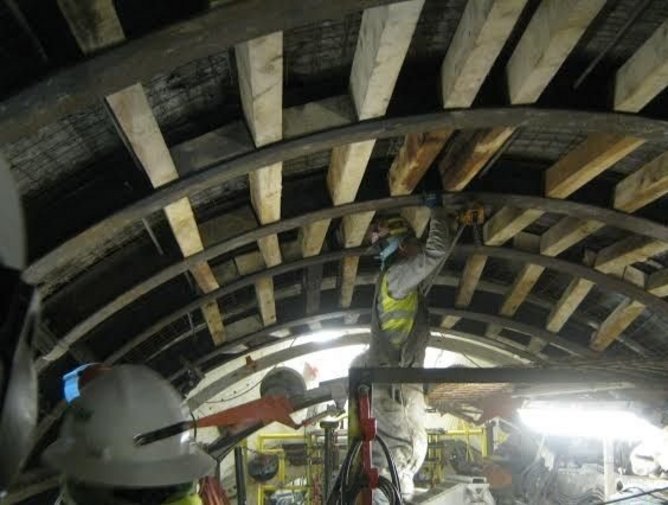 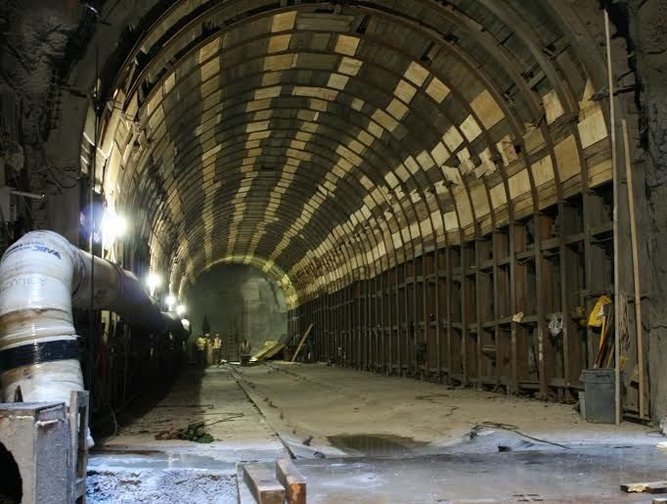 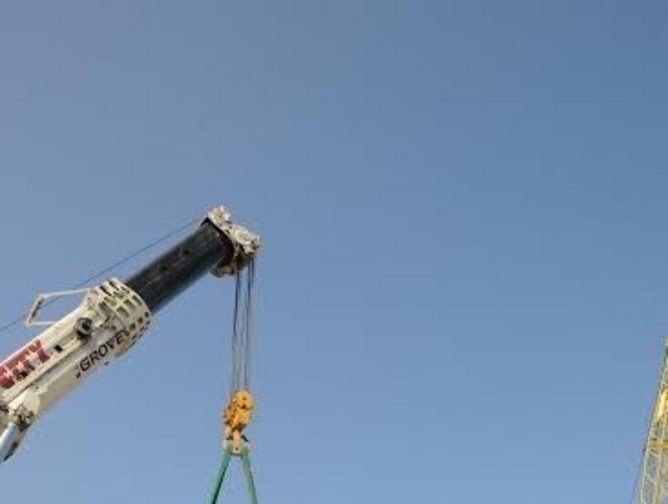 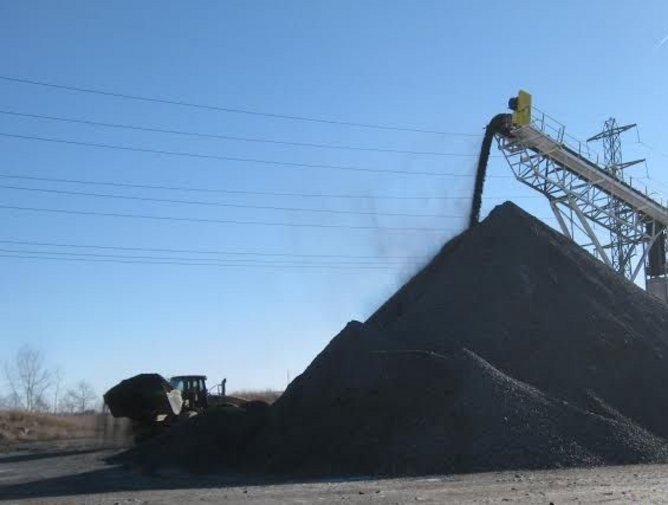