For over a quarter of a century Telefónica has forged for itself a presence in the global telecommunications market, and has become one of the largest telephone operators and mobile network providers in the world by pursuing a single minded policy of expansion and growth. From being limited to the Spanish market, which it has dominated ever since it was founded in 1924, it now has a presence in 21 countries including China, but with a particular focus on Europe and the Americas. The company, however, is not content in being one of a number of players in these markets. By strategically acquiring where it needs to do so, Telefónica has made sure that it is either the market leader or the close challenger. For example, in Brazil the leading landline and mobile telecoms operator is Telefónica's Vivo, followed by GVT that was acquired by the group in 2015.

That said, the company that Angel Barrio, CEO, runs is definitely an exception to the rule. Unlike the Latin American companies, Telefónica owns no fixed or mobile networks in the USA and has no plans to compete in that space. “The operation we have in Telefónica USA is quite different from the operations we run elsewhere in the world,” says Barrio. “The only assets we control here are our data center in Florida, and international assets, in the sense of supplying cables to connect our clients in the US to the rest of the world, particularly Latin America.”

This definitely does not mean that the USA company is behind its sisters. On the contrary, its business model is a pattern for the group in the years to come. As the American arm of global Telefónica, it delivers services to the group as a whole, and this is an important part of its mission. Telefónica USA's sales effort concentrates on three elements, the first of which is the international communication service it offers to American customers who are trading with the rest of the world. In particular, the huge amount of trade that the USA carries out with Mexico, South and Central America is a target for Angel Barrio. However, its main source of revenue is the business it does with its customers within the USA, providing 'over the top' services rather than networks.

Increasingly, the provision of network infrastructure, the traditional territory of former national telcos like Telefónica, are becoming a commodity. Value-added services for large companies that require a complete suite of cloud based communications technology across their global operations, seamlessly managed and customized to their business needs are the future for the agile, flexible business that the group aspires to be. This is the world of unified communications, and his satisfaction at leading his company at the spearhead for this fast evolving concept is palpable. Unified communications, though it relies on technology to deliver it, is by no means a simple platform or technology, but pulls together enablement in a variety of areas. From voice to internet access to data, to deliver what are known as converged solutions.

Unified Communications allows the companies to deploy their own virtualized contact centers in Telefónica data centers. With this customizable service, customers can enjoy the same functions as if they were on-premise contact centers, but without capital expenditure and platform updating costs. “With no capital investments or licensing fees, the customer's resources can be dedicated to their core business,” says Barrio. “For example we run one of the biggest unified communications projects in the world. We manage more than 100,000 seats for one corporation in over 105 countries, including: voice, video, collaboration, applications services – everything!” – and it's all run by Telefónica USA.

You only have to look at southern Florida's location on the map to see why Miami has always been the launch pad for communications between the USA and Latin America. The same factors that made Miami a busy seaport have made it a global data hub - some 20 undersea cables converge in south Florida, linking it to Europe, Central and North America, and more importantly, the Pacific and Atlantic coasts of South America. All of this plays to the importance of Telefónica's Miami KeyCenter. It is the focal point for companies doing business between the US, Latin America, Europe and Asia Pacific, and part of an interconnected series of Telefónica data centers worldwide. Using its fully owned and managed global IP, Telefónica's data center network is able to provide a unique, seamless service across multiple locations, says Barrio. “In the last few years we have invested heavily in the data center, and it's a big part of our future, home to our IT services, colocation, hosting, application management, cloud services and much more.”

Data centers have to be utterly secure, both from cyber attacks and physical disruption. It's well known that Florida is regularly attacked by the weather though, so it has to be able to withstand the worst hurricane that might hit Miami. Built twelve years ago as a purpose built facility, the 400,000 square foot building is a category 5 data center, independently certified to the highest standards. For example, it is the only Tier III certified by the Uptime Institute in south Florida, and is also certified under the Safe Harbor scheme by the US department of commerce and is SSAE-16 audited. Its construction exceeds all building codes with uninterruptible power supply (UPS) backed by four Caterpillar diesel generators that take over if there's a power failure, Naturally it also has sophisticated fire detection and suppression systems, zoned cooling and 24 hours a day, 7 days a week physical security that would make Fort Knox seem easily penetrable. “No competitor in Florida can approach the level of capacity and security of the Miami KeyCenter,” says Barrio confidently. “And our claims have been proven in practice – the building has shrugged off some really bad hurricanes, Andrew and Katrina for example, with not a moment's disruption.”

All the companies in Latin America are independent Telefónica entities, but Telefónica USA has business relations with each of them. Brazil is the biggest operation in the Telefónica group, even bigger than Spain. That is no surprise, considering that we are talking about the biggest economy in the region, responsible for half of its GDP. “More than 25 percent of Telefónica's global revenues come from Brazil,” says Angel Barrio. As stated earlier, Telefónica is the leader in this vibrant and growing market.

Another major presence is Telefónica's ownership of Telefónica de Argentina, which is the largest fixed-line operator in the country. It provides broadband, local and long distance telephone services in the southern part of the country as well as the Greater Buenos Aires area. The Telefónica Group has been in the country since 1990. The mobile business is run by Telefónica Móviles through Movistar. Its mobile brand in the Spanish speaking world reaches Chile, Uruguay, Peru, Ecuador, Venezuela, Colombia, Nicaragua, Guatemala, Panama, El Salvador, Costa Rica, Nicaragua and Mexico. “We also have data centers in every one of these countries,” he adds, “Though for international communications we rely mainly on São Paulo, Miami and Madrid, we have many international customers, based in the USA, who want a presence in Europe and across Latin America. Our mission is to deliver business value to the group no matter where the money lands. For instance, we provide mobile services to our companies but at the end of the day the contractual relationship and the billing is all done locally. Under current regulations, mobile services have to be delivered in the country where they are used.”

The entire Telefónica group is reinventing itself from inside and out through its digital transformation, a process our readers will be familiar with through our coverage of its global IT strategy. The traditional telco model has already been well and truly disrupted, Angel Barrio confirms. “Our plan is to focus increasingly on becoming an over-the-top company, specifically delivering our services over the cloud. All our growth in the coming years will come not from traditional telco services but from what we now call digital services.” This is comprised of three families of services, he explains: everything to do with the cloud; everything around the internet of things (IoT); and everything around security. “We do already have a good volume of business in IT and IoT, we are starting to build some business around security, specifically server security. Those three things require no other assets than our data center facilities and excellent communications, which is a core competency of ours.”

Telefónica is deeply committed to the development of the Cloud computing market all across the LATAM region with the launching of services like Virtual Datacenter, powered by VMware, and Open Cloud based on the OpenStack architecture. Both of them bring all the benefits of Cloud (like instant access or a pay per use model), integrated with our network and unmatched reach in all the countries in the region. With our network of Cloud nodes that include Mexico, Chile, Brazil, Colombia, and Miami, among others, Telefónica will have the best Cloud coverage in the Americas region, which will drive adoption at the enterprise level and will give more agility and choice to our customers. VMware technology is used by the majority of enterprises to run their applications in their Datacenters. With Virtual Datacenter (VDC), they can now use our services as a seamless extension of their own, moving to the Cloud smoothly and with the same service levels and guarantees. This means all the advantages of Cloud Computing (agility, pay per use, scalability) without any of the hassles (migration and unproven technologies). We think that the combination of technology market leaders like VMware with our expertise, networks and Datacenters is unbeatable and it is highlighted by the inclusion of Telefonica in the exclusive VMware Showcase global partner program. Together we can offer unprecedented reach of Cloud services in the region for American companies that want the best solution where their customers are. This can help modernize the IT ecosystem in the region and in the end contribute to the development of the whole industry.

It's easy to confuse machine-to-machine (M2M) technology with IoT. The latter is open-ended and full of promise, whereas the former, in reality just a part of the IoT landscape, is already with us. So, though Telefónica USA has no mobile networks of its own, no less than twelve percent of its revenues already come from M2M capability, delivered internationally but billed from America. At present the largest customer base for these services is among automotive manufacturers, who connect their vehicles wherever they are in the world using the different mobile operators that the group has access to. “The only way to survive is constant change. This digital revolution we are in is probably the biggest change I have seen in over 20 years. We are not going to find growth from traditional telco services, so digital services and data are our future. It has been exciting over the last few years to be based here in the US, because things happen here first!” 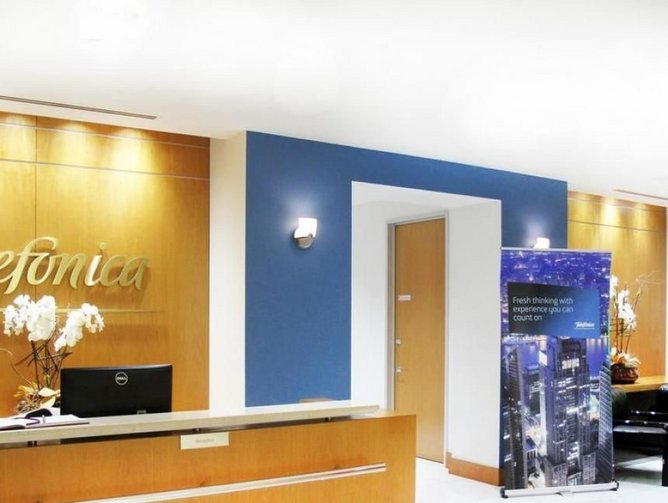 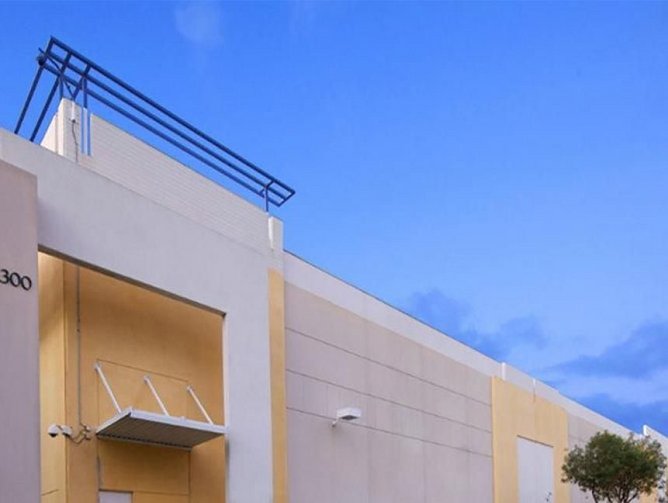