Appointed in 2014, Capicchioni has ensured the ongoing success of an array of projects currently in progress at the University. His extensive experience at Detroit Medical Center and the Henry Ford Health System has strengthened his passion in the construction and renovation of health facilities, ensuring ongoing projects on site will exceed the customers’ expectations and are delivered as quickly as possible.

Two recent projects has ensured the care provided at facilities on campus is of a high standard. The Orland Park ambulatory facility, situated off-site, will be opening at the end of 2016, enabling the delivery of high quality care for patients based in the south and southwestern suburbs of Chicago. Also, the recent infill of the third and fourth floors at The Center for Care and Discovery situated on campus, with upgraded patient units and embedded observation unit, has enabled observation patients to be placed within one designated area rather than be dispersed throughout the hospital. In addition, the labor and delivery project at the Comer Children’s Hospital on campus has provided increased advantages to patients and their families with the introduction of enhanced medical technology.

“We used to have a lot of electronic devices in patient rooms, but they weren’t really smart devices. Now, virtually every device that’s in a room, including the patient temperature thermometer is all integrated into the informatics system for maintaining the Electrical Medical Record for the patient,” comments Capicchioni.

There have been significant advancements within medical technology, yet this has provided complex challenges with regards to construction and design. Not only is it now imperative for workers to ensure embedded technology is smart, the Wi-Fi has to consequently manage this increased load. All remaining wires are therefore placed within the ceiling space. Capicchioni explains: “It’s changed the way we look at the wiring of rooms and design of the buildings. Not as many devices are now plugged in or hardwired to the wall for information, mostly everything has gone wireless, which means it’s very important that the antenna system to capture this information is robust, secure and capable”, in addition to ensuring all devices are regulated and integrated effectively.

Building Information Modelling (BIM) 3D has been utilised within all projects in order to eradicate any potential issues and has allowed workers to envision whether these technologies can be routed alongside vital electrical, water and emergency works. “The ceiling space is a precious resource – not only to get all the equipment into the ceiling installed, but also for servicing of those items, making sure that valves are accessible,” Capicchioni adds. BIM 3D modelling has become an essential tool for not only the construction and design teams, but also with the team’s subcontractors, signifying its importance within project work on site and completion of project’s against set timescales.

When undertaking vital work on site, the health and safety of workers and patients is paramount. Whilst the teams work in collaboration with the infection control department situated on campus to ensure all standards are maintained, the construction and design team also extensively plan all routes to move the required materials. Capicchioni adds: “This allows them to put in place airlocks between the construction and non-construction zones to make sure that we have pressurisation to keep the dust and other contaminates from the construction site from getting into the occupied environment.”

A lean approach is implemented at the early stages in order to ensure positive, collaborative working relationships, with the undertaking of critical flow paths and processes to effectively reduce the impact on health services. A series of kaizen events and tri-storming is undertaken in order to support the initial design stage.

“As we build the facility we typically build a few proto-type rooms in advance - which will actually be in their final location - and do a final test fit to make sure that everything all fits in place”, Capicchioni explains. In completing these proto-types, the teams are able to confirm whether they have incorporated all patient needs, in addition to factoring in cost and logistics.

To support the teams and ensure they are updated at all times, a monthly newsletter is sent internally, in addition to alerts which are used to inform workers of any potential changes to access on site. Once a week, senior leaders are informed of any key issues regarding the pace of construction and any changes in timescales. Capicchioni acknowledged that not only is it important for workers to hear any updates, as their business evolves they need to be able to hear their workers’ input. To this effect, if employees have any concerns regarding any current work, the University enables workers to call a hotline number in order to stop work or discuss any developing issues.

With all the projects which are currently underway or in the pipeline, there is an increased focus on the sustainability and long term benefits, not just in the region but as a whole. “We really want to ensure it is a state of the art facility which is able to be operated at a reasonable cost and also help support our sustainability efforts,” Capicchioni says. The 1,800-space car parking deck, built in 2015 has also reduced parking difficulties on campus and has been designed to incorporate a loading dock for the site, where Capicchioni acknowledged all main supplies go in and all trash and other waste products exit.

Work has also recently commenced on the construction of a fifteen thousand square foot ambulatory facility within the South Loop of western suburbs of Chicago, in addition to an emergency department within the parking deck on campus, which is set to complete at the end of 2017. In addition, the oldest facility on campus, the Mitchell Hospital, is set to be renovated and transformed into a Cancer Centre Hospital in a five-year project. Although in the early visioning stages, such an expansive project incorporates not only complex construction challenges, but also recruitment and technological advances. Capicchioni explains: “We are looking at all aspects, not only the type of care, integration of research, but also how operationally efficient it will be.”

“It’s hard to foresee, as technology marches on, what that technology might be so we’ll be working with a futurist to help us to understand what might be some of the new things in the pipeline.”

The University has also had to factor in the construction boom in Chicago and consequent lack of trained union workers. Capicchioni explained: “We’ve been having sustained growth of over six percent for the last five years and so we typically start the day off with 100 percent of our beds filled.” However, it is clear that the completion of the array of projects on campus will have long-term benefits for the population of Chicago, with the implementation of key technologies and sustainable initiatives which will drive the projects forward and ensure the delivery of world class care within the region. 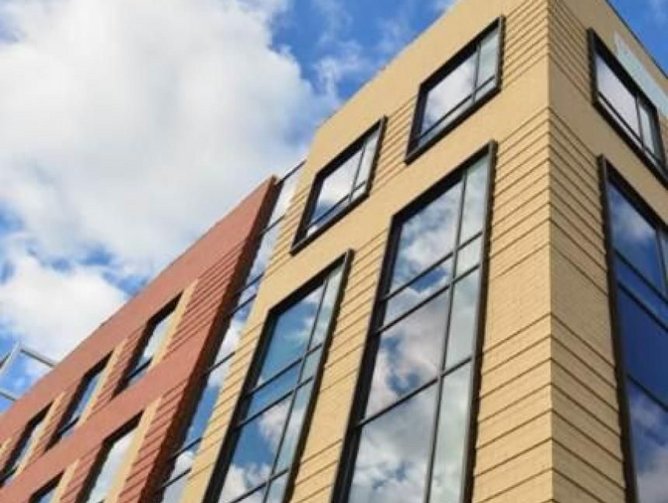 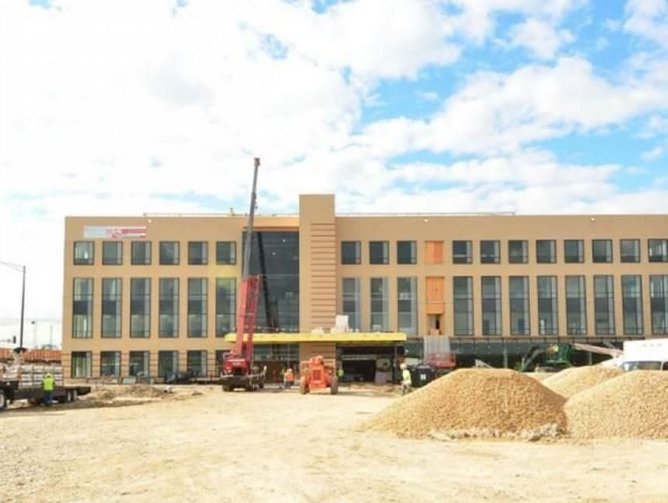 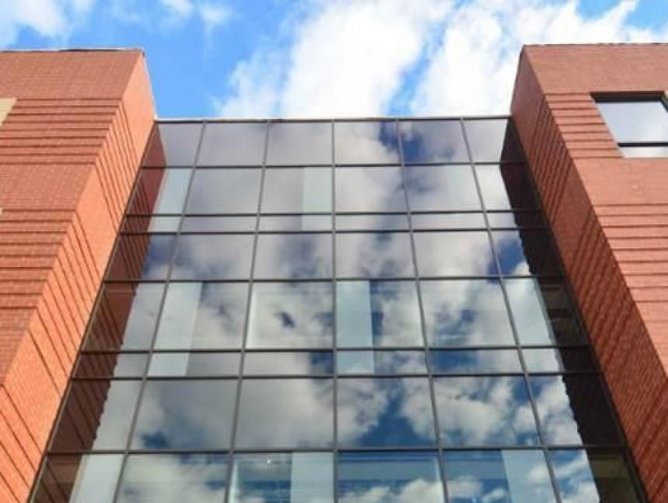 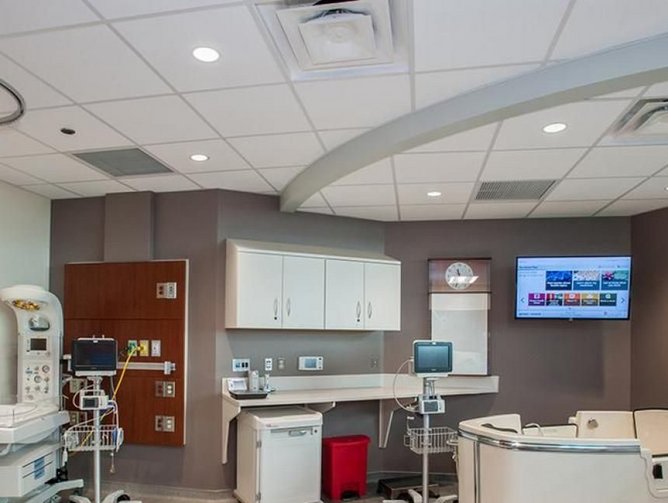 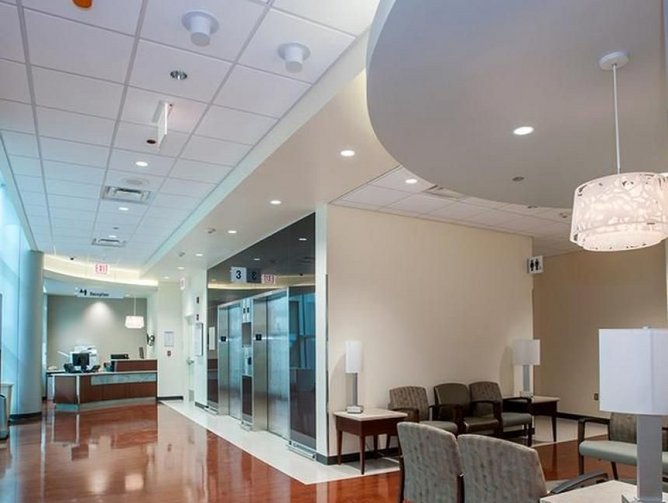 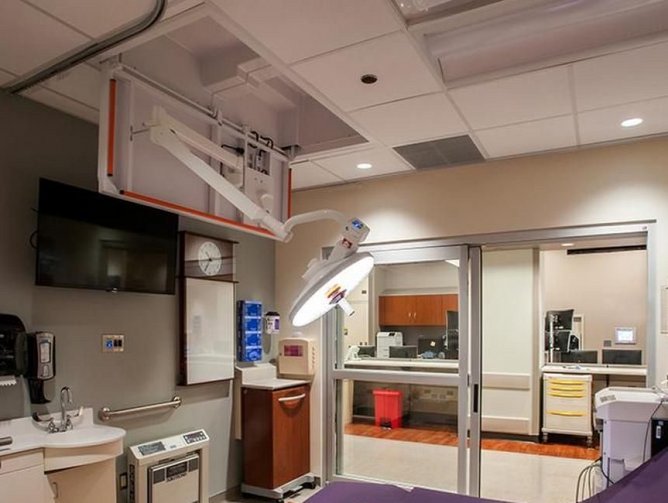 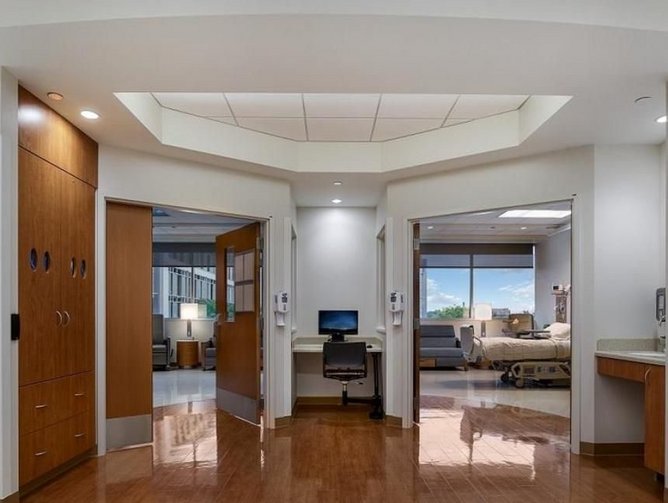 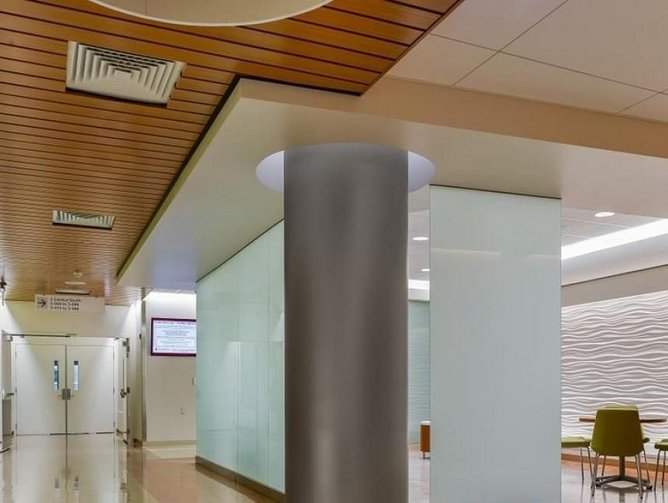 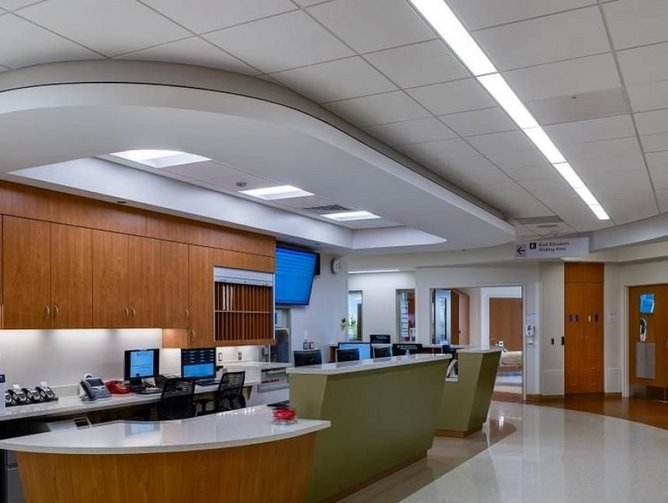 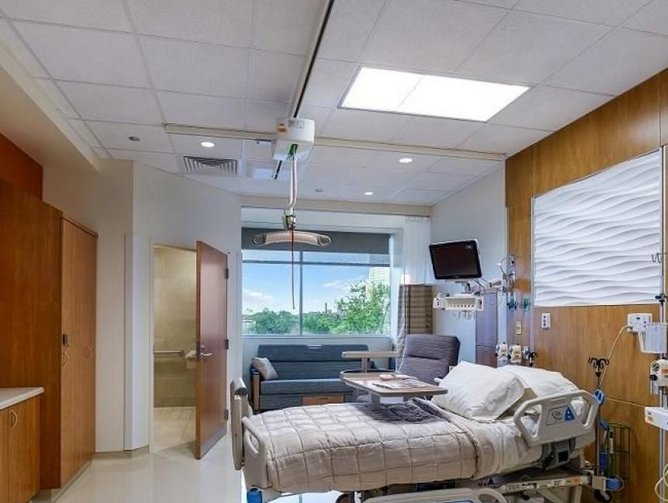