Domino’s is a global leader in delivery and take-out pizza—but within its overarching structure are dozens of franchises striving to tailor the brand to the needs of their local neighborhoods. Domino’s Pizza Canada is one such franchise. Based in Windsor, Ontario, Domino’s Pizza Canada works hard every day to interpret the Domino’s brand in a way that represents true and authentic Canadian culture.

Domino’s Pizza Canada may be a part of the Michigan-based Domino’s Pizza family, but it is also its own franchise entity—and it’s one that is fiercely proud of its roots and dedicated to the concept of being a Canadian operation. A major part of this includes sourcing Canadian products from Canadian vendors wherever possible. Most recently the franchise entered into a partnership with the exclusive right to use the Dairy Farmers of Canada’s iconic Blue Cow logo, signifying that Domino’s Pizza Canada uses only 100 percent Canadian cheese and dairy products from only Canadian dairy farmers.

“We’re the only pizza company, and I believe the only fast food company able to use the Blue Cow logo,” says Michael Curran, President of Domino’s Pizza Canada. “We looked at this a couple of years ago. Some of our competitors were importing cheese from the US, and it could have reduced our costs of cheese products substantially in our stores—but we decided that we would fully support our Canadian dairy farmers. We made a commitment up front to always use 100 percent Canadian dairy cheese in our products.”

While at this time Domino’s Pizza Canada is able to certify 100 percent Canadian-sourced products when it comes to cheese and dairy, Domino’s is constantly improving and looking for ways to integrate more Canadian suppliers and vendors into its supply chain. It’s not a matter of cost savings or economics—it’s a matter of quality, consumer trust, and Canadian pride. Presently, 85 percent of Domino products are sourced in Canada.

“I think as a Canadian company, we and our consumers—as well as our suppliers which are part of our consumer base—certainly believe that Canadian products are as good or better than anything we can source from anywhere around the world,” Curran explains. “Canadian dairy products have proven to be an outstanding product to use. Certainly our consumers understand that, if we are only using Canadian dairy products, they are the best product possible in the marketplace.”

No matter how established and iconic your brand is, it’s important to stay fresh and relevant. With that concept in mind, Domino’s Pizza Canada—along with Domino’s franchisees spanning more than 12,000 restaurant locations across 78 countries worldwide—is in the midst of reimaging its stores. The aim of the rejuvenation process is to create a more modern atmosphere that will better engage today’s consumers and enhance the consumer experience.

“We've upgraded our locations and opened up our kitchen so consumers can see the product being made,” says Curran, explaining a key feature of the franchise’s location upgrades that the brand refers to as Pizza Theatre. “In many of our stores now there is an ability to sit and consume our Domino's pizza products, not simply just carry out or delivery—which had historically been the operating model for Domino's.”

By the end of this year, Curran states that Domino’s Pizza Canada will have about 60 percent of its stores reimaged to fit the new Pizza Theatre concept and model. Already the concept is showing signs of success, prompting positive reactions from both consumers and team members.

“Our team members first and foremost really enjoy working in our new concept stores,” notes Curran. “They feel excited about the new work environment. Our franchisees are excited and we’ve had phenomenal feedback from our customers as well.”

Domino’s Pizza Canada is not a franchise content to stay remain static. This applies to its restaurant design, its consumer engagement, and also to its store growth and expansion. The franchise currently has nearly 400 locations across every province in Canada and two territories—but within those provinces and territories there is plenty of room to grow, especially in Quebec.

A native of Quebec, Curran understands that there are key points to successful growth in such regions, and these are points that Domino’s Pizza Canada is taking to heart in order to meet its end goal of becoming the pizza of choice for Quebec consumers.

“Quebec’s a phenomenal market with incredible opportunities—but one of the issues that can be a challenge, and that most companies don't spend enough time focusing on, is that if you are going to operate in Quebec you need to operate as a Quebec company,” he explains. “You need to have an independent operating base and localize your product.”

But what does effective independent localization mean? At the heart of it all it’s about not taking your consumer base as a monolithic whole—to make an impact, a progressive brand needs to look at the needs of individual regions and integrate those needs into a strategy that makes sense to the brand overall.

“It's a brand first and foremost—a promise of consistency,” says Curran, explaining that any localization still has to take place within what makes sense for Domino’s as a unified chain. “Then there is the localization consumers look for, where there’s an interest from consumers that make economic sense both from the consumer and the store operator. So parts of the country might have different product lines that you wouldn't find across the country—in Quebec we have French fries because that’s something consumers like, but we don’t have that in the rest of Canada.” Through this type of smart localization within context, Domino’s Pizza Canada is able to maintain its brand integrity while meeting the unique needs of every region into which it expands.

What’s Next for Domino’s Pizza Canada

Moving into the future, Domino’s Pizza Canada is focusing on introducing exciting new products like the recent Parma Bites, as well as building new locations and finding growth opportunities as they come. “We don't have a specific goal or mandate to open a certain number of stores, because my personal belief is that if we do a good job and our franchisees do a good job, the opportunities will be there,” says Curran. “The stores that are open are the result of consumers telling us they like our product, and so far that's been a comfortable growth strategy.”

But no matter what the future holds, the franchise’s first and foremost focus is on the people who keep it running every day, and it’s that support that sets Domino’s Pizza Canada apart. “Everything we do is what’s in the best interests of our customers and team members who work in our stores,” says Curran. “Within that environment, everything else takes care of itself.” 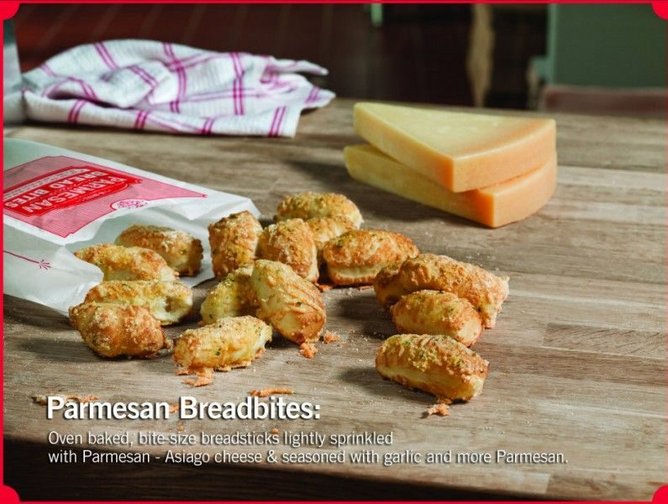 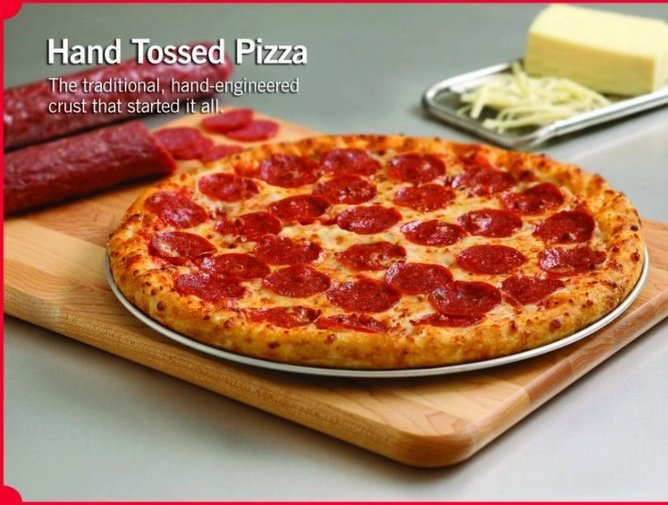 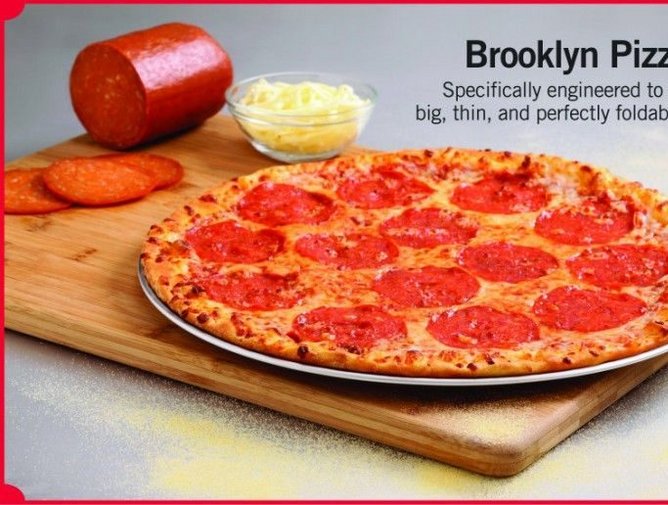 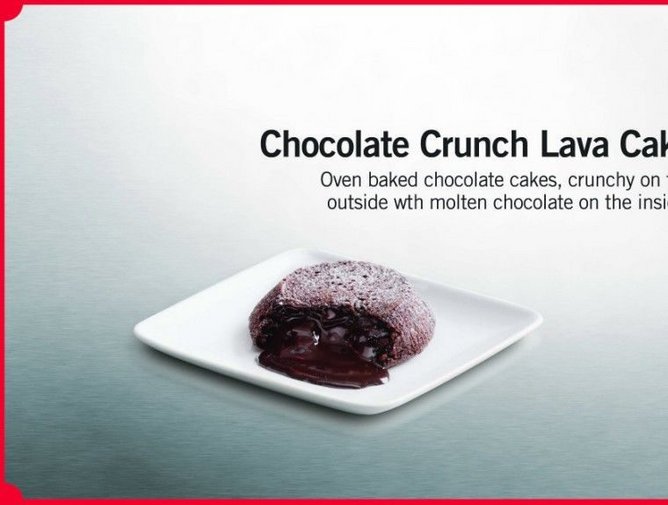 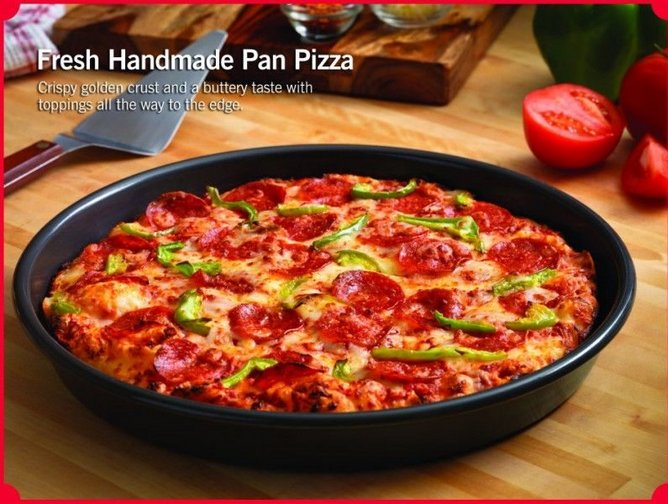