DRA Global (DRA) is a diversified global engineering, project delivery and operations management group, Founded in 1984, its impressive track record spans over three decades. With expertise in the areas of project development, mining, mineral processing, plant optimisation, operations & maintenance and related water, energy, and infrastructure requirements, the company successfully delivers comprehensive solutions to the resources sector. DRA has detailed design and construction at its core but also supports major innovations to drive cost savings at the PEA (Predicted Energy Assessment) level while focused on guiding these projects through to construction.

Brent Hilscher, DRA’s Director of Process for Western Canada, was brought in to broaden the company’s global footprint and start its Vancouver office. Expanding DRA’s impressive array of services, Hilscher brings expertise in ore sorting, floatation, grinding and extraction. “Typically, when you look at a block model, there won't be huge variability in the grade of the deposit and every block looks like it's 100% ore,” he explains. “But, when you take that block and you crush it, you normally find that half of the rocks that leave your gyratory are waste rocks. Extraction is a resource and cost intensive process, so, there's a lot of potential to take that crushed material and reject a certain amount, allowing us to boost mill feed grade while using less power and water.”

DRA employs many distinct technologies for bulk and particle sorting. For bulk sorting prompt gamma neutron activation analysis (PGNAA) is one of the most common where the ore is scanned and exposed to neutrons. Gamma rays are re-admitted from the ore with specific signatures a result of the atoms contacted which can, for example, reveal how much copper is in the ore on the conveyor. “Particle sorting is where I probably spend most of my time,” adds Hilscher. “Every rock is scanned individually with technology capable of analysing each particle to tell you what’s ore and what’s waste.”

During this process, a variety of sensor methods are used to improve efficiency. “Dual energy x-ray transmission (XRT) looks at the density of particles and does so by compensating for the size of the rock using two energy levels of x-ray,” explains Hilscher. “The technology has advanced to the point where we can look at the density profile of a block rather than the average density of the rock and use that characteristic profile to tell the difference between ore and waste.” DRA also deploys XRF, which provides a profile of the heavier elements and can detect copper, lead, zinc, titanium, zirconium and more to help determine the ore’s value. “If it's a gold ore, it could be that the estimated gold value is determined based on iron, titanium, and zirconium, things you might not often think of being associated with gold,” adds Hilscher. “It could also be that the waste has a certain quantity of things that the ore does not, so you could create reverse correlations with the XRF.” Other techniques include the use of lasers which assess the brightness of the rock and its translucent characteristics. However, not all approaches are fruitful. Hilscher has worked on more than 40 major projects, where his team have had little success with electromagnetic sensors, and admits that “you want to keep an open mind but some techniques work better for certain ore types, so it’s important to match the right analysis approach to the specific site”.

Allied to the practical dynamics of the sorting process, Hilscher believes ore sorting economics are crucial. “Building an economic model for every project tells us what the optimum operating conditions are going to be. A key metric is profit recovery. Normally, metal recovery is a driving metric for operations where, for example, we'll look at how much gold or copper is recovered at the end of the process. When we do ore sorting, we'll often throw away 5% or more of the valuable minerals, so we developed a metric to learn the actual value of what’s being lost where the operating costs for the extraction and tailings facilities are incorporated into that recovery number. Discarding a low-grade rock would have a positive impact on profit recovery, which rewards us for throwing away rocks we're losing money on.”

Preparing an economic model for each project helps DRA build the best algorithm to support the second phase of testing with a bulk sample. “The economic model is able to show us the best sorter operating conditions,” confirms Hilscher. “We can see the best upgrade ratio for the ore sorter to be running at, so that once we get into the large-scale test, we’ve got the correct algorithm and operating setpoints for the deposit.”

That test work and algorithm supports the economic model, allowing DRA to more accurately define a payback period for a specific project. “For Brownfield projects we're usually targeting a payback of six months,” says Hilscher. “That seems to be what mining companies are looking for these days and it's certainly achievable for a lot of these ore sorting projects. For Greenfield, it's even easier because your CAPEX is so much lower. For example, for a single sorter Brownfield system, it might cost $5mn to install a 200 tonne per hour system, but with the ore sorting equipment incorporated into your design at the beginning of construction, the cost can be halved.” In greenfield designs there is also an opportunity to reduce project capital while maintaining or increasing designed production. Hilscher notes that instead of spending $100mn on a new mill, a smaller mill with sorters could produce the same product for $70-80mn. “Spending a little more on your ore sorting system up front can lead to a clear win for the overall project,” he confirms.

Hilscher worked on a silver mine 12 months from closure due to constantly declining grades. Ore sorting was investigated to get the grades back up. “We did the test program, we got the samples and discovered that nine out of 10 of their rocks were below cut-off grade,” explains Hilscher. “But one out of 10 of their rocks was extremely valuable. So, it was a very easy sort. We could have used XRF, XRT, laser, any one of those would have worked, so we scanned the rock with a conservative approach only throwing away 60% of the rock to begin with. We eventually achieved double the feed grade, with over 95% silver recovery.”

DRA has worked for many years to develop approaches to dense media separation (DMS) that use fluids of suitable density so that the minerals lighter than the fluid float and those that are denser sink. Hilscher’s team is also developing conservation technologies to meet the changing needs of the sector. “Ore sorting is just part of our tool kit for project revitalisation. DMS coarse particle recovery, modular construction and many others are looked at for each new project. Hydrofloat is a new coarse particle recovery flotation technology, which we've started installing for clients,” he confirms. “It uses the slurry current to assist in the flotation of exceptionally coarse particles.”

Hilscher notes that mining has historically been hesitant to innovate but the adoption of ore sorting technologies into the mainstream has proved the exception because the results are so dramatic. “It comes down to education,” he says. “We need to make mining professionals aware of the benefits from emerging technologies, so they can test solutions in their own operations.” The solutions DRA offer leverage the company’s relationships with key tech partners including Tomra, Steinert, Eriez, Scantech, Rados, Minesense and others.

Safety is a hot topic in the industry today. Given the tragic impact of recent dam failures in Brazil, Hilscher is particularly interested in developing DRA’s services to provide alternative tailings solutions. “We’ve done a lot of work on dry stack tailings, which is becoming a more popular option for plants,” he says. “Even within dry stack designs, there are optimisation opportunities. Instead of sending all the tailings sand to a filter plant, you may have a two-stage cyclone plant first. The coarsest fraction is used for roads and earthworks, the fine fraction goes to the existing tailings pond (or co-disposal piles), and the mid-size material is filtered. This compromise reduces tailings pond sizes by two thirds while also removing most of the fines and clays that are so difficult to filter.”

“Of course, sensor sorting, DMS, and coarse particle flotation all have a tailings pond benefit because if you can take those worthless rocks and keep them coarse you are able to put them in a waste pile or road bed. That's a direct reduction to your tailings pond size. The pond dam won’t need to be expanded as often, and that tends to make them much safer,” he adds.

Hilscher believes that in order to drive innovation, all metrics and operational concerns need to be addressed. It’s a weighty issue where he argues a balance must be struck. “Metallurgists tend to be worried about recovery. Geologists are concerned about ounces and pounds in the ground. Mining guys are focused on tonnes, while CEOs are counting the dollars,” he muses. “I’ve found that the economic model does a great job of bringing all those people together and helping them see the big picture. How do the ounces, tonnes, and recovery feed into making a deposit as economical as possible? What can we do to reduce the environmental impact and also make the mine more profitable? With ore sorting, and other preconcentration techniques, we can achieve all of these goals simultaneously. We can drive growth, while making tailings ponds smaller, use less water, less energy, and produce less CO2. All of this simply by rejecting the worthless rock earlier in the process. It’s the future for sustainable mining and something we’re really excited about at DRA Global.” 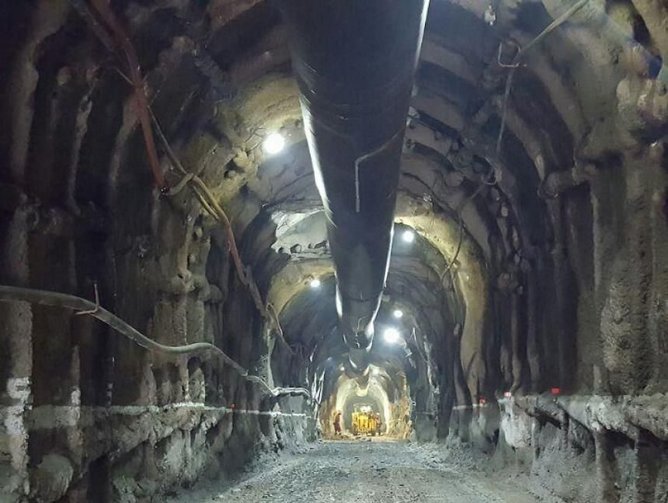 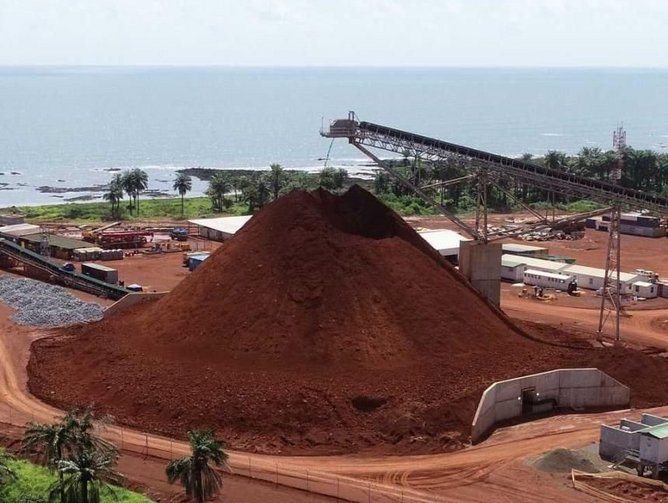 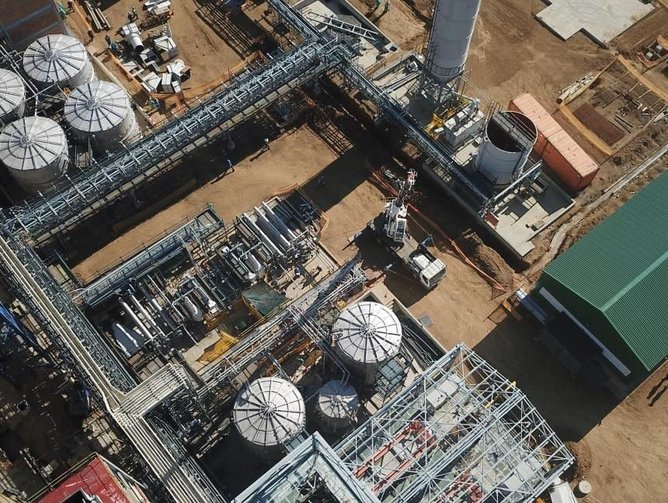 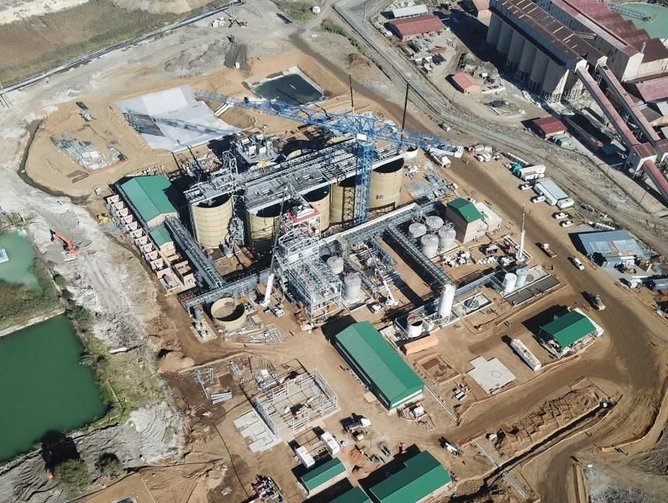 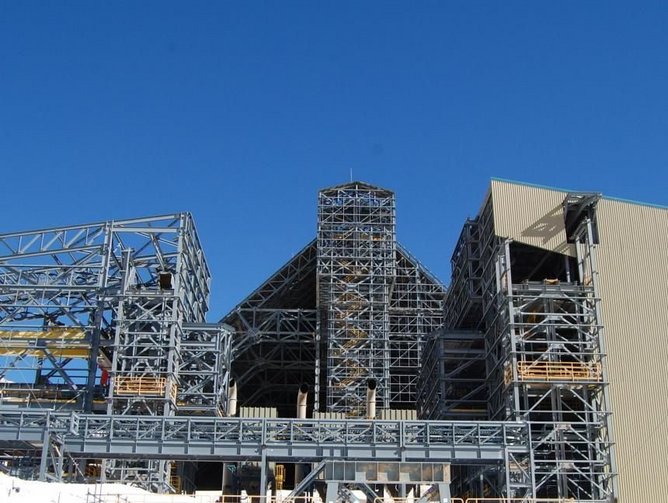 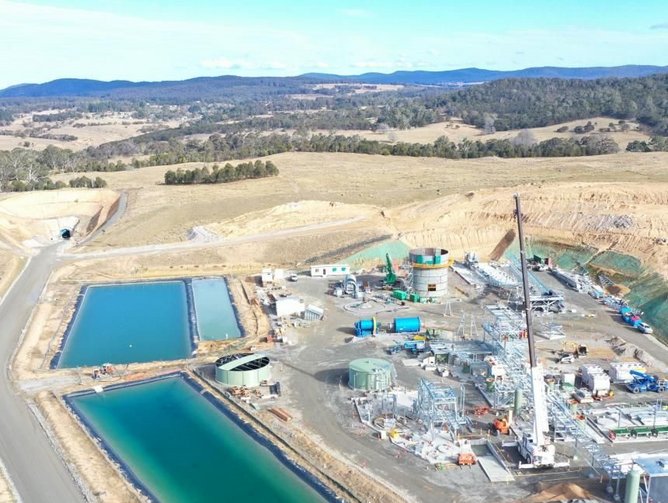