Getting the job done Wright

Based in Charleston, Tenn., Wright Brothers Construction specializes in heavy civil construction. The company performs an array of services such as site preparation, grading, excavating and heavy construction for highways, bridges, landfills and more. It has worked for commercial and government clients throughout the southeast including Alabama, Georgia, Mississippi, North Carolina, South Carolina, Tennessee, and Virginia.

Formed in 1961 by two brothers, James and Robert Wright, the company is an ever evolving construction business immersed in traditional values of integrity, urgency, selflessness, and hard work. The family-owned business is committed to providing clients with superior finished products that comply with their time schedule, exceeds their design, and is within budget. This steadfast commitment to “getting the job done right” is only obtainable with the right staff, and Wright Brothers have some of the most qualified construction professionals in the industry.

Along with hiring the best of the best, Wright Brothers implements extensive in-house training and education programs to ensure employees are up-to-date and continuously improving. A federally approved On-The-Job training program is also available for ambitious employees to further their careers while getting paid to do so.

As a construction company primarily involved in highway and site construction, safety is a major focus. Wright Brothers Construction Co., Inc. has a safety-first mentality and strives to ensure employees are properly trained on safety procedures that go beyond the call of duty. The company is committed to providing a secure working environment whether in the office or jobsite.

The Northern Beltline Project is a 52-mile, six lane corridor plan that stretches from I-59 in northeast Jefferson County to the I-459 interchange with I-20/59. The $5.4 billion project -- which is expected to take 30 to 35 years to complete -- incorporates a variety of initiatives from clearing and grubbing, mass excavation, storm drainage, bridges, concrete and asphalt paving, reinforced concrete box culverts, soil nail walls, and MSE retaining walls.

The Wright Brothers are scheduled to execute the first phase, a 1.34 mile highway section connecting Alabama Highway 79 to Alabama 75, on February 24. The company will self perform 50 percent of the phase I work, including mass grading, drilling and blasting, storm drainage installing, temporary bridge construction, and a total of 2.7 million cubic yards of mass excavation. The remaining 50 percent of work will be subcontracted out which includes erosion control, retaining walls, soil nail walls, aggregate base and paving. Separate contracts will be awarded for the bridge structures and final paving. The estimated cost for the first phase is $46 million and is expected to be completed by fall 2016.

“We have an excellent relationship with the Alabama Department of Transportation,” says Mitchell Simpson, vice president of Wright Brothers Construction. “We’ve had continuous work in Alabama for the DOT for the past 30 years and we recently completed an eight-mile widening project in St. Clair County on I-20 totaling $75 million. We have several ongoing bridge projects in northern Alabama as well.”
Tools of the trade

As one of the largest earthmovers in the southeastern United States, Wright Brothers knows about heavy duty equipment. They have an extensive fleet  of heavy equipment includingD10 bulldozers, 651 scrapers, Komatsu 1250 trackhoes, and 80 ton rigid frame dump trucks to move earth and grade areas proficiently regardless of sub terrain composition. “Our vast equipment resources and highly skilled work force make Wright Brothers one of the most capable and competitive heavy civil contractors in the southeast,” says Jake Stone, project manager for Wright Brothers Construction Co., Inc. With the help of machines from Caterpillar, such as the new 320E hydraulic excavator, Wright Brothers are able to get any size job done efficiently and effectively.

Technology also plays a pivotal role for the company. Along with bid preparation and construction management programs, the company utilizes software programs such as Geographic Information System (GIS) for mapping and documentation and Topcon GPS Systems for machine control on projects.  “For the Northern Beltline Project we will have one GPS base station setup, two hand-held units, at least one unit on a dozer, and finish with a motorgrader system when needed,” says Simpson.

“We are continually growing and diversifying,” says Simpson. “We hope to continue growing and being a leader as a heavy civil contractor in the Southeast.” 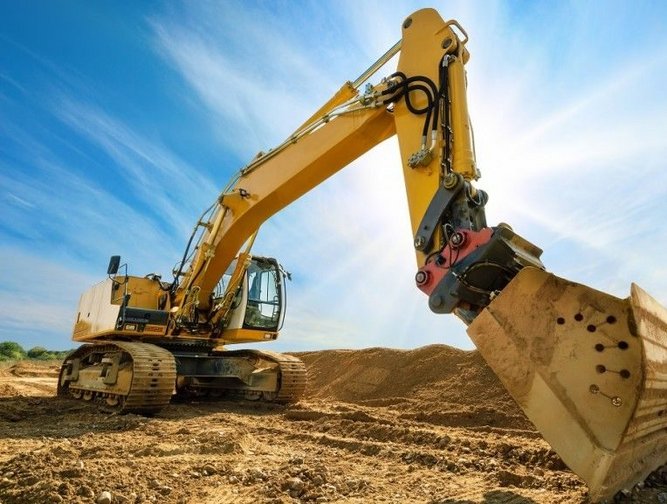