﻿Nearing its completion mid 2015, the $159M Skyway Wastewater Treatment Plant represents an exceptional collaborative effort between the Government of Canada, Province of Ontario and Halton Region.

“Our Government’s support for public infrastructure has never been stronger. Upgrades to the Skyway Wastewater Treatment Plant in Burlington will help ensure the health and wellbeing of this growing region and improve the Lake Ontario ecosystem. We are proud to help Halton Region realize its largest infrastructure capital project as we focus on creating jobs, promoting growth, and building strong, prosperous communities across Canada,” said the Honourable Denis Lebel, Minister of Infrastructure, Communities and Intergovernmental Affairs and Minister of the Economic Development Agency of Canada for the Regions of Quebec.

The Skyway plant will produce treated wastewater that meets the highest national standards established by the Canadian Council of Ministers of the Environment and the Remedial Action Plan for Hamilton Harbour.

“Upgrades to the Skyway Wastewater Treatment Plant will help protect the local environment and enhance water quality in the Halton region. By investing in critical infrastructure projects like this across the province, Ontario’s government is supporting economic growth and creating jobs now and for years to come,” said Jeff Leal, Minister of Agriculture, Food and Rural Affairs.

Improvements to the plant will ensure sufficient treatment capacity to support projected population growth in Burlington to 2031, as outlined in Halton Region’s Wastewater 2011 Master Plan.

“The expansion and upgrade of the Skyway Wastewater Treatment Plant will help Halton Region provide safe and effective wastewater treatment for our growing communities while protecting the sensitive environment of the bay. This project also highlights the funding partnerships with all levels of government that are critical to our ability to meet our long-term infrastructure needs and ensure Halton Region remains a great place to live, work, raise a family and retire,” said Halton Regional Chair Gary Carr.

By increasing the primary treatment capacity, the plant will be better equipped to deal with future flows as well as wet weather flows. Improvements to the secondary treatment process, and the addition of tertiary treatment for wastewater being discharged from the plant, will help meet the environmental needs of Hamilton Harbour. The project is scheduled to be completed in summer 2015.

"We developed this project with the idea of supporting, improving and enhancing the economy, creating a cleaner environment, and building a stronger and more prosperous community. The project has both a development aspect as well as a water-quality aspect," said David Andrews, Director, Water & Wastewater Treatment for Halton Region Andrews pointed out that water-quality was especially important since treated water from the Skyway Wastewater Treatment Plant is discharged to Hamilton Harbour which is a sensitive receiver and an Area of Concern, as identified by the Great Lakes Water Quality Agreement between Canada and the United States. There are strict quality requirements for treated effluent which is discharged to Hamilton Harbor. This project improves the overall quality of treated effluent produced by the Skyway plant.

Added plant capacity to support development in the area was one of the main catalysts behind this project being set into motion. "We increased the plant size from 118 to 140 megaliters per day," said Andrews. As part of this project tank capacities were increased in each of the existing plant process areas. In addition, tertiary treatment was added in the form of a sand filter. Originally, it was an enhanced secondary plant, which will be upgraded to a tertiary plant by the end of the project," said Andrews.

The Skyway Wastewater Treatment Plant project was launched at the end of 2010. The project is right on schedule according to the initial projection of being completed by mid 2015. "The project is following along the desired timeline, and we're basically done with the process construction. We still have to do some of the end-of-project restoration and residual landscape work," said Andrews.

A significant amount of critical planning has helped the project maintain the schedule established at the very beginning, especially through focusing on the construction sequencing. Andrews also explained how multiple contracting made a vital contribution towards staying on schedule: "Multiple contracts allowed us to design and construct in parallel for various facets of the design and upgrade."

"Another noteworthy element is that we worked based on a partnership approach. We initiated the overall process with a partnering workshop with the contractor, the engineer and the owner, which included a number of participants from each of these groups, working through the direction for the project. Delivery of a successful project through partnering was identified as the priority as opposed to the individual interests of the participants," said Andrews.

Anthratech Western Inc. (AWI) is counted among these critical contributors. AWI supplied the patented Phoenix Underdrain System for the granular media filters in the new tertiary filtration facility at the plant. The Phoenix Underdrain System was chosen for this project due to the excellent performance record of the system which is also in use in the filters at both Halton’s Oakville and Burlington Water Purification Plants. The Phoenix Underdrain System was custom-engineered for the Skyway plant based on site-specific requirements. The design for the Skyway filters included the air scour supply header pipe hidden in the filter flume and the filter media retention barrier sized specifically for the mono-media sand design.

A strong partnership approach was also established at the beginning of the project between the Government of Canada, the Province of Ontario and Halton Region, who all contributed equally to the overall delivery of the project in terms of funding. The Government of Canada is the lead on the funding agreement for this project, acting as the point of contact for communication and continuous updates. "We have ongoing communications about the project's progress, including any modifications we might make," said Andrews.

When asked if there were any particular challenges presented from working with a governmental body, Andrews was quick to confirm the opposite, informing that "the relationship has been very amicable and very supportive throughout the whole process. Because it's a funded program, we did need to communicate certain details regarding how the project would be delivered, to make sure it met the criteria and constraints of the funding program."

“The funding timelines and method of deliverables represents a significant challenge for such a large project, especially once that's government funded, necessitating that very specific requirements are met. Time management and whole-team collaboration and communication was necessary to successfully meet the challenge of delivering portions of the project based on pre-established timelines,” said Andrews.

The Halton Region Skyway Wastewater Treatment Plant Project was initially submitted under the Building Canada Fund; infrastructure component. Based on the intended goal of improving effluent quality, along with additional features, the project was transferred to the Green Infrastructure Fund. "We didn't originally apply for that fund, but the Federal government identified it as being appropriate for the Green Infrastructure Fund. We also created a new operations and laboratory building as part of this project, which was modeled after some of the criteria pertaining to LEEDS certification, including grey water recycling, heat exchange, LED lighting, maximized natural light, minimized artificial lighting, and specially designed roofing which promotes cooling. Furthermore, part of what helped us achieve this Green Infrastructure funding came from us looking at energy efficiency in terms of the evaluation of equipment,” said Andrews.

In addition, the project was also afforded a significant boost in cost and operational efficiency with the help of Red Valve Company, Inc. and its Tideflex Technologies Division’s coarse bubble aeration and mixing assemblies for interconnecting wastewater channels. The Tideflex coarse bubble diffuser is a non-clog unit that requires no maintenance or service. The supply air to the assemblies can be completely shut off with no detrimental clogging or system shutdown. This allows the operators to apply air as needed, saving thousands and thousands of dollars annually. With no maintenance requirements, extensive operational costs savings are also realized.  High solids mixing and management is one of the most costly activities in wastewater processing, the Tideflex equipment provides continuous operation in one of the most aggressive process areas, with no service requirements or downtime and at a fraction of the typical operating cost.

"For this project, we are presently involved with commissioning various facets of the plant" said Andrews. "The last contract has yet to be tendered, which is basically the final landscaping and site cleanup." The project site is adjacent to a beach on Lake Ontario, and because this is a popular place for both locals and tourists, Andrews pointed out that this final stage, though largely based on aesthetic values, is still very much an important one.

Andrews went on to share that they have a number of projects currently under way, estimated at approximately $350 million in expansions and upgrades. This includes their second largest plant's just having started its upgrade and expansion from 75 to 125 megaliters. It involves the construction of a new effluent pipe and outfall that extends two kilometers into Lake Ontario. This project is valued at approximately $250 million. 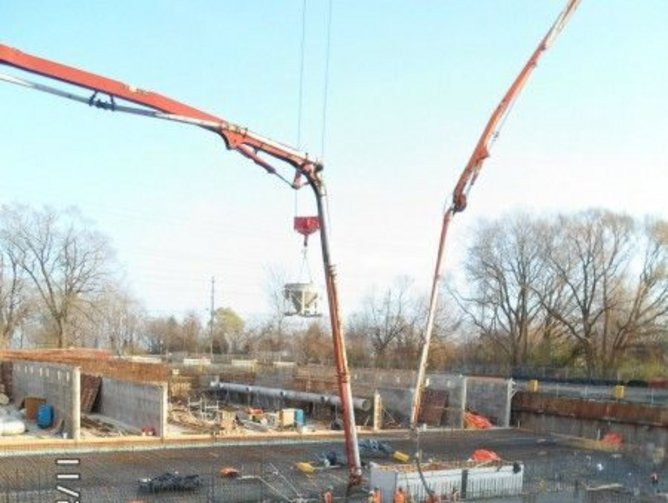 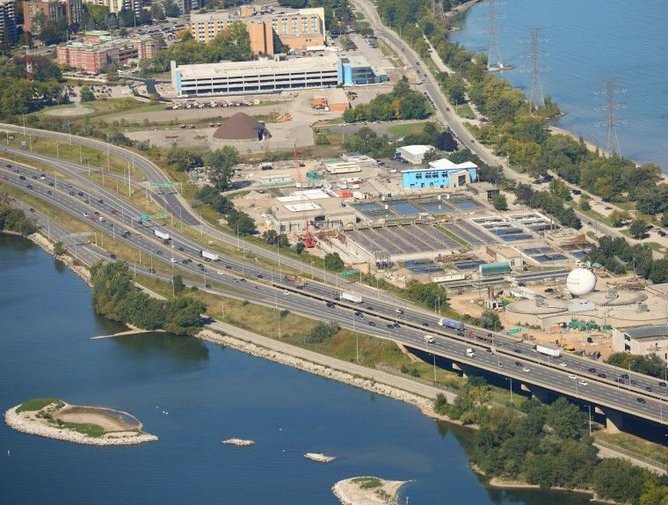 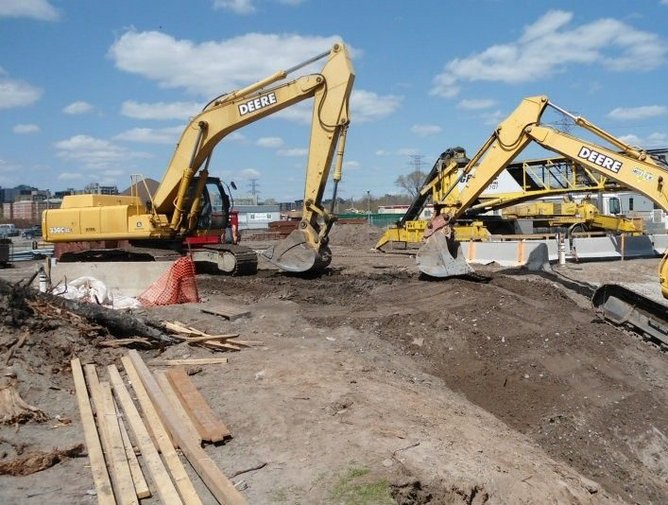 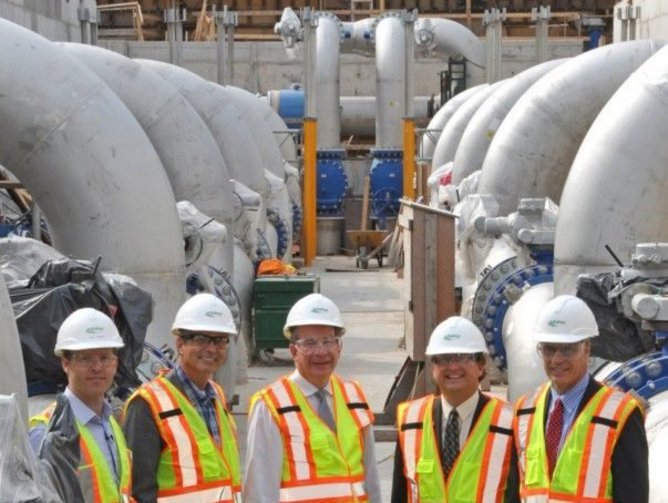 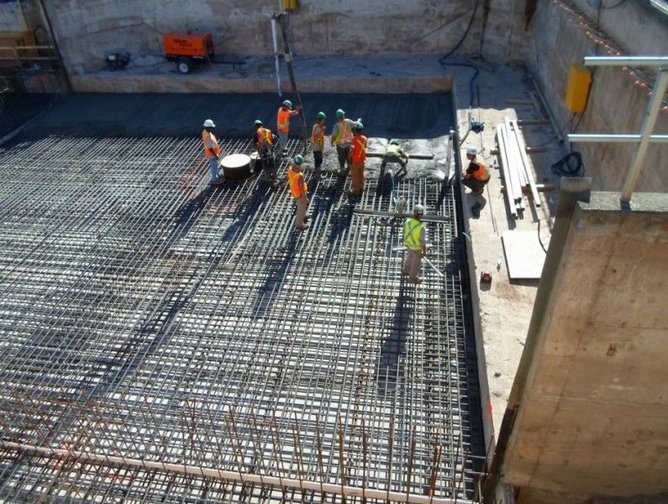 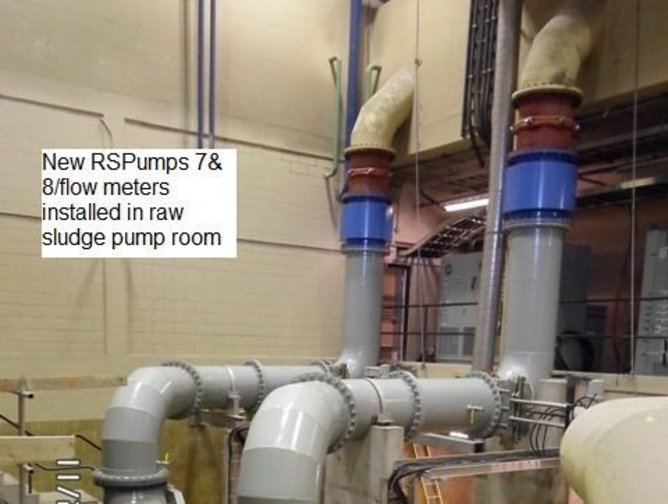 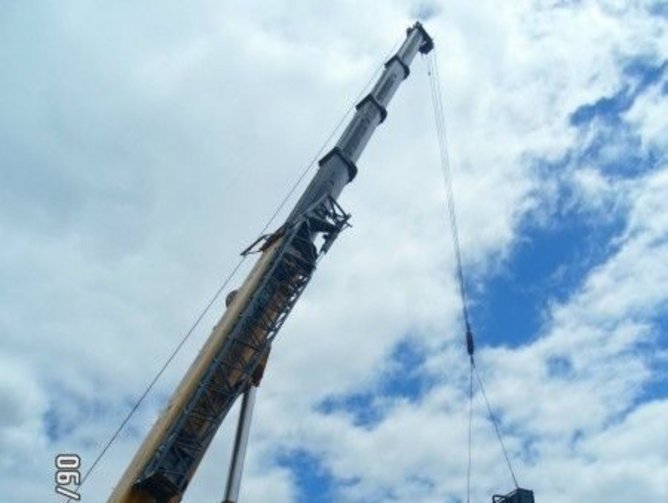 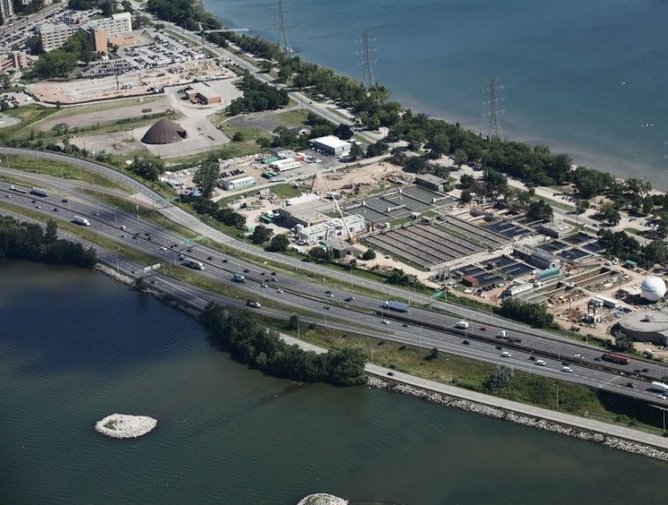