How an Aloha culture steers procurement in the State of Hawaii

Like most people in Hawaii, when we spoke to Sarah Allen in the middle of May she was preoccupied with the rumblings of Kilauea. There are hundreds of islands in the Hawaii Archipelago but the ‘Big Island’, home to Kilauea, is the largest in area and the active volcano has created a lava lake that threatens to spill over – if it hits water enormous steam explosions that could send 10-ton molten rocks a kilometer from its crater. So it’s little wonder that Sarah Allen, the State’s Procurement Administrator and Chief Procurement Officer, in common with other government leaders, is concerned.

Disaster management is very much within her remit. The remoteness of the islands means that food security is very important. If a hurricane were to close the harbors, food, already more expensive than on the mainland, would have to be flown in. In the longer term, the global food shortages that are predicted could impact Hawaii harder and sooner. “We have no food security here in these islands,” Allen says. “Disaster preparedness and improving our systems for procurement are two major areas that I have taken responsibility for on top of my other work.”

And overseeing contracting and acquisition for an entire state is no small task. Allen is CPO of the executive branch and her State Procurement Office (SPO) serves as the central authority on procurement statutes and rules for all government bodies of the State and all 21 CPO jurisdictions. Allen was appointed to this job in 2013 by then Governor Neil Abercrombie and after a rigorous reselection process was confirmed in 2017 for another four-year term by the current incumbent David Ige, and ratified by the State Senate.

How Allen’s early realization that she had a talent for leadership brought her to Hawaii is a story worth telling.

Born and educated in South Africa, she spent her first 10 years collecting, as she puts it, accounting, auditing and tax experience there. “As early as the age of nine I somehow had a fascination with leadership.” Another early fascination, for space and aviation, brought her to the USA in 2000, where within five months of arriving she persuaded the Air Force to sign her up. “The Air Force put me into contracts, where I was able to do very well probably because of my background in finance and accounting,” she says. Through serving for six years as an enlisted person and a commissioned officer, she built up experience of working in contracts, and transferred as a contractor to the Pentagon working on classified army contracts.

By 2007 Allen had transferred to the National Geospatial Agency (NGA) – “I like to refer to that as Google Earth for spies,” she quips. Not a bad description, considering that she was at the Agency at a time of some critical operations including the tracking and targeting of Osama bin Laden. “It was even more exciting for contracts and acquisitions which is what the federal folks call procurement,” she continues. Working under another woman leader there, at a time when the organization was striving to justify its continued existence, she participated in the creating of cross functional teams across the 16,000-strong agency, and procurement was tasked to introduce ‘agile acquisition’. “I was lucky enough to be the executive advisor to the top procurement official and so I was integral with that program, managing all the multiple cross functional teams and hundreds of subtasks within them.”

In 2012 Allen left her job with the NGA and took herself to Hawaii. Why here? “Because I missed it, and it was a place I really felt at home,” she answers. We should explain that as new recruit, after basic training her first posting was to Hickam Air Force Base near the famous Pearl Harbor. On arrival, late at night, she was greeted by a senior airman who placed a lei (the traditional flower garland) round her neck. “I was disconcerted from the stress of basic training and not sleeping, just trying to survive and with no idea what I was in for. But as soon as I put my feet on the ground, with all the air smelling of flowers from the lei, I fell in love with the islands.”

That love never left her. As she explains, people coming from the mainland either get it or they don’t. “It is a place where east meets west. Added to that we have this underlying beautiful Hawaiian culture that is a simple sense of living life and taking care of each other and of the land.” The contrast with the Washington environment was stark. Over there, the only thing that drives people is getting the job done. But in Hawaii the relationship always comes first. “I was looking for a place where I could find an elevated spiritual culture and I certainly find that here,” Allen says.

This is not to suggest that Allen didn’t enjoy her work before. She blesses the Air Force for helping her overcome culture shock, teaching her what she calls ‘the heartbeat of America and American culture’, and giving her a sense of pride in belonging to a great nation that was very different from the ambivalence of a troubled South Africa. Nevertheless, Hawaii clearly captured her heart. Its culture of ‘Aloha’ fits her management style. “Aloha is learning to hold every relationship tenderly. It is allowing courage to be defined while still maintaining grace. It is leading as a servant and operating in ways that unite.”

When it comes to procurement systems, Hawaii is very young compared with the East Coast. When Allen arrived, the teams were working with antiquated systems and mindsets. Procurement meant no more than doing deals and buying things. “My experience on the federal side includes the entire acquisition life cycle so that was definitely a new idea that I was able to bring in.” Her instinct, budgets aside, was not to pursue a crash technology transformation program. The relationship came first. She felt she had to make her people realize their true worth. “In Hawaii relationships are started when you ‘talk story’. At my first meeting with the staff I shared a story about the ‘tree of procurement’, its roots representing the statutes and the rules, the trunk the Governor’s policies, the branches the departments and agencies and the leaves, all the transactions.”

The people themselves were represented by the Pueo owl, unique to Hawaii and inhabiting the tree. The owl now appears on everything from T-shirts to PowerPoint presentations. “They really connected with that idea,” enthuses Allen. It conveyed they were not just clerks but professionals. “We need to elevate procurement specialists in their own minds, and their communities and their leaders too.”

So, there was indeed a transformation over her first four-year term. It has involved training, and Allen has been working hard to improve compensation levels: “They are now aware that their role is customer service, which is not how they used to see it. And right from day one when I told the story I told them it's really important that we have fun in this job.” For example, sharing food plays a big part in the daily life of the department.

Another thing Allen introduced was a certification program to recognize achievement. Twice a year Pueo certificates are awarded, and the annual procurement conference SPOCON that she created two years ago brings together procurement specialists from across the islands with contractors and other stakeholders. At the same time she introduced a procurement award that all the counties, state agencies and CPO agencies can compete for. “I haven't got a big budget but I can give them training and I can give them an emotional lift up, support them mentally and assist them to elevate themselves.”

Allen has set herself a raft of goals. One of them is to move towards an e-procurement system. Without access to the analytics and metrics she’s used to it is difficult to get vision of her spend and to prepare reports for the legislature. Many states, she observes, prefer agile e-procurement solutions, built on a self-funding catalog based model, over large-scale ERP systems. This is the approach to digitization that she favors. “It would give us incredible power to transform, bring efficiencies and add transparency.” Still, she is very satisfied with the tools her team has created on a very small budget. Now that they have a life-cycle view of procurement and customer service, Allen is looking to introduce them to pricing analysis and contract law. “The multi-billion contracts and programs we work on are a fantastic opportunity for us to get involved with the economic sustainability of Hawaii,” she adds.

As we saw, contingency management and food security are key areas of concern. Leveraging state food programs in collaboration with the departments of agriculture and defense would reduce the islands’ dependence on food from the mainland and stimulate local supply chains, and she remarks on the juxtaposition between the short-term political view, and the long-term need. She’s also partnered with the Counties for Kauai and Big Island, as part of the Governor’s Executive Task Force on managing the floods and the lava, along with the Federal Emergency Management Agency (FEMA), to conduct compliant procurements for federal aid.

Hawaii’s main source of revenue is tourism, another area Allen sees scope for reform. The island’s 10 commercial airports have long wanted to group themselves under an airports authority and Allen is very committed to helping them to do that. “We need a focus on points of entry and exit. I want them to be really successful and to work seamlessly with the Department of Transportation, the governor's office and the airport authorities.” It’s a shame, she adds, that the legislation to create a central authority has stalled over recent years.

Despite Hawaii’s laid-back image, islanders are really hard-working. Their processes may not be familiar to outsiders but they are effective. For Allen, the Aloha spirit is about awareness of self-worth, but with humility. “I am still learning every day.  Aloha has really helped shape me as a leader: it has taught me that while the mission is important, it’s subservient to the spirit of people and place.” 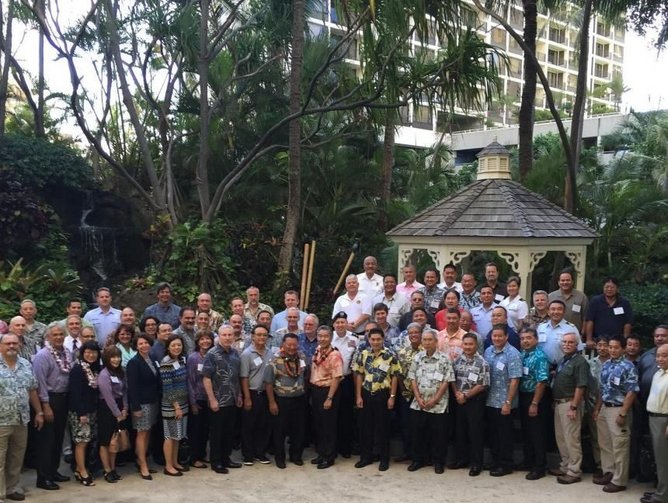 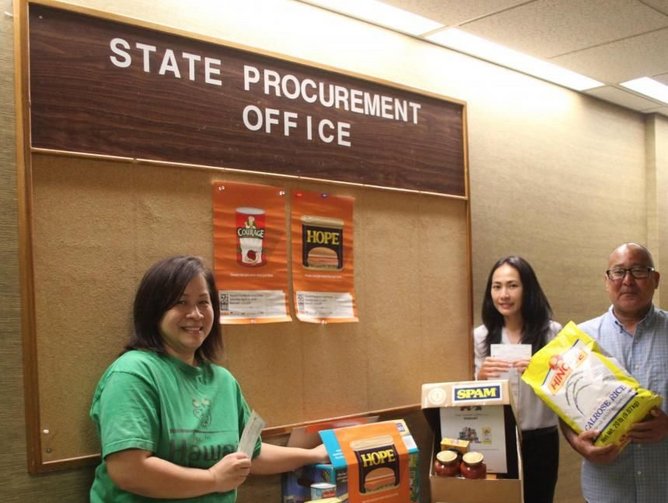 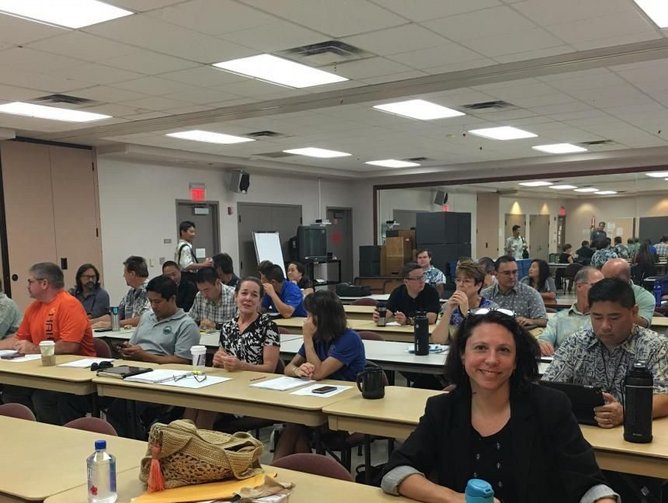 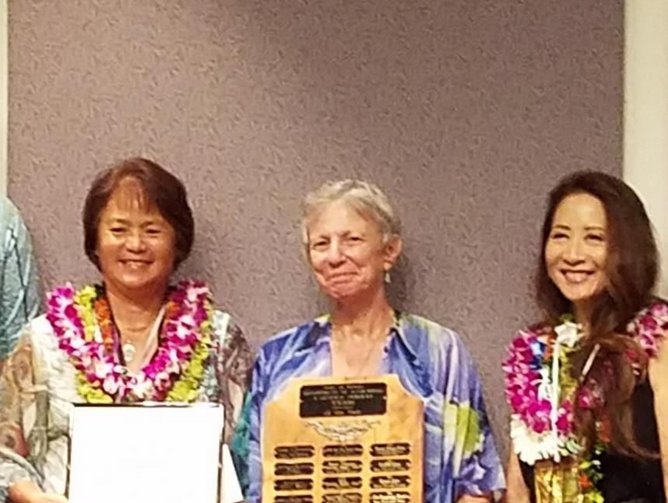 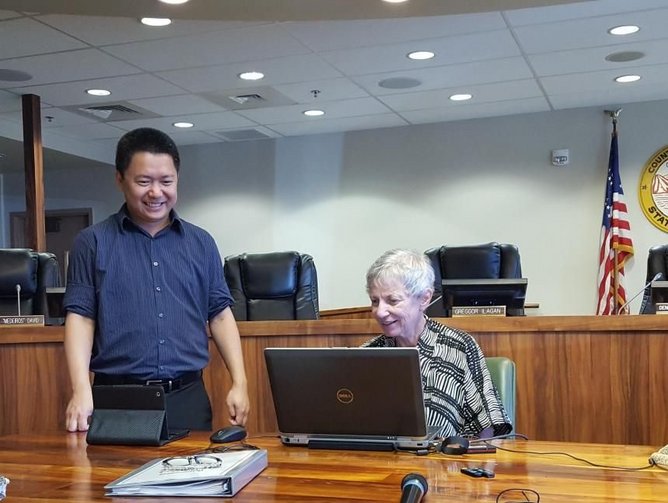 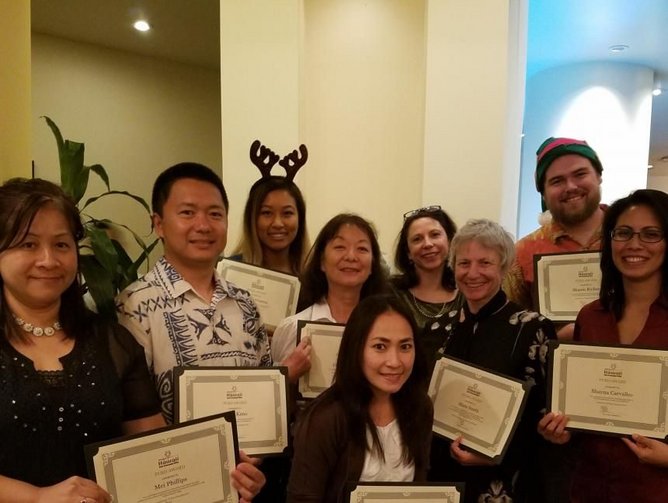