‘Do what you enjoy the most and you’ll never work a day in your life’ – this may be a well-versed platitude, but for Neelam Sandhu it has proven to be sound advice when navigating through her career. She knew that she reveled in fast-paced and dynamic environments, that she wanted to utilize her skills in business strategy, and most importantly that she wanted to work for a company for which she could be a genuine ambassador. This inevitably led her to the world of technology and ultimately the doors of BlackBerry. The rest, she says, is history.

Now, Senior Director of Business Operations Office of the CEO at BlackBerry, Sandhu describes her role as one which “touches every function of the company in some capacity”. One day she may be meeting with government officials and customers, the next launching a new internal expense management system, or executing on initiatives like the BlackBerry Shield.

Sandhu has seemingly found her calling in the technology sector but unfortunately, women in this field are increasingly rare. A report by Accenture and non-profit Girls Who Code noted that women account for 34% of computing jobs today, down from 37% in 1995. Elsewhere, in the UK, figures from the Women’s Engineering Society (WES) show that just 15% of people working in STEM (Science, Technology, Engineering and Mathematics) roles are women – and only 5% of leadership positions in the technology industry are held by women. The statistics make for disheartening reading, but Sandhu is optimistic that we could see change on the horizon.

“In my career, I’ve certainly experienced some bias from men and women alike,” she recalls. “However, I’ve been very fortunate that, for me, BlackBerry has been a great place to grow and learn and to advance my career, with support from both genders. I wouldn’t be where I am today without that support. There are still a number of challenges that need to be worked on in every industry, not just in technology, when it comes to gender diversity and equality,” she adds. “But I think the conversation is changing – it’s becoming less taboo and men are getting involved in the discussion as well, which is critical.”

One of the biggest hurdles, Sandhu believes, lies in the lack of female role models in male-dominated fields. “Women don’t have those same role models or examples as men to look up to or emulate,” she observes. “But I do think that's changing. For example, we can see that two leaders of General Motors – the CEO and the CFO – are both women. The automotive industry is one which is notoriously male-dominated so we are seeing change right there. Betty Liu is another example. She began her career in journalism, went on to start her own business and now she is the Executive Vice Chairman of the New York Stock Exchange.”

Another hurdle, Sandhu believes, lies in education. Surveying over 2,000 A-Level and university students in the UK, PwC found that only 3% of women say a career in technology would be their first choice. “We need to increase the pipeline of women in STEM and that starts with education,” notes Sandhu. “We need to work on creating an environment where women feel comfortable learning STEM topics. Not only is the professional environment male dominated, but the education environment is too. So, creating that environment or community where women feel comfortable in STEM is important.”

Sandhu also suggests that creating the right messaging that appeals to women and encourages them to get involved in STEM could prove helpful. “For example, at BlackBerry, we're very focused on making sure that whatever we do is positively impacting society for the better – that messaging is not traditionally seen in, or associated with, technology,” says Sandhu. “Technology is often seen to be a more rational, colder environment. If we can change the messaging to highlight the value that technology adds to society, it will attract more women to the sector.”

‘Impacting society for the better’: it's an admirable statement, and it’s one which BlackBerry is putting into practice ever since it shifted its roadmap following a mammoth transformation. To say BlackBerry has reinvented itself in the past decade would be an understatement. At its peak, its smartphone was in the hands of almost every corporate and business professional, with sales reaching a crescendo between 2009 and 2011. As the competition heated up, BlackBerry’s device sales slumped and it decided it needed a new roadmap. This is where John Chen, BlackBerry’s current Executive Chairman and CEO, entered the fray. A well-known turnaround expert, Sandhu says that Chen helped to herald in a new era for BlackBerry. “He stabilized the company financially and put us into growth mode. To do that, he had to develop a strategy which would take us into the future,” she says. “He decided to focus on what we do best: security and connectivity.”

Recognizing that the market was shifting towards a software model, Chen helped to spearhead a new chapter in BlackBerry’s history, pivoting it from a smartphone hardware firm to an enterprise software and services company. “He led the company through a complete shift culturally, operationally and strategically,” notes Sandhu. “The future of the tech industry and the connected world lies in software, not in hardware, so we’ve evolved to become a software company, focused on connectivity and security. Chen also identified a new market called the Enterprise of Things (EoT) which we have positioned ourselves to lead.”

Just as BlackBerry mobilized the workforce with smartphones – allowing employees to send emails on the go, for example – so too have other technologies and tools transformed the way we work. As more and more devices and tools enter the enterprise workflow, there is a greater need to make this workflow secure and this is where BlackBerry is making its mark. “The Enterprise of Things isn’t just about the assets that your employer provides you; the enterprise workflow is expanding to include other Things that aren’t provided by the enterprise. For instance, an employee might use a file sharing solution that isn’t provided by their employer or a device like an Amazon Alexa speaker. There are more Things being connected into daily work processes that aren’t under the enterprise’s control. This means that enterprises will demand BlackBerry-grade security for more and more connected Things. We also expect to see the same request from consumers, as they become increasingly aware of their privacy landscape and demand greater transparency from technology companies.”

With more endpoints comes greater risk and this is where BlackBerry’s expertise in security and connectivity come into play. “Today we’re very focused on securing all EoT endpoints and ‘all’ is the keyword here because we are platform agnostic in what we do,” Sandhu explains. “We are keen to make sure that everybody who is connected to a ‘Thing’ is benefiting from BlackBerry's best-in-class security, BlackBerry's data privacy promise, and our legacy and reliability when it comes to connectivity too.”

The BlackBerry Spark platform is designed to tackle the growing EoT market. It delivers ultra-secure hyperconnectivity from the inside out. “There’s a scientific theory called the ‘grand unification theory’ and it states that everything in the universe can be brought together by a single unifying force, and that's how we describe BlackBerry Spark – it’s a single platform that unifies every connected ‘Thing’ securely, reliably, with user privacy at the forefront.”

As more hacks and cybersecurity threats make the headlines, security has become a pressing concern for any firm. It’s a top priority for BlackBerry too. Sandhu describes the firm as one which “lives and breathes security”, proven by the fact it works closely with famously secure organizations like the G7 governments, NATO, and some of the world’s largest banks and medical institutions. On top of this, BlackBerry also uses its own technologies and products, ensuring its internal security is of the highest caliber. “We can't have a single conversation at BlackBerry without the word ‘security’ coming up,” she observes. “We live and breathe security so that the end user and the enterprise doesn't have to worry about it. Our security expertise has been built into our platform since day one. It’s been built into every layer of our solutions, from the kernel to the edge, and so I’d say security is definitely one of our key competitive tenets.”

BlackBerry’s customers seem to agree with this sentiment. Today, BlackBerry’s software is embedded into more ‘Things’ than it was when it had its peak of smartphones in the market – and at that point of time, it had the largest smartphone share in the global market. One of the most notable examples of its widespread use, Sandhu points out, is its mass notification solution called BlackBerry AtHoc which is used by organizations like the G7 governments and the Red Cross, in emergency situations like natural disasters or manmade threat situations. “They use BlackBerry AtHoc to collaborate and send mass notifications or alerts to other users. In the last year, the solution has been used to send around half a billion messages around the world. It enables users to be safe in their environment and to be warned of potentially unsafe situations.” This clearly harks back to the company’s core ethos of wanting to make a positive impact on society.

BlackBerry’s turnaround is well evidenced and, for Sandhu, it has been thanks in part to the company’s security, its interoperability and, most importantly, its stance on privacy. “From the offset, we've promised data privacy,” she says. “We don't monetize people's data. We believe that the data belongs to the person that's generating it, meaning the end user. We've had that promise since day one and we continue to commit to it.” This has allowed BlackBerry to foster sincere relationships with its users built on trust which may have given the firm a leg up in the sector. “People have to trust the solutions that they're using and that's one of the key reasons why BlackBerry is still successful and still a key brand name. People trust us,” she adds.

On the road ahead, BlackBerry is keen to keep its finger on the pulse of the latest innovations in the sector – for instance, as quantum computing comes more commonplace, security will have to get smarter too and so BlackBerry has launched a new quantum security solution to get ahead of the curve. Most importantly though, Sandhu points out that as the landscape changes the firm will continue to remain focused on the three-word mantra which got it where it is today: security, privacy and connectivity. “In the future, we'll maintain our data privacy promise and we'll continue to come up with solutions like BlackBerry Shield that help keep people safe,” she says. “We'll do whatever we can to make these solutions available to the whole market by remaining platform agnostic, and we’ll try to integrate all connected ‘Things’ into our platform. In the future, we'll continue to stay true to our core tenets.” 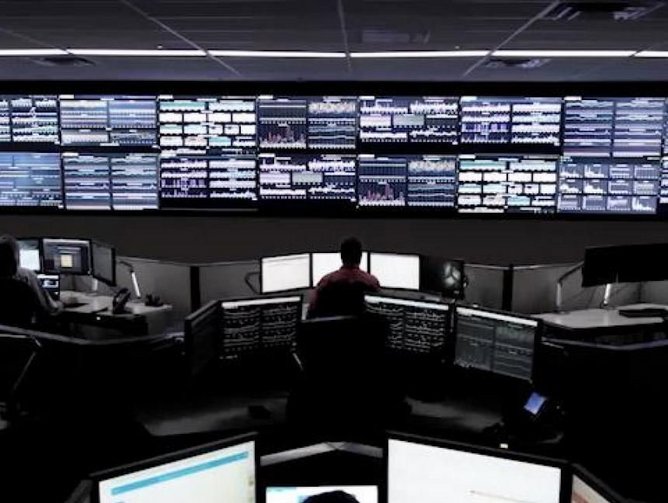 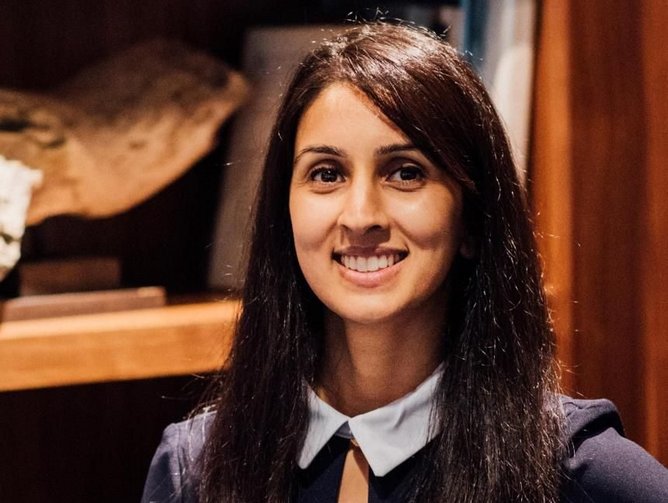 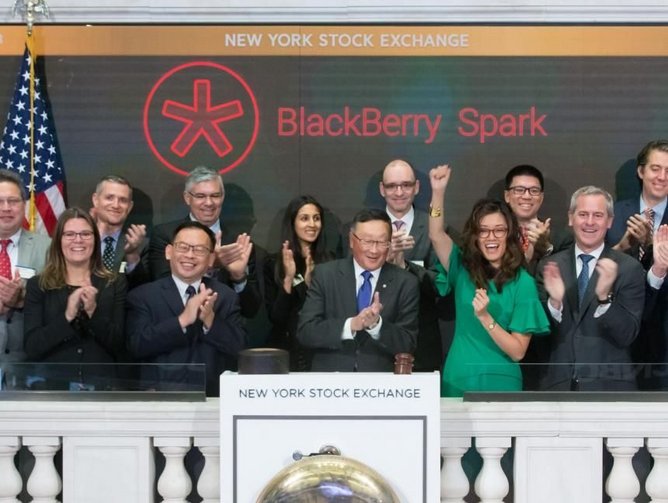 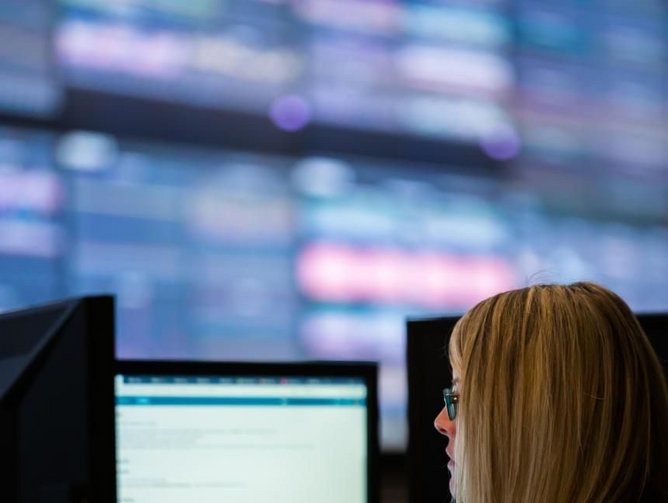