Founded in 1968 after Canada Post went on strike, Dicom took advantage of this situation to establish itself as a leading player in the parcel delivery sector. The business then expanded into less than truckload (LTL) services, but what has been key to the company’s ongoing success and longevity?

“We have a great group of people working at Dicom. I think the other big thing is our customised solutions,” observes Kirk Serjeantson, CIO. “We really go out of our way to give the customer something different than what the bigger organisations or some of our competitors would give, just because they're not as flexible in how they approach business. The other is the proud Canadian reputation that we've built over the last 50 years.”

One of the majors that has contributed to Dicom’s success is the combination of services that the company offers to its clients. “Typically, what other companies do is they have a strong parcel background like we did, and then they go to less than truckload, they open up separate facilities with separate technology,” Serjeantson states. “They almost create a separate company. Instead, what we did was we made sure that our technology and our real estate were all one, so that all the parcel and LTL product is in the same building, managed by the same team, and then it's managed by the same technology as well.”

From there, Dicom expanded into logistics, servicing large international companies to help deliver their freight across Canada. “That grew fairly exponentially, just on the quality of service and the innovation we were providing. Then we got into truckload, and ultimately in 2014 we were purchased by Wind Point Partners, where we expanded into the US to take that model that was successful in Canada. Our service expanded more doing final mile deliveries as well as other logistical and truckload services,” explains Serjeantson.

With a combined area of nearly 20mn sq km, Canada and the US is a formidable service area for any business. “Technology plays a big role, as visibility on parcels and making sure we know where everything is at the right time is crucial. Partner integration is also big, because obviously you can't cover every point in Canada all the time, or the US, so we make sure that if we partner with someone, our systems are communicating with each other very succinctly and effectively,” advises Serjeantson.

Technology is revolutionising industries across the globe and transportation is no different. “The quote that I tell everyone is that the battle for transportation would be lost and won on the field of technology. I just think it's going to be, it doesn't matter how cheap you are. People are going to want a certain level of service, and technology might drive some cost savings that can be passed back to the customer. I think it'll be that sort of loop of ‘here's the value I'm giving you, oh, and I can work on my cost better because I'm more efficient’,” Serjeantson states.

“We're using internet of things and gamification which are working together. We've got telematics in our trucks, which connect into our backend. We've got information from our backend connecting to that, and we've got driver inputs coming from mobile devices. All this is working together to make our operations more efficient, as well as to inspire the drivers to work a little harder through incentive programmes.”

As a holder of four patents, technology and innovation are clearly at the core of Dicom’s operations. “We're getting into wearables now, and we released our first smartwatch for both the driver and for our customers this year, as well as some pretty innovative customer apps to help them manage their data a bit better. The wearable tech is one of our patents. Giving the driver a watch, we can cover the steps, we can understand what type of deliveries they are doing,” comments Serjeantson.

“If you sign an account with a company, and it is three floors up and you've got to wait for an elevator, why should that costing model be the same as someone where you go and drop a package off on the first floor very quickly? It helps us gauge the drivers, and it helps the drivers, too. They know how quickly they're moving. They're owner-operators, so they want to get in and get out. Now we can track better how they are facilitating their deliveries so that it's profitable for them.”

Later this year, Dicom will also release a smartphone app where clients can store a signature and tap to send to the driver when their delivery arrives.

Having been in business for half a century, Dicom certainly shows no signs of slowing down. “We're going to expand our footprint in the US and Canada – keep growing and taking those services and putting them in more places,” Serjeantson states. “I think also tighter integration with some of our partners to ensure that even if we don't have a Dicom truck, per se, in an area, we're partnered with someone who can get that freight there with the same level of quality that we do. 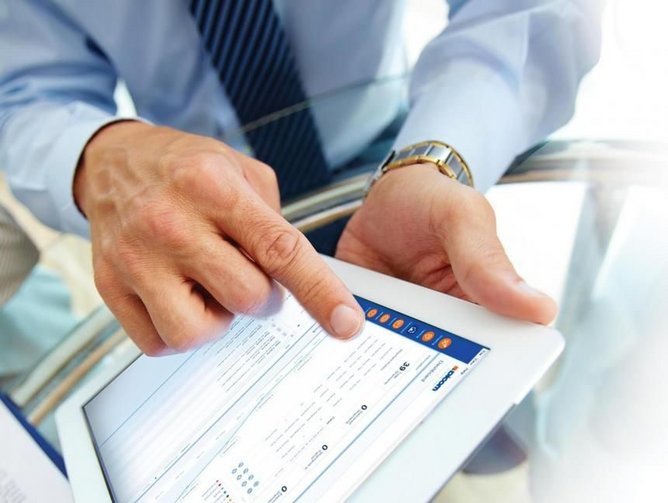 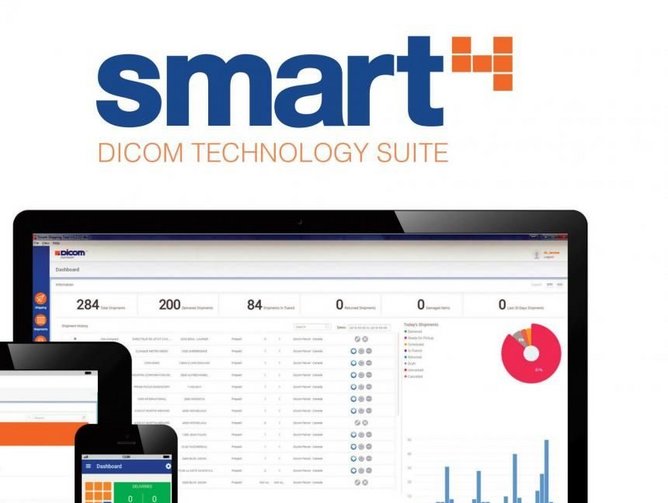