“We are digital natives. We are purely about people, process, information, and IT. We speak, eat, and breathe digital.”

Jon Zimmerman, Vice President and General Manager at GE, is animated and eloquent as he describes his responsibilities over GE Healthcare’s value-based solutions portfolio.

GE Healthcare exists to leverage its best-in-class technology and digital expertise to deliver outcomes for its customers, with a core focus on value-based care: enhanced care quality, increased practice efficiency, lower per capita costs and provider satisfaction. Zimmerman is hugely excited by GE Healthcare’s ability to ensure that “the right people are in the right roles, with the right skills, in the right quantities, at the right time.”

But it takes a detailed and sophisticated strategic vision to achieve the standards GE Healthcare has set itself – a vision that has led the organization to consolidate resources into a tight, streamlined, horizontal platform, as described by Charles Koontz, CEO of GE Healthcare Digital and CDO of GE Healthcare.

“We’ve created horizontal capabilities, which we’re driving at several levels,” he explains with a passion borne of experience.

“There’s the Internet of Things, which we take advantage of using our Predix analytics platform – it connects devices, collects the data, and ingests it into the cloud. We do a lot of what we call Advanced Preventive Maintenance, which is driven across the company and applied to healthcare. Plus, we are driving two dimensions of horizontal: the internal IT system that we call Digital Thread, and a consortium of third-party developers.”

The Digital Thread is, quite literally, what connects all operational processes within GE Healthcare. The thread automates processes and enables insights and actions that improve performance. This lies within the remit of James Richards, the company’s CIO, who summarizes its purpose.

“The simplest phrase I consistently use to explain ‘digital’ is that we need to get more output with less input,” he says. “Most companies that have been successful in digital have not entirely built their own technologies; they have leveraged existing capabilities and put them together in a way that drives customer benefit for far less input than would have been required in the past. I also need to make it eminently easier for our employees to perform their jobs, with better tools and better applications, and in some cases this means completely eliminating non-value-added tasks that no longer need to exist.”

Artificial Intelligence as a service

For GE Healthcare, technological advancements are a staple of its operations. However, there is particular excitement around AI - something the business has been hard at work developing and is now deploying to tremendous effect.

“We’re partnering with hospitals around the country. They have millions of patient records, and in those records are millions of images collected from GE machines,” Koontz explains.

“Let’s say, for example, you have a lung condition – we provide algorithms that can identify an issue that might need immediate intervention, allowing the radiologist to more rapidly provide a diagnosis and begin delivering treatment. We use these clinical partnerships to help create the algorithms, and then the radiologist will give us a thousand images of nodules in the lung, creating what’s called curated data. The potential accuracy of these algorithms is over 99 percent.”

GE Healthcare now has clinical partnerships that address a number of disease states and focus areas, including lung, brain, cardiovascular, pelvic and women’s health. The company is leveraging its existing advanced imaging capabilities alongside the clinical expertise of its partners to develop algorithms that will aid physicians in the speed and accuracy of their diagnoses.

“This is going to be critically important for emerging countries, many of which have a shortage of radiologists. This is real, and the solution is being developed today,” Koontz adds.

“It’s because A) there’s nothing really artificial about it anymore, it’s real intelligence, and B) it really doesn’t have any value unless it’s applied to something. Our team and our customers think of it more as applied intelligence. If you apply machine learning to the various data types, insights and intelligence will be born. That intelligence then has to be planted into the workflow of, or the experience of, a consumer, a clinical professional, or a revenue cycle person. So, as we invest in understanding data and what it’s telling us, we try hard to do things that make a difference and create better outcomes.”

A common source of truth

Through its Digital Thread, GE Healthcare has aggressively rationalized its application landscape to achieve these levels of technological advancement. Like any large enterprise, it had evolved an operation that ran its own data centers and databases and deployed point solutions, leading to thousands upon thousands of applications speaking to each other, making IT incredibly complex.

Fully harnessing the data driven by this cleaner, more uniform process is, in Zimmerman’s words, “a wonderfully large, hard problem to tackle.” With 37 years of experience in this industry, he is still thrilled by the advancements he has seen and is continuing to help develop, because he is able to see the ever-improving outcomes from the inside.

“One of the biggest challenges is the fact that data is largely defined by individual health systems, meaning there’s a huge quantity of it and it is often highly fragmented. This isn’t just in healthcare, of course – this is across the world at large, and really, it’s only in the early stages of being tackled. You have to be able to understand data in all its forms, so that it can be correlated and applied.”

The art of growth

Part of what helped GE Healthcare grow into its current status as an industry giant is acquisitions, meaning a lot of systems have been cleaned up to create consistency. That, combined with the streamlining of GE’s own data systems, meant a concerted drive towards consolidation.

“The whole idea here is that some IT energies are good, some are bad,” Koontz says. “We’ve consolidated hundreds of vendors down to four primary ones, and we’re standardizing our processes into something horizontal.”

The good and bad IT energies Koontz mentions can be found across the entirety of the digital landscape, reaching far beyond GE’s own in-house technology. In Zimmerman’s words, “technology in and of itself is a very powerful and dangerous intoxicant.”

“I think the challenge we have regarding how important technology is and how increasingly pervasive it is, is the intelligent harnessing and application of it to make a difference,” he continues. “To embrace quality, efficiency, and the ability to be rewarded for the work that you do.”

An example of good IT that GE Healthcare has firmly embraced is cloud computing. Since part of the company’s digital consolidation was the funneling of huge volumes of information into taut, legible streams, an effective data storage system was key, and cloud technology met that need.

“Three years ago, if you went to a CIO in a hospital and said, “What about cloud?”, they would have been hesitant,” Koontz says. “Now, with the volume of data, they are more than willing to talk about cloud. Whatever the type of data – be it operational, financial, lab, or clinical – hospitals are wanting GE and others to help them process that data in an applicable form.”

But it’s not just the elevated level of service it enables GE Healthcare to provide, Richards says. It’s fundamental to GE Healthcare’s success in the future.

“If you think about what legacy organizations look like – doing everything ourselves, setting up in our data centers, deploying our own applications across multiple functions and various regions – that complexity does not enable sustainable growth,” he says.

“That’s one of the major reasons why we’re pushing for a common foundation for the entire enterprise. By moving to cloud – and 40 percent of our applications are already there – we’ve made huge progress. The real value here is when you build a core foundation where you can rely on data integrity, that enables you to build things that may be very specific given new markets, new customers, and new regions. We can build lightweight capabilities accessible across the globe through a smartphone. That’s how you do sustainable growth.”

None of GE Healthcare’s incredible work toward peak operational efficiency and top-level digital technology would have been possible without the initial step of changing minds from the top down.

“There are major change management processes and methods that need to be put in place and should never be underestimated,” Koontz says. Looking at who the company can count on and how the organization moves forward is where change management comes into play, and the vision must be laid out for all.

“You say ‘here’s the objective, here’s what we’re trying to achieve, here’s why it’s important to the business, and here’s the role I need you to play in that vision’. That communication must be frequent and cascading,” he continues.

Of course, all of this would mean nothing without GE Healthcare’s customers, and their patients in turn. Part of Zimmerman’s job, and one of his favorite elements of it in his own words, is engaging deeply with customers: “Those hospitals, clinics, and physicians give me the great privilege of understanding their operations, their challenges, and their needs,” he says. “I am blessed to bridge those two worlds. I get to bring the best technologies to life, in a way that customers can adopt and use them to achieve better outcomes. That’s my role in life and I’m thrilled beyond words to be able to do this.”

Richards adds: “We have to push a willingness to think through what the art of the possible is. There’s an insatiable demand for better patient outcomes, which is what we’re really after here. This goes beyond advancements like making it easier to make restaurant reservations – we’re talking about real lives at stake.

“So I think that’s the exciting part – that the demand will always outstrip the supply.” 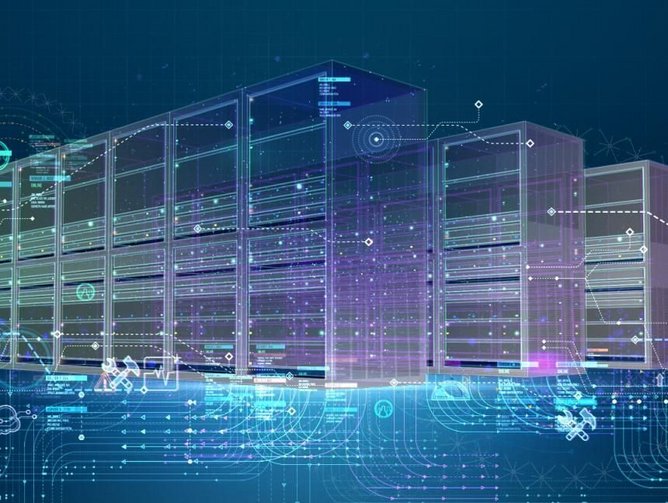 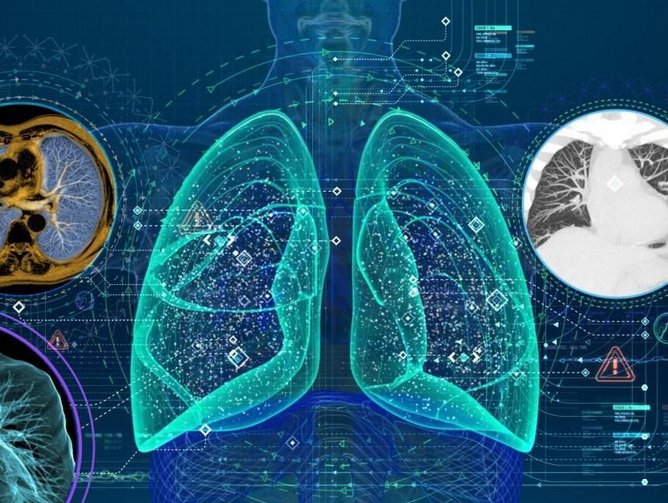