How Kering has shifted to shared IT services

Andres Montoya knows a lot about implementing huge IT and technological changes at major corporations, which is exactly what he was hired to do as CIO for the Americas at Kering back in 2014. He says: “Our Group CIO was asked to lead and deploy a shared services for IT globally, so that was the task that I was given – the opportunity to deploy, develop and create an IT shared services for Kering in the Americas.”

Kering is a world-leading accessories and apparel group, with luxury and sport and lifestyle brands – from Gucci and Stella McCartney to Puma and Cobra – under its umbrella. Digital is a strategic, CEO-level priority for the group, so it makes sense that Montoya was brought in to ensure its internal IT services were of the same high quality as the clothing Kering’s brands produce.

When Montoya started, each of Kering’s brands had just been transitioned out of managing its own IT resources, which was a very complex situation, as you can imagine. “The company wanted to move to a shared services model,” says Montoya. “Leveraging skills from within the big brands, allowing the emerging brands to benefit from the knowledge that already existed in the organization.” In order to ensure a successful shift to shared services, Montoya began by listening. He says: “I had a lot of conversations with my internal customers: presidents of the different brands, the heads of the different departments like finance, store operations, marketing, sales, logistics, and customer service. Having those conversations made it clear that transformation was going to be a big challenge.” Understandably, some people were resistant to such a large change – as well as being skeptical about the success of the project – so Montoya’s collaborative approach was key.

A general fear of change led to a lot of questions aimed at Montoya, as the individual brands worried about losing control of their IT services. He adds: “Listening to stakeholders before making any decisions on how to create a shared services for IT in a sustainable way was essential. Gradually building the right culture takes a little longer but it will be cost effective and it will be something we can sustain moving forward. Brands needed reassurance that Kering IT had the right skillset and enough people to deliver the services needed along with the right level of support.” Keeping costs down has also been an important part of Montoya’s strategy, particularly as Kering IT is charging the individual brands for its services, whereas in the past they would manage what was spent on IT within their own budgets. This means brands would be asking more questions about what it is getting from Montoya’s team, as IT is seen as a cost.

A few months after Montoya started, after these essential conversations with stakeholders, he could begin to strategize the right approach to implementing shared services. And his move was to launch different programs under the banner ‘turn around and transform’, highlighting the sense that Kering needed to go in a different direction and then implement new things. He explains: “IT is the first organization in the company to jump into shared services, so we are breaking new ground. We want people to understand that it was no longer a brand-specific organization, it is a shared services for all brands. Each brand has its own culture and Kering has its own culture, so we need to assimilate people to a new culture, changing the ways of working.”

Under the ‘turn around and transform’ programme, Montoya created around six different sub-programs. He explains: “One was around governance, one was around project management and the third was around quality. People tend to confuse IT quality with testing, but it goes far beyond that. We had to change the mentality to understand that quality affects everything that you do, in IT it is important to document everything that you do and make sure that it is repeatable. There is a saying in IT: ‘we need to move from implementation to deployment’ as implementation is what you do the first time and deployment comes next, a copy and paste. That was a concept we wanted to bring in. I don't want to be in the business of implementing every single time.” Cognizant has been working with Kering on this part of the transformation. “One of Cognizant’s main strengths is quality and it helped me create a quality management system (QMS) and assisted with change management in the teams. The Cognizant team saw and understood my vision, helping me to make it a reality today.”

Another program is communications, specifically how Kering communicates internally, to avoid the problem of applications teams not talking to network teams, for example.  Several communications workshops were offered to the entire Americas IT organization addressing specific needs, with the help of specialist agency Katen Consulting, to encourage an exchange of ideas, effective communication, and a sharing of the issues faced. Montoya adds: “We need to bring teams together and make sure they will communicate and they will understand each other’s needs and how each team works together.” In addition, feedback was provided by the brand presidents and heads of different departments. “They said the communication from IT needed improvement so I want to provide effective and open communication. I want to change our internal customers’ perception of IT.”

The second part of Montoya’s communications program involves getting specifics of its main support users and stakeholders, so a series of focus groups have been arranged to tackle this issue. “In the focus group we started to discuss the meaning of our customer experience metric, it is made up of six different individual measurable elements. Our initial rating was low, below 40 percent.  We implemented an action plan against specifics from the focus group to ensure we responded to all feedback.

One way of addressing the perception of IT within Kering’s brands, was to work on the level of support offered, which was another of Montoya’s programs. He says: “Support was not homogenous across the whole region. I would get really good service here in New York City but if I were to move somewhere else within the group, the service level would decrease drastically. So we introduced the new enhanced support model. We wanted to word it in a way that people understood that we were not completely getting rid of support but it was an enhanced model.”  The success of this program is based on a personalized approach, bringing IT closer to Kering’s internal customers. Tata Consultancy Services, TCS, has been supporting Kering Americas with this program. Montoya explains: “TCS has been instrumental in this transformation for me. It created and deployed different teams in the region, making a huge difference to the stores, which is where I wanted to first change the perception of IT. Now we offer three different languages – English, Spanish and Portuguese – so people who were not able to call the helpdesk before because they felt a little challenged or afraid of calling and having to speak in English, now they can call and speak in their own language. So the effectiveness is much better and TCS has been fundamental in supporting this.”

The most important of Montoya’s programs, for him, was about the people. “I wanted to focus on what is the target operating model and who are the people who are going to make this magic happen?” Montoya spent a year explaining the model to key teams within each brand and then introducing new roles to make the process smooth. “There are two new roles that I think are the most important and the first is the Business Relationship Manager. This is the liaison between IT and the customer, the brand. So it's a person that is very senior in IT technology who has also worked in operations before, whether that’s manufacturing, finance, HR or logistics. But they transitioned at some point in their career into technology and now they understand technology. So they can speak the two languages. They can also relate easily to our stakeholders and the needs they have from a business perspective.” Such a multi-skilled person has not been easy for Montoya to find, not least because it is the first time such a position has existed within Kering. He adds: “The first Business Relationship Manager was going to break ground so it was very important, very essential for the success of these roles to get it right the first time.”

The second new role Montoya created was the IT Store Operations Manager, who needed to have a thorough understanding of the IT needs of Kering’s stores. “This is an IT operational manager role because a lot of Kering’s business is done in stores so I needed to have someone that was like the voice of the store within IT. Someone that will spend a lot of time at the store, that will understand what are the challenges from a technology perspective.” The stores – clearly – are the key to Kering’s revenue, so it was important that there was nothing, from a technology perspective, standing in the way of each brand serving its customers.

In just two short years, Montoya’s plans have begun to have an impact on the brands. Big improvements are apparent in all of his key program areas – there is a tangible cultural shift and perception about Kering IT Americas.  Our customer experience metric rating stands above 80%. Increased transparency and collaboration in the relationship with its customers and a more fluid communication, both formal and informal. New skills have been hired; filling in important needs to deliver IT services to customers.  And new partners have been integrated helping to consolidate and decrease the number of providers, reducing cost and increasing skill levels.  A project management methodology was deployed, with the help of Accenture and Cognizant who offered guidance and supported the deployment of a new agile Project Management Office (PMO). Other changes that Kering’s IT team has implemented include fortnightly status reports to help address many of the communication issues, alongside meetings with the brands on a recurring basis. Quarterly review meetings have been established to validate and clarify on IT service volumes and the alignment with recharges, increasing trust on IT cost passed on to the brands. The focus on quality is, obviously, ongoing. Montoya concludes: “Quality is a never ending program, but much of the work on making people understand what quality in IT actually is has been achieved. We have a strong foundation. That is part of this big transformation that we as a team have been working very hard to reach.” 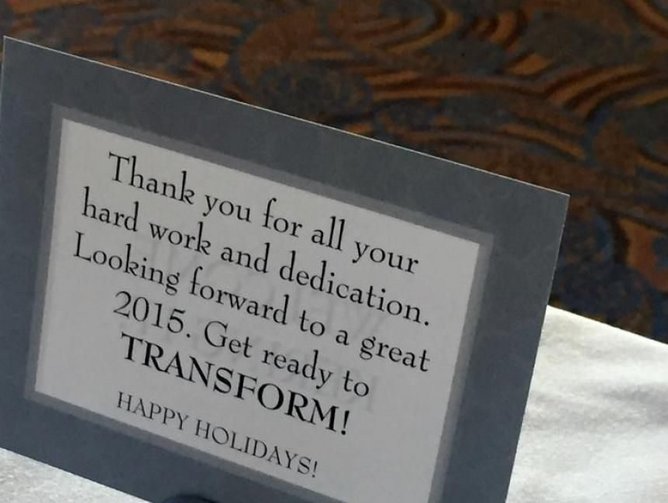 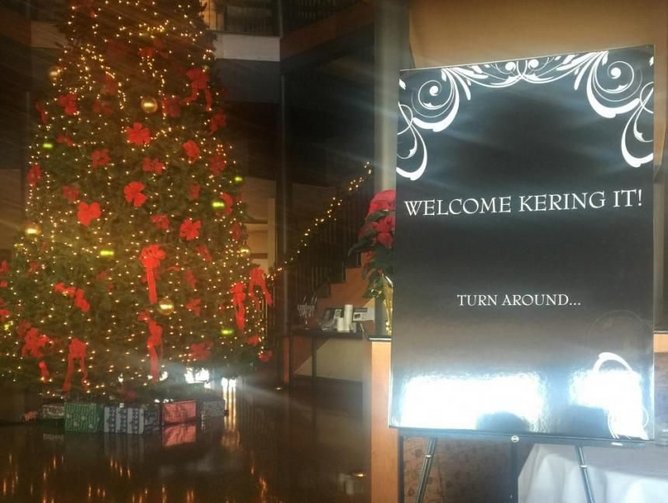 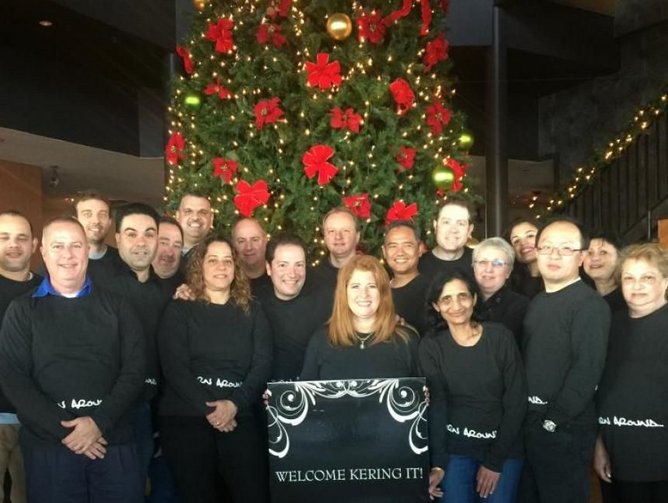 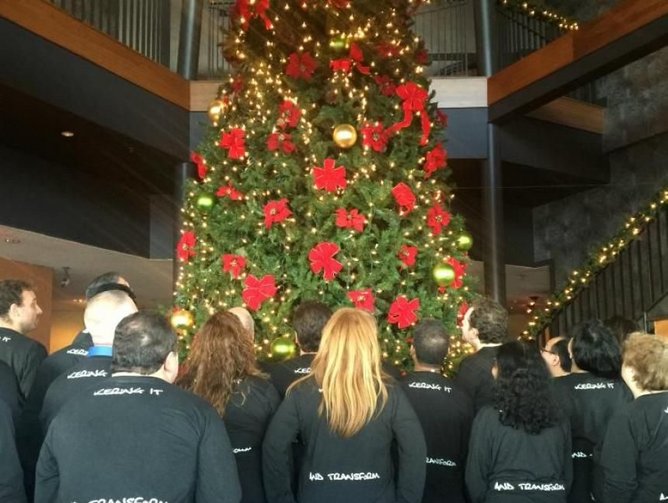