When PURE Canadian Gaming was founded in 2013, the new company aimed to build on the 40 years of success achieved under its previous guises of Alberta Bingo Supplies and Casino ABS, whilst catapulting the business into a new era of success.

Original founder Heinz Oldach, who sadly passed away in 2010, spent nearly four decades building up a huge number of loyal customers in the province of Alberta and the company remains the biggest and longest-serving casino company in that part of Canada.

The aim behind the 2013 rebranding and restructure was to safeguard Oldach’s legacy by employing a modern business strategy which kept both customers and workers happy, and ensures that the company can produce the best possible product.

PURE recruited George Goldhoff as CEO in late 2011 and he has overseen the change within the company, calling on experience gathered over 13 years with MGM Resorts International which included opening the restaurant at Bellagio in 1998 before serving as a General Manager between 2007 and 2011.

Goldhoff has enjoyed spearheading the change. He says: "We knew that we want to rebrand the company to show that we’d turned the page and were actually moving forward - we worked on everything from marketing to IT to finance, HR, it was truly a complete transformation of the company.

"When I got here, there was nobody in HR or marketing, two people in IT who knew how to change a printer but there was nobody strategic, so it was all about becoming more data-driven and to understand and get insights into our business through IT, better financial metrics, KPI’s as well as simultaneously improving the facilities, rebranding the company and marketing, creating campaigns and promotions - draws, giveaways, everything a modern casino company would do.

"And then the underpinning of all of this, is that I knew these great team members would want to be led into the 21st century and we needed to develop and train them because we felt they had been somewhat forgotten throughout the years.

“So whether it was through employee recognition or hiring the right people or intense immersion in customer experience development, I knew that is what could separate us and be a differentiator in our market, because we’re 15 minutes away from any one of our competitors so we have to earn it, every single day.

"There’s not one area we haven’t looked at and improved."

The company now employs over 1,000 people across their four sites in Edmonton, Calgary, Yellowhead and Lethbridge.

Despite the fact the company has such a vast number of employees, there is one overriding credential that PURE demands in every single individual.

Goldhoff explains: "We need people who are positive, so we have something called the general optimism test. We need people who come into our company to see the world as 'a glass half full’. We need them to be optimistic and not pessimistic so in terms of recruitment, absolutely everyone who’s potentially coming into the company takes that assessment.

"The other one, and this is something we give to management, is called the Management Change Inventory. The MCI is to say that, if a manager understands that change is always happening, they embrace change, they know how to manage and communicate change then that’s what we need in management, along with being positive and optimistic.

“We can teach you how to flip a hamburger or flip a card but really need those two things in all of our new recruits."

PURE enjoyed a steady period of growth from 2012 through 2014 and then had its best ever year in 2015 before the oil price crashed, making it up an uphill struggle throughout the country.

Goldhoff says the economic downturn combined with Justin Trudeau’s government increasing taxes and the minimum wage for employees, presents a real challenge and has been factored into the group’s strategy.

He continues: "We’re trying to drive revenues even although the economy is working against us. We’re developing our staff in regards to brilliant guest experience. We’re doing a lot in terms of measuring that, with mystery inspection shopping and we’re really focused on social media ratings and that type of thing to ensure that we’re in the best possible position to capture market share from our competitors due to the economic circumstances.

"We’re extraordinarily focused on creating productivity and cost efficiency and trying to maintain our margins even although there are a variety of things which are difficult in the economy including the fact the minimum wage over three years will go from $10.20 to $15 and we’re in the midst of that right now, we had corporate taxes go up, carbon taxes, tobacco taxes, property taxes, liquor taxes - the government is really tax happy right now so a penny saved is a penny made in 2017 and 2018 because you can’t market yourself out of these tax increases.

"And the last thing we’re focusing on - I am a great believer that you change a company from the inside out, you don’t market and tell people what you’re going to be and then become it, you have to already become that first. We’re focused on best in class, team and environment.  We do employee surveys each year and we’re very focused on developing and recruiting the right people. We know that, if we get that part right, the product in terms of what we’re providing in customer service terms will be excellent and that will translate well financially."

The positive financial results prior to the economic crash have allowed the company to reinvest in its facilities and the CEO’s experience has really come to the fore when it comes to the group’s new food offering, which has already been rolled out at two of the company’s four locations, with the third happening now and the fourth set to follow later this year.

Goldhoff worked with TV chef Sam DeMarco, with whom he opened the Bellagio restaurant back in 1998, for the relaunching of the company’s food offering at Yellowhead, before working with DeMarco's trusted “lieutenant" to continue rolling the menu out at the company’s other premises.

Goldhoff adds: “We’re in markets that are very local. We’re not putting in Michelin three-star restaurants and we don’t have the space to put in a whole variety of restaurants, so we knew the offering had to be everything to everybody and our market is straight down the middle so I brought Sam in and we created the most flavorful, innovative menu that the market has right now.

“It’s been a huge success and my belief is that we’re keeping people here longer and giving them an excuse to have another trip to our casino, even if it’s not to play a table game or a slot machine, they’re coming for the food, exclusively now in some cases.

“Sam is in Amsterdam now engaged in another project, so I asked him whom his best lieutenant was and he brought me a guy Rob Ryan, who is as passionate about food and as high-quality a chef as Sam, and we’ve been using Rob to roll out this menu in our other three locations.

"We’ve rolled it out at Lethbridge, we’re implementing it at Edmonton and then we’re taking it across to Calgary over the summer, but in each location we’ve kept the specific regional favourites that we can’t take off the menu for our loyal customers who would start a revolution!

Goldhoff finishes by explaining how this renovation has gone beyond simply developing new food offerings. For the CEO, food is a newly unleashed marketing weapon.

"We’re rolling it out and we’re also getting aggressive and renovating our other spaces and facilities as well. We’ve turned food into a marketing weapon because nobody is doing it as well and food is an incredibly important part of casino marketing. People recognize that having a great food product is a business imperative if you want to attract people and keep them at your casino. In 1998, we essentially changed the way that developers, operators and casino owners thought about food when we opened Bellagio and I’ve taken that format, or philosophy and integrated it into our properties.

"When I talk about weaponizing food, I mean that people will come to our casinos first because they can get a great dining experience and I know once they’re here, they’re not going to leave and play somewhere else, they’re going to play here as well.” 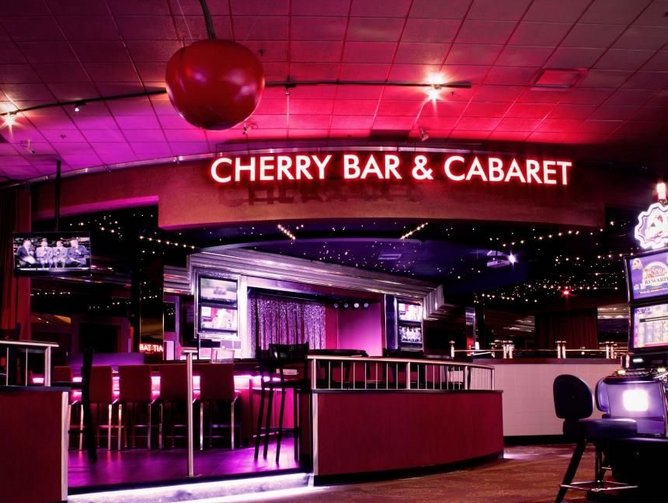 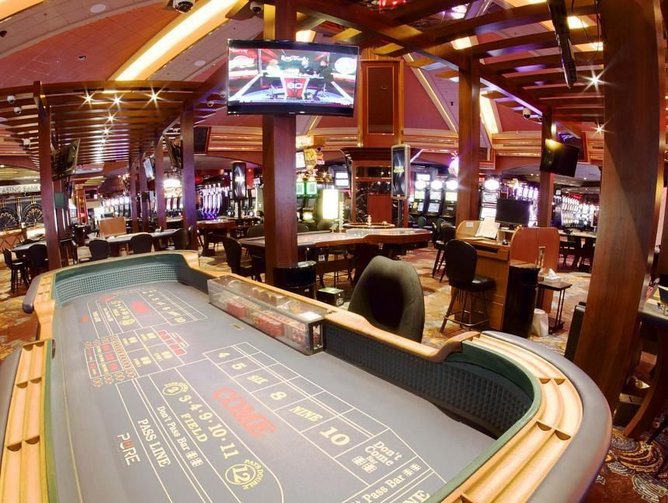 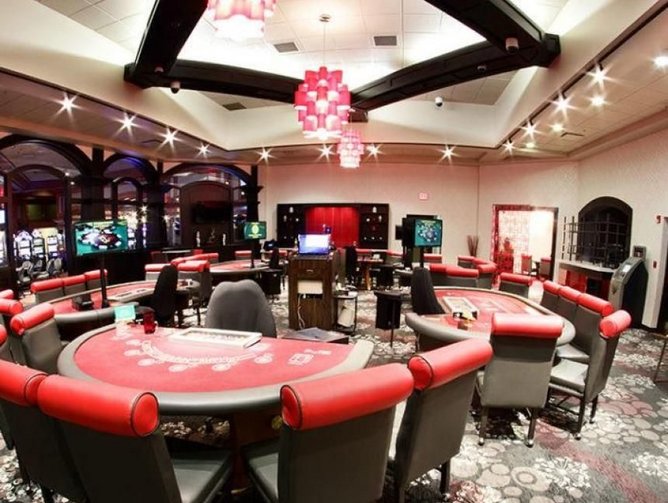 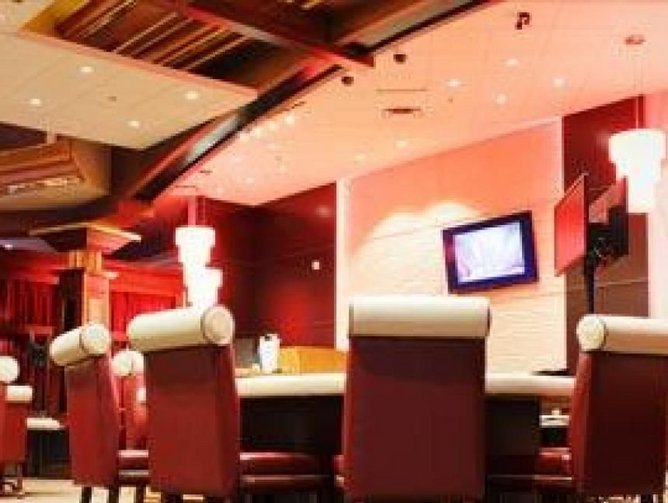 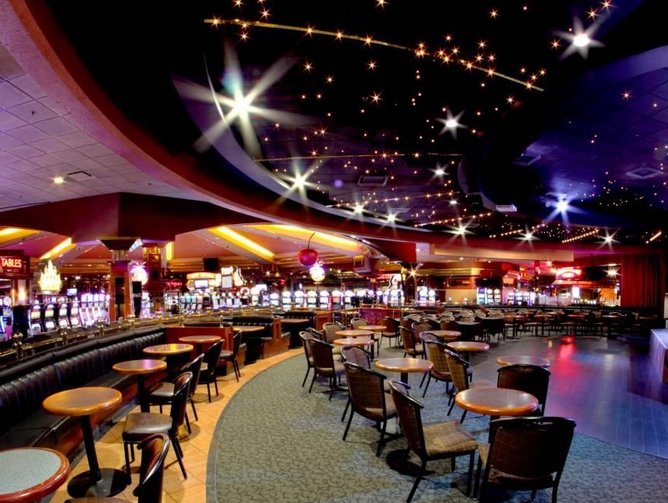