How SSR Mining embraces technology and growth through operational excellence

After more than 70 successful years of operation, exploration and development, SSR Mining (formerly Silver Standard Resources) embarked on a journey to become an intermediate precious metals producer and one of the world’s leading premier mining companies. The company currently has three mining operations, including the Marigold mine in Nevada, US, the Seabee Gold Operation in Saskatchewan, Canada and the 75% owned and operated Puna Operations joint venture in Jujuy Province, Argentina. SSR defines its existing and future success on strong exploration growth opportunities and operational excellence.  It is the focus on operational excellence that will prove key, as SSR Mining’s existing and future success can be pinned on one crucial component – the development of its people.

“The mining industry today needs to be more focused on continuous improvement and the best way to move forward is not necessarily through more capital, but better collaboration and more results with people,” explains Kevin O’Kane, Chief Operating Officer. “Personally, this is where I get excited. I look at how an organisation can become more effective. One of the challenges and opportunities in SSR, a company that’s been in operation for over 70 years and made up of different cultures and experiences, is how can we create collaboration and consistency in an effective way.”

O’Kane was appointed COO in early 2018 and brought with him over 30 years of industry experience across Chile and Canada, having worked with BHP for most of his career. He has worked at all levels of operations, project development, business development as well as health and safety. During his career, he gained a keen understanding on how to get people to where they need to go through collaboration and the standardisation of best practices. “I can see where the different operations are at different points, or people within the operations have different levels of understanding, and I've had the opportunity to see how that connects together.” he says.

As SSR continues its growth journey, O’ Kane believes it must do so with the aim of maintaining the agility of a smaller company and the key for it to achieve this is through collaboration, leadership and indeed, standardisation. This is where Operational Excellence comes to the fore and SSR established the role of Director of Operational Excellence to drive this focus.   But what is a Director of Operational Excellence? “It’s a position based on asking questions. Where can we expand and add value, build on the ideas our people already have, shine the light on solutions, create an environment where we can challenge the ways of thinking and due diligence” says Liezl van Wyk, Director Operational Excellence with SSR. “It’s about creating different angles on problem solving and bringing in a new wave of discussion. It is about our commitment to Safety, it is about leveraging and empowering our workforce.”

Van Wyk is no stranger to Operational Excellence, having spent the best part of her career looking at mining operations and creating ways in which businesses can enhance strategy and transform operating models through people, change management and technology to unlock greater value. Technology, as it is in most modern industries, continues to be one of the biggest drivers of change and SSR is no different. Van Wyk is a firm believer of using data and the accessibility of that data to quantify Operational Excellence. “One of the very first projects that I oversaw was centred around becoming more disciplined on data and starting to increase the connectivity of our existing systems more,” she says. “Across the industry, businesses are becoming cloud based because it’s a very centralised platform in which you can access information from anywhere and make data available to whoever needs to consume it.”

“We're an asset-centric business, so all our decisions need to be around maximizing, optimizing and independently coordinating the flow of assets and how it hands over from one to the next.”

To this end, SSR built the necessary internal infrastructure that would allow the business to shift to this cloud-based platform where it makes sense. As a small, mid-tier company, SSR couldn’t outsource this implementation to consultants or technology vendors and so this required a lean, targeted, fit-for-purpose problem-solving approach from Van Wyk and her team. Technology is all well and good but it is the people, and their capabilities, that ultimately turn potential into opportunity and value.

O’Kane seconds this approach and speaks of how the company overcame this challenge through leadership and competency development programmes for all levels of operation. “Quite often, we focus on where we think the gaps are, and what we really need to do is look at the whole value chain, understand where our primary and secondary bottlenecks are, what the gaps are, against what good looks like, and focus on those gaps,” he says. “It's obvious, but it's not always easy, because when you're somewhat of a personnel-driven organisation, you focus on areas that the senior people think are important, and that's not necessarily always where the focus needs to be.

“I'm trying to focus on those so that when we sit down with the management teams in each of the sites, we're talking about where we're going, and what the barriers are to us moving forward, to be more effective. It's an opportunity to have interesting discussions about how you can determine where, in the value chain, you need to focus management attention, so you produce safer and more productive results.”

The challenge then becomes one of implementing change, especially in a company that has successfully operated for more than 70 years. Van Wyk points to the one word that’s on everybody’s lips in any organisation is capital and the allocation of that capital. Talk of change is all well and good but eventually it’s going to come down to cost, timing and priority and how much is going to be needed to invest in this change. Van Wyk acknowledges this and again the key is around people. The importance of educating company leaders in the value of what Operational Excellence together with new technologies can bring is fundamental. She points to a process of small-scale proof of concepts (POCs) as being key to this conversation as it enables a willingness to experiment and change the way of thinking. “If you’re going to spend money on drilling 100 exploration holes versus spending money on some kind of tech savvy data platform and tablet-based computing, you are more likely to spend funds or invest capital on 100 exploration drilling holes if that's always been the mindset of the company,” she says.

“I usually ask: Is it a tool or is it a toy?”  And to move the sentiment, this is not a toy, it's actually becoming a tool, so that those biases of where we are going to spend money are where we know we will get value. One way to mitigate that challenge or that risk is quick, small POCs, and showing where the risk sits and the willingness then to take it on or not.”

These POCs prove fundamental in not only highlighting where Van Wyk and her teams are making progress and driving change, but also in unlocking future growth. O’Kane points to the company’s Marigold project as a shining example of this. He notes that historically, SSR had focused solely on improving productivity at the mine; but by making great improvements in truck productivity and Operational Excellence it has allowed the company to look at the next bottleneck.  Through the centralised system at Marigold, operators now have access to real-time analysis on site performance which allows them to take immediate action and move forward faster than ever before. SSR is also completing its first multiple drills automation project to significantly improve both drilling and blasting, but O’Kane is keen to stress it goes beyond simple productivity benefits.

“That project is really about us learning how to do the automation journey, so we'll be able to then take what we've learned about how the organization adjusted to automating equipment, to apply it to other equipment and this benefits safety,” he says.

“It has been accepted very well by the workforce, and the drillers, who you would think, if their equipment is being automated, would be quite resistant to it, but they've been a great help. I think that's a testimony to the management team there, in how they've implemented it.”

This is echoed by Van Wyk, as she feels that value is and will always be quantified at the business level by shareholder returns and employee engagement. “So, it’s the right answers at the right cost point and doing it very safely,” she says. “It’s not just a singular problem you’re solving and in using Operational Excellence tools and a value-based approach to show the value, you can achieve many goals across all levels of the organization.”

“Our best ideas have come from all levels of the organization.  We are proud of our employees.  They are the ones whom have taken onboard the OE approaches as part of their day to day considerations.  They have brought forward the safety improvement ideas, the cost savings initiatives, the production improvements, the different angles on old problems.  And we assisted with the tools, the frameworks and the enablers.  One needs trust, strong relationships, and great leadership to bring this all together.”

Operational Excellence has become embedded into the company’s very DNA but as Van Wyk highlights, Operational Excellence is all about continuous improvement. “I look in terms of opportunities that are out there, and things do change quite a lot, but the foundational aspects don't and these are what we build on,” she says. “It’s a combination of building on the foundational pieces as well as a culture of creativity and willingness to try something. Learn fast, fail fast, make corrections, improve and bring back an improved product. We are finding better ways to operate every day”

“That's the world of Operational Excellence. The job's never done.”

As SSR continues its journey into a new future of operating, Operational Excellence will continue to define and redefine the way in which the company achieves success. The very definition of success for SSR is fluid, it could be additional assets to its existing portfolio or it could be increased capital, but as Van Wyk notes, the future will be one of unlocking the value that Operational Excellence can bring.

“This is happening through our workforce’s understanding and contributions together with management’s proactive challenging and support. We are on a journey to create value and enhance safety. As we grow from three operations, the impact and reward of the journey actually increases,” she says. 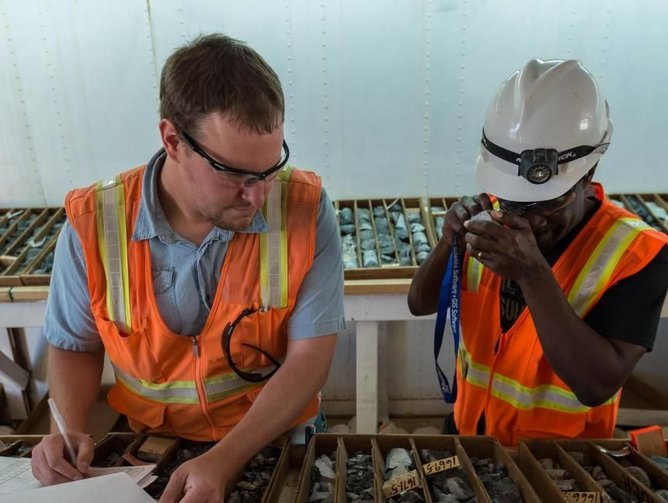 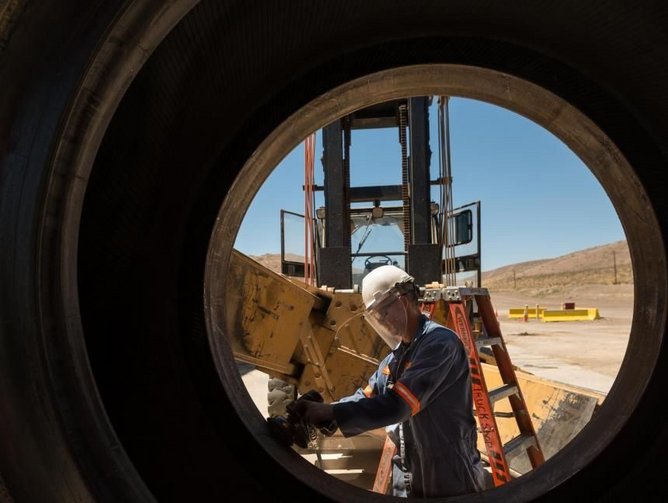 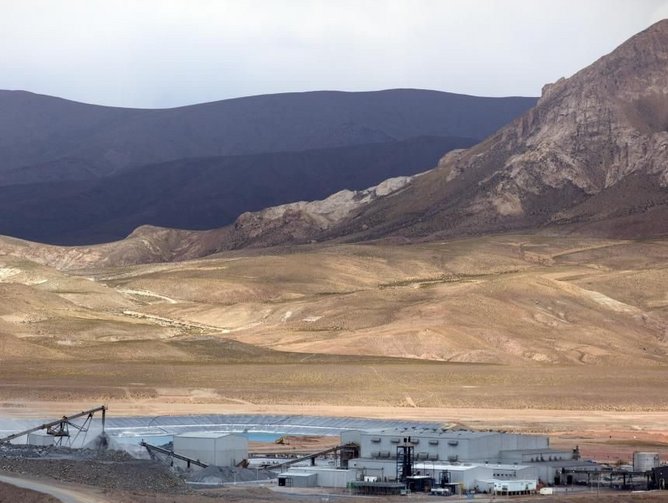 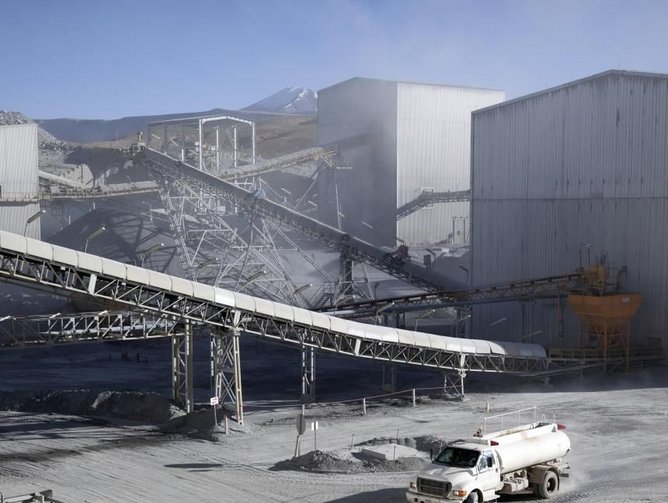 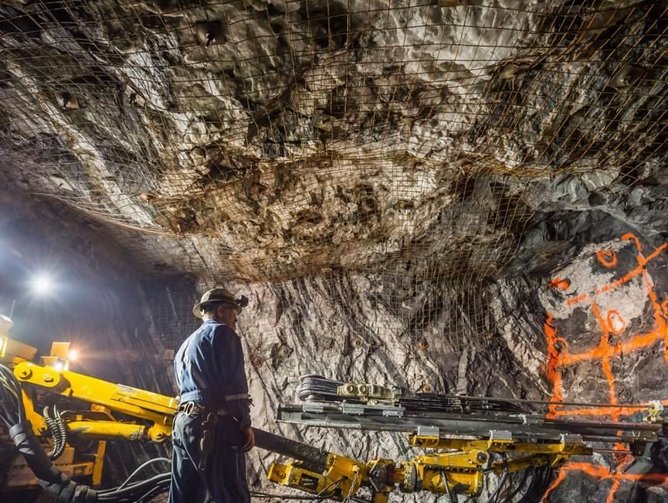 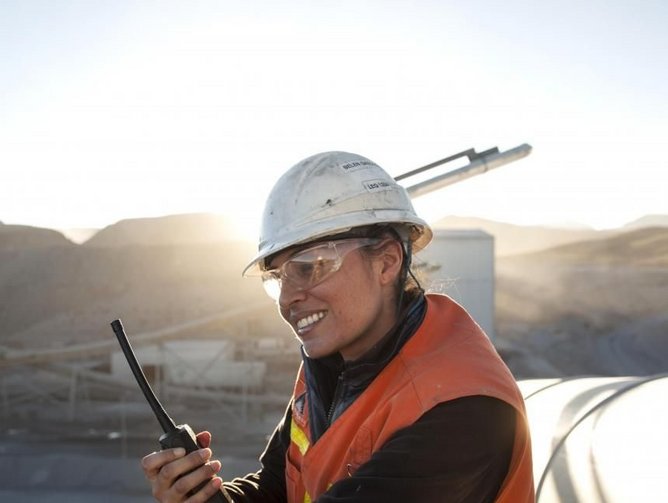 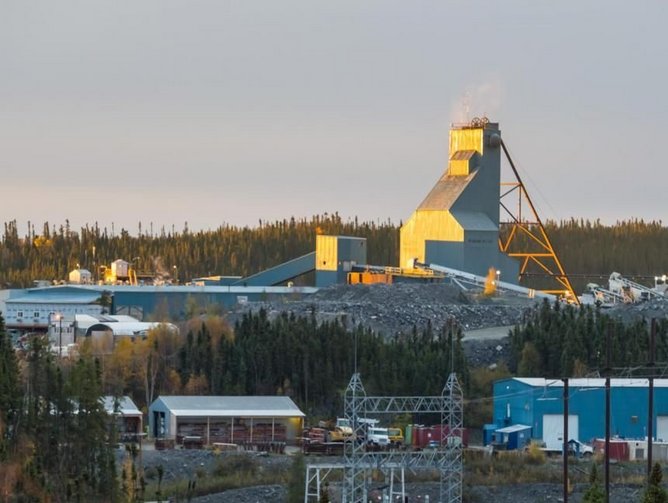 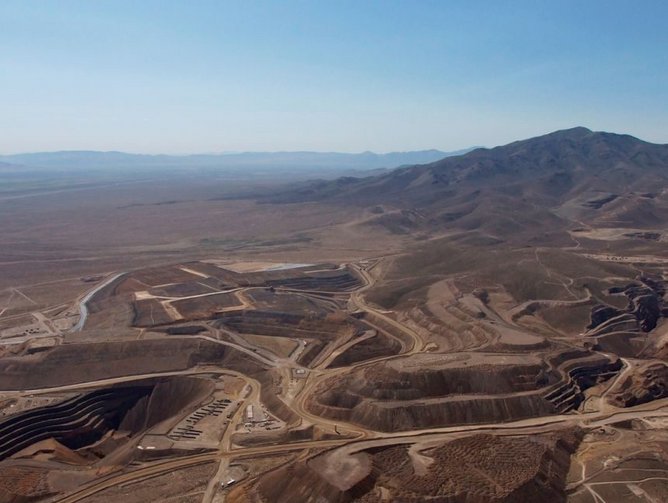