Mining is often cited as one of the last remaining industries to be disrupted by technology, but that is changing quickly. From driverless trucks to robotic drills, digitisation is quickly bringing a new measure of safety to mines. It’s also boosting the efficiency of how we obtain the precious minerals needed to make everything from modern cars to devices. In the coming years, mining automation is primed for explosive growth, and it seems that one Nordic country is set to be at the epicentre of it all.

Sweden may be a small mining nation but when it comes to mining technology, it’s considered to be in a league of its own. Looking to collaborate and foster innovation in the mining sector, six Swedish mining technology firms have joined forces with Business Sweden to create the Swedish Mining Automation Group (SMAG). Formed just one year ago, SMAG is a collaborative ecosystem that plans to revolutionise mining, creating a more sustainable industry by innovating holistic solutions together with mining companies.

Jointly owned by the Government of Sweden and representatives from the Swedish business community, Business Sweden works across an array of different industries but mining has proven to be a key area for optimism. One such person who helped to steer this new focus is Business Sweden’s Project Manager and Mining Industry Advisor Christian Orrego Silvander. He believes that this collaboration between Swedish automation groups and other global miners is a win-win partnership.

“Our mission is to help Swedish companies grow internationally, as well as to attract foreign investments to Sweden,” Silvander explains. “Sweden has a long history of providing solutions to the mining industry and it’s quite famous for having some of the leading original equipment manufacturers (OEMs) in mines. Today more than 50% of the technology used in underground mines comes from Sweden.”

Ericsson, Eprioc, SKF, Mobilaris, Sentian Technologies and Scania Mining: the founding members of SMAG make for impressive reading, and in conjunction with Business Sweden, they plan to bring the latest industry know-how and technologies to mining regions across the globe. One such country where SMAG is leaving a lasting impression in is Canada. A force to be reckoned with on the mining stage, Canada is a country that is renowned for its mining heritage. Last year, the industry contributed CAN$72bn (US$54.8bn) to its GDP, according to Natural Resources Canada. As such, Business Sweden and SMAG decided to zero in on Canada as a key regional focus.

“The reason we revived this focus on mining was due to the positive outlook on mineral prices as well as the environment here in Canada,” summarises Silvander. “The mining industry is also focusing greatly on creating a more sustainable and innovative future through industrial collaboration and this resonates quite well in Sweden. Even though we’re quite a small mining nation – we only have 15 active metals mines – we have a long history of innovating through collaboration. That aligns well with the vision of the Canadian mining industry too, which is hoping to become more sustainable and innovative.”

There’s a lot Canada can learn from Sweden, observes Silvander, citing Swedish mining operators Boliden and LKAB as “amongst some of the most progressive in the world”. Both of these companies have been early adopters of digital and automation technology but interestingly, Silvander points out that this isn’t about technology for technology’s sake it’s, first and foremost about safety, productivity and efficiency. “For example, Boliden said that they don’t have a strategy for digitising or automating their mines, but rather they have a strategy to improve safety and increase productivity,” Silvander explains. “For them, the best way to do that was to use digital technology.” Looking at connectivity, precision technology, stabilising processes and eliminating waste as well as implementing new mining methods, these mines have proven to be gleaming examples of the benefits of mining automation and this technological prowess hasn’t gone unnoticed worldwide.

“Recently, there’s been a lot of examples of different demonstration projects that have been done mainly in Sweden and Europe quite recently,” continues Silvander. “All of them have
a goal to create safe and efficient mines by implementing automation technology. But this shouldn’t only be on Swedish soil. This should be something that is implemented internationally. For Sweden, with a population less than 10 million that’s dependent on international collaboration, I see this as a very good opportunity for us to be the one who’s leading the development but together with other leading mining nations.”

Cross-country collaboration is at the core of SMAG’s mission and ethos. But how has the organisation managed to bridge both a geographic and cultural divide? “When we started this initiative, we tried to connect with key mining organisations, the ones that are driving innovation within the industry. We started working with these regional and national companies. We found out their needs, how they operate, and how we can collaborate with them because we all more or less have the same ambition of transforming the industry to make it more sustainable.” By analysing the individual needs of mining operators and disseminating the ‘Swedish mining model’, SMAG has the ambition to help Canadian miners navigate their long-term roadmaps to digitise and automate their mines but, perhaps more importantly, they are also lowering the barriers between suppliers and mining companies to foster cooperation and future innovation.

“With SMAG, we’re trying to foster a co-development culture and lower the variant between vendors and mining `that can really be learned from Sweden,” observes Silvander. “The Canadian Mining industry has created solid roadmaps for innovation but there is a need to convert them to actions. Most of the industry also have innovation managers so they’re very keen to transform the industry. But I think by allocation more resources to trying innovative solution in the mine rather than establishing new roadmaps for them, will accelerate the transformation. That is really what I see as the missing link to this puzzle. I think they are going in the right direction and SMAG could definitely help with this challenge.”

How to meet the demands of Industry 4.0 is one of the most pressing questions for mining operators today. By working with a rich ecosystem of holistic solutions rather than single products, SMAG believes it provides a unique solution. “This way of working together with a group, as opposed to one vendor is a very new concept, especially in the mining industry,” asserts Silvander. “There’s also a mix of different companies. Take, Ericsson: they’re a telecommunication company that offers mine connectivity and today, they’re deploying 5G technology which could be an innovative way forward for mines in Canada. We also have one of the most prominent OEMs, Epiroc, who when it comes to the automation of equipment or meeting KPIs in underground mines, they are one of the firms leading the way.”

Other members of the ecosystem include Mobilaris, which provides critical decision support for production efficiency and safety. “They’re very prominent in the mining intelligence area and are developing tools for positioning and enabling real-time short-interval control,” highlights Silvander. Sentian Technologies has also played a key role in this ecosystem, standing as a company with a long background in AI. Additionally, Scania Mining, which Silvander says “provides fleet management and mine site optimisation by applying lean manufacturing principles” has gotten onboard alongside SKF, which has “been in Canada for over 100 years and are experts in rotating machinery, reliability and offer advanced data analytics and predictive maintenance. Looking forward, Silvander is keen to include more suppliers in this ecosystem and is eyeing up further opportunities in mining hubs like Australia and Chile. “We have an ambition to go global,” he says brightly. 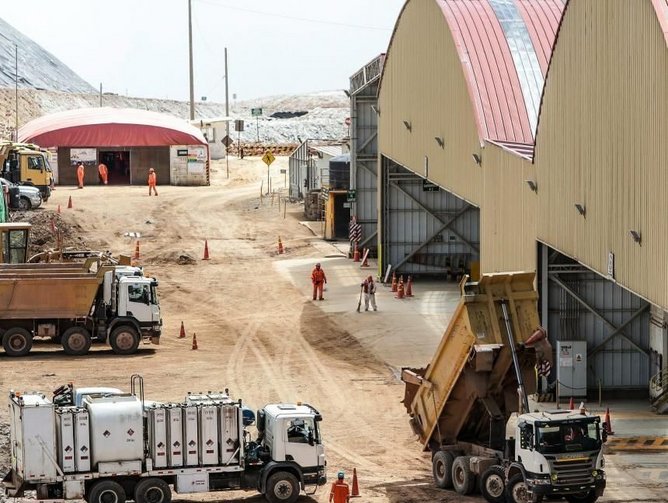 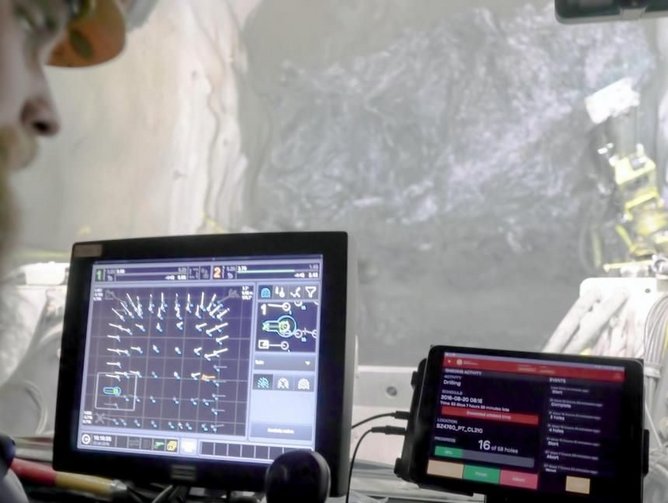 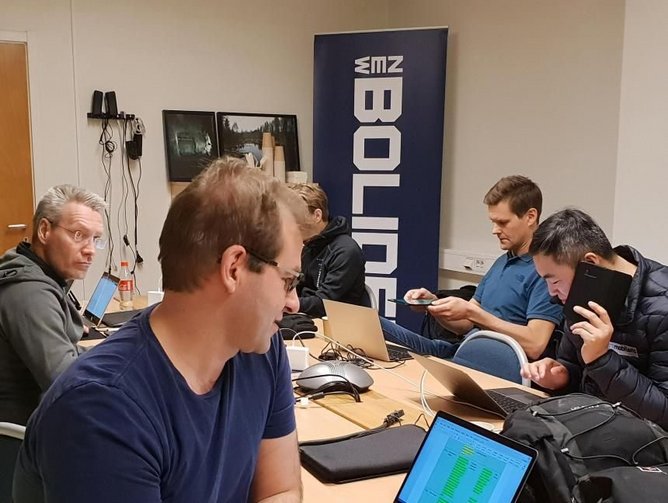 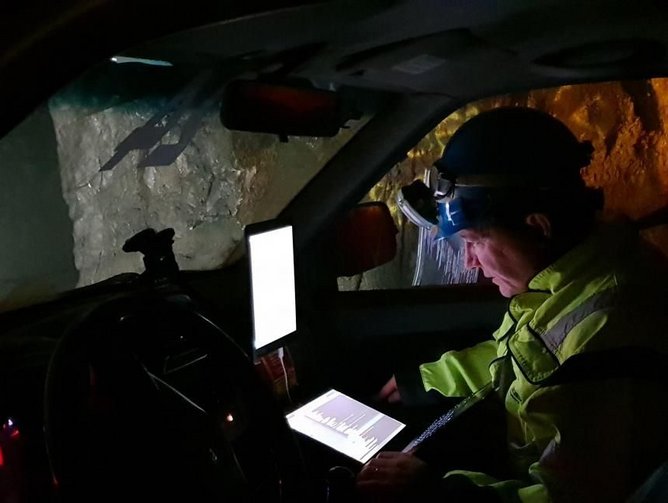 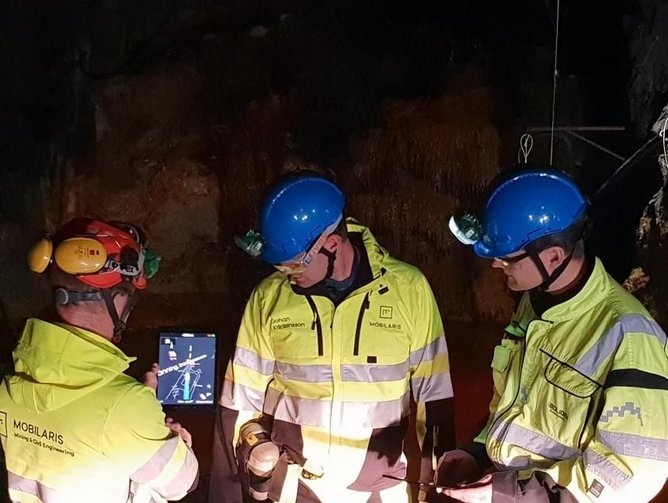