How Texas Trust Credit Union delivered a total IT transformation

From the moment he became CIO of Texas Trust Credit Union (TXTCU) just over three years ago, Ron Dinwiddie had his work cut out. Faced with legacy systems, ageing equipment and under-qualified staff, he was tasked with not only putting out fires, but also rolling out a completely new approach to IT across the entire company. Nearing the end of its transformation, TXTCU is reaping the benefits that come with a next generation IT landscape while ensuring that this translates to increased opportunities for its members. Business Review USA speaks to Dinwiddie to get a closer look at how a company-wide IT transformation was delivered, and how this has set up the company for growth.

“Our CEO had been here for two years at the time,” says Dinwiddie, recalling when he first took on the role, “He took over from a CEO that was just dedicated to increasing net worth – if a computer turned on, then it was good enough to keep. There was pretty much no investment in technology.”

“When I talk about building IT infrastructure, it was everything - we had to rebuild the internal network and we went to a completely virtual environment. When I arrived, there were 45 servers spread across many locations – every branch had its own server.”

Texas Trust’s footprint covers a considerable portion of the Dallas/Fort Worth metroplex – it offers full coverage in Dallas, Tarrant and Henderson counties and the majority of Ellis and Johnson counties. Personal banking members can select from a range of services, including online banking, IRAs, loans, credit and investment services. Businesses can also take advantage of the company’s diverse offering and benefit from checking, loans, merchant services and a range of online capabilities. A modern IT infrastructure has played a vital role in ensuring that the differing needs of its members are met to the highest possible standard.

TXTCU recognized that there were problems, but it took the breadth of Dinwiddie’s experience developed through years of experience in the industry to identify them and get things back on track. He says: “It took 30 minutes to watch a five minute video on the Internet. Sometimes files would not open. If you went to a website, it would just spin and you would have to close the browser and reopen it. They knew they had a lot of problems but not exactly what they were.”

The pace of change quickly gathered momentum but, again, it was his fresh insight that set the wheels in motion: “The credit union had hired a network person, but his solution to the network issue was to increase bandwidth. It wasn’t a bandwidth issue from what they described during my interview,” Dinwiddie adds.

“I discovered that computers and servers were old but the underlying issue was the infrastructure – the network. We quickly identified that the people who set up the network – who knows when – years before, set it up as if it were a home network.”

“That was not an easy project,” Dinwiddie explains. “It’s like changing all the tires on an 18 wheeler going at 100 miles an hour – it can’t stop and it can’t slow down. And you have to change them one at a time!”

The power of people

In order to fully realize his vision to modernize the business, Dinwiddie needed to source the right talent, both in terms of internal employees and external partners working with Texas Trust. Those working in the IT department had to be up to speed with the latest technology and processes: “They were putting band aids across the organization when we needed fixes,” he explains. He completely rethought job descriptions across the organization – he created, re-wrote and, in some instances, eliminated roles in line with skill requirements.

“We now have what I consider to be a great staff,” Dinwiddie adds. “People have the width of professional skillsets they need. We can send them to training and the CEO understands it is what we need technology wise. When we are going to be changing or adding new technology I will find professional training for them.”

Ron's task has been an ongoing challenge and his passion for getting technology at TXTCU to a stage where it can support the company's growth, rather than hinder it as it had previously, has played a hugely important role in the development of the organization. This involves a changing of mindset, being forward thinking and getting the entire team to understand their position regarding the end user and a service based mentality from the technology side of the business.

As part of a carefully thought-out strategy, Ron not only worked with his team inside TXTCU, but also some key external partners who were able to take on some of the functions previously handled by the IT department, freeing up his full-time employees to work on more mission critical aspects of the business. Ron’s experience and instinct on when and how to outsource has been a fundamental part of such a successful transformation.

Partnerships with a number of key players have played a major role in the transformation – moving over to Juniper for Ethernet switches is a key example of this: “They all have a common operating system so we didn’t have to learn an OS for different models, configuring them was easy. The switches themselves even saved me some money,” he adds.

Once the decision was made to use Juniper, the Trust engaged a local provider, M&S Technologies, to request some senior network engineering assistance to help with the implementation and configuration. Dinwiddie explains: “We were changing our entire IP scheme as well as upgrading the switches, M&S provided two excellent engineers that were indispensable in getting this project completed in a timely and proper manner.”

TXTCU also needed to adopt next generation firewalls - Dinwiddie had encountered Solutionary (now NTT Security) in several previous professional circumstances and knew they could be relied on to provide responsive, 24/7 firewall provision and monitoring that would enable threats to be logged and identified instantaneously. “I have a lot of trust in them. They’ve done an excellent job,” he says.

By partnering with Adapt, the company replaced a common phone system and what was essentially pens, paper and log books for trying to account for member support through the Call Center with a modular unified communications system (UCS). “We can now look at how many calls an individual received, the length, what it was about - if someone gets an abusive caller, the employee can raise an electronic flag so a manager can get on and monitor,” Dinwiddie says. “It has enhanced the communications throughout the organization.”

Dahill Office Technologies has helped Texas Union completely overhaul its printing functionalities – after Dahill either replaced or updated printers and copiers, it was then able to provide ongoing service support – an aspect of the relationship that has brought numerous benefits according to Dinwiddie. “Instead of one guy taking care of 15 locations and 200 devices, I now have a company I can call that will send a service technician out to the location requiring support.”

In just three years, Dinwiddie and his team have transformed the IT department at TXTCU from a brake on growth to a fit-for-purpose operation that enables daily operations to run seamlessly while giving the company room to grow. “We intend to be a billion dollar company by the end of the year,” Dinwiddie says. “We continue to look at expanding. We can expand quicker with the new technology and be more flexible – we can adjust to new technology much faster than in the past. We are prepared to move forward and everyone’s happy.” 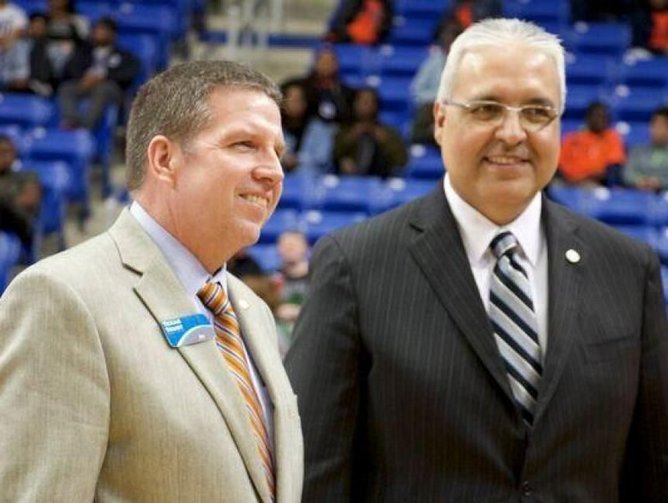 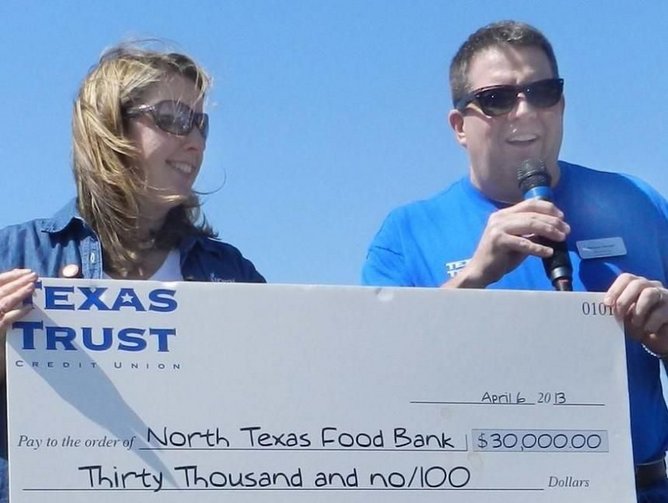 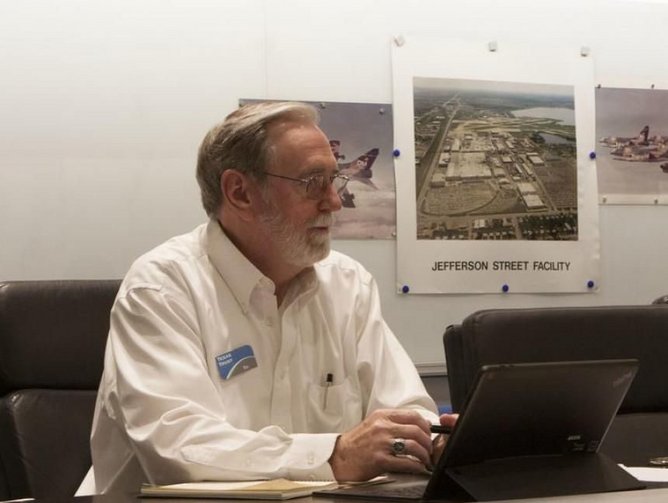 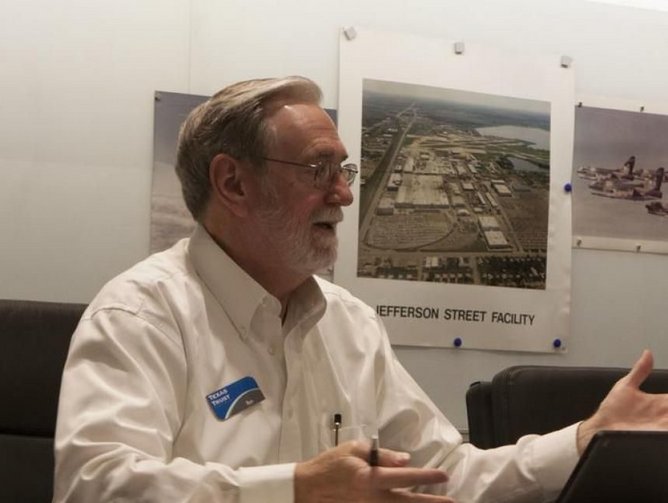 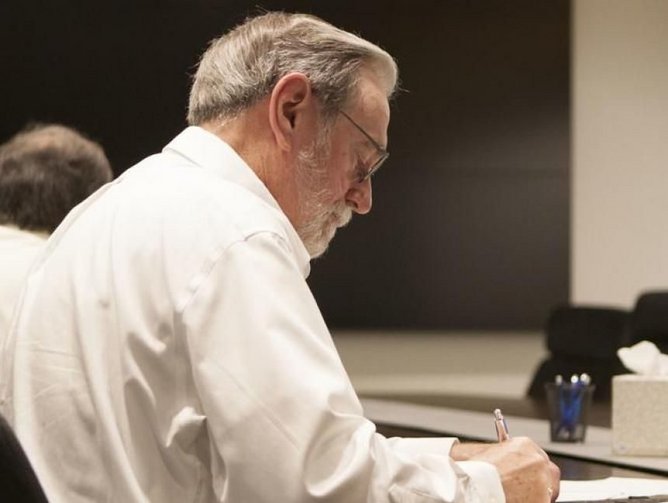 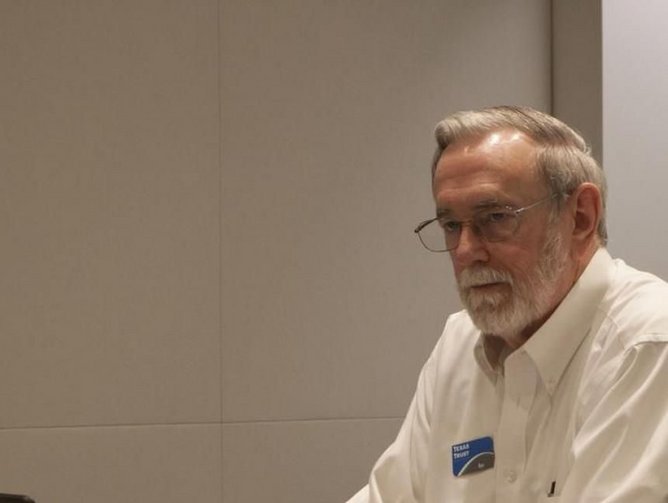