How Walsh Construction Helped Restore the Oldest Roadway in Wisconsin

Walsh Construction’s strong management team and dedication to safety has guided this Chicago, Illinois company to success since 1898. The company—with experience in a wide variety of building, civil and transportation sector jobs—has two current projects within the Zoo Interchange Program, the oldest and currently the busiest interchange in the state of Wisconsin.

The reconstruction of the interchange, which forms the junction of I-94, I-894 and US 45, will take place over five years, with between $1.6 and $1.8 billion invested in the program. Walsh has won two contracts for projects: 76th Street Bridge valued at $31 million, the other I-94 UPRR/STH 100 at $73 million.

The 76th Street Bridge Project was substantially complete on Nov 7, 2014 and the I-94 UPRR/STH 100 Project completed Dec 19th, 2014. The scope of work was very diverse, including nearly 6 million pounds of structural steel, 2.5 million pounds of steel reinforcement bar, 11,000 cubic yards of structural concrete, 200,000 cubic yards of earthwork, as well as 65 fully cased drilled shafts—eight of which were pier shafts for the railroad. The company was one of only three contractors that were pre-qualified to perform this work for the State of Wisconsin on the Zoo Interchange Project.

“The drilled shafts required a considerable amount of testing,” said Phil Griffith, project manager. “We had to provide test shafts to the owner for both of diameters to prove means and methods. The acceptance of the test shafts as well production shafts included CSL testing, or crosshole sonic logging, TIP testing which consists of a thermal integrity profile of the shaft and base grouting was required for the pier shafts. All this under the very strict requirements of the railroad and the State DOT.”

This project also included the installation of nearly a mile of 96” inch storm sewer along the right-of-way for I-94.  The plans actually called for the storm sewer to be 90 inch, however we approached the state to increase the size of the pipe to a standard pipe size of 90 inch, thereby increasing production speed and decreasing costs.

The project on Highway 100 was a complete demolition and reconstruction effort. The four-span bridge was reconstructed as a five-span bridge. The south end of the bridge was moved back approximately 100 feet. Several different retaining walls were utilized throughout construction and in the finished product, including drilled secant pile, MSE, temporary wire walls, soldier pile and lagging with cast-in-place facing, steel sheeting, temporary soldier pile and lagging (both cantilevered and with tie-backs), gabion walls .

Although Walsh is a general construction company that does the majority of its own work, Walsh subcontracted much of the structural work to Zenith Tech, Inc. and the earthwork to C.W. Purpero with the idea of  partnering with strong local Contractors on this fast paced and challenging construction project

“We looked around, talked to several different companies: companies that we went with provided competitive pricing and we recognized that they had a strong local workforce in the Milwaukee area,” said Griffith. “They had familiarity with the work and the DOT and had management, crews and equipment ready to go, which was important on a Project this size and schedule. We thought that they would help on a project of this size and time frame. Overall it was a good relationship, we were satisfied with the quality of work they did, we had no issues with their safety culture and they were able to maintain the aggressive schedule.

Severe weather, specifically during the winter of 2013 into 2014, created a big challenge for the Project.

“[The bad weather] actually delayed the starting of the steel fabrication, the steel was ordered in October and November,” shared Griffith. “The job was bid in late September and the heavy snow in northwest Indiana and throughout the region combined with the bitter cold delayed in making it to the fabricator shop. The steel was actually sitting on railroad cars for six to eight weeks in some instances unable to be unloaded or delivered because of high snowfall amounts and cold weather.”

The Importance of Safety

Safety on any project this size is paramount, and Walsh Construction understood this from the get-go. Prior to starting each activity the Project team completes a Work Plan which includes aspects of scope of work, materials, tools, equipment, safety and quality. In addition, daily meetings to discuss the work for the day allowed the project team to cover the safety requirements.

Once a week, members of the entire Walsh project team meet (management and field personnel) on the jobsite to discuss the safety topic of the week as well as the quality focus and any upcoming major activities. A separate event, Safety Week, allowed everyone at Walsh as well as subcontractors to participate in training, relevant safety discussions and to win safety awards.

Walsh’s completion of these two projects showcases the company’s capabilities for future projects, and the company isn’t planning on slowing down anytime soon.

“We're going to continue to pursue Projects in Wisconsin, we believe it to be a strong construction market with many opportunities, in fact there are several future projects that are currently on our radar” Griffith concluded. 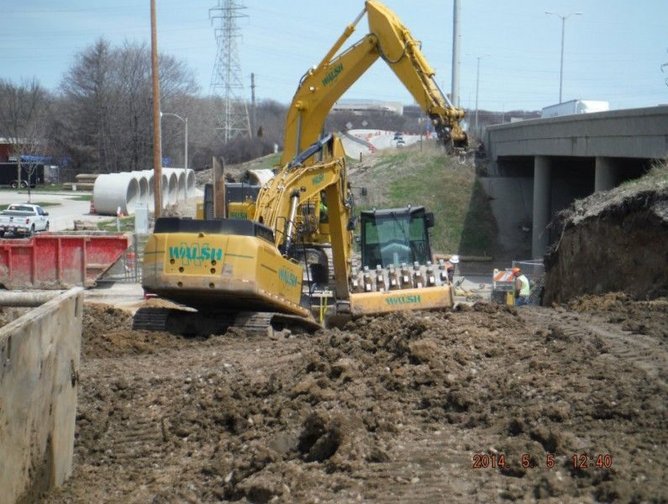 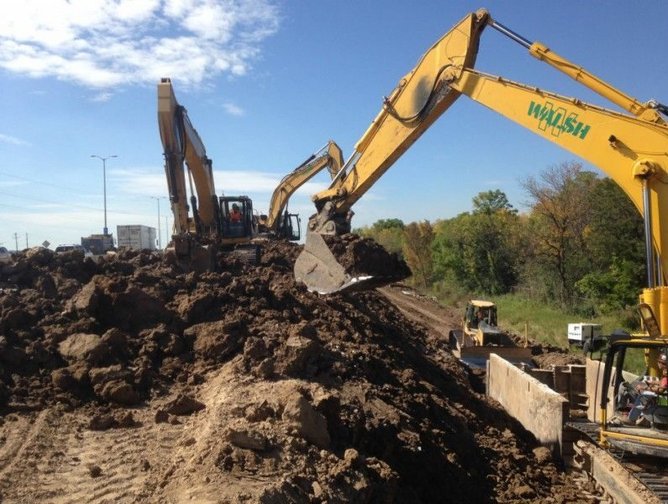 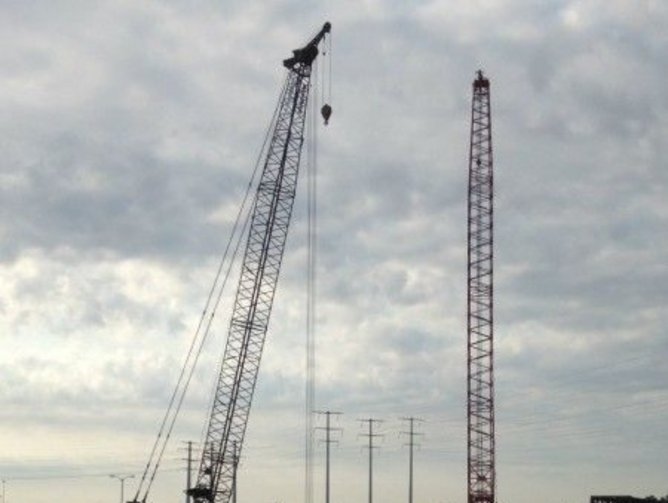 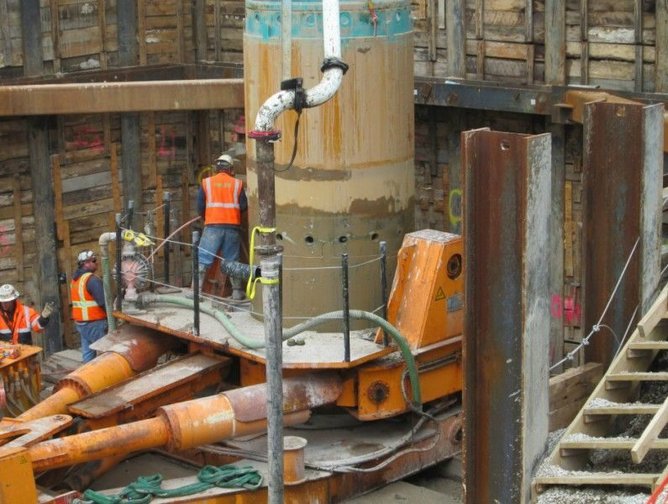 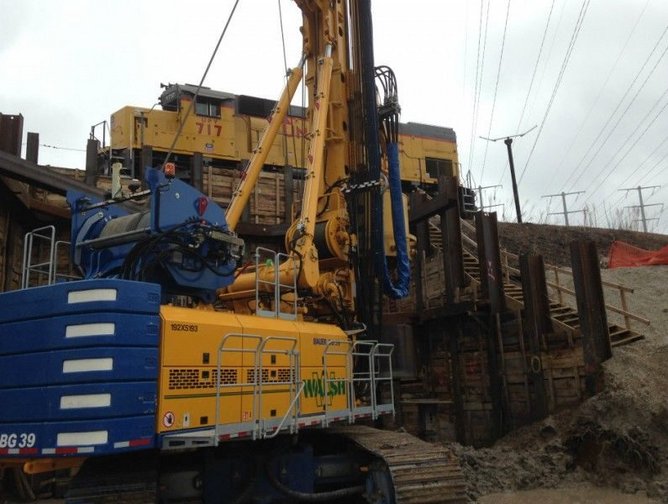 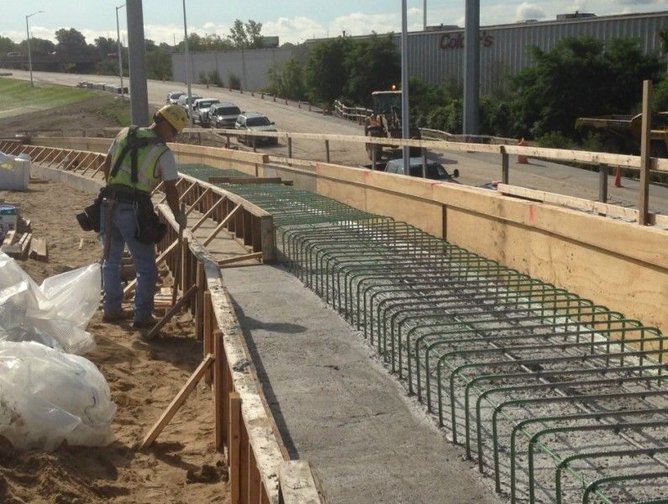 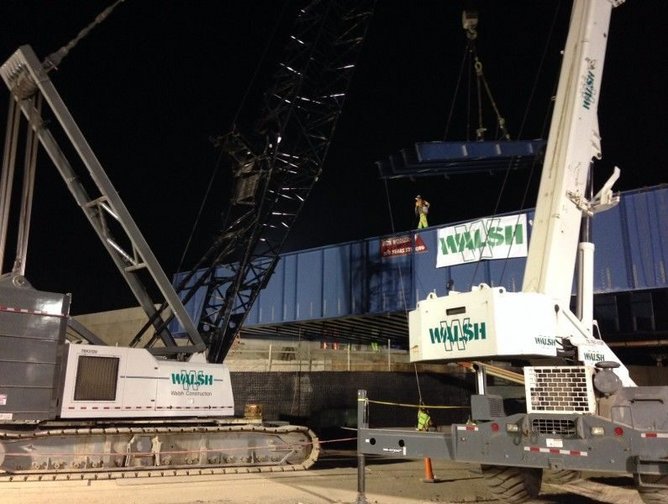