When it comes to power sources, Texas is well known as a land of oil and natural gas. But with a fluctuating market and complex consumer demands, diversification is more important now than ever before. To add range to Texas’s energy supply, the state brought in the expertise of Archer Western Construction, one of the biggest and most experienced hydro plant builders in the United States. Through a partnership with the Trinity River Authority and East Texas Electric Cooperative, Archer Western’s $100 million 24-megawatt (mW) Lake Livingston Hydro Plant project is on track toward providing east Texan homes with a greener source of power.

The perfect place to build

Hydro plants are a relatively uncommon sight in Texas. But when the perfect location presented itself, the partners behind the Lake Livingston Hydro Plant project seized the opportunity to bring the state more green energy. That location is Lake Livingston, an eastern Texas reservoir along the Trinity River that provides around 71 percent of Houston’s water supply.

“The Trinity River runs right through the middle of Lake Livingston, and for every gallon of water that comes into the lake, they have to let a gallon out to go down to Houston,” says Andy Pettit, assistant project manager for Archer Western’s Livingston Hydro Plant project. As Pettit explains, this project will route water through the hydro plant instead of directly through the dam, taking advantage of the flowing water as a source of power generation.

“There’s always going to be energy being made,” he says. “If it’s low flows, there might just be one gate at the hydro plant open and the dam closed off; with high flows, all three gates at the hydro plant might be opened with some gates of the dam as well. But because this is Houston’s main source of water, it’s never going to stop.”

In a state like Texas where water resources are limited, a hydroelectric plant must be built for maximum effectiveness and efficiency. This means bringing in the best in the hydroelectric plant construction business to ensure that the project is up to the highest standards. To achieve this, the East Texas Electric Cooperative and the Trinity River Authority turned to the expertise and experience of Archer Western.

“We’re one of the biggest hydro plant builders in the country,” says Pettit. “As a company as a whole, we have built hydro projects all over the country.”

While Archer Western’s Texas division has substantial experience in plant work, from concrete to mechanical work, the Lake Livingston Hydro plant project marks its first hydroelectric plant project. But the division is not navigating uncharted waters alone—it is able to draw from the extensive knowledge of its divisions nationwide.

“Here in Texas we stay in close contact with people working on the other hydro plants. There’s one in Kentucky right now, and one in Pennsylvania as well,” says Pettit. “We have them come down about once a year and we sit down for meetings to go over what they’ve learned from building their own hydro plants.” By pooling this information, Archer Western is able to bring clients the best and most cutting edge facilities in every frontier.

The biggest benefit of the knowledge network that Archer Western brings to the Lake Livingston Hydro Plant project is the ability to find new innovations for the hydro plant model. This has led to a project with unique features that combine added strength and efficiency. One key innovative feature in the Lake Livingston Hydro Plant project is its penstocks connecting the intake structure to the powerhouse.

“Typically they will be steel pipe with a lining on the inside. Originally we had 14 foot diameter steel pipes running 2,000 feet from the intake to the powerhouse,” says Pettit. “Through value engineering, that ended up being changed to reinforced concrete penstocks, a big 3-barreled box culvert. It’s my understanding that these are the first concrete penstocks ever.”

Changes to infrastructure are not done without good reason, and the concrete penstocks introduced with the Lake Livingston Hydro Plant project bring with them considerable benefits including significant cost savings to East Texas Electric Cooperative, given that steel pipes must be welded, coated, and placed in special bedding for protection from the elements. The structure of the concrete penstocks adds increased longevity, so that East Texas Electric Cooperative consumers will be able to enjoy the benefits of the hydro plant for decades to come.

Working together on a brighter future

With plans in design underway, there is still plenty of work left to do. Working with suppliers and subcontractors like Gracon LLC on plans to set turbines and generators in place, Archer Western is on track to complete its Lake Livingston Hydro Plant project by 2018. These partnerships are a vital part of the building process.

“We always communicate with them and value their input on everything and work together,” says Pettit of working together with partners toward a common goal. “We work together to come up with the best solution.”

The results of that teamwork and effort upon completion will be 12,000 homes in East Texas powered by hydroelectric energy. In a world where diverse energy sources are needed, it’s an important step forward for hydro power and for Texas. 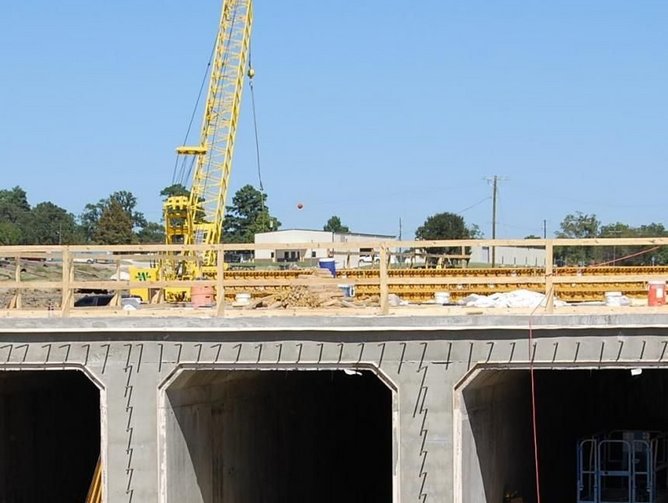 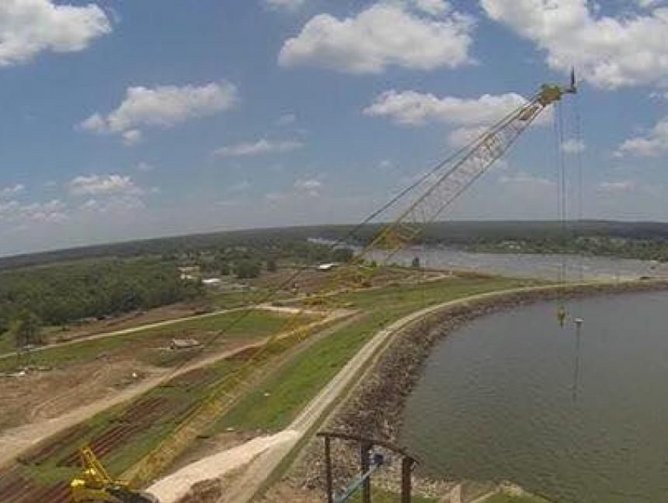 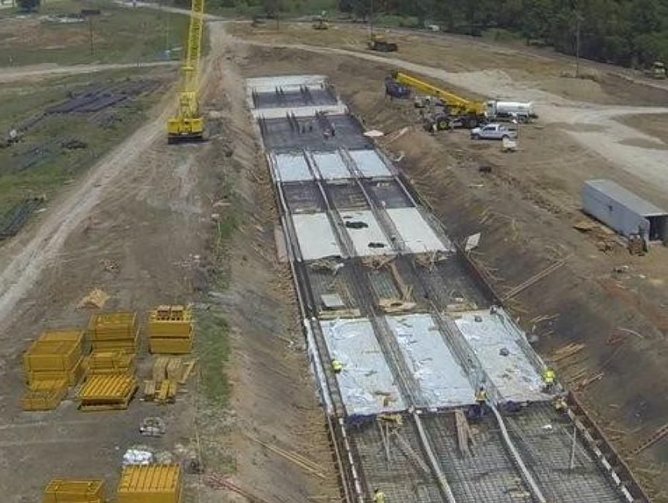 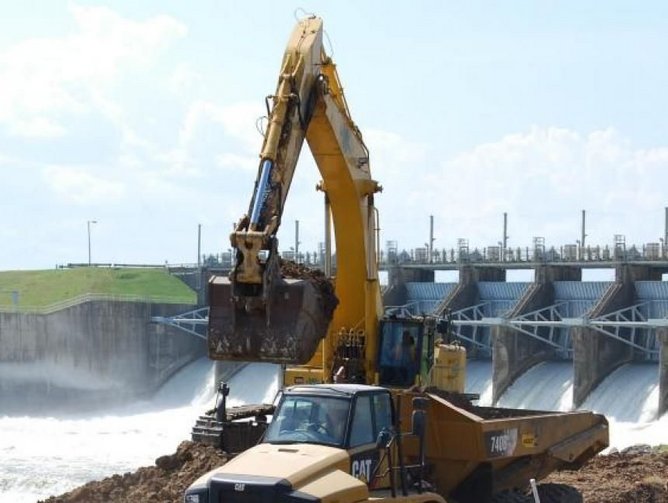 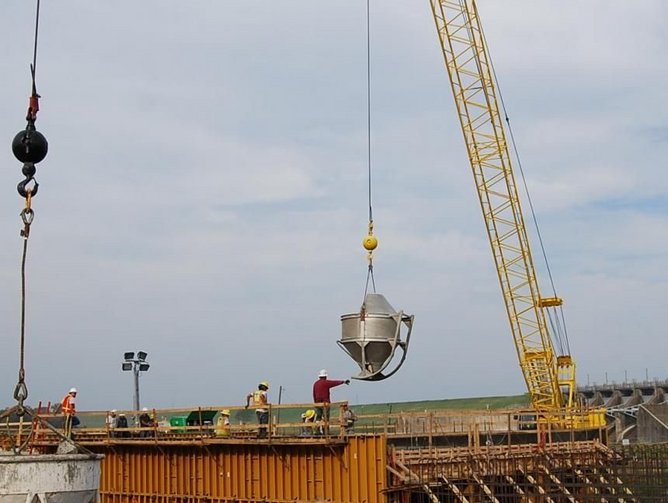 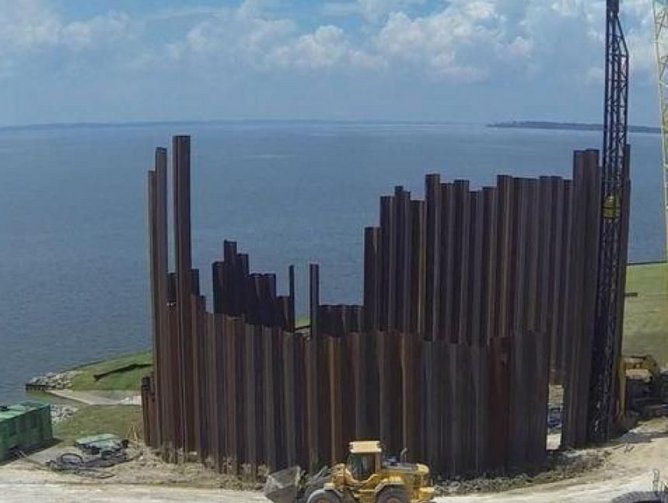 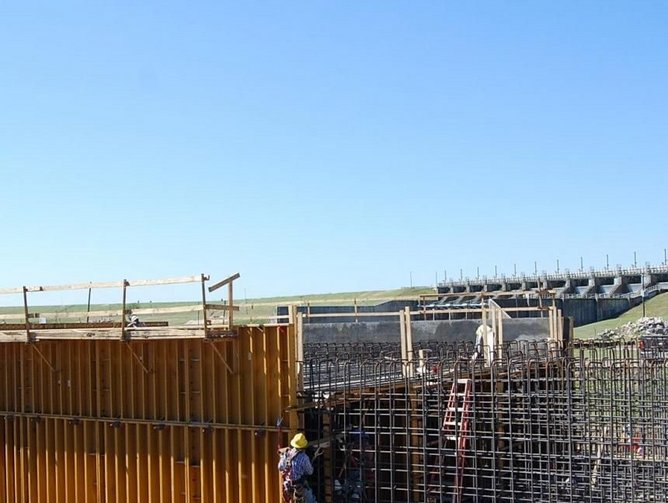