Iberdrola USA and CMP Investing in Reliability and Technology

The Iberdrola USA companies are committed to safely and reliably delivering natural gas and electricity to its customers as well as providing the public with renewable energy solutions.

The company operates under three divisions: Iberdrola USA Networks, Inc., Iberdrola Energy Holdings, and Iberdrola Renewables.  Through its operating companies in New York and Maine, Iberdrola USA Networks, Inc. delivers natural gas and electricity to nearly three million customers.  With 130 billion cubic feet of gas storage and energy services trading floors in Houston and Salt Lake City, Iberdrola Energy Holdings is one of the top independent gas storage operators and gas traders in the country. Iberdrola Renewables has more than 60 projects in 24 states and the largest renewable asset base of any company in the world. Central Maine Power

Iberdrola USA’s subsidiary in Maine, Central Maine Power (CMP) is the State’s largest electric utility, serving over 600,000 customers. CMP has a proven track record of providing reliable power to its customers. Nowhere is this dedication to customers and reliable service more evident than in the company’s Maine Power Reliability Program.
John Carroll, Director of Corporate Communications for Iberdrola USA comments on the genesis of the project and the CMP’s history:

“Central Maine Power was founded in Maine in the 1890’s, and as it grew over the years, it became the state’s largest vertically integrated electric utility.   In 2000, the State of Maine restructured the industry, creating an unregulated generation industry and regulated transmission and distribution utilities.  Central Maine Power, from that point on, was just a T&D utility. About ten years ago we began evaluating the reliability of our bulk power system, which, at that point, was already thirty-five years old. We recognized that the system had not kept pace with growth, changes in population patterns, and increasing standards for reliability. We determined that the bulk power grid was in significant need of an upgrade to make sure that CMP could continue to provide reliable power;

The demand for the Maine Power Reliability Program (MPRP)

Iberdrola USA’s $1.4 billion Maine Power Reliability Program (MPRP) is the largest energy infrastructure project in the state’s history and the first upgrade of its electricity grid in 40 years; it is also now Iberdrola USA’s largest project to date.  Iberdrola USA and CMP launched the MPRP to have a major long-term impact on Maine’s electricity delivery system, as well as provide other benefits throughout New England.

Doug Herling, Vice President of Special Projects for Central Maine Power, commented on the goal of the program stating, “the MPRP is made up of many, many projects that, on their own, would stand alone as significant projects, but they are closely linked, so we felt that needed to be managed together if we were to succeed.”

The MPRP project includes the construction of five new 345-kilovolt substations and related facilities linked by approximately 450 miles of new or rebuilt transmission lines. The southern end of the line ties into the rest of the New England grid near the New Hampshire border. It passes through 75 cities and towns and the northern end interconnects with transmission lines in the central Maine town of Orrington.

The project, which will be completed in 2015, will have employed as many as 2,500 people the five-year construction phase and contribute significantly to indirect and induced employment as a result of the spending in the Maine economy. When planning for the program, CMP hired University of Southern Maine economist Charlie Colgan to study the economic impact of such a large undertaking.

“By his estimation, using econometric models such as the REMI model, he predicted that given the level and type of spending that was associated with the project, the MPRP would create roughly 3,300 jobs in Maine during the peak of the construction.”

Carroll notes just how timely the project’s launch was: “The project began during 2010, at the time of a very deep recession, and there was a tremendous amount of unemployment in Maine. Our economy was in freefall, so it was a real economic shot in the arm for the people that worked here.”

Relying on a network of safe, reliable industry partners, the MPRR project has cultivated its relationship with its contractors. The importance of great working relationships can be seen in the success of contractors like Asplundh Tree Expert Co., who has been a partner to the CMP in Maine for numerous years and played a pivotal role in the corridor clearing aspect of the project. In addition, CMP has built lasting relationships with contractors in the state and beyond including Program Manager Burns & McDonnell, major contractors MYR, Irby, Willbros, Cianbro and many more.

As a company that prioritizes renewable energy and sustainable business practices, Iberdrola USA has a strong commitment to the environment.

Herling is proud of the program’s track record when it comes to the environment. “We had a significant environmental application for this project: 8,000 pages of data that we sent to the Department of Environmental Protection.  It was the biggest application in the state’s history, and we’re following all of the requirements of that application.  We work very closely with the contractors and hold them accountable and that has been very successful.  Thus far, we have not had any violations.”

This lack of violations is due in part to the fact that CMP has had three inspectors working for the Department of Environmental Protection at their jobsite every day of the project.  Their presence ensures that all work done is in compliance with the applicable permits and laws.

According to Herling, “It’s something that I personally am very proud of because it’s not only good for our company, it’s good for the State of Maine as well.”

Iberdrola USA and CMP remain committed to providing only the best to all of the areas they serve. With nearly 1,000 structures set each year since construction started on the project in the fall of 2010, the project is already 90 percent complete and continues to be on budget and on schedule. By the time construction is completed in 2015, nearly 5,200 structures will have been set in total.

Investments in technology also benefit consumers and the environment

Iberdrola USA’s commitment to reliability and its customers does not stop with large scale infrastructure projects. In the past few years, CMP has installed 620,000 advanced electricity meters as part of a new smart grid program being deployed in Maine. This $190 million project, covered in part by a grant from the U.S. Department of Energy (DOE), will enable CMP customers to access pricing and usage information through a web portal so they can better manage energy use and cost. It will provide the company with the best possible information on outages to help speed the company’s response. Additionally, it will mean operational efficiencies and cost reductions related to billing, account opening and closings, and credit and collections as well as instantaneous meter reading.

The advanced meters will provide customers with continuous, real-time information on electrical usage and enable suppliers to offer consumers new options for variable pricing or time-of-use rates. Studies have shown that consumers will use electricity more efficiently when they have real-time information about usage and price. The new meters will be will also help the company reduce costs, enhance system planning, and pinpoint problems more quickly during outages. 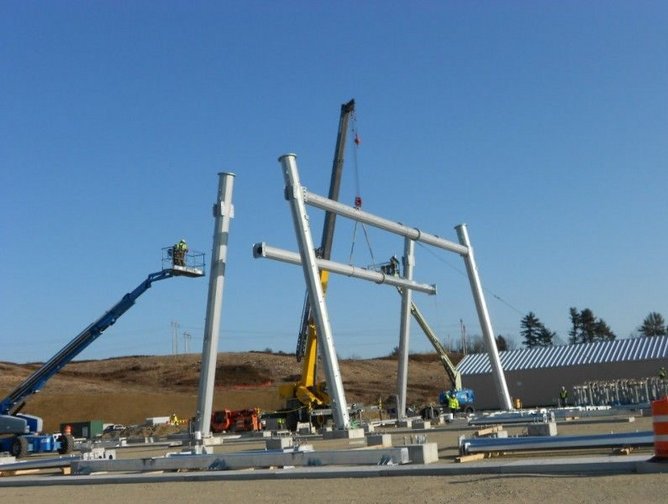 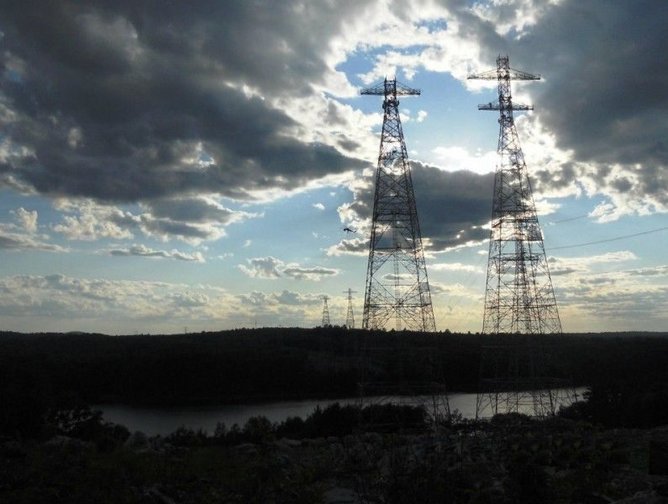 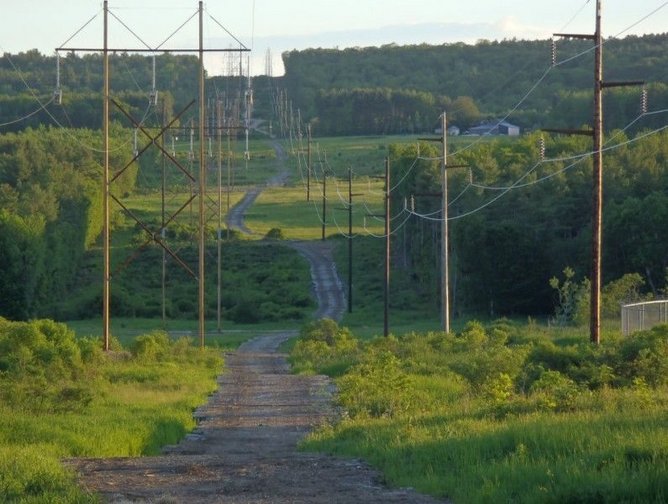 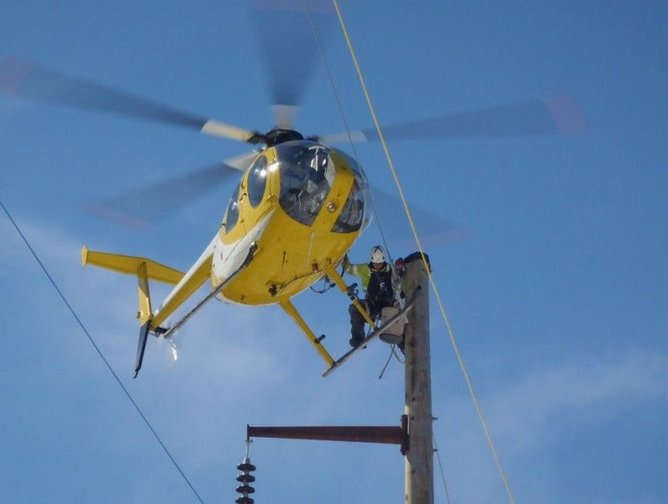 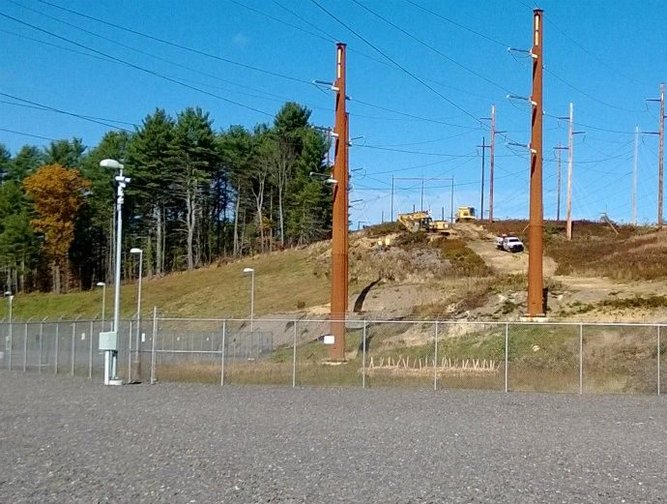