It’s rare to find a manufacturing company born in the first half of the 20th Century with the vibrant enthusiasm of a Silicon Valley startup hunting for its first investment. However, that insatiable desire to embrace the future, invest in people and product, and never stand still is alive and well at the heart of Dunlop Protective Footwear’s vision. “We’re 80 years old and we’re just getting started,” enthuses Colin Clark, Director of Marketing, USA, who joined the company in 2016. Mary Steinebrunner, the company’s Managing Director USA, and a 20 year veteran of the protective footwear industry, agrees: “The key is to evolve to where the market is going. Had we stayed still, we probably wouldn't be here today, but our ability to be nimble and train our team members to be flexible with regard to the market and technology, and to build products the market desires, has allowed us to grow with the market.”

Steinebrunner joined PVC footwear manufacturer OnGuard Industries in 2000. “Three years ago, we were acquired by Dunlop Protective Footwear and it has been the best home for this business. We were the US leader in manufacturing protective footwear for the US and Dunlop is the global leader in that market. So, the combined business truly became a global powerhouse.” The acquisition of the USA by Dunlop brought access to Dunlop’s proprietary material Purofort®, an expanded innovative product line, designed specifically for end users and markets that the USA business had never been able to access before. Allard Bijlsma Dunlop CEO “the USA business had an extremely strong manufacturing heritage, and a robust distribution network in the food processing and industry segments built out. We knew we could expand the core business with our investment in the Made in USA  Purofort® FoodPro and reach new consumers in new markets with our best in class Purofort Product range.”

Clark adds that “I joined right after Dunlop purchased OnGuard. I was really excited about that place in time, because we got to bring the powerful Dunlop brand to the USA, as well as relaunch our product line and go-to-market strategy. It was, and has been, a really exciting entrepreneurial time.”

Dunlop Protective Footwear is a global manufacturer of work boots serving multiple markets and verticals around the globe. The company’s head offices are located in Raalte, The Netherlands, and its second production plant is based in Leiria, Portugal. At the company’s US headquarters in Havre De Grace, Maryland, Dunlop is experiencing a period of significant, transformative growth. “We’re growing in the double digits every year and continually evolving in every facet of the business,” says Clark who, along with Steinebrunner, sat down to discuss a transformation that is both internal and external. Powered by the company’s global expertise, proficiency and dedication to innovation,  and proprietary technology, Dunlop is creating products that are second to none. Behind the scenes, the company is embarking on a digital transformation to reshape its manufacturing process to remain ahead of the curve, and tackling change management head on, every step of the way.

As manufacturers of protective footwear for almost every conceivable industry, Dunlop’s product touches workers in a wide array of industries across more than 50 countries. “You don't generally look at a PVC or polyurethane boot as a market driver, but it truly is because we provide the makers and the doers of the world with innovative products to tackle the issues they face each day,” explains Steinebrunner. “The people that make our oil, our power, our food - we reach every one of them. So, in turn, we're affecting every segment of those industries.” The acquisition of OnGuard by Dunlop infused new energy into the company with the investment of the Purofort® manufacturing process into the USA plant. This factory inside of the factory creates Dunlop’s proprietary, lightweight, thermally insulating material called Purofort. Developed in 1980, Purofort allows Dunlop to twin safety with comfort, in industries where the choice of one often means sacrificing the other. “With Purofort technology, we can now build a boot that is lighter, wears better and fits better,” says Steinebrunner. “So, in an industry where people traditionally don't want to wear protective footwear, because it's heavy, hot and uncomfortable, we can build something that workers actually want to wear.”

The addition of a Purofort manufacturing machine to the Maryland plant “allowed us to have a good, better, best assortment of products, and expand our reach,” says Clark. “Now, we have products for segments we'd never reached before: Agriculture & Fishery, Food processing, Industry and the Oil, Gas & Mining sector.” Purofort innovations have allowed Dunlop to continue to grow into verticals that the company has served for decades. “We’ve traditionally been a market leader in food processing,” says Clark. “By introducing our Purofort FoodPro boot to that space, we’ve seen our numbers almost double every single year in our most saturated market.” Growth across old and new markets has been so pronounced that Dunlop is adding a second Purofort machine at its Maryland facility, with space for a third, in order to support further growth and expansion into Canada and Mexico. “We want to have a full North American reach for product and manufacturing to better serve our customers,” says Steinebrunner.

At the heart of Dunlop’s mission to create superior products is its commitment to an in-house manufacturing supply chain based close to the markets that they serve “We make everything in house, all the way down to our PVC pellets,” says Clark. “A recent example of that are our ‘made in the USA’ Chesapeake Boot, which is our entry level, PVC, black boot for general use. Other manufacturers import their version of this product from China, Mexico, etc; we were able to keep manufacturing here in the US, while making an innovative, lighter boot that we developed alongside our global innovation team, tested and put through its paces in our world class Portugal plant.” Steinebrunner recalls that “we made the Chesapeake more protective, better looking and as efficient as possible to produce. The finished product is phenomenal and a credit to the collaborative efforts of a global team that believes in creating products worthy of the flying Dunlop D.”

Dunlop’s human expertise and drive to succeed is being further enabled by a cultural, methodological and technological shift behind the scenes. Flexibility and enhanced process transparency, as a result of the company embracing new technologies, are helping to propel Dunlop into its next stage of development. “We've gone from being very anecdotal to being analytical,” Steinebrunner explains. The company is harnessing the power of digitalization, both externally to reinvent its customer and supplier interactions, and internally. Measuring efficiency, building preventative maintenance into the business strategy, and using technology to enable the company’s human resources are, according to Steinebrunner, key to Dunlop’s transformation. “In the last two years, we've come so far,” she says.

Dunlop is managing the change in its organization by not only digitizing its processes, but taking the data gathered from those processes and democratizing it in order to empower its employees. “Our new ERP system helps from a sales projection planning standpoint to an MRP planning standpoint to what pellets we're making in what machines,” lists Clark. “We've really advanced, from analog, pen and paper, hallway conversations to having this ERP systems help give us the tools to help fuel our growth.” Steinebrunner notes that “It makes the data more accessible and visible. We have regular meetings so that we can take staff input and use it to drive efficiency. We’re merging our human capital along with all the technology and all the innovative capital that we are putting into the business.” Both Steinebrunner and Clark are thrilled at the employee response to Dunlop’s transformation. “We have employees whose mothers, uncles, grandmothers have all worked here. For them to be enthusiastic about where this business is going, it's amazing. To see a 30 year employee come in and say, ‘hey this what we need to do next.`It's just intoxicating,” says Steinebrunner.

Looking to the future, Dunlop is looking to expand its business model, shifting to a more omnichannel approach to customer service and digitizing more heavily. The next step on its journey that is most exciting to Steinebrunner and Clark, however, is the company’s entrance into the retail footwear market. Scheduled for launch later in 2019, the Dunlop SnugBoot “is the most comfortable boot I have ever worn,” confirms Clark. Dunlop’s future, both internally and externally, is set to be an exciting one. Steinebrunner concludes: “We’re always looking to 2022 and beyond. In the US, we’ll double our business’ size by entering new channels, by leveraging talent and an omnichannel approach, and by reaching new markets and customers with new products and technology.” 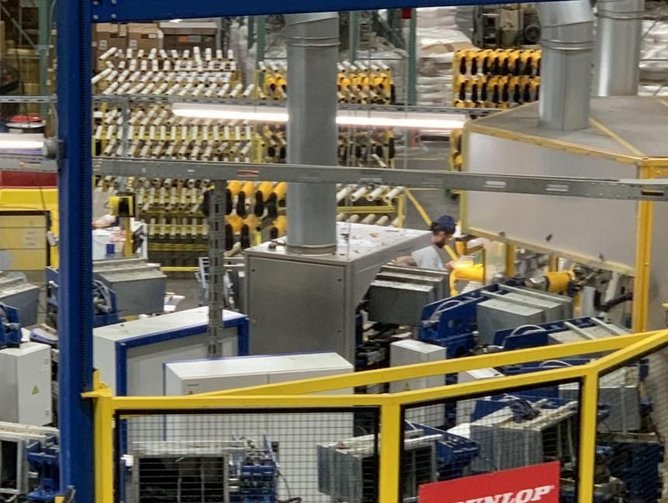 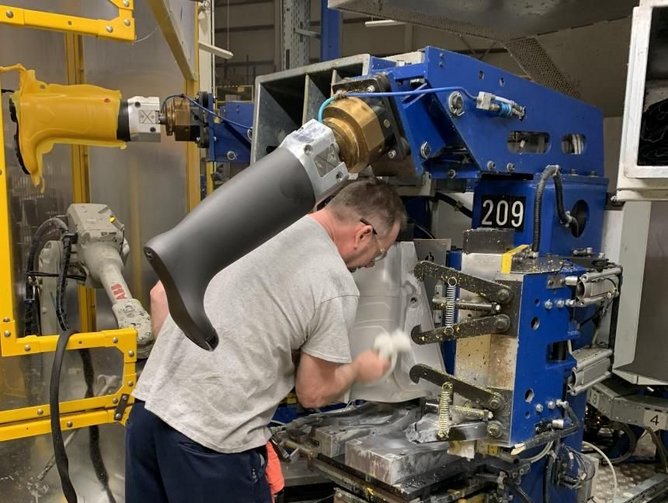 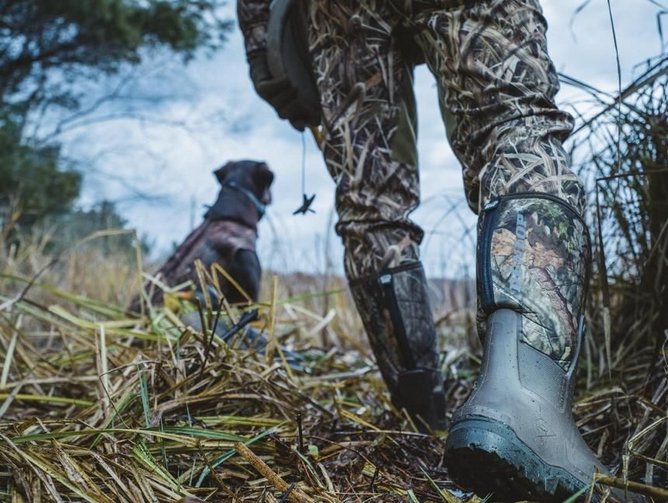 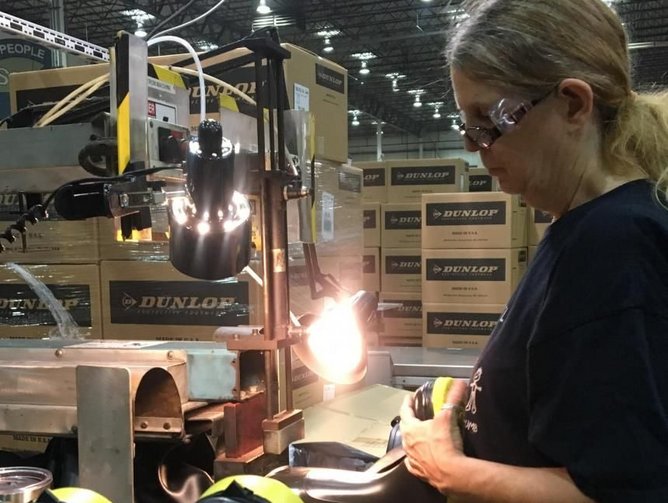 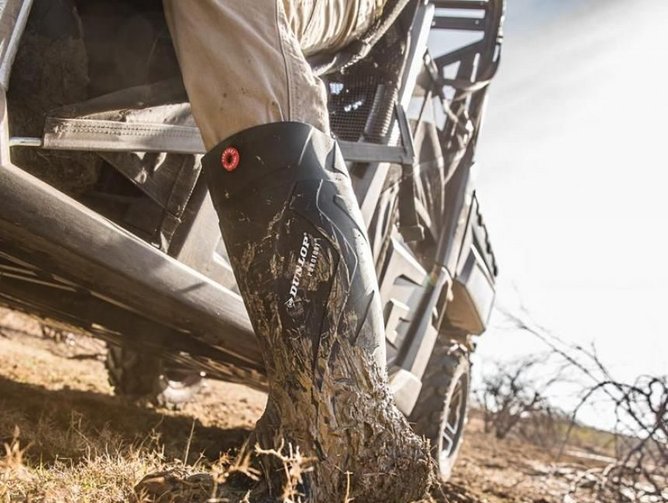 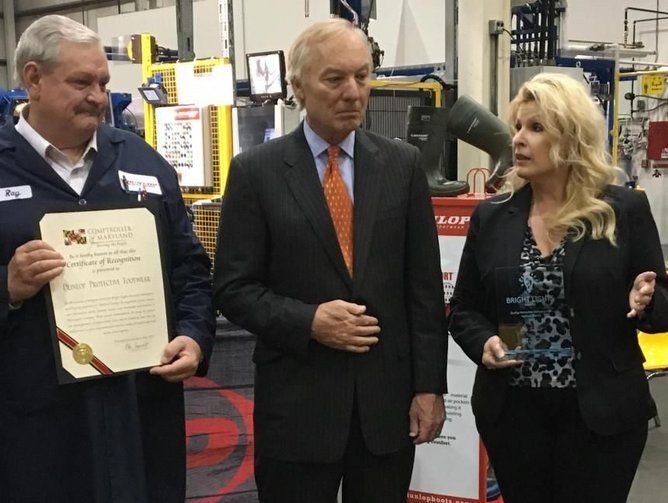