In the growing industry of data centers, it’s all about differentiating yourself from the market, and Infomart Data Centers is a company that prides itself on flexibility of design.

With its latest data center project in Ashburn, Virginia, Infomart is leveraging all of its capability when it comes to adaptive, customizable and efficient design as it looks to renovate and upgrade what was formerly AOL’s Dulles Technology Center.

Infomart describes the Ashburn data center as its “most efficient, sustainable and flexible product to date,” and we spoke to some of the individuals at the forefront of the project about the electrical and mechanical transformation the building has undergone.

It’s changing from a 10MW facility to a 15MW facility, but without a massive increase in size.  It’s the flexibility of design which will allow Infomart to tailor its solutions to a customer’s exact requirements.

Shawn Kane, Infomart’s Vice President of Engineering, was the first operations manager at the site when AOL originally opened the facility around two decades ago, and he has been part of the team which has overseen the transformation.

“The kind of technology that was put in to support the infrastructure 20 years ago is dated,” says Kane. “So we’re either retrofitting or directly replacing the vast majority of all of the controls and most of the power conditioning equipment.”

Kane’s colleague, Doug Shotwell, Vice President of Development for Infomart, is just as excited about the refurb, saying that the building itself is “robust” and “stout.”

“When AOL built the facility, they spared no expense,” he says. “We’re leveraging the quality of the building that AOL was able to construct and building upon that with the latest power and cooling technologies available today.

“It was the original AOL mega data center, one of the first large-scale data centers built in the country, and AOL spared no expense in building it, so it has great bones.

“Renovating all the facility’s infrastructure from a UPS standpoint as well as renovating generators, buying new UPSs and chillers, augmenting the piping, and changing the design is going to give us the flexibility to deliver highly-efficient data center services backed by IT-critical power and cooling for our customers.

“In the years since it was built, we can now get more capacity, more infrastructure and more efficiency in the building itself.”

“While the building’s footprint will not undergo immense changes, other than a 20,000 sq ft addition, the size of IT critical power and storage that we’re putting inside the space will nearly double.”

Months in the making

The Infomart Ashburn renovation got underway several months ago, beginning with the upgrade of electrical assets such as the generators and main switchboards.

“We’ve gutted all of the mechanical assets,” Shotwell continues. “This includes the chillers and many of the pumps; we’ve also taken apart the cooling towers and we’re putting all of those new assets in place.

“The first phase of our deployment is going to be 6MW of IT critical power and cooling capacity — all brand-new infrastructure from an EPS and chilling capacity standpoint.

“The second phase is where we augment about 20,000 to 40,000 sq ft of building, to build some additional infrastructure. We’re on the downslope of the first phase of implementation right now, so we’re about to commission our first 2MW of capacity.”

Phase I of the project consists of 6MW of supply with 15MW of supply in the master plan for the building, with 50 new jobs expected to be created as a result of the augmentation.

These staff members will be trained in ensuring Infomart Ashburn operations meet the requirements of the Uptime Institute Management and Operation (M&O) Stamp of Approval, the highest ranking of its kind in the world.

Among the most impressive aspects of this facility renovation is Infomart’s ability to substantially increase capacity without needing to increase its size.

The company’s adaptability allows it to install anything from 200W to 600W per sq ft, enabling Infomart to accommodate the customized needs of its clients, rather than having them resort to a standardized design.

“We’re trying to keep flexibility in our design process,” Shotwell adds. “We had some real success at our data center in Oregon with active rear-door heat exchanger technology and because of that, we’ve elected to transfer some of the same design elements to Ashburn in order to enable the same success.

“We’ve also left some of the underfloor infrastructure, with the intent that if there’s a customer who has a need for high-density, we have the flexibility to easily provide that capability within the facility.”

“Our existing data halls are going to be managed from a 2MW to 3MW footprint, with as much as 6MW of capacity within a 10,000 sq ft space, with no major modifications.

“Our mechanical design also boasts a higher water temperature than most facilities, with chiller plants delivering chilled water supply at 65 degrees Fahrenheit. This will give us an opportunity to use more outside air as pre-cooling and to make the facility much more efficient.”

Infomart Ashburn sits at the center of Loudoun County’s famous Ashburn Corridor, benefiting from the strong power grid and fiber-dense networks in the area - key features which have led to (and have been supplemented by) the vast number of data centers in the region.

Kane says: “In the 20-plus years I’ve been here, I’ve witnessed a tremendous growth of data centers in the area.  With new data centers come system upgrades, substation renovations, new transmission lines and new capacity to support them.

“So, from a power standpoint, we’re well-positioned. With most of the Ashburn data centers, there’s plenty of power capacity and power capacity planning, which is crucial because many of these power transmission lines can take three to five years to install. Because of this, there was no issue in increasing the capacity of our data center - it was readily available.

“Another significant feature of the Ashburn market is its network connectivity. The AOL facility was the first data center in Loudon County. The market grew from there, leaving the building in the center of it all, and therefore, very well-connected.

“The connectivity in Ashburn stems from a vast ecosystem of providers and carriers in the market, connecting all of the United States as well as Europe and the rest of the world. It’s also very easy to get from data center to data center to make that connectivity happen.”

In addition to its connectivity, Loudon County boasts a number of tax benefits for data centers like Infomart, as well as their tenants and other service providers in the area.

The word “flexibility” is prominent throughout Shotwell and Kane’s commentary, and it really underpins everything that Infomart does.

In addition to showcasing the capability throughout its Ashburn renovation, the company also proved its agility with client LinkedIn at its Portland facility during the aforementioned implementation of active rear-door heat exchanger technology.

Although the installation of this particular technology was something Infomart hadn’t done before, the company worked in close collaboration with LinkedIn to not only install it, but also took the added step of training its staff on how to service and maintain it. LinkedIn’s Portland data center is now considered one of the most efficient IT operations in the world.

“Our ability to drive higher-density design, as well as the innovative thinking and the creativity we employ to enable it, are what makes Infomart unique,” Shotwell adds. “We’ve built Infomart Ashburn with that same flexibility and customer customization in mind.

“Design flexibility is amongst the most common requirements from our potential customers, and what differentiates Infomart in the marketplace.” 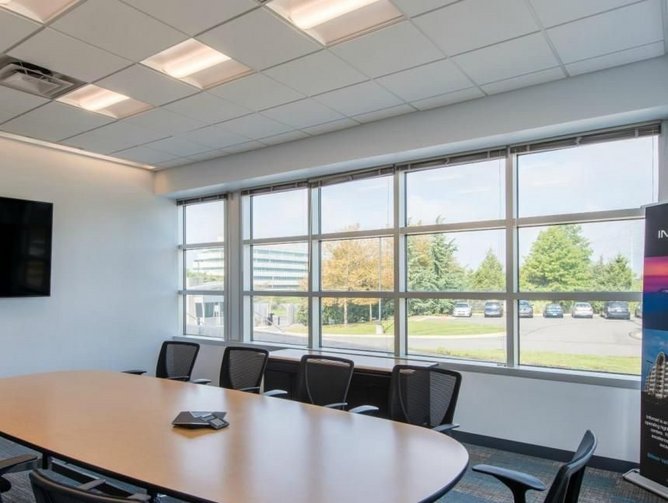 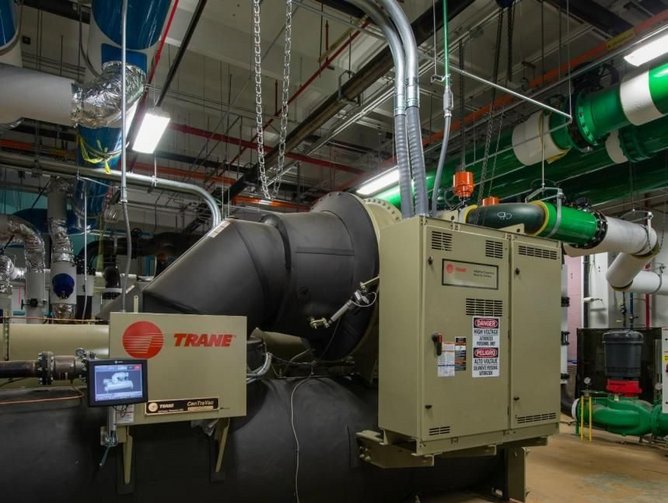 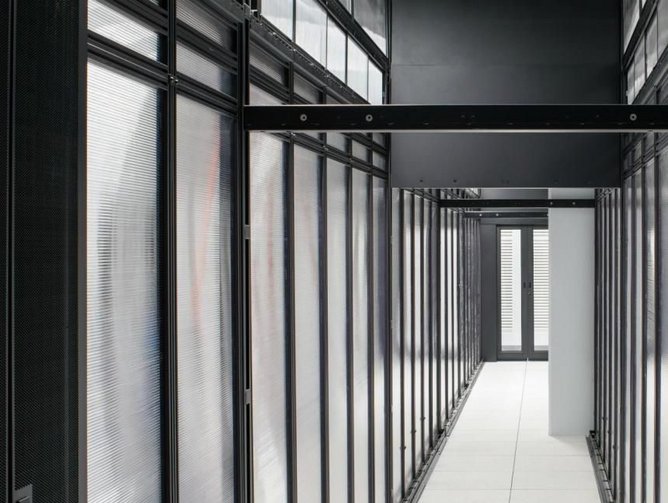