Investing in partners and clients keeps Ledcor ahead of the game

From its first project in 1947 preparing the access road and well site to Imperial Oil’s famous discovery at Leduc No. 1 — the site touted as the official beginning of the oil industry in Alberta — Ledcor established itself as a leader in the construction industry.

The company is a part of the Ledcor Group of Companies, a privately-held entity whose highly diversified portfolio reaches into mining, infrastructure, oil and gas, air and marine transportation, forestry, power and environmental industries, among others.

Over the last 65 years, Ledcor has built experience and an admirable reputation with its partners in industry and government. Clients across North America consider Ledcor Construction a trusted authority in project and construction management, pre-construction, general construction, and design-build services.

Ledcor’s ongoing success can be attributed to the effort it puts towards building strong relationships with clients.

“We’ve built 17 projects for PCI in the past 21 years,” said Hrdlitschka. “I think our commitment to our clients shows in the amount of repeat business we earn. We build lasting relationships by proving every time the value we bring to our client’s projects, and by delivering on our promises.”

Currently, Ledcor is working on PCI’s Coast Capital Savings Credit Union building in Surrey, B.C. The $65 million project is the first stage of a multi-phase development at King George Station that will further transform the rapidly evolving downtown core of Surrey.

Ledcor is targeting a completion date for July 2015, with occupancy for October to accommodate the demands of the fastest growing city in Metro Vancouver, and one of the fastest in Canada.

Nearby, Ledcor spearheads two decades of work at the Vancouver International Airport. Ledcor has worked with YVR since 1995, developing and constructing over 200 projects domestically and internationally.

The latest, the Airport’s A-B Connector Project, is valued at $146 million and includes demolishing parts of the original 1968 terminal, some of the oldest remaining structures on site, and developing a new, four-level facility into a smooth transition for arriving and departing passengers and include expanded retail space.

“This is our largest project for YVR in Vancouver to date,” said Hrdlitschka. “We’ve been with YVR for 20 years doing various projects and I believe our relationship with them is a great example of how Ledcor continues to strive to build lifetime clients.”

The advantage of working in a familiar space and knowing how to meet a client’s expectations drives Ledcor to work towards earning repeat business from all clients, whether they previously worked together or are entering a new partnership.

Ledcor continues to transform the community in which it was founded. Some of the company’s most prominent and complex projects currently under construction are being built for, or in partnership with governments and institutions.

One of Ledcor’s current projects is the $260 million Royal Alberta Art Museum in the heart of downtown Edmonton.

“[The museum] truly expresses our province’s history, landscapes and potential,” says Ray Danyluk, Minister of Infrastructure in Alberta. “The concept leaves no doubt that the Ledcor team understands Alberta, and Albertans.”

Slated for opening in December 2017, to coincide with Canada’s 150th anniversary, the museum is expected to become a globally iconic institution.

“Like our province, our new museum will represent the best of what the world has to offer, celebrating our past, our present and our future,” says Danyluk.

Ledcor continues to transform communities beyond Edmonton with the same entrepreneurial spirit that has characterized Alberta.

In Toronto, Ledcor and EllisDon partnered to build the new Canary District for the Athlete’s Village for the 2015 Pan Am/Parapan Am Games. Following the Games, the five-block mixed-use development will be converted into a new, integrated community with affordable housing, student residences, retail space and a YMCA.

The Canary District project was built by the EllisDon Ledcor PAAV Inc. joint venture. The partnership combined a wealth of experience to ensure the Canary District satisfied the highest construction standards.

On the west coast, Ledcor’s ongoing work to build the BC Children’s and BC Women’s Hospital takes on a different type of partnership. CWH Design-Build GP, a 50/50 joint venture between Ledcor and Balfour Beatty, was awarded the $350 million PPP project.

“We are pleased to be part of this project that will bring world-class care for children, youth, women and families across British Columbia for years to come,” says Peter Hrdlitschka, President of Ledcor Construction.

The design and construction of the TECK Acute Care Center at the hospital will include an eight-story, 540,000-square-feet building that houses inpatient units, an emergency department, medical imaging, procedural suites, hematology/oncology department and a pediatric intensive care units for BC Children’s Hospital. It will also include high-risk labour and delivery suite and a new neonatal intensive care unit for BC Women’s Hospital & Health Care Centre.

On top of the highly technical scope of work, the project is targeting LEED Gold Certification.

“The suspended slabs are underway, and on target for our summer 2017 project completion” said Hrdlitschka. “We have two cranes on the project now, and a third will be erected on site next month.”

Despite the project’s complexity and multiple stakeholders, it is on schedule.

Ledcor has built retail stores and hi-rises for Shaw Communications, and is currently finishing construction on the Shaw Data Centre in Calgary. The $130 million project, which is expected to be completed later this month, will encompass construction of a 250,000 square foot facility along with an extremely sophisticated mechanical electrical system.

“The data center has to operate 24/7. For this project, it was essential to have huge backup generators that provide power to the entire building and specifically the mechanical system and its cooling towers to continue to create the cooling capacity that can handle up to 24 million BTUs of heat generation,” said Hrdlitschka.

“When you think of BTUs, the big construction heaters generate a million BTUs. This electrical system and its components including the Server Rooms housed within the Data Center technically generate the effect of 24 million of these heaters. This amount of cooling required provided by the cooling towers is equivalent to using 35,000 household refrigerators.”

One of Ledcor’s largest projects under construction is the TFN Mills Shopping Centre in Delta for Ivanhoe Cambridge. Due for completion in May 2016, Tsawwassen Mills will cover more than 1.4 million square feet of indoor retail space as well as an outdoor shopping mall.

“We’re probably about 90 percent through the structural steel,” says Hrdlitschka. “We’re currently working on completing the base building envelope and roof.”

For Ledcor, the massive project has included an array of services from road construction, installation of underground utilities to constructing the park-like habitat areas around the project.

With close proximity to the Tsawwassen ferry terminal, the project has also presented unique challenges.

“With the size and location of the project, we needed to improve the ground conditions before construction,” says Hrdlitschka. “Because this project is in a low lying area, we had to import ­sand and gravel to offset the conditions of the ground. We ended up importing just under two million metric tons of sand and gravel.”

Hrdlitschka added, “There’s always going to be challenges, but it’s how you handle those challenges that matters. It’s something we pride ourselves on and I believe it’s something that distinguishes us from our competitors.”

Ledcor’s engagement with clients and its investment into their own people has served them well since the company’s beginnings.

The roster of impactful and innovative builds is not the only reason Ledcor is set apart from its competition. While the projects on Ledcor’s portfolio are impressive to say the least, the company is committed to supporting its customers and employees as well as the community and the environment.

For the second time, Ledcor was named one Canada’s Top 10 Most Admired Corporate Cultures for its corporate culture, benefits, community involvement and skills development.

Current and past accolades also include BC Top 55 Employers, Canada’s Top 100 Employers, and Financial Post’s Ten Best Companies to Work For and others.

The company supports numerous organizations and is committed to its corporate social responsibility. In 2014, the company pledged $200,000 to Junior Achievement of British Columbia and North Alberta made a three-year commitment to fund a weekly healthy lunch program at Ronald McDonald House of Northern Alberta.

Over the past 10 years, Ledcor has contributed nearly $24 million to more than 150 charities across North America, focusing mainly on education and children’s healthcare. The company’s annual employee campaign raised over $1.2 million last year, allowing the team to help over 95 charities throughout North America. 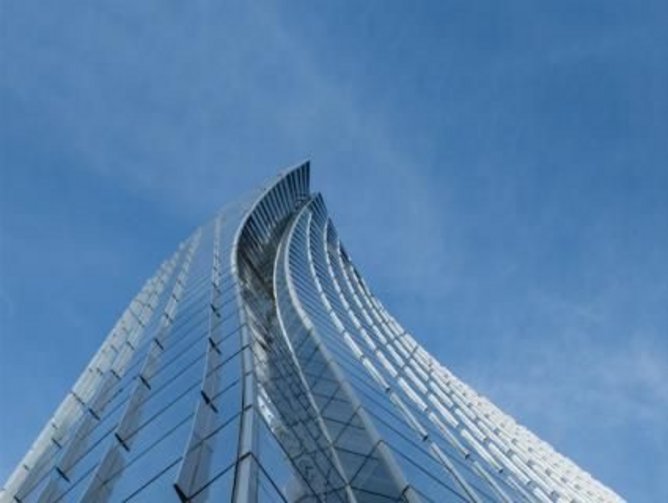 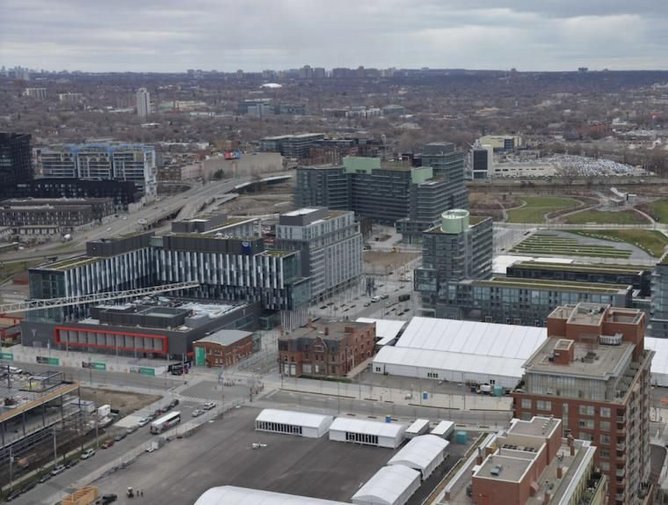 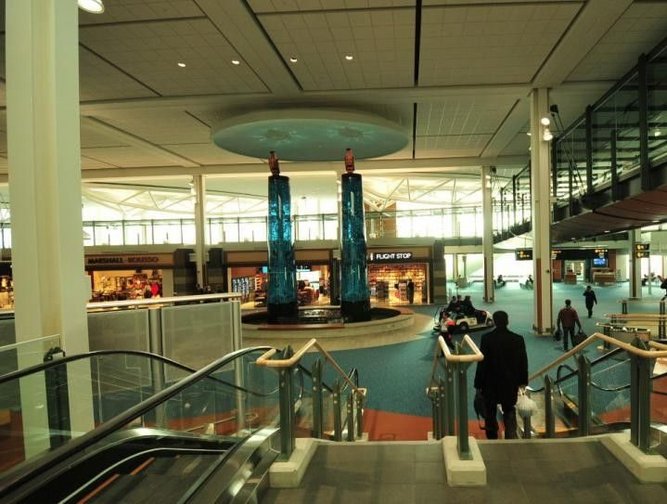 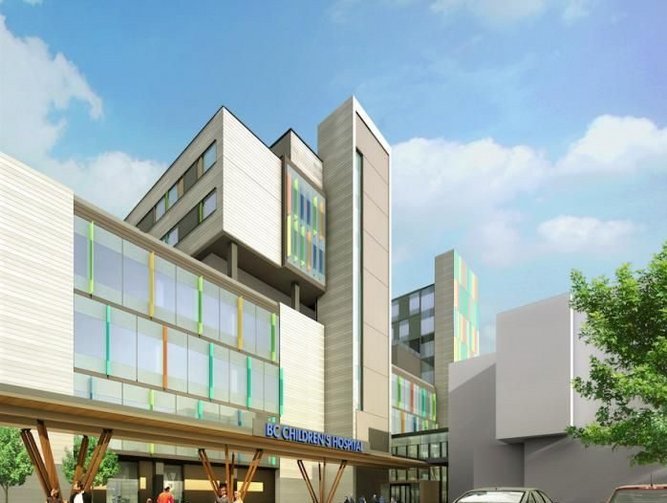 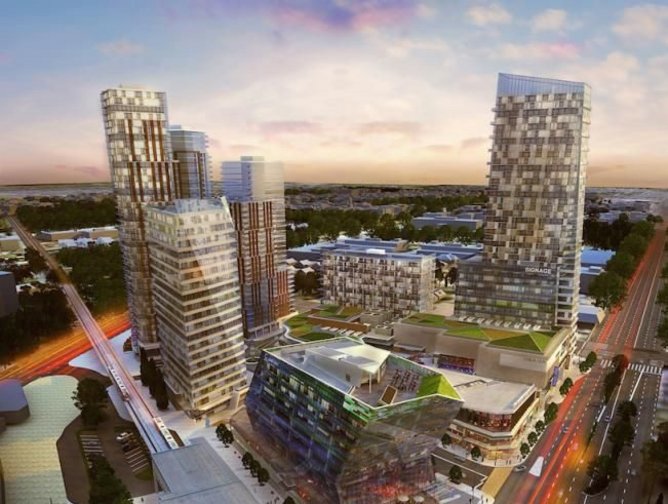 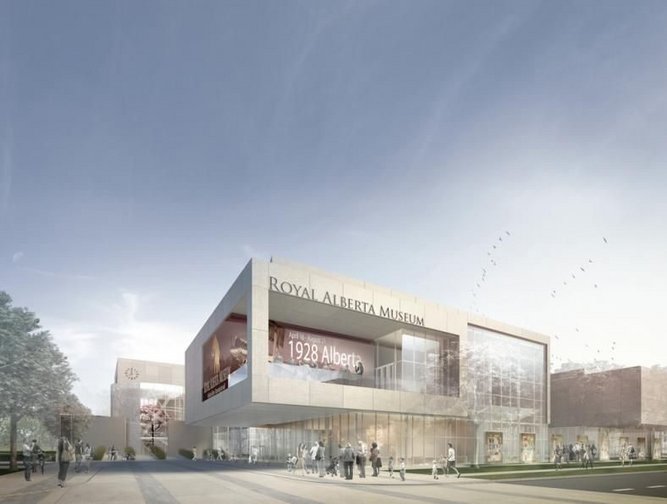 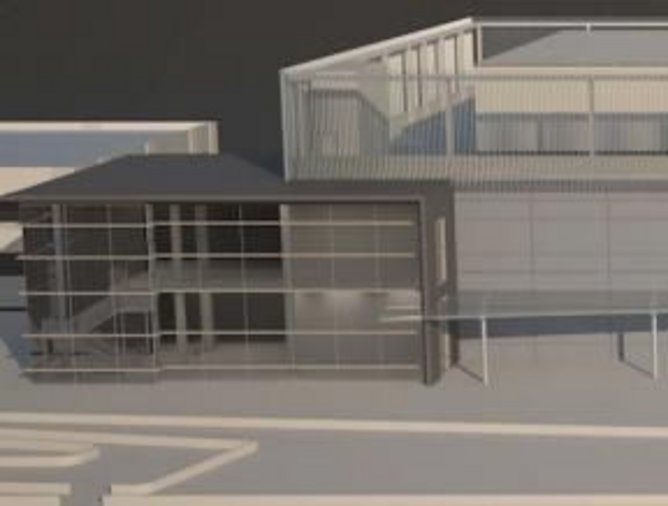 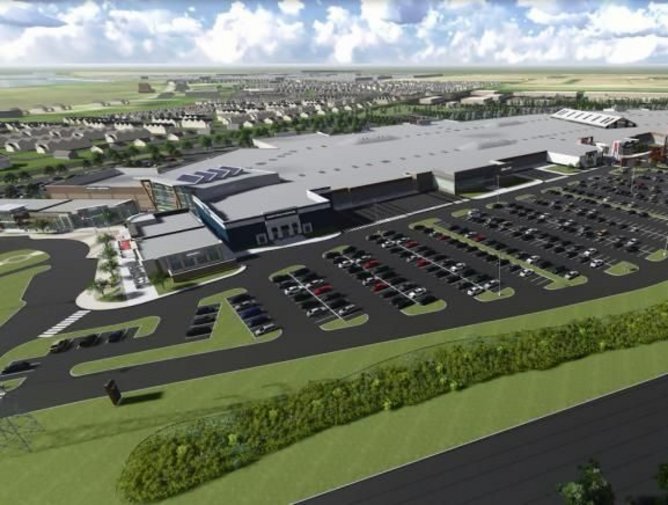 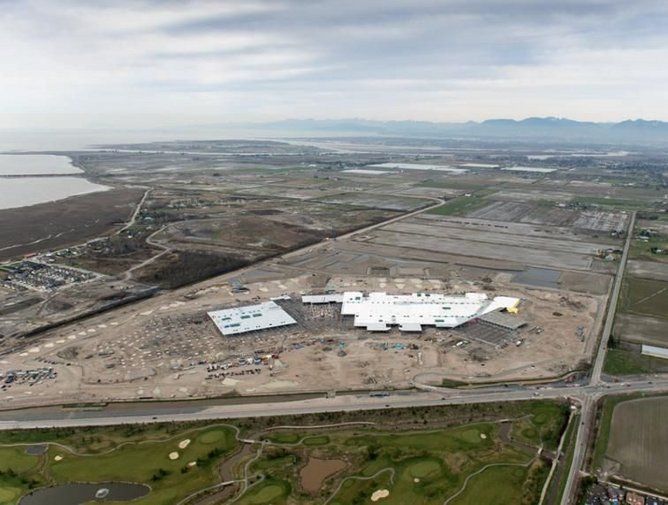 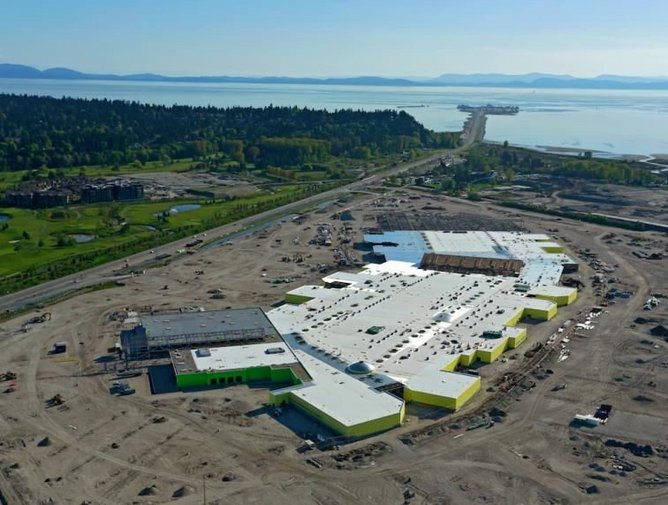 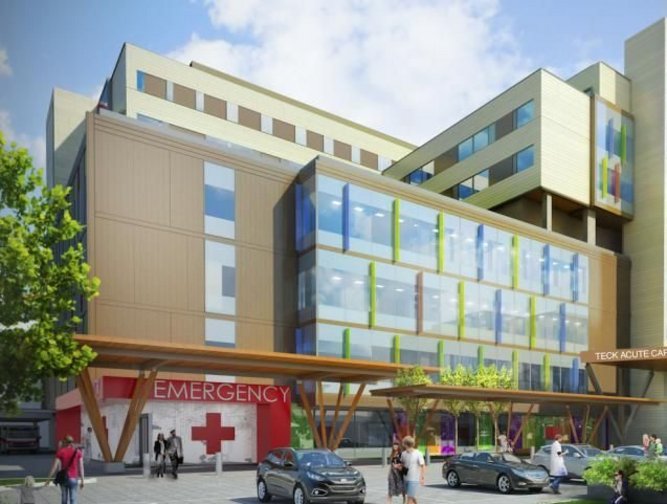 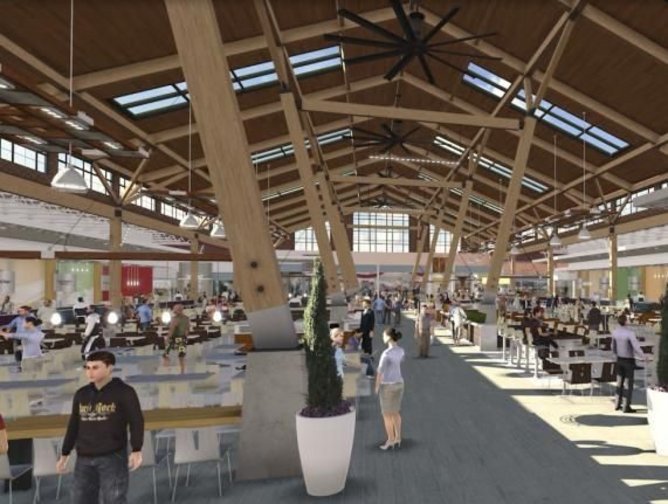