ION LRT: Providing the Region of Waterloo with a Vital Transit Corridor

Like a thriving body needs a strong circulatory system, a thriving region needs strong transit infrastructure to move its residents and visitors throughout its streets and cities. In Canada’s Regional Municipality of Waterloo, plans for improved rapid transit promise to infuse new vitality throughout the region by effectively connecting its core cities of Waterloo, Kitchener, and Cambridge. This improved connection comes in the form of its ION system, a $1.8 billion multi-step project comprised of an adapted bus rapid transit system (aBRT) from Kitchener to Cambridge to be completed this year and a light rail transit (LRT) system connecting Waterloo to Kitchener which is slated for completion in 2017.

Several points set the Region of Waterloo’s ION LRT system apart from similar projects. One critical point is its consciousness toward accommodating as many of the region’s residents as possible. This goal contributed toward designing the ION LRT system as the first ever 100 percent low-floor vehicle in rapid transit, a feature that will increase access to residents with physical disabilities.

“No one else has that in North America at this point, we would be the first ones,” said Darshpreet Bhatti, Director for the Region of Waterloo Rapid Transit Division. Bhatti noted that while MetroLinx is also working to procure low-floor vehicles, ION LRT will make its debut first. “It’s a unique opportunity to bring a very AODA-compliant vehicle to the region, and it will make accessibility to and from the vehicles much easier for passengers.”

Another point that sets the ION LRT system apart is the space that it shares with multiple entities. First off is the space it will be sharing with other rail entities. “Another unique component of our project is that we’re among the first in North America where we’re sharing a corridor with freight,” Bhatti added. “There are many examples of it in Europe, but very few in the way we’re doing it in North America.”

Even more important is the space that ION LRT will be sharing with the rest of the Region of Waterloo—the region is working hard to integrate the light rail system seamlessly within the cities through which it will travel.

“We’re trying to blend this project within the urban fabric of the region,” said Bhatti. “It’s going to two Downtown cores, and our objective has always been to accommodate LRT within existing infrastructure, not to destroy the neighborhoods that we intend to serve. The objective has always been: there’s development here already, we need to find solutions so LRT can serve these neighborhoods without impacting them.”

Decades of Planning and Forethought

Blending a light rail system into a bustling city is a daunting objective, but in the Region of Waterloo it’s made less challenging by the fact that rapid transit has been part of the plan for decades. According to Bhatti, the project has been in the minds of region officials conceptually since as early as 1976.

“The council at that time understood the need to have future investment in higher order transit in order to accommodate growth,” said Bhatti. “They were not just looking at the population we would have had in 1976—they understood that the region would grow over time, and that the right planning policies have to be in place to help future regional employees, council, residents to manage that growth. So they identified a corridor through the cities of Kitchener, Waterloo, and Cambridge, saying that this is where we would like to focus our future growth, and we have to make sure all the proper transportation choices are offered to those residents and businesses.”

This forethought has been instrumental in the development of the Region of Waterloo over the past four decades. With planning in place, the region has been able to build its cities up with its vision of strong and cohesive rapid transit in mind, making transit a well-conceived and perfectly integrated part of the region instead of a complicated solution to a growing problem.

“Traditionally for a lot of light rail projects, engineering is done first and then planning starts,” said Bhatti. “In our case, planning was established much earlier. Since 1976 many policies have been put in place to focus more intensification along the corridor. So we have the intensification we need to justify investment in higher order transit. Then, with the implementation of higher order transit, we can supplement that growth and complement it, whereas other places look for light rail as a revitalization project.”

As Bhatti explained, there are multiple benefits to the introduction of the Region of Waterloo’s ION LRT and aBRT systems.

“Fundamentally the two main objectives have always been shaping urban form and providing the right choices for traveling, and transit has to be a key component of that,” said Bhatti. “As intensification happens along a corridor, the majority of trips become short trips—people want to be able to jump from where they’re living to a nearby office, or run errands two or three blocks apart. Driving alone is not sufficient or conducive to that environment. You have to make sure you’re providing all modes of active transportation—rapid transit, walking and cycling, with auto as an option as well. Once you are supporting that intensification you have to provide the right transportation tools so people can make the choice of traveling from their origin to their destination and vice versa.”

With the region’s careful planning to shape development along the corridor intended for rapid transit, the construction and inclusion of rapid transit systems provides a completion of support for the region’s residents. This is beneficial not only for those living in the heart of the region’s big cities, but also for those in the cities’ suburbs.

“Once you intensify within the urban cores of your city, you’re de facto protecting the suburban areas because you no longer have to invest a lot of money in infrastructure for roads,” Bhatti explained. “There isn’t a lot of green space here for new roads, and it can be expensive and disruptive to widen existing ones. [This project] also allows us to focus those infrastructure dollars on more transportation improvements—not just light rail or adapted bus rapid transit, but also the improvement and streamlining of existing dimensional networks, like providing more express routes that don’t necessary fall within the catchment area of light rail or bus rapid transit.”

According to Bhatti, benefits of rapid transit development even reach the Region of Waterloo’s rural residents. “Finally, by having all of this investment within the urban cores and protecting the suburbs, we also by default protect the farmlands that are at the periphery of the region,” he added. “Our region has some of the most productive farmlands in the Golden Horseshoe, and we also rely on groundwater reserves—this region is one of the very few midsized communities that rely on groundwater. We need to make sure we protect those sensitive areas that provide a very viable water solution for us. If we allow urban sprawl to continue without having management tools, then those will be impacted.” By intensification of chosen city corridors, supported by strong utilities like rapid transit, sprawl is contained—ultimately supporting a better future for every resident of Waterloo. 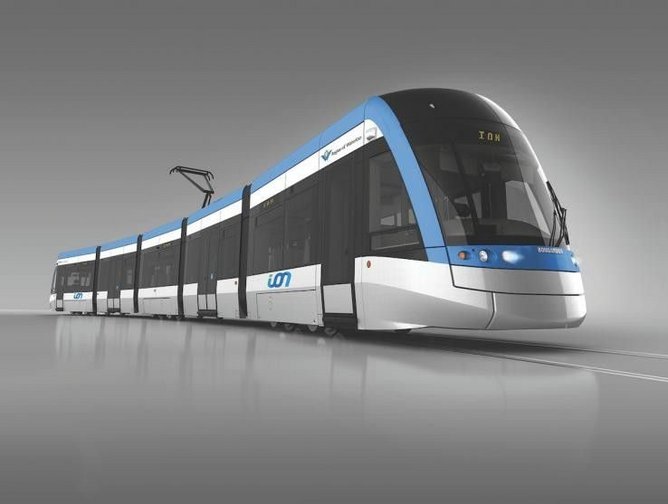 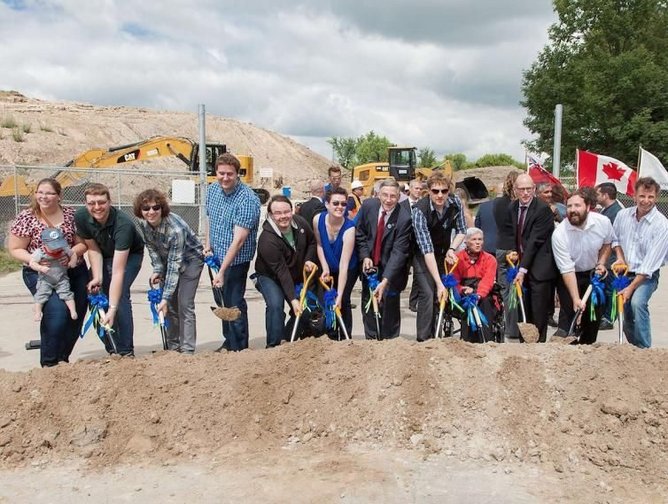 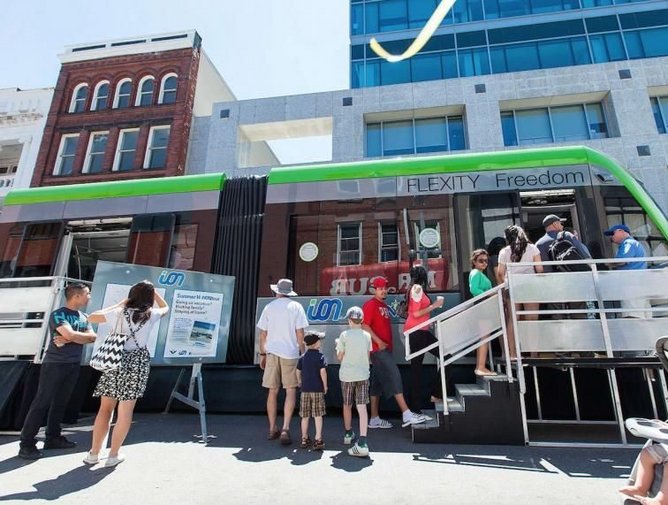 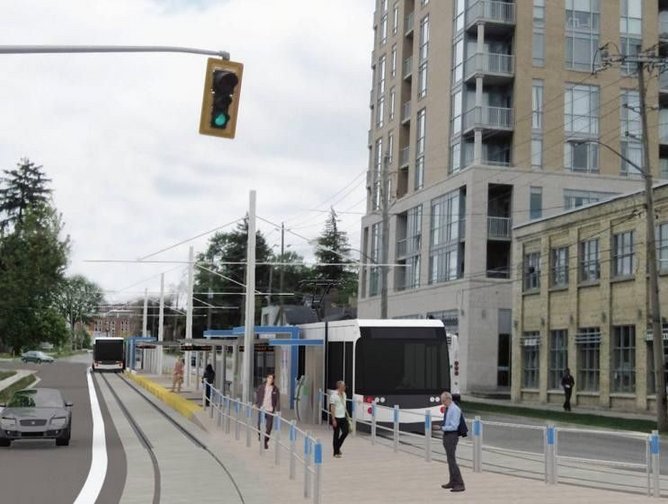 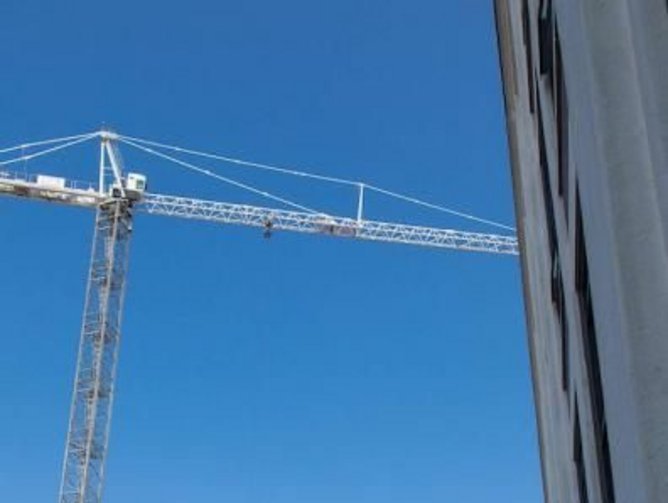 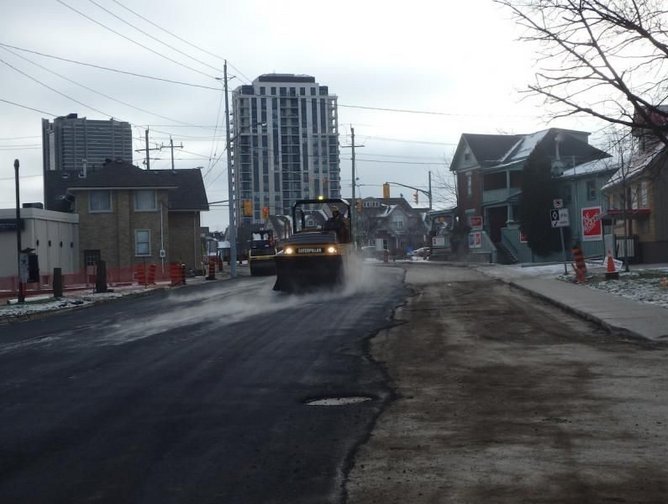