Knichel Logistics: A lesson in leadership

Few businesses come as family-orientated and dedicated to people as Knichel Logistics.

Originally an intermodal marketing agent for a third party logistics company in 1997, the business took the expertise it had and formed its own logistics company in 2003. Fourteen years later, Knichel Logistics is in a position of prestige created by hard work and a love for people power, its loyal team led by President and CEO Kristy Knichel.

Leaving college to work for her father, William, Kristy worked a variety of roles to ensure the smoothest possible running of the business; beginning as an intermodal dispatcher, she also worked in sales, finance, and HR. Soon after Knichel Logistics began, William was hospitalized, leaving his daughter to learn how to run the business on-the-job.

“I just had to take the knowledge I had and get things done,” she explains. “I ran pretty much everything, working seven days a week to make sure everyone was doing their jobs. My role changed quickly – I learned what it meant to run a business.”

In 2007, after four years of decreasing involvement from her father, Kristy became CEO. During this time, she had been training other managers to take over her previous roles, including the business’s intermodal arm, and getting the company more involved in truck brokerage. With sales and finance teams stable, Knichel Logistics began to experience massive growth, taking on a COO who – among others – helped Kristy to gain more confidence in her leadership.

“I didn’t go to school for this, but I had lots of people around to help me and figure out what my role was, because I had been an operations person and it was tough for me to put that aside.”

The support Kristy had within Knichel has sometimes been challenged by a lack thereof outside of it. She admits that, sometimes, customers and partners have shown unwilling to display the respect Kristy deserves simply due to her gender. However, her determination not to be marginalized has spurred her on to prove those naysayers wrong, and she is happier than ever to help create a diverse environment – both within Knichel and along the supply chain.

“After 2010 was when I really started to find myself as CEO,” she explains, “and this is important, especially for a woman in this industry because it’s very male-dominated. Sometimes I’ll go to executive industry meetings and I’m the only woman in the room, and it can be intimidating at times, but I’ve pushed myself to get involved and talk to the men there. It’s been a challenge, but I felt I was up to that challenge.”

With a large portion of Kristy’s staff being female – 29 out of 42 – she is passionate about giving women opportunities they might not be given elsewhere. That being said, this choice is one borne of a desire for equality: “I’m all about giving a chance to everybody – men and women of all ethnicities. It’s crucial to me because I’ve had a really, really hard, rocky road to get where I’m at, and I don’t want other women to feel they have to go through that.”

It is Kristy’s leadership skills, after all, that have created the close-knit, successful business Knichel is today. In her own words, she surrounds herself with people who are smarter than her, and places them where they are the most valuable. In an industry that typically has a high turnover of staff, Knichel boasts an average employee tenure of 10 or 11 years. Why? Because the business takes care of its employees.

“When I took the business over from my father, my goal was to keep the employees happy and take care of them so that they stay,” Kristy explains. “Training people takes six months to a year, and I don’t have time to do that over and over again, so one of my first initiatives as CEO was to continue the company’s focus on employee engagement and retention. I had to find out what my staff want to see and what would motivate them to stay – I’m a people-pleaser.”

Knichel takes part in Customer Service Week, buying gifts for staff, allowing them to play games and earn tickets to win prizes, offering free massages and activities – all designed to entertain and incentivize them. Kristy also promotes flexibility in the workplace, as many of her staff have children. Knichel even pays for gym membership, promoting healthy living with an extra-long lunch break for those taking time to exercise. Making employees feel heard and appreciated is core to the business, according to Kristy.

Knichel Logistics’s stable core team and slick working environment has enabled the business to earn numerous awards over the last few years, plus a positive status as a certified woman-owned company. All of this has given Knichel the best foundation, atop of which it has built up a reputation and the technological and sustainability expertise required to make it a strong competitor in the market.

Knichel has cleverly shopped around for the software the business uses, with every choice designed to improve efficiency and streamline operations. For marketing, Knichel has been using a platform called HubSpot as of last year to manage its online content, as well as revamping its website and further developing its social media presence. For overall data visualization and business intelligence, Knichel utilizes a software called Tableau. This system allows for large amounts of shipment and quote data to be analyzed graphically, which provides a different perspective when it comes to data interpretation. With the ability to keep a close eye on analytics, Knichel Logistics has been able to drive more business and chart its revenue growth, enabling it to see its successes in more detail.

In order to enhance the operational effectiveness of its pricing department, Knichel partnered with Logistical Labs, utilizing its LoadDex platform. This software is a consortium of various data sources that give users a quick snapshot of ballpark pricing per lane entered. “We’ve really tried to embrace tech as much as possible,” adds Sheila Weatherly, Director of Pricing. “We’re able to load monthly data of what shippers are seeing out there in the market on a contracting spot basis. Using LoadDex, the data is pulled into one place, and very little training is required to circumnavigate it. It’s made it possible for someone who has very little background in truckload – including my team because they were mainly intermodal in their background – to be able to quote relevant and accurate data in a timely manner.” Without LoadDex, the pricing team would have to go to several separate sources and then manually calculate the averages – obviously, this system has been a game-changer in regards to time.

On the environmental front, Knichel is a SmartWay Transport Partner, which means that it employs specific reporting functionality to organize its carrier data in an effort to create a clean supply chain, by using carriers that are compliant with the SmartWay program. Along with numerous other innovations, these technologies are helping to ensure Knichel Logistics can compete with industry giants.

“There’s a lot we can do,” says Kristy. “Other companies might have a ton of money behind them, but we find ways to do the same things they can on a smaller scale.”

Customers are reaching out to Knichel Logistics wanting to be part of its unique dynamic. Knichel has a team to work with them – talking to them, emailing, and arranging visits – and something they appreciate about the business the most is honesty.

“We have processes in place that our people have been trained on, and they need to follow them as far as informing customers of certain situations in a timely manner, so that the customers are happy,” Kristy explains. “It would surprise you how many big companies we’re competing with don’t do simple things like this, because they don’t have the time to personalize customer needs. Giving that extra touch to the customer – as well as treating our carriers well – is key.”

Knichel’s determination has paid off. The company is being noticed by big names – notably, Walmart Direct – and this is feeding into Kristy’s desire to create a more diverse supply chain. She wants Knichel Logistics to become involved in many different fields, thus widening the possibilities for its future.

“I don’t want to grow too fast, but I think we can grow $5-10mn a year with this new focus on the diversity end of it,” says Knichel. “I have a goal to get my company to $100mn in the next six to 10 years. Larger customers are noticing us now, and we can offer the kind of service you might not get from a bigger logistics provider. They will get special attention from us, and they have the luxury of speaking to the same person every time we communicate.

“All companies have to be able to streamline things and become more efficient, and that includes listening to customers’ needs and providing what they need, if not more. When people ask why I’m successful, I say it’s because of my people. I’ve surrounded myself with better people than me, and taking care of them keeps them here. That has grown the business tremendously.” 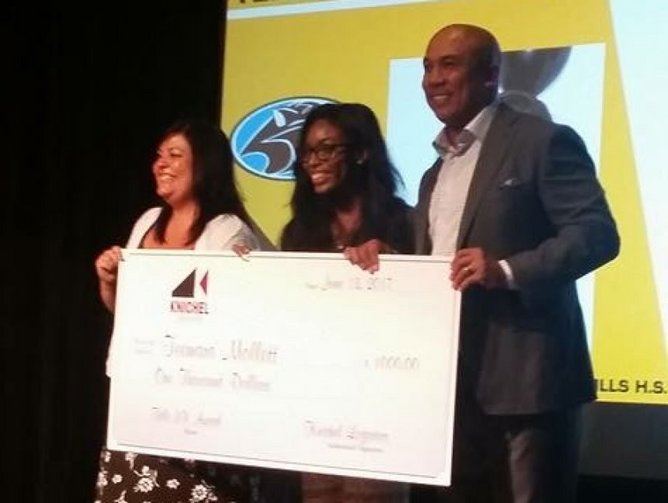 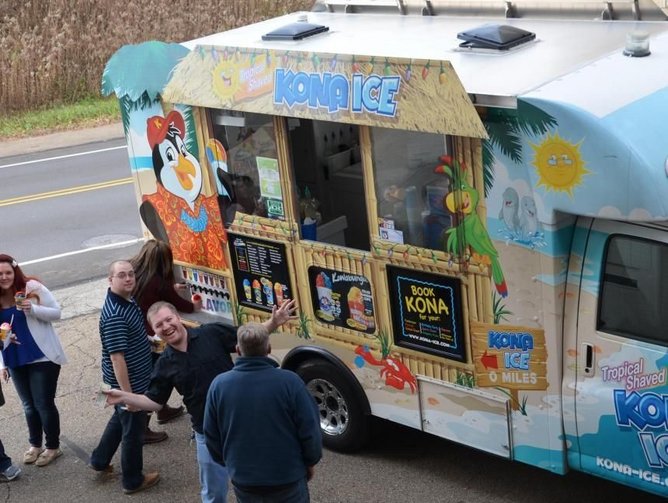 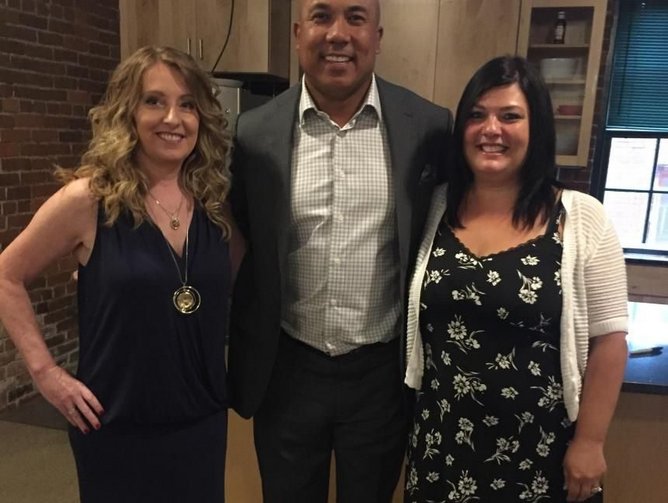 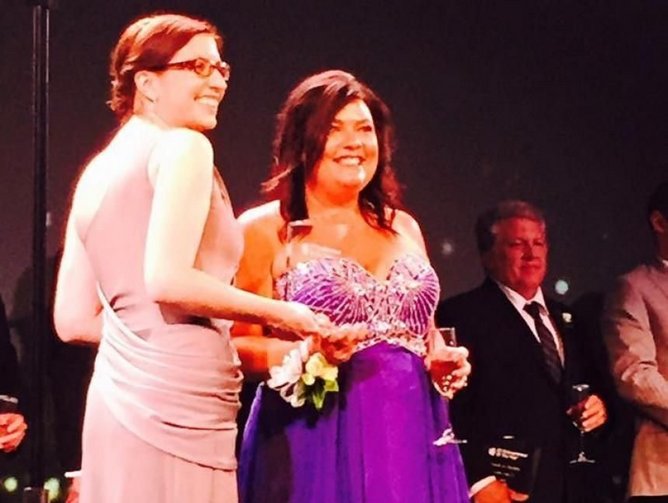 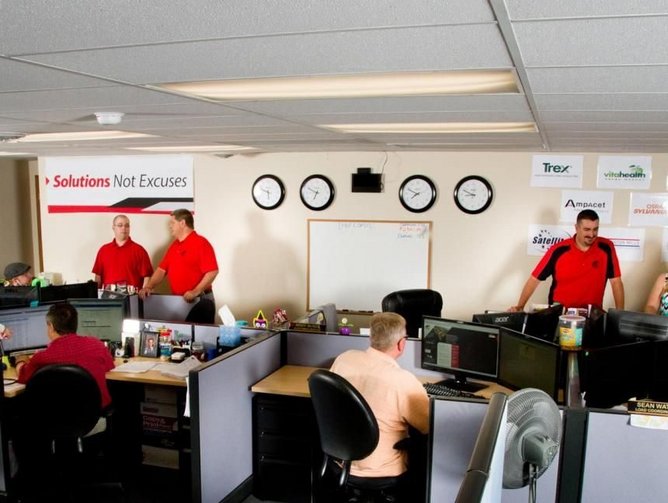 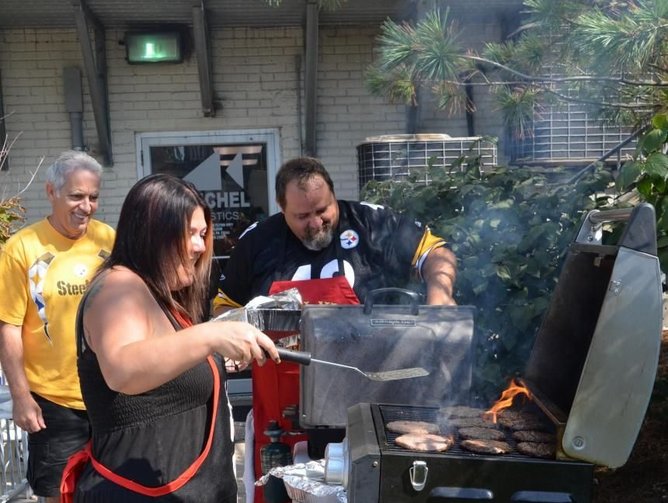