The story of Martin Preferred Foods began completely by accident, in wartime America.

Melvin and Israel Tapick were delivery boys for their mother’s corner store in Houston, Texas, back in 1944 and their job was to deliver to restaurants downtown and in the surrounding area.

One day approaching Thanksgiving that year, they made a delivery to a customer who was a chef at a local eatery, and he asked if they could procure some freshly killed turkeys for the upcoming holiday.

Although the two young men’s stock-in-trade was very much canned goods, they did not want to let their customer down and promised to find him some turkeys.

With no real idea of how they were actually going to do that, they asked around the local neighborhood, and were pointed in the direction of someone who raised turkeys.

Melvin and Israel bought the turkeys alive and took them back to the yard behind the store without any idea of what to do next. Under further instruction from a helpful neighbor, the audacious pair set about slaughtering and defeathering the birds.

It took an entire day, but when they were done they had some nicely dressed turkeys which they were ready to return to the man at the restaurant. They had no idea how much they should be charging but the chef, exemplifying the spirit of the time, said he’d pay what they were worth.

When he did, the pair realized that they made more profit on that one transaction than they had in a week of selling canned goods. From that moment on, the Tapick brothers decided to get into the business of sourcing and selling fresh poultry.

Within a couple of years, with turkeys and chicken and other poultry items like fresh eggs, the pair were in business and had established a brand new processing plant where they slaughtered chickens and turkeys.

What is even more remarkable is that Martin Preferred Foods has continued to grow and be successful, and it remains a Tapick-owned family business to this day, now in its 73rd year and under the third generation of family ownership. Melvin’s son, Michael Tapick, remains at the helm as the company’s CEO and Chairman, having worked in the business since his childhood, and having led the company since Melvin’s untimely passing in 1978. Michael’s wife, Betty, also works in the business, in a position she has held since the 1980s. Both of Michael and Betty’s children work in the business, with daughter Lisa positioned in the accounting department, while son Jeffrey serves as the company’s President and Chief Operating Officer. Meanwhile, Melvin’s wife Helen Tapick Lerner, the matriarch of the business, visits the company weekly to keep a watchful eye on the company’s progress.

Since those humble beginnings, the company has gone from strength to strength, but what exactly is it the company actually does almost three-quarters of a century later?

“At our roots we’re a meat, chicken and specialty grocery company,” says current President and COO Jeffrey Tapick, grandson of Melvin. “We provide center-of-the-plate proteins, and by that I mean beef, chicken, lamb and pork and specialty groceries which can be anything from imported and domestic cheeses, charcuterie, caviar, pate, hors d’oeuvres, desserts – things that are truly unique, special, exquisite and difficult to source.

“We provide those items to food service and retail customers in Texas and all over the country.  Our niche is based on the customization and value-added processes we can bring to customers.

“Specialty items are the ones which are too insignificant for the broad line distributors in our industry to bother with, but we have the procurement specialization and the connections around the country and around the world to source the finest of these products and have expert teams whose job it is to do exactly that.

“On the custom, center-of-the-plate protein side, we’re doing a range of things which add value to our meat and poultry products and there are a range of services that we provide. Our artisanal craft butchers cut chicken, steak and pork to whatever specifications the customer wants but where we really excel is in our custom-marinated proteins.

“Houston is a hotbed of Tex Mex cuisine, and Fajitas in particular are an item that our culinary experts and research and development team have spent a lot of time perfecting. Our R&D department has developed processes for improving the taste, texture, bite, flavor, and cooked yields of our meat and chicken – all of which represent the value-added elements we provide through our products. Further, with our processing capabilities and world-class food safety and quality protocols, we can ensure the highest standards of food safety and product consistency for chains that have multiple locations by eliminating variability from restaurant to restaurant.

“We try to make it easier for our customers to run their operations by saying ‘let us focus on the back of the house with your products’ so that you can focus on the front of the house, customers and menu. Let us be the ones to take the risk, the labor and inconsistency out of your kitchen.”

At the center of Martin Preferred Foods’ operations is a philosophy of respect which is supplemented by a triumvirate of key principles which ensure the company’s employees recognize their order of priorities.

“Safety is number one, our most important thing,” insists Tapick. “We go to great lengths to instill safety around our culture in every way. We want everyone going home at night in the same safe condition they arrived at for work that morning. That’s work safety and also food safety – there’s nothing more important than maintaining that. We want to have the safest possible products and a safe environment so the culture of the company really puts that first and foremost.

“The second principle we embrace is that of quality – the idea that we can only provide value to our customers if we can ensure quality in both the products we provide and the services that we deliver. If there’s inconsistency, anything that becomes questionable about our quality, then the value proposition that we represent is eroded.

“We take safety first, then quality and the third thing is efficiency. Efficiency to us means working smarter, not harder, finding new ways to do our jobs by constantly improving and innovating, having the humility to recognize that we can always be learning new and improved ways to do things, and I think that’s a fundamental part of our culture.”

Also key to that culture Tapick speaks of, is a desire from all of the company’s employees to ensure the company stays ahead of the curve and adapts to stay competitive or gain an advantage on competitors.

And that’s not something new, it’s something that has always been part of Martin Preferred Foods’ identity.

Tapick says: “When you think about my grandfather and great uncle, they had to think outside the box. If they’d just said ‘I’m sorry Mr Customer, we don’t sell turkeys, we just sell canned goods,’ then this company would never have been born.

“To give another example of innovation, in the 1950s, the norm in Texas was to sell whole chickens. My grandfather though, went to New York City, and he walked into a grocery store and lo-and-behold that store was not just selling whole chickens, but also chicken parts that had been cut up into legs, thighs and breasts and sold separately. He thought ‘what a brilliant idea, why didn’t I think of that?’ and he went back to Texas and started doing it.

“So he became the first and only supplier in Houston who was cutting up and selling chicken parts, and our company soon became the largest chicken supplier to all of the retail stores in the city.”

And Tapick says the company’s growth over the last seven or eight years, during which time it has doubled in size into one which turned nearly US$200mm last year, is also due to some ingenuity and clever thinking.

Before the financial crisis, Martin Preferred Foods was supplying to mainly white tablecloth establishments such as high-end restaurants, hotels and country clubs throughout the state of Texas. But in 2008, when the crisis hit, fewer people were looking to spend high dollars on food, and sales slumped throughout that segment of the industry.

Tapick says: “Rather than just staying with the customer segment that we’d always serviced, my father Michael had the ingenuity to say: ‘You know, we’ve developed some great capabilities in processing meat and chicken and selling high-quality specialty products to this one customer segment… we could leverage all of that culinary and processing expertise and go offer similar high-quality products to more of the mid-and-lower market type customers that were not as badly impacted by the financial crisis. People are still eating out, they’re just not spending as much on food’.

“He looked at customers who were in that chain business segment or in the fast-casual segment, and they were still doing fine, so my father led the company to develop an entire line of marinated products utilizing our same culinary strengths and our same core capabilities.

“When we look back at the last seven or eight years, we’ve doubled the size of the company by essentially expanding our products into these new customer segments, taking those marinated proteins in those new categories. It wasn’t just a small idea, it was revolutionary in terms of the way the company was conducting its business.”

And Martin Preferred Foods, rather than looking to just be swallowed up by a multinational as many independent businesses in the food industry have been, is instead looking to continue the success that it’s had since it was founded back in 1944.

Tapick concludes: “As a family-owned and operated business, we’re taking the long-term view. We want to grow and grow responsibly. We’ve enjoyed great quick growth over the last seven years but now we want to make sure that we’re doing it in a way that ensures that we will be here for a long time to come.

“The perspective of our company is: for 73 years we’ve been doing something right, and we want to keep doing it right for at least another 73 years.” 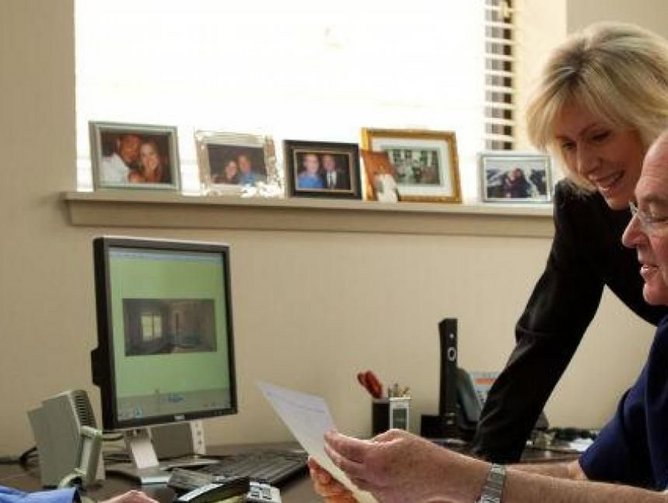 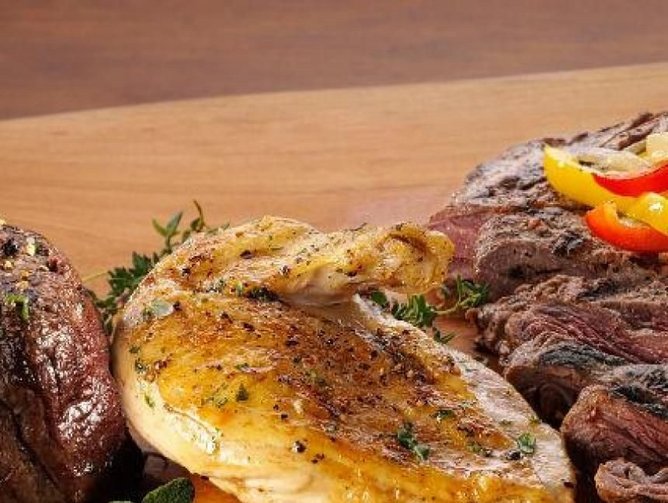 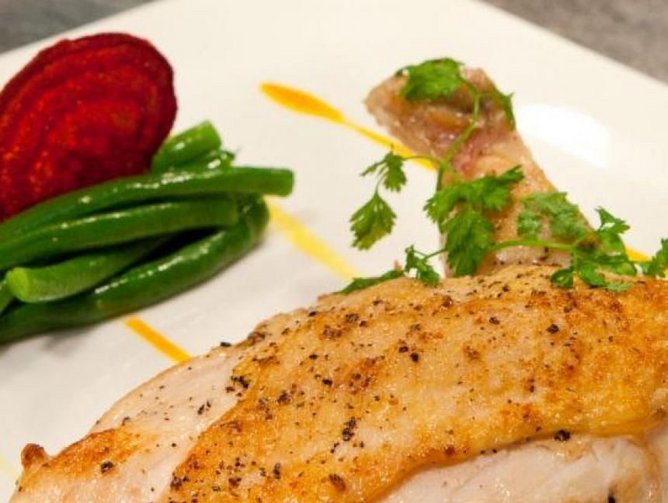 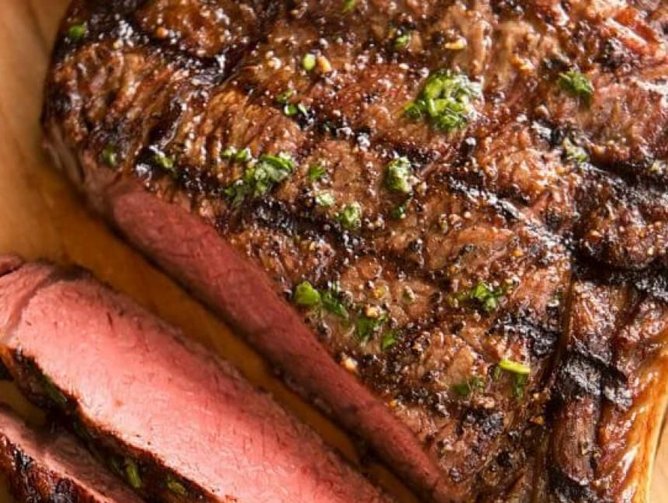 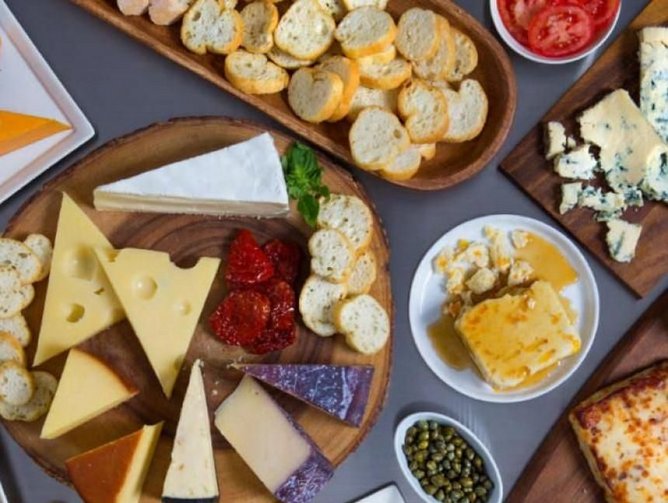