View Full Report
The City of Mississauga has been investing in smart infrastructure for over two decades. Now it’s one of the ICF’s Top7 cities. Where does it go from here?

The City of Mississauga’s Smart City Master Plan was endorsed in the summer of 2019. Two years on, the City is in the Intelligent Community Forum’s Top7 communities and city leaders are eyeing the top spot. As Canada’s sixth largest city, it’s a lofty aim, but based on a long history of looking forward, it doesn’t seem far-fetched.

Mississauga started building out its fibre network more than 20 years ago, as well as putting all of its services online and employing the skills of nascent cloud technologies. That bedrock has stood it in good stead since, with ongoing consultations and developments adding to the City’s impressive portfolio of infrastructural technology (it recently initiated a pilot of Public Safety Broadband Network LTE network for first responders, for instance, a pilot it hopes will roll out nationally).

Shawn Slack is the City’s Chief Information Officer. He puts the City’s progressive nature down to having a firm strategic direction. “Social and economic resilience is a key driver for smart cities right now,” he says. Given the events of the past 18 months, it’s no surprise that this is front and centre of the City’s aims. When COVID-19 hit, and communities faced stay-at-home orders, Mississauga was ready to adapt and refocus.

“I can give you an example on both the social and the economic side,” says Slack. “On the social side, teachers and students had to go home and learn from home. There’s a segment of the population that does not have the technology, that does not have broadband in their homes. So we donated laptops to the school system and increased our laptop lending. Students could sign them out for a whole school term. We increased our hotspot lending and really worked with the school boards to focus on families in need. And we added 200 additional public locations that had Wi-Fi. We had people coming to us to say they had lost contact with their family because the only option they had was in person.

“On the economic side, we worked with our Economic Development Office to really engage with small business. There were programs like Digital Main Street that were put in place to help small businesses adopt digital quickly, to gete-commercee in place quickly so they could compete and participate in an online world.”

Economic Development also set up a Microsoft Teams site to engage with industry by sector. “The intention was to create a digital forum because Economic Development could no longer go and have meetings and bring people together. So the MS Teams site became a collaboration platform for industry to access economic development and create business-to-business interactions. There was a lot of business growth in those sectors, so many businesses transformed and pivoted.”

But it’s not just about technology, Slack is clear on that. “This was about place making and city building. It was not about technology, although digital runs through it.” He describes visiting other cities for inspiration and to learn from others – Dublin in Ireland, Milton Keynes in the UK, Las Vegas in the US – benchmarking for success to “de-risk failure”.

“We were looking at Las Vegas and the autonomous vehicles and what’s happening down there and at the applicable use and the electrification of vehicles. In high heat, charging electric vehicles is a problem. And then in extreme cold retaining charge is a problem. We’ve benchmarked quite a few cities and we’ve held quite a few workshops in partnership with those cities to really get a sense of what the best practices are, how those apply here and have taken that into account when we’re designing and implementing technology in the City of Mississauga.”

Mississauga now has eyes on the top spot in the ICF list. “To be in the top seven is amazing, but I’m hopeful for Mississauga to make it to the top one spot,” says Slack. “I think you have to look at the context of the city and how it’s responded and how you tell that story.

“I can tell you we were one of the first 10 cities in the world to attain the Smart City ISO certification. These are all things that, from an economic development perspective, shine a light on the City being a leader and a great place to invest. We’re very strong from a sector perspective and from a small and large business perspective. Our economy is very strong. These are the types of things that help attract potential companies to relocate to Canada and to Mississauga.”

One of the City’s concrete demonstrations of its resilience was its response to the COVID-19 pandemic. Within two days of the stay-at-home order, City council meetings went fully virtual and livestreamed. “We didn’t miss one council meeting, because we were prepared – we’d already implemented Cisco Webex to minimize travel time for meetings,” Slack says. “So we pivoted: we were able to send all of our staff to work from home securely that day. And we’d adopted a laptop first mentality years ago so people basically just took their laptops home and connected securely and we were up and running right away.”

The City was also able to implement Zoom for virtual fitness quickly and use Front Desk to implement all City services based on appointments. Modifications like library curbside book pickup using Front Desk are “here to stay.” “It actually improves customer service and makes our ability to deliver the service more efficient because we can plan out service delivery as opposed to having one hundred people show up in line.” The City quickly moved all in-person services to the Front Desk solution by appointment to ensure staff and citizen safety and in turn improved productivity and customer service.

There were also legislative changes required to enable other services digitally. Courtrooms going online required a change in the law. It’s yet another example of life and technology meeting in the middle, a growing trend in everything the City of Mississauga considers. Cloud-connected defibrillators are another. The City’s buses now carry so much technology they have to be fitted with a second battery. “Just about everything you buy today comes with technology and connects,” Slack points out. “I would say our digital fabric has gotten so large that maintaining it and understanding it all is a large task. That’s why I think having that macro-level view of the city, through a Smart City Master Plan, really does help to optimise that. We look at the service objectives first, the technology piece comes second.”

Mississauga shows no signs of resting on its laurels either. There are currently two “significant” waterfront communities being built in the city: Brightwater, an approximate 75-acre development built on reclaimed oil land, and Lakeview, which is about 245 acres. “Those are both what we would call smart communities,” Slack says. “For the first time we’re heavily involved in the community master plan process to look at the technologies, to look at digital and figure out how we can do it as part of the build, as opposed to after the fact. We’re designing pole infrastructure to integrate both our fibre infrastructure and our Wi-Fi, plus the build-out of 5G and other technologies that are going to be in the community on the Lakeview development. We’re looking to implement things like vacuum waste, district energy, energy from waste. These are very early in the master planning process of the community where digital and innovation have become integral aspect.”

Slack finds himself in the unusual position of being a CIO who sits in on meetings with the lighting group, the utilities group, and design and planning. “We’re finding lots of opportunities to partner with post-secondary institutions and other agencies and through Economic Development. There’s lots of excitement about these two developments, but also lots of challenges because you want to make sure you’ll be proud of what you build a hundred years from now.”

When it comes to partnerships, the City of Mississauga, like most municipalities, has them by the dozen. SAP’s S4/HANA technology has been “a foundational shift” for the digital transformation. “We took what would traditionally have been heavy compute desktop technology and made it completely lightweight mobile. That meant leaders across the corporation had access to information and could process things like expenses, time off, paying invoices on a cell phone or remotely. The decision to go with S4/HANA was about getting ready to adopt new innovative features such as artificial intelligence, auditing, and compliance capabilities. The quality of the data is also important, and is going to enable better decision making. That was a great journey.”

Cisco too, is a key partner, helping the City of Mississauga to build out its IoT infrastructure. “When we created our living labs, which is in our business improvement area, Cisco helped with the engineering and understanding how to build district Wi-Fi. They were a big partner in that.

“Microsoft was actually a big partner in creating the Economic Development collaboration platform. An innovative way to engage the industry when meeting in person was not possible. Front Desk was a champion for us as well, and working with the City of Mississauga established them with a strong presence in Canada.”

Slack is under no illusion about how hard it is to run a modern city. Cities are complex because they're made up of many different services, whether it's transit, recreation, parks, economic development, or libraries. So I think it's understanding the broader context of a City and really what's important,” he says.

As Mississauga eyes the top spot in ICF’s listings, Slack, his colleagues, and partners are making it look easy 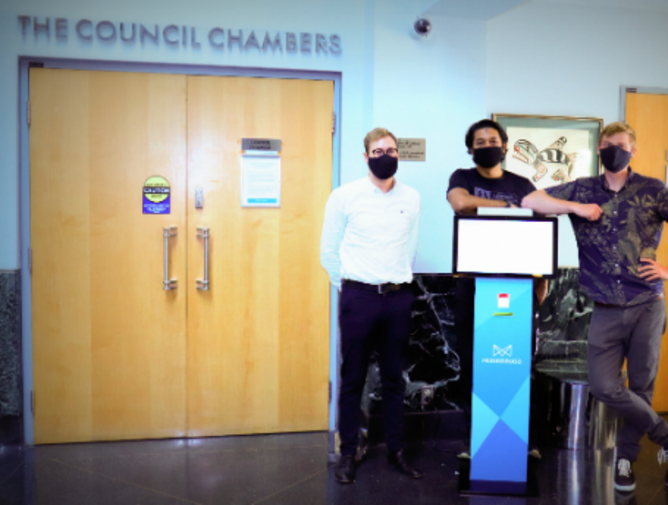 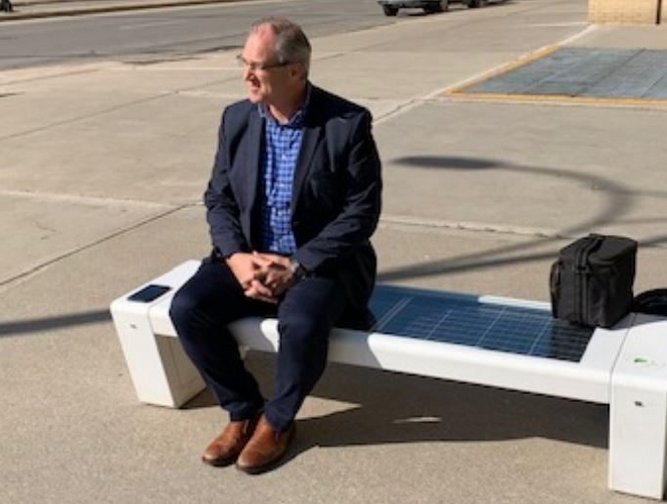