Formed in 1997 as a nonprofit organization, NCC Development has made a name for itself as a respectable general contracting company in Nunavut, Canada.  Clarence Synard, vice-president, started working for the company in 2005 when he came to the north for an anticipated 8 week project but ended up staying and continuing to work with the company.  He has now been working at NCC Development for 9 years.  Synard believes, “We’re more than a company; we've built a brand here in the north for the quality of work we do, the efficiency of doing that work and the strength of our team.”

One of the things that NCC Development prides itself on is that they aim for more than just the bottom line in their services.  Synard explains that, “We try to provide our clients with the best possible buildings and structures they can get.  We want to do projects that have impacts on different communities throughout the north, buildings that are going to be of importance to the community.”  NCC Development uses a design process that includes the client from the start to figure out what they can afford and what their needs are so that NCC Development can determine how they can make it happen.  Synard states, “I’d rather take 3% less on a project to see it go ahead then to dig my feet into the sand and wait for them to find some money.”  This dedication to meeting the client’s needs and working as a team with them for the greater good of the project is why people enjoy working with the company; it’s apparent that NCC Development is not just about the bottom line.  One of the reasons we are able to achieve this is we minimize our overhead.  We have only two employees on salary.  This helps reduce our operating expenses but also allows a better and more personable relationship with our clients.

Additionally, in efforts to keep the entire process simple and positive for the client, Synard goes above and beyond in delivering what he promises.  Often times with contractors, the price they originally quote has to be altered and increased by the end of the project.  However, when working with NCC Development, because so much time and dedication goes into the initial planning of the project, the company can confidently place orders and stand by their pricing through the completion of the project.

“We put so much work into the projects on the forefront that we don’t even go through a change order process because we have all of our ducks in a row at the beginning that there’s no surprises at the end for anyone,” Synard continues, “Even if it does come out more expensive than what we estimated, we absorb it in house because if we tell the client were going to build a project for 3 million, they’re going to spend only 3 million.”

Not only will NCC Development cover any additional costs of the project goes over budget, but they also do not charge interest on their invoices.  The focus is more on the north and the development of the infrastructure there rather than chasing the client for the money.  Synard states that “We protect ourselves financially too but the fact that we don’t apply any interest just goes to show what kind of a company we really are.  All we’re trying to do is build up the north and the infrastructure. I find that every significant project we do helps the north as a whole and helps it grow into something bigger and better.”  Synard is proud to state that at the end of a project, often times their relationship with a client is stronger than it was at the beginning because they made it such a simple and smooth experience throughout the process and this is what makes NCC Development stand apart from the competition.

Significant Projects for the Community

NCC Development strives to maximize Inuit participation and ensure that the projects they are building incorporate some history and meaning to the community.  The company is very dedicated to giving back to the community and keeping projects relevant to the northern culture, especially since parts of the Nunavut community have suffered because it was not Decentralized.  Many of the communities have been pushing for tourism in the area to bring in revenue.

One of the recently completed projects, the Qikiqtarjuag Gathering Center, was a 1.5 million dollar project created because the community wanted a place to be used as a visitor center.  The structure itself resembles an igloo and was built on the foundation of a previously constructed building.  The completion of the project left a strong impact on the community, as they are very proud now to have this structure that they can teach their children about their culture and also offer an interesting location for tourists.  Synard’s most defining moment of this project was speaking with the mayor of the community, who  had been waiting her whole life for a building like this is the community and when he brought her into the building for the first time, it brought tears of joy to her eyes.  She, along with the entire community, was proud to have such a prominent gathering center for the community at last.

Another significant building is the Kugluktuk Visitor Center, a 3 million dollar project built in the shape of an ulu, which is a traditional Inuit tool use and continue to in the kitchen today.  This project is a perfect example of how NCC Development goes above and beyond to deliver significant projects to the community.  This project originally came in over budget but Synard found a way to integrate services in the community to lower the costs for the project so that it could be within budget.  The grand opening of this visitor center is anticipated to take place in August of this year.

The Atuqtuarvik Corporation was 5.1 million dollar project, completed in March, consisting of the offices on the main floor and three apartments on the second floor for the managers of the corporation.  Planning played a large role in this project and almost all the materials needed, from doorknobs to flooring, had to be ordered almost 7 months prior to starting construction.  NCC Development is proud to announce that there were zero change orders needed for this, and in fact almost all, of their projects.

The NCC Warehouses, another project, currently in phase 3 of construction, that consists of several high quality warehouses.  These are the some of the most expensive warehouses to rent due to their strength and weather tolerance.  In fact, NCC Development uses two for storing temperature sensitive goods as well as our carpentry shop where they do custom millwork for various clients.  Phase 3 is expected to be completed this year.

In efforts to help the Inuit community preserve their archives of Inuit footage, a new IBC (Inuit Broadcasting Corporation) studio is being constructed.  The IBC decided they need a new location to store the footage about 4 years ago but the original drawing was too expensive.  That’s when NCC Development stepped in and worked out a new solution that still met the needed requirement of the IBC but was within a suitable budget.  This project is a great benefit to the entire north because the footage is so rare.  Synard explains that only two generations ago people lived on the land so footage of the Inuit ancestors is very limited.  NCC Development will be breaking ground on the project this month and is expected to be completed by December.

Though the projects that NCC Development builds may not be  the most expensive projects seen today, they hold a significance within the community that leaves employees proud to be a part of it and happy to go to work.  Synard states, “I believe in everything this company does.  I love how all this comes together and gives back to the community.  It makes a person feel good too knowing you have made a positive impact.” 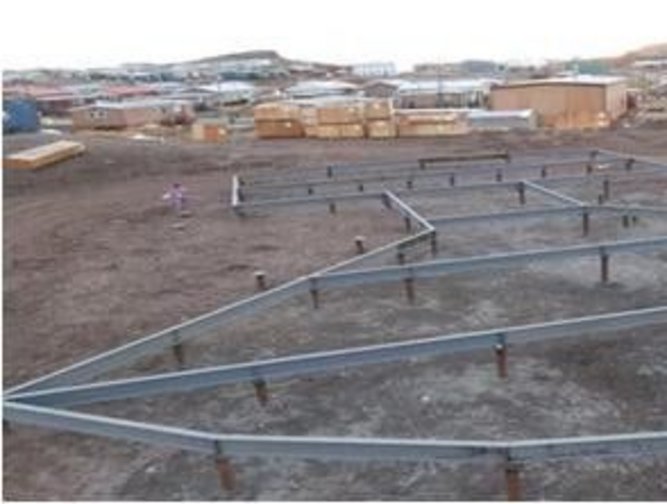 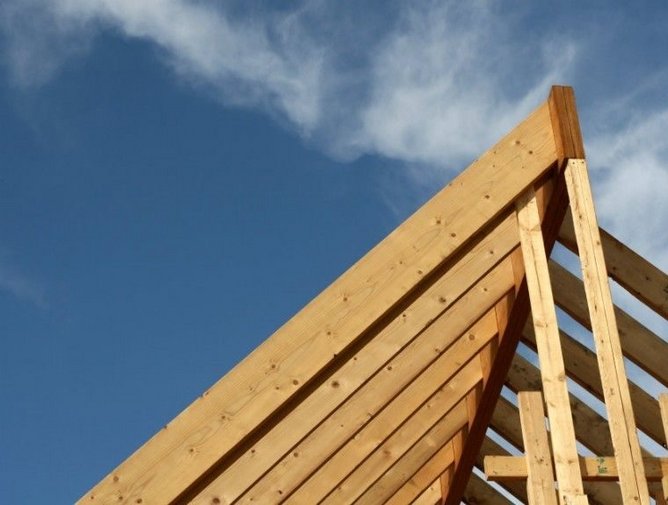 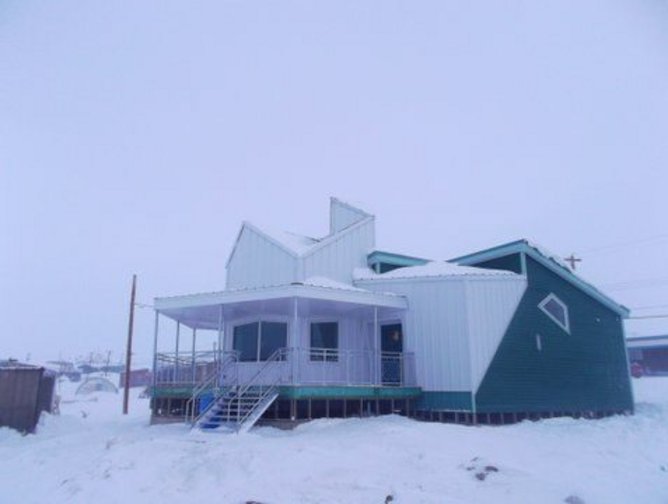 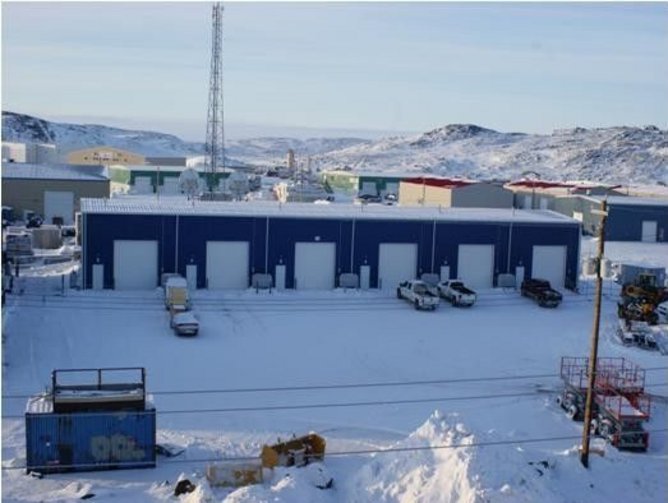 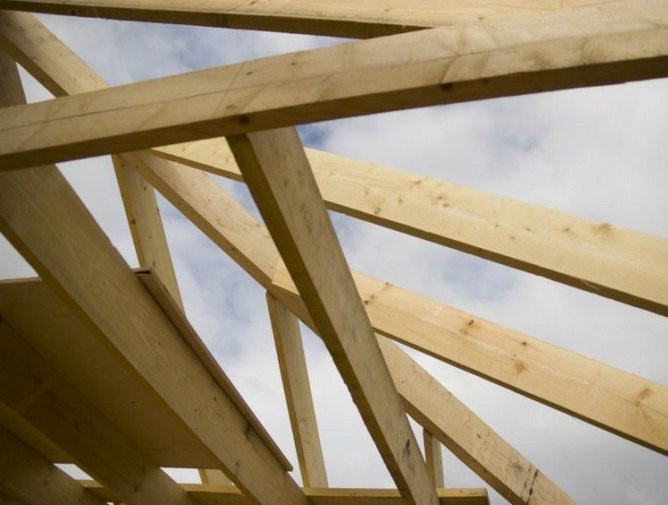