Founded in 1994 by Richard Wyman and David Thompson, Northern Cross (Yukon) Limited (NCY) set out to explore for and potentially develop oil and natural gas in the Yukon.  Operating as the only company of its kind in the Northern Yukon territory, the company commenced almost three years ago the most ambitious exploration program in fifty years in northern Yukon. This past winter, for the first time ever in the Yukon, a 3-D seismic program was conducted to further advance the geological understanding of the region.

Richard Wyman graduated from Queens University in Ontario with a degree in chemical engineering and has focused his degree in the oil and gas industry.  He has had the opportunity to gain knowledge in exploration, evaluation, reservoir management of producing properties, development planning of Northern resources and even analyzed equities for Canadian junior and senior oil and gas companies.   With his degree and multitude of experiences in this field, it is no surprise that he expanded his interest and co-founded NCY with David Thompson, a classmate at Queens, who has a similar background and interest.

The company is the owner and operator of three Significant Discovery Licenses, representing the only discovered petroleum and natural gas resources in northern Yukon.  NCY also holds an additional 1.3 million acres of exploration land, located in Northern Yukon on the Arctic circle, called the Eagle Plain.  Wyman explains that “in the last 20 years, since NCY was incorporated, the company has been undertaking a variety of exploration activities to establish a resource base that will hopefully someday result in commercial developments.” According to Wyman, they “haven’t quite got the resource mass yet to move toward a development but they’re getting there.”

So what actions are being taken to achieve these development goals? Assisting in the long term vision of resource development is the Chinese National Offshore Oil Company (CNOOC).  Three years ago, the CNOOC became a major shareholder with Northern Cross Yukon, thus allowing them to obtain the capital to move forward with the programs that can help the company identify new resources and increase the resource base.

Wyman explains that since CNOOC has become involved, “a preliminary phase of exploration drilling has been conducted, including four new wells, some reaching almost 3,400 meters measured depth”.  In addition to the new wells which provide modern data about the geology and the hydrocarbon system, Northern Cross Yukon has just conducted the first ever 3-D seismic program in the Eagle Plain to identify potential new resource areas for exploration and development.  This project is believed to be one of the largest 3-D programs in Canada this year and is covering an area of about 350 sq. kilometers.  It is certainly the largest 3D seismic survey in northern Canada this year.

Depending on what the seismic  data reveals about the resource opportunities at Eagle Plain , Northern Cross Yukon might establish sufficient resource mass during the next round of drilling to proceed to a phased development Because the Eagle Plain has a confirmed hydrocarbon system, there is a reasonable possibility  of  making one or more commercial discovery(ies) in Eagle Plain.  Also, NCY has a strong strategic position at Eagle Plain that suggests significant running room to repeat on any drilling success.

While having the financial capacity to undertake and a large exploration project in a remote, frontier setting is essential, it is equally helpful to be able to take advantage of modern technologies that were not available to the original explorers at Eagle Plain in the 1960’s.    The ability to drill directional and horizontal wells and undertake a 3D seismic program are expected to improve drilling outcomes and production performance.    Other techniques that have become mainstream practices elsewhere in North America, such as hydraulic fracture stimulation, may eventually have application in Eagle Plain though it is still early days to confirm this.   NCY is able to evaluate a broader range of geological settings using modern diagnostic tools that enhance the resource potential of the region.  The exploration program is investigating a variety of structural and stratigraphic play concepts that have shown merit in other sedimentary basins around the world.  The combination of all these factors gives NCY the encouragement to continue its ambitious program and hopefully satisfy the primary objective of establishing commercial production in the Eagle Plain area.

One of the challenges Northern Cross Yukon has faced is trying to maximize the value of old data from seismic and drilling activities conducted during the first major wave of exploration work at Eagle Plain between 1959 and 1972.  The other major challenge is working with a dataset that is at best pretty coarse.  Old 2D seismic lines are often 10 or more kilometres apart so there are large data holes in the basin.  Similarly, the legacy drilling totaled about 34 wells and most of them are between 10 and 50 kilometres apart so modeling the geology of the basin has had its challenges. With new data from recently drilled wells and the 3D seismic survey, we are progressively reducing the uncertainty of exploration and hopefully improving our chances of success.  Wyman’s anticipates that over the next three to five years, “the emphasis is going to be aimed at conventional resources, hopefully oil.  With the large land position, there is running room to build on any initial success. Though the anticipation and excitement of receiving and interpreting the seismic data is high, safety is still a crucial factor to Northern Cross Yukon for its employees. “Safety is a paramount concern for us and there are a lot of reasons for it but remoteness is probably the most important influence”. The Eagle Plain is located in a remote territory of the Yukon, making it a long drive to the nearest hospital. Only employees and contractors who demonstrate the upmost professionalism and safety record are considered for the job.

In the search for new employees, Northern Cross Yukon has not lost awareness of the surrounding territory and the local aboriginal communities and residences in the territories.  The company prides itself on maintaining positive relationships with the local First Nations and makes an effort to include them in the operations.  The relationships with local First Nations have been building for many years and Northern Cross Yukon is happy to help provide both business and employment opportunities to help meet economic development objectives of the region. 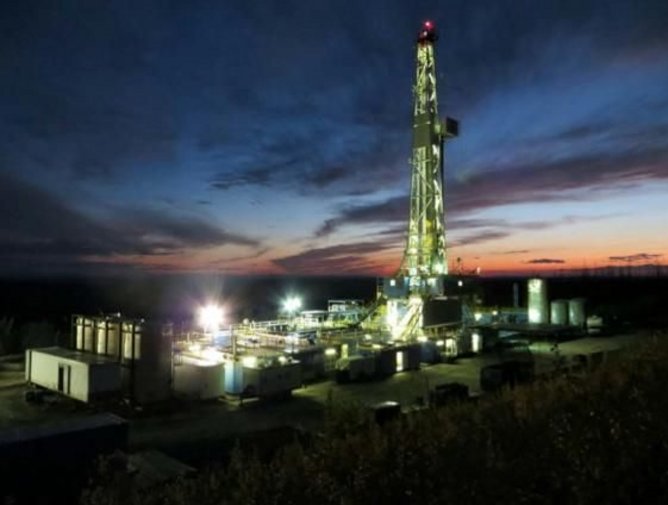 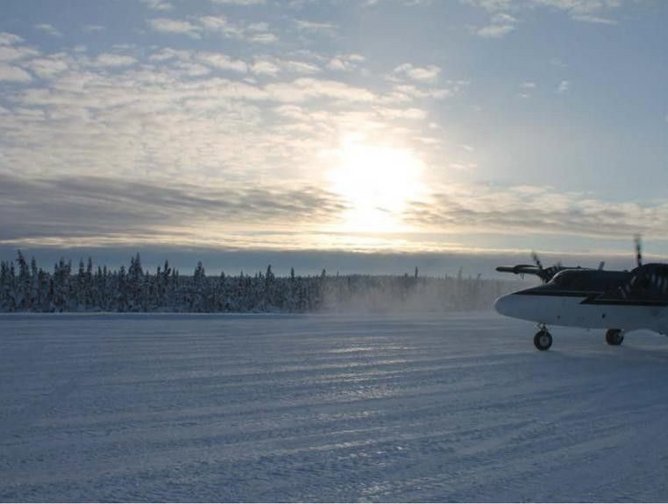 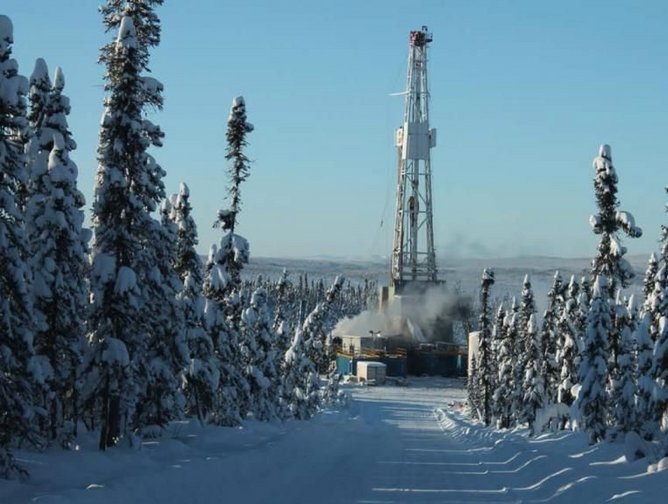 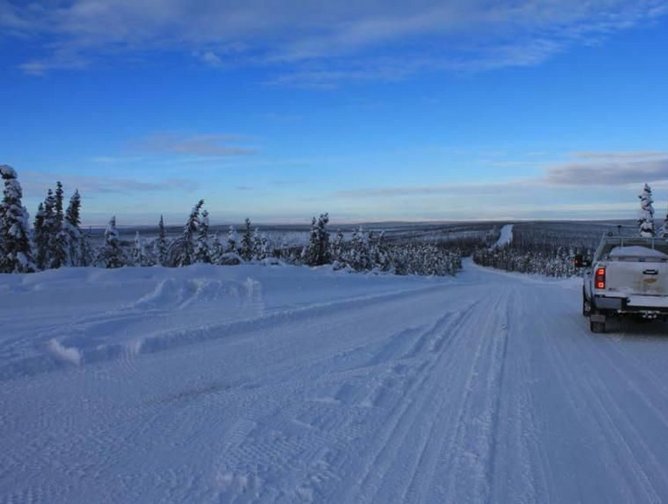 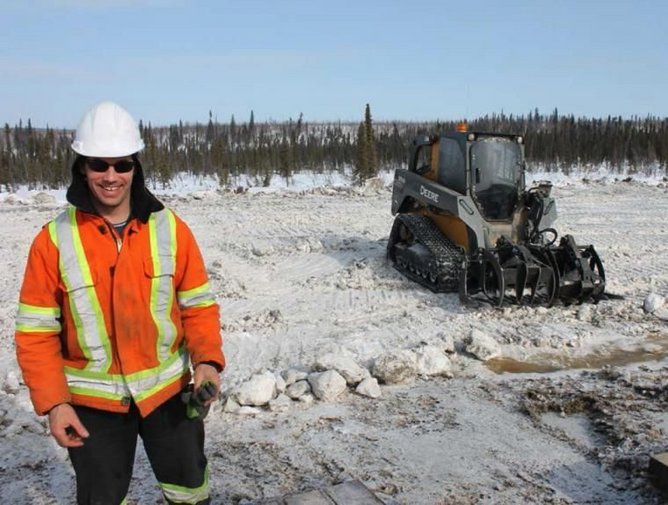 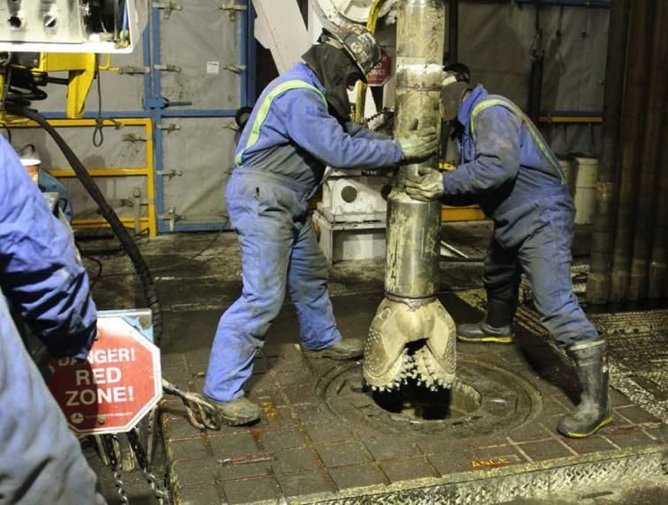