As communities and suburbs grow, infrastructure and utilities must be able to match and support that growth. In Georgia’s suburbs north of Atlanta, progress and population growth has led to gridlock and congestion along Interstates 75 and 575—known as Atlanta’s Northwest Corridor—particularly during rush hour traffic in the mornings and evenings. Recognizing this growing and untenable situation, the Georgia Department of Transportation (GDOT) began development on the Northwest Corridor Project (NWCP) to improve transportation options and provide relief to the 400,000 residents who drive these crowded highways every day. To take on the design-build-finance side of the project, GDOT has enlisted Northwest Express Roadbuilders—a joint venture project combining the skills and expertise or Archer Western and Hubbard Construction with Parsons Transportation as lead designer.

The Northwest Corridor Project is not a simple undertaking. The project consists of 40 bridges—the longest of these bridges standing at nearly 6,000 feet long—plus 110,000 feet of storm drainage and a mix of 63 different wall systems, featuring a roughly equal mix of concrete and asphalt paving.

“It’s really the first project of this kind and this size for the GDOT,” says Kevin Oswandel, Senior Project Manager for the Northwest Corridor Project. “They’ve never done something of this magnitude.”  The joint venture entity Northwest Express Roadbuilders was named as the chosen building and financing team of the project in 2013.

At the end of the project, the intended result will be toll roads managed by the State Road Tollway Authority (SRTA) through GDOT. “We build the entire infrastructure, then they will come in behind us and put up the cameras and the toll sensors and operate the toll systems,” says Oswandel. “Once we’re done, we don’t have a maintenance element: it’s strictly design build at that point.”

Easing the challenges of the daily commute

The solution that GDOT and Northwest Express Roadbuilders are applying to this problem is a relatively unique one: the reversible managed lane. The Northwest Corridor Project will be building two barrier-separated managed toll lanes on the west side of I-75, between I-285 and I-575. North of I-75 / 575 split, NWCP will add one reversible managed lane to the center median of both I-75 northward toward Hickory Grove Road, and along the I-575 northward to Sixes Road.

According to Oswandel, the toll lanes will be directed to carry southbound traffic from the suburbs into Downtown Atlanta in the morning. In the evening, the lanes will be reversed to carry  traffic heading northbound out of the city. While the southern section of the project will have two managed lanes, both will head in the same direction depending on time of day.

Some commuters are hesitant to traverse toll lanes, but Oswandel also points out that these managed lanes will not be taking away space from any pre-existing lanes along Interstate 75 or Interstate 575 — rather, they will be additions that will give drivers more space and more choices. “It’s basically to try to relieve congestion, and to give motorists an option,” he says. “We’re not doing anything with the general purpose lanes—those are staying just as they are. We’re not taking lanes away from general purpose, but this development will just give motorists the option of getting on the toll system if they want to.”

Meeting the challenges of construction

The $840 million Northwest Corridor Project is the largest infrastructure project in the history of the Georgia Department of Transportation, and such a large project always comes with challenges. The trick lies in meeting these challenges head on and overcoming them to meet project goals. According to Oswandel, GDOT and Northwest Express Roadbuilders are meeting the challenges presented by the Northwest Corridor Project through teamwork and communication.

“We have a pretty good partnership with the state, we meet regularly with them and we work through challenges,” says Oswandel. “This is innovative thinking-outside-the-box for Georgia DOT—working through the design process has been a little bit challenging, but they’re learning as well and it’s a good process. As far as our joint venture, it is a  fully integrated blend of two of the nation’s major highway construction companies. We don’t have certain portions of the project for one company or another: we have project management, engineering, and superintendents from both companies in every aspect of the work, basically functioning as one company. It’s a bit of an innovative approach.”

Finding success for all

At the moment, the Northwest Corridor Project is approximately 25 percent complete and on track for completion in 2018. As progress continues, GDOT and the Northwest Express Roadbuilders joint venture can continue to look ahead to what the future will hold.

“We have a lot of different individual goals,” says Oswandel, noting that success for Georgia on this project can also translate to success for Archer Western Contractors and Hubbard Construction Group further down the line. “This is a pilot project for them as well, and a successful project like this would lead to better opportunities for both the state and for our two companies. Atlanta’s got a lot of challenges in their road systems and their commutes, and this could be one of many that may come down the pipe. I think this project so far has been very successful and has shown that it can be the innovative way of constructing  work elsewhere in the city.”

The joint venture is also considering success of the projects in all its facets, examining the achievement of its many different goals and what true success means for this project. “It all depends on how you define success,” says Oswandel, who notes that strong training and workplace safety for his 450 staff and subcontractors is just as critical as every other piece of the puzzle. “Profitability, safety and success for the state as well as our subcontractors and suppliers—everybody needs to have a degree of success in the project for it to be truly successful.” 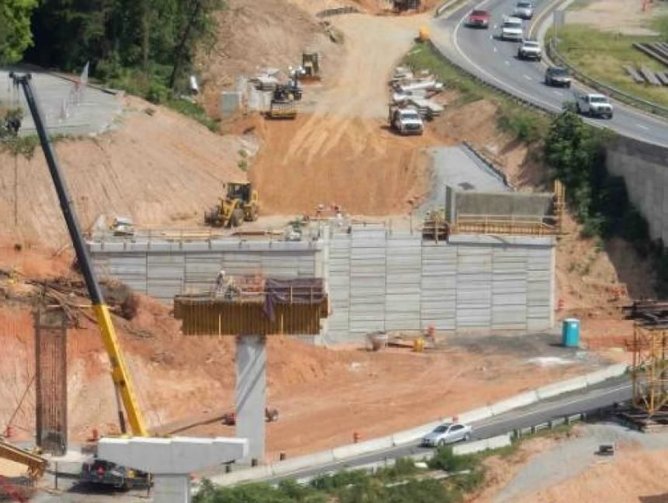 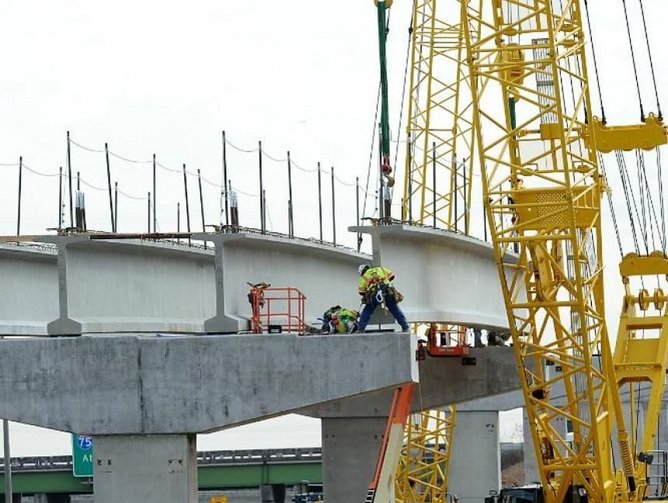 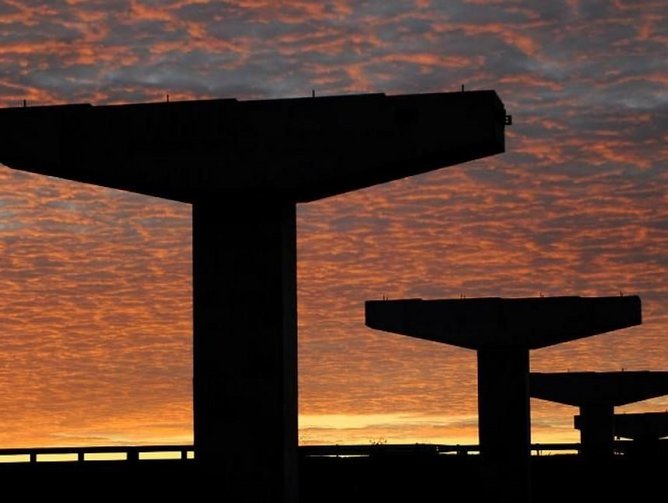 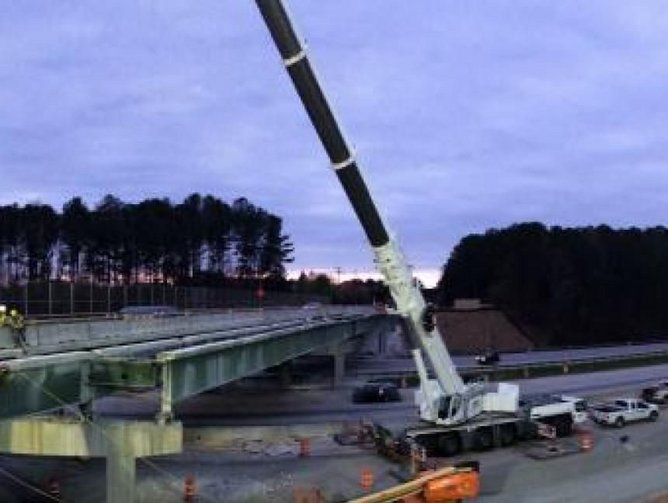 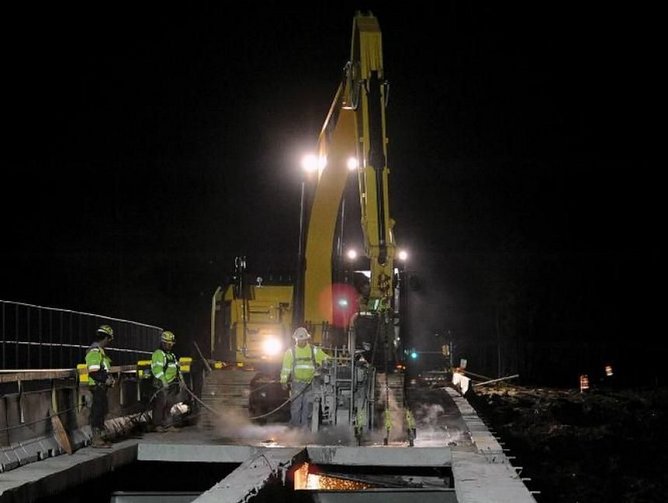 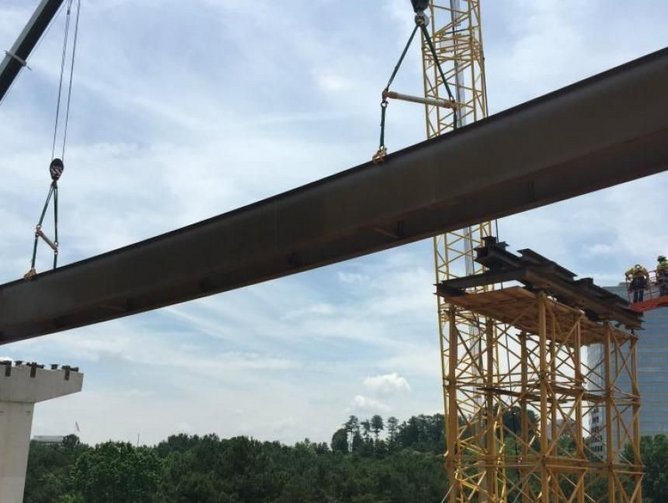