The City of Ocala’s Water Resources Department is over one hundred years old and in the early years began by modest means with manual labor, and hand dug and/or pulled a plow behind truck to begin to lay pipe and supply the increasing need for essential water and sewer utility services. In the early 1900’s Ocala bought out a private water company, developed its own power company and in 1949 built its first wastewater treatment facility to meet the increasing needs of the growing community. Ocala currently is in the master planning stages of what will the needs be in the future and how will it overcome those with limited funding resources, increasing regulatory requirements and a community that feels an economic impact. One option is a comprehensive plan that looks at the utility as one environmental engine that strives for a holistic approach by upgrading treatment systems so that they are more efficient, have less of an energy use footprint, and are still able to supply the same demand but at a lower cost and is better option for both the business and the environment.

Ed Earnest, Water Resources Engineer, discusses the most recent project Ocala Utilities has been working on and what the plans are for the future to bring all three Ocala Utility Wastewater Reclamation Facility locations up to the state’s new regulatory requirements.    Earnest graduated from University of South Florida with a bachelor of science in civil engineering and began working for with City of Ocala for twenty six years ago.

Ocala Utility Services prides itself on providing high quality and 100% recycled wastewater to the community and in 2008 they were able to reach 100% recycled “AA” bio-solids as well.  The city had in the past used Land application of class “B” Biosolids, however in 2003 the city contracted with a company to build a dryer facility at one of its wastewater treatment facilities, that uses an indirect drying process to reduce moisture and kill pathogenic organisms, and then contracts with a company called “Nutri-Source” to a distribute the “AA” Biosolids to the agriculture market for fertilizer.  In 2008, they had their other two facilities set up to route to this facility so that everything is being recycled 100%.

Earnest explains, "We're 100% re-use on our water and 100% on our Bio-solids.  Basically in waste water, after the treatment you separate the water from the solids so you have reclaimed water and you have what we call bio-solids and we're able to recycle our reclaimed water 100% meaning we put it back on the ground at golf courses, baseball fields soccer complexes, and parks and a few residential re-use areas.  The Bio-solids we actually treat to “AA” standards and we're able to sell it to a fertilize company.  Any water that comes through the treatment plant we're able to recycle 100% so we don’t waste anything."

Now that the waste water Ocala Water Resources produces is 100% recycled, the new goal is to focus on spring protection and the removal of nitrogen from wastewater.  Ocala Water Resources  has (3) three Wastewater Reclamation Facilities (WRFs) and though WRF #3 was built  in 2003, with some modifications in 2012, it can remove nitrogen down to the level of AWT standards that the state approves of, the other two WRFs do not.    This prompted Ocala Utilities’ current project to convert WRF #2, a 6.5 million gallons per day facility, into a location that also removes nitrogen at a level that meets the state requirements.

Ocala Water Resources reached out to a company called OVIVO, who originally assisted in the design of WRF #3, to confirm if WRF #2 could also be modified to remove nitrogen.  OVIVO evaluated the plant and determined that it could be altered to remove nitrogen, and not only that, they could do it without having to build a new treatment system, which had been made by a previous engineering firm working with the city.

"We started working with [OVIVO] directly and put together this project and we’re able to save over a million dollars in design services by doing it in house and by converting the existing basins to a “hot-dog” type Carrousel treatment design.  Our consulting engineers were estimating a cost of around $18 million to do everything and when the project went out to bid it came back in at approximately $10.5 million, so we were able to save about $8 million by converting our existing basins and using the concrete basins that we now have, and just modifying them to incorporate the new design,” says Earnest.

In addition to saving money by modifying  the existing basins, the St. John’s River Water Management District (SJRWMD), the Florida Department of Environmental Protection (FDEP) and the State of Florida have also contributed to the funding, further reducing the cost to the rate payer.   Earnest is happy to announce that, “We were able to get 31% grant from SJRWMD and DEP, along with the state granting the city an additional $750,000 toward the project costs.  We’ve received approximately $4 million through grants so instead of costing the tax payers $10 million out of our reserves to fund the project, it’s going to cost us around $6 million.”

Ocala Water Resources awarded the project to Brandes Design Build on May 6, 2014, and commenced construction on June 9, 2014.  The project is predicted to be 535 days of construction and is expected to be completed by November 26, 2015.

Once WRF #2 is completed, the near future goal will then be to take WRF #1 offline, as it was built in 1949 and is an outdated facility, and reverse the flows so that all flows are going through WRFs #2 and #3 so that all the water flowing through Ocala Water Resources wastewater treatment facilities will have nitrogen removed to the level of AWT that the state approves of, and will be required to reduce nitrogen loading for Springs protection.

Designs are also currently in the planning horizon  to expand WRF #3 and expand that facility from a design capacity of 4 million gallons per day to design capacity of 8 million gallons per day which will assist in maintaining current total treatment capacity when WRF #1 goes off-line and will add some additional capacity for future growth.    Just as was done for the current WRF #2 treatment facility improvement project, when the design has been completed, Ocala Water Resources  will try to reduce costs and  applying for any available grants to help with the funding. 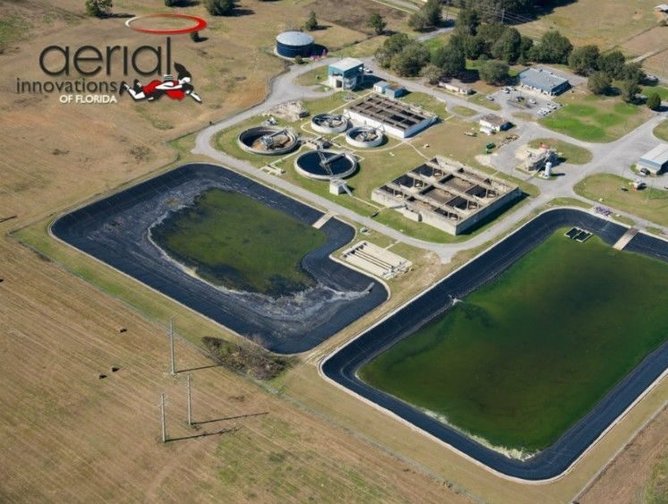 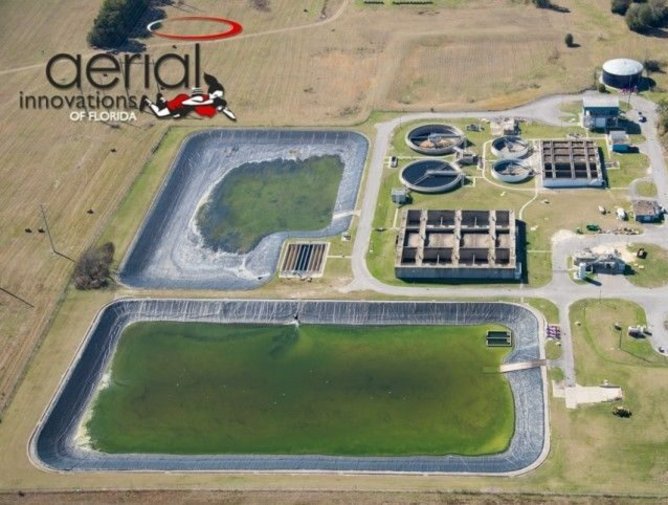 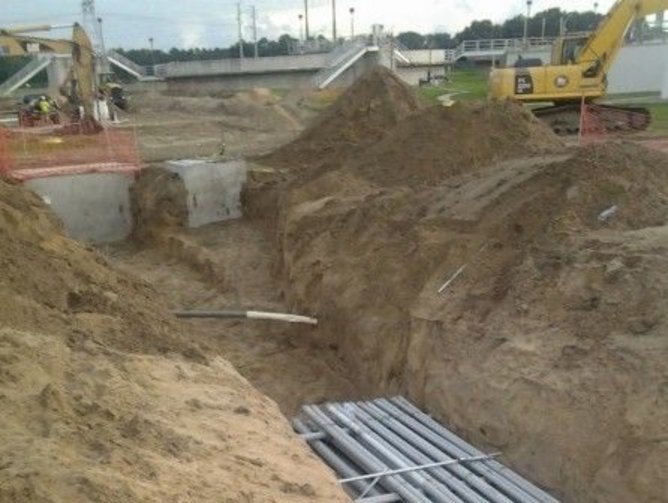 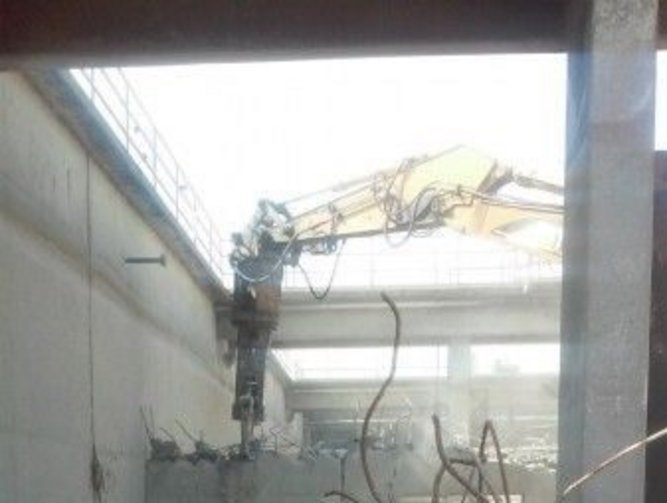 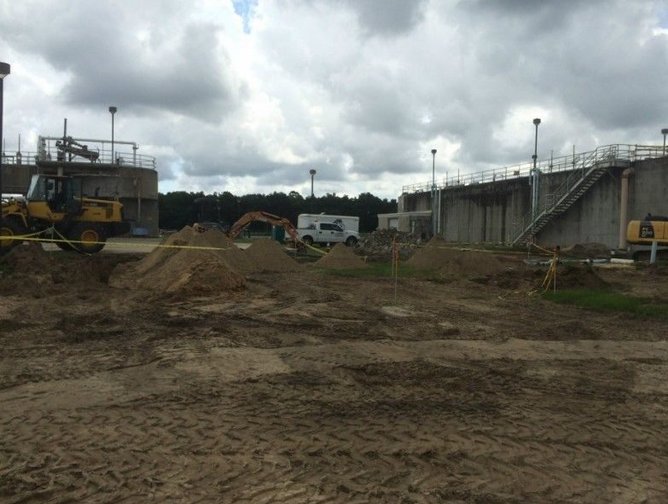