The Canadian healthcare industry in particular is witnessing a significant shift. Up to 770,000 Canadians are now over 85 years old, a figure which keeps growing year-on-year, placing increased demands on current services. Since 2015, it has been reported that there are now more people aged over 65 years in the country than children under 14 years. This changing demographic has led to an increased demand for home care and community led services, as well as the need for technology to play a central role in how care is delivered now and in the future.

Noting that tech-savvy Baby Boomers will be the next key generation to retire, healthcare providers and homecare services are looking at new ways to transform present service offerings and embrace new digital tools, which will guarantee that the consumer, resident or patient will be at the forefront of all care delivered, whether in an acute or homecare setting.

Established in 2014, Pacific Reach Properties & Retirement Concepts has steadily grown across Western Canada. Managing 25 care homes, the company also houses seven hotels under its umbrella, as well as commercial real estate and multi-family homes. Its growth over the last few years is impressive, but Jason Gomes, Pacific Reach’s Director of Information Technology, explains that its objective to deliver exceptional service, as well as its investment in personalised, digital tools, has been essential to its ongoing growth.

“We have a lot of residents now that are more technologically aware. There are a lot of Baby Boomers coming in, where a lot of them bring their own devices,” he adds.

Managing the digital transformation of both Pacific Reach’s retirement and hotel division, Gomes has introduced technologies, some of which, although small, have made a significant impact on users lives.

He says: “When I was originally hired, one of the first questions I asked the ownership was ‘if you were not owners and you were potential residents what would you look for in technology?’

“It was very interesting to see their reaction because they hadn't thought of it that way. From something as simple as wi-fi, to electronic medication management, to things that will help the residents in the long-term, that makes such a big impact and difference right off the bat.”

Whilst looking at Pacific’s Virtual Desktop Infrastructure (VDI) deployments from VMware, Gomes noted that the company would be unable to scale in alignment with business growth. Rebuilding Pacific’s technology backbone, encompassing the removal of all assets from its data centre and starting from scratch, the company has utilised Dell Technologies, and replicated all its assets to a separate site. Throughout its transformation, Dell technology has been embedded and replicated to a separate site, enabling the business to adopt a disaster recovery (DR) strategy and strengthen its security across the board.

“We’re now scalable and have seen no slowdowns or issues,” comments Gomes. “As we bring in new facilities, we're able to quickly ramp sites up with a concept I built called “RC in a box.” We can deploy a fully tested solution which includes, the Zero Client VDI hardware, monitors, printers, firewall, switches and wireless infrastructure.

“Being able to change the centre into a more state-of-the-art center, we're able to scale very quickly. It's made a huge difference.”

The company has also worked to embed wireless technology within every facility under its umbrella in order to cater towards a growing resident and guest demand.

“You definitely have to be cognizant of any type of brand standard when you put in a new technology –  anything from the guest computers or the business areas to the wi-fi,” adds Gomes.

This strategy has also led to the revamp of Pacific Reach’s teleconference, internet lines, and telecom and mobility capabilities, all completed through a number of various partnerships. However, in order to drive down cost savings, in one area alone Gomes has worked to consolidate Pacific Reach’s partners by half, saving up to CA$750,000 in the process.

Across its entire portfolio, Pacific has worked to embed both resident and guest focused technologies across its operations, where both its hotel and retirement division are guaranteed to cater towards delivering exceptional services.

“We’ve got to be at the forefront. We have to make sure our wireless is top of the line and our backend is solid. We want to make sure the guest experience is the best it's going to be,” advises Gomes.

“There's so many facets, even the way in which residents and guests connect. Is it a chargeable thing for the room or is it a free Wi-Fi? How do we limit it? Do they want to have tiered wi-fi, or do they want to have a standard? There's a lot of things like that we have to factor in. I think that it's a good transition from the retirement side as well as into the hotel because you have a better understanding to what people want.

“We are now looking at implementing more technology for residents, such as front-end kiosks where you've got a directory, which is a touchscreen and interactive. We are also bringing in guest computers for residents with Skype capabilities as well as making it easier to plan their day by introducing digital signage”

Pacific’s digital transformation has also impacted its healthcare services when supporting residents at its facilities. From outstanding medical documentation, to the transformation of its nurse call systems to become completely location based, residents are now seen quicker; the safety of residents has increased and any incidents are managed effectively by registered and Licensed Practical Nurses (LPNs).

“When we first started, if a patient fell, staff would assume the resident was in their room, when in fact they could have been on the first floor. We have now changed that technology to be more location-based, and this standardisation has also allowed for reduced interference across the line,” says Gomes. “I feel that the technology we've been putting in is having a significant impact on ensuring the residents’ safety and security.

“Another thing we've really standardised was changing out all our cameras. We've gone to Avigilon Systems, where we're able to put higher resolution cameras in so we can detect falls, monitor residents and have that layer of safety and security that makes everyone more comfortable,” he continues.

“We've been working with a couple of companies so that we can predict with analytics when a person may fall or if someone is prone to falling. We can then say, ‘okay, well, based on this, we think this person will have a fall when they get out of bed at two in the morning or they'll fall at four o'clock in the afternoon because they've done that seven times this last month.’ Nursing staff can now take a look and they can keep an eye on that person around that time.

“Reporting, analytics and technology keeps evolving and we keep moving with them. I think that resident safety and care will only benefit in the long-term.”

However, with the number of cyberattacks on healthcare companies, Pacific Reach is taking no chances surrounding the protection of resident data, and works with a number of security companies to ensure it remains ahead of the curve.

“It's always a challenge to make sure the technology keeps apace with what's out there for healthcare, staying at the forefront of things. You don't want to be behind the eight-ball,” observes Gomes. “We want to always be in the forefront and be a leader in the field, and a leader of technology rather than a follower. If there's a new technology that definitely makes sense, we definitely evaluate it.”

Strengthening relationships with partners has therefore been crucial for Pacific Reach, particularly in the building of future projects, facilities or technologies to better support its residents and guests.

“Working with partners and building that relationship to say, ‘we'd be happy to work with you and give you the business, but you need to work with us on the pricing as well as the quality of gear and the installation’. And having that give and take relationship and being able to consistently keep each other in the loop has made a huge difference as well,” Gomes says.

An edge above the rest

Pacific Reach will continue to look at further opportunities for expansion, looking out for key trends within its hotel division, on top of its residential offering. Never resting on its laurels, the company maintains an astute awareness that its growth and digital offering go hand-in-hand, which will see it remain a leader in the field.

“We have a very good product. I think it ends up coming down to really providing the best for everybody, but at a better price that's not going to break the bank,” concludes Gomes. 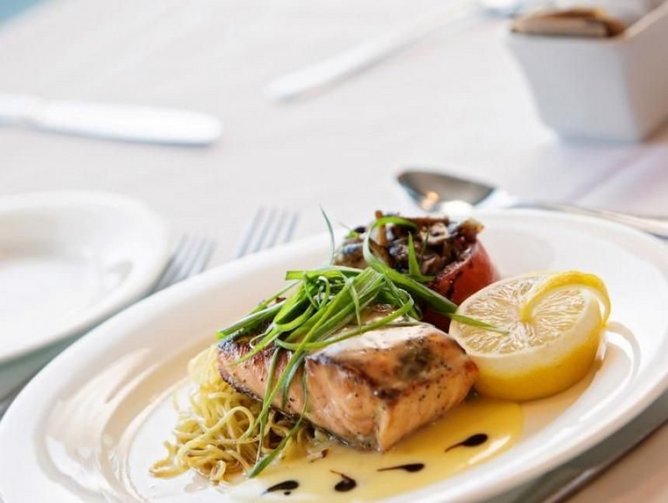 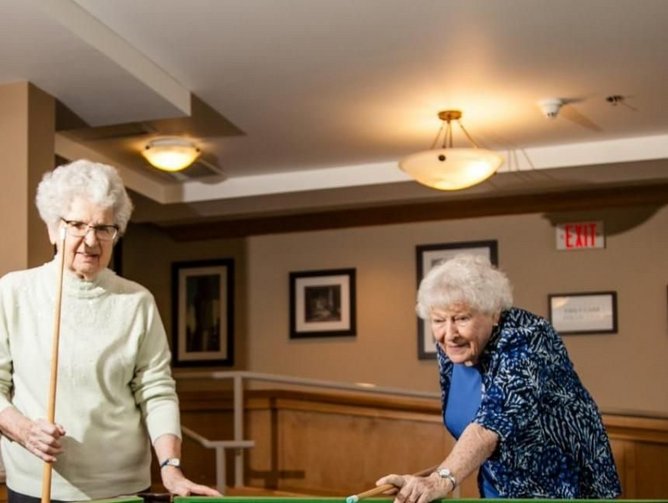 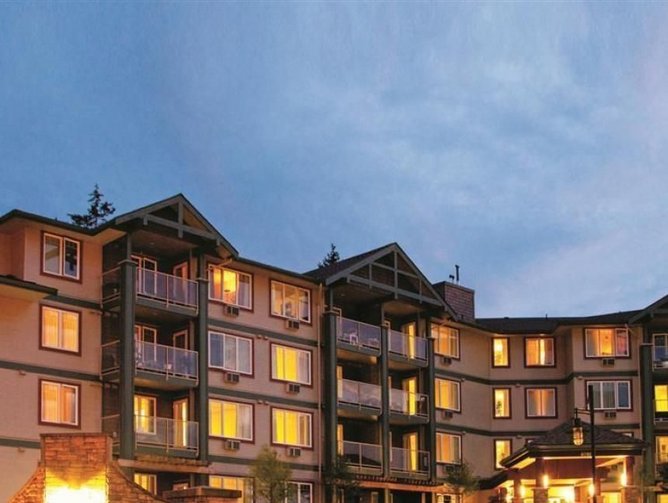 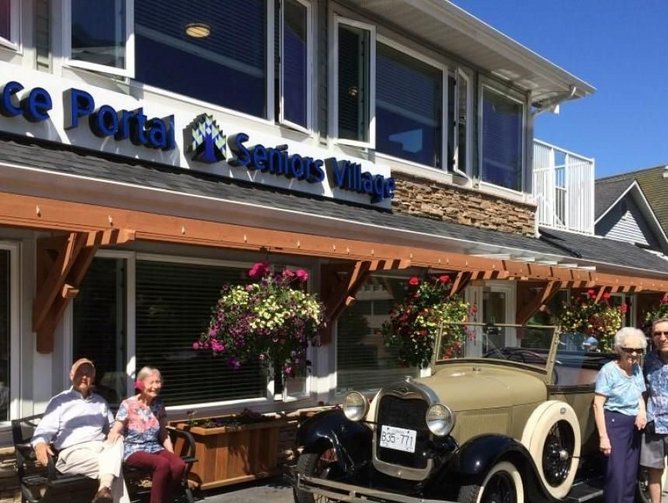 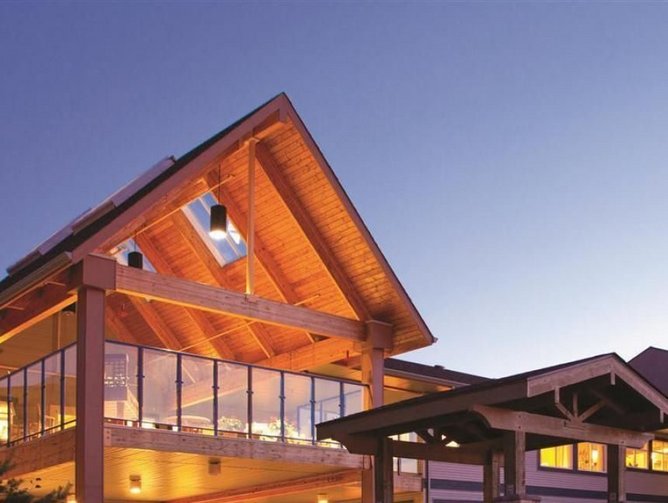