Pemex, technology and the 2017-2021 Business Plan: An interview with CIO Rodrigo Becerra Mizuno

Having operated under a monopolised umbrella for 75 years, President Enrique Peña Nieto signed a momentous energy reform bill which opened up the country’s largest revenue-generating sector to private competition.

For national oil and gas giant Petróleos Mexicanos (Pemex), this signalled a huge about-turn, an overnight change of course not witnessed since its formation in 1938.

A massive transformation was required, from a company operating as a monopoly to one that can stand up to competitors. Once charged with delivering hydrocarbon energy across the whole of Mexico at whatever the cost, Pemex is now focused on efficiency, profitability and long-term survival.

It was the enormity of this challenge which lured Corporate Director and CIO Rodrigo Becerra Mizuno away from a decade of servitude at Microsoft.

“I thought this would be the biggest professional challenge of my career,” he recalls, “so when CEO at the time Jose Antonio González Anaya invited me, I was extremely excited. I knew technology would be at the forefront of this transformation.

“On top of this, Pemex is the largest company in Mexico and one of the largest in the world.”

The numbers back this up. As the eighth largest oil producer and drilling company in the world, Pemex’s $52bn revenue is equivalent to the entire GDP of Uruguay. It generates 2.5mn barrels of oil and 6mn cubic feet of natural gas a day, delivering this to over 11,000 service stations in Mexico and abroad via 83 land and sea terminals. From exploration, production and refining to logistics and marketing, Pemex covers the entire value chain.

Technology and the road to profit

While the enormity and scope of operations no doubt presents a competitive advantage over new entrants to the market, it exemplifies the challenge Becerra Mizuno and the Pemex leadership are facing.

The 56-page 2017-2021 Business Plan signposts Pemex’s road to profitability, and notably sets a target to achieve financial balance in 2019/2020. Technology will be crucial to realising this ambition.

“If certain markets we are serving are not profitable, we don't have to operate in them anymore,” Becerra Mizuno says. “In that case, we have to make better decisions with the information or the data that we have. That's where technology plays a major role, because it can streamline our operations and create a better more profitable and safer environment.”

Brief set, what did the technology landscape look like when Becerra Mizuno arrived in September 2016?

“I found that Pemex had a large amount of technology infrastructure. They own it, they develop it, they construct it, they deploy it. Everything was done in-house. I said to myself, we need to change.”

Much of this sprawling infrastructure owes its existence to a self-built telco network, the second private largest in the whole country, which includes 130,000 phone lines and 10 data centres. Pemex was founded nine years before Mexico’s national telecoms company Telmex, and hence had to build its own communications capability from scratch. There was a time when people who worked for Pemex had two telephones at home: one from Pemex and the other one from Telmex.

“They got used to building their own technology infrastructure from the bottom up,” Becerra Mizuno says, “and they used to do it extremely well. But the world changed, and there are people that can do it better, because they specialise on that.”

Privatisation of these telco assets has proven vital in simplifying Pemex’s technological landscape, which Becerra Mizuno stresses needed streamlining with a degree of urgency. “We needed to kickstart this immediately because we are working on the political clock, so we had to hit the ground running.”

Becerra Mizuno is referring to upcoming presidential elections which, depending on the result, could signal further reform at Pemex. The need to demonstrate the viability of the 2017-2021 Business Plan to any incumbent administration, and indeed the Mexican public, is therefore paramount.

Tangible progress has already been made. According to Becerra Mizuno, $50mn of savings have already been realised through strategic moves such as telco asset stripping, and by the end of the year Pemex will be relieved of its data centre management burden, instead operating on a hybrid cloud model and paying on demand for what it uses.

Becerra Mizuno also points to a shift in spending priorities. “When I arrived, our budget was 90% focused on investment, 10% on operational excellence. That means that 90% of things we did here with our budget was purchasing, which is how we arrived at this point where we have amassed a large amount of infrastructure.”

“This year, we're shifting that mix to 70% opex, 30% capex. We're still not done, but we have changed the way we're doing business now. We're hiring service, not buying it.” The CIO points to the influence of both CEOs he has worked under – Jose Antonio González Anaya and now Carlos Treviño Medina. Without their leadership, much of this change would not have materialised.

This shift in priorities is better demonstrated by the recent Pemex Drive event, which invited key industry stakeholders to learn about the company’s new technology-driven strategy. “We also wanted to create excitement around the company, which had been lost. It's only now been revived by this and many other factors as well, including the efforts of the CEO.”

Touting potential partners was also a key objective at Pemex Drive. Indeed, a major facet of the 2017-2021 Business Plan involves the creation of joint ventures along the company’s entire value chain as a mechanism to increase investment and efficiency.

One example of this in action is a software factory developed with French consulting giant Capgemini. Based on mutual incentives such as delivering cost savings for one another, this initiative has already helped Pemex to begin cutting the sprawling number of costly applications embedded throughout its operations. By carefully identifying which processes could either be outsourced, merged or removed entirely, Becerra Mizuno hopes to cut 800 line of business applications down to 200-250, which even by his admission is still high.

Accenture is another company helping Pemex to develop a digital ecosystem based on mutual benefit, while Microsoft and Emerson Work Services are helping deliver important work regarding migration of applications and processes to the cloud.

Longstanding partnerships have also been redefined, such as the one with SAP. Having utilised SAP’s oil and gas expertise for more than 50 years, Becerra Mizuno explains how this venture has evolved to provide all important flexibility to Pemex.

“We have established a new partnership with them, where it's not only them charging for their licenses or their service, but it's also on a pay-as-you-use scheme on some of their modules, especially the oil and gas modules. Before, we had to pay for these no matter what, but we can now take into account peaks and troughs.”

Becerra Mizuno further highlights an increasing number of pilot projects being initiated with suppliers in a bid to uncover the next game-changing solution. Typically lasting eight to 12 weeks across all business units, these programmes are helping convert vendors and suppliers into true partners which build solutions tailored to Pemex’s priorities.

“I'll give you a small example,” Becerra Mizuno says. “In the refining process, one of the things that affects us the most is unprogrammed outages, because of the resultant maintenance. So, we're working with Baker Hughes, part of GE, to create a pilot around these. The idea is that we can create savings, which will increase the value of the partnership to both parties. We're not just buying sensors from them or their software, we're doing things in a mutually beneficial way.”

Pemex is not just embracing innovation with its partners. Internally, something of a cultural revolution is underway.

This is no minor undertaking for Becerra Mizuno, who is responsible for around 3,000 employees spanning engineers, consultants and decision makers, many of whom are from an older generation and more cautious about new technologies.

“How do I get an aging work force to adopt new things?” he asks. “That's usually very difficult. We have to see that becoming digital was largely about a new mindset. It's a radical change in the way we do things – we’ve run a tonne of programmes to get people who have not used technology to embrace it.”

An initiative which has fostered innovation internally is Idea Lab, which allows employees at all levels to submit pitches in a venture capital style, progressing through various rounds until a winner is chosen and their idea funded.

Harnessing innovation by attracting new talent is altogether a different challenge, especially when it comes to luring younger, tech-savvy recruits into oil and gas.

Partnerships with educational institutions like Mexico City’s Tec de Monterrey will help to bridge this gap. Pemex Drive was hosted on one of its campuses, and Becerra Mizuno says Pemex is working closely with the university to develop interest in oil and gas IT careers.

He cites his own example of leaving a private technology giant for a public-sector oil and gas firm. “When I was at Microsoft, it was an extremely optimised company, so the things that I was able to do were very narrow. They were perfect, but they were narrow.

“At Pemex, there's so much to do, and we need so much help. If you're someone that is ambitious, that is young and can see the silver lining coming to work for us, it's the perfect place. That story has not been told or communicated yet – we're seen as a monolithic company and what we're trying to show is a different kind of Pemex. We're open, we're looking for talent, we're looking for young people, and we're going to give them the opportunity to develop their skills.”

Both from a cultural and implementation point of view, Pemex is beginning to make strides, evidenced by the fact that Becerra Mizuno has been recognised as a top 100 CIO in Mexico and a HITEC-50 2018 Award winner.

“I think success is something that you share,” he says. “It's something that you can't do alone. I'm very fortunate to have the people that I have around me. The most important thing for me has been the support of the two CEOs that I've had the pleasure to work with. The current CEO Carlos Trevino is so open, so dynamic and so supportive of what we do. He is really the transformation CEO for us.”

But what about the path in front of Pemex and Becerra Mizuno? For the CIO, three important targets and ambitions remain.

“The first thing is to deliver the things that we said we would deliver. To make sure that we overdeliver what we have promised and that we meet the expectations that we have set for the team and for the technology department of Pemex.

“The second thing for us is, as you know, we have a big transition coming with a new administration coming in December. I would love to see a lot of the building blocks and the strategies that we have implemented become lasting. Pemex is going in the right direction, which has been validated by many experts.

“The third big piece is to make sure the people in the team continue to believe that there are good things coming ahead, that they continue to be motivated, so the momentum continues whether I'm here or not. That's the most important thing for me.” 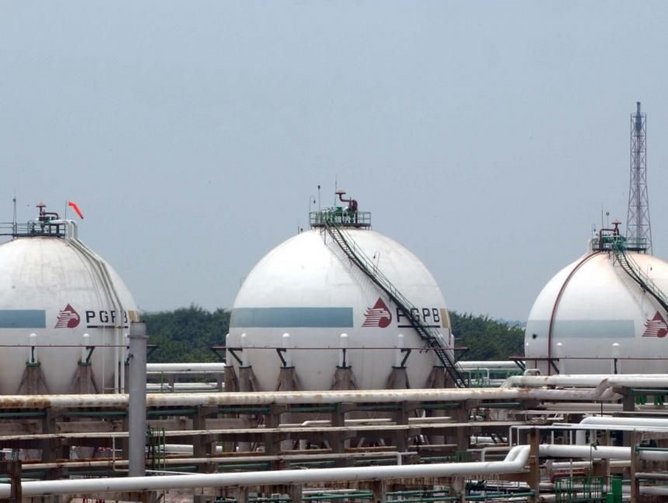 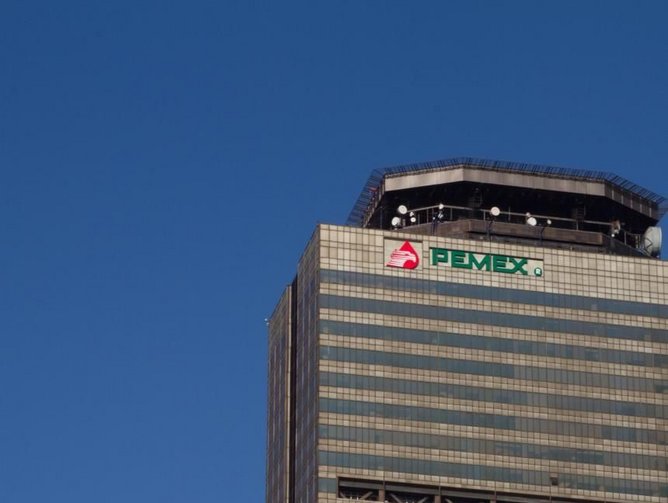 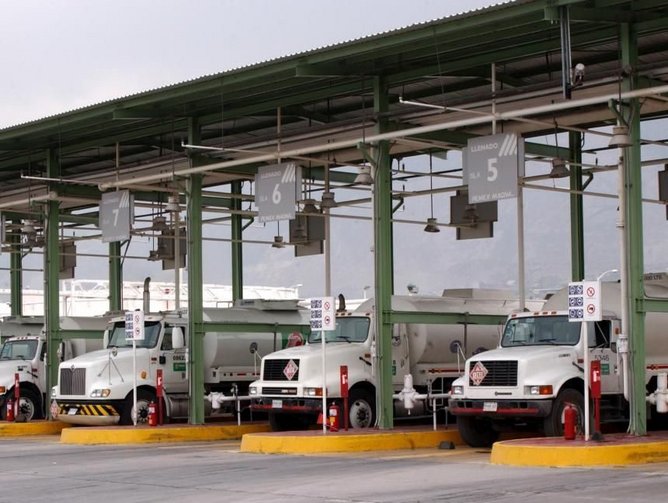 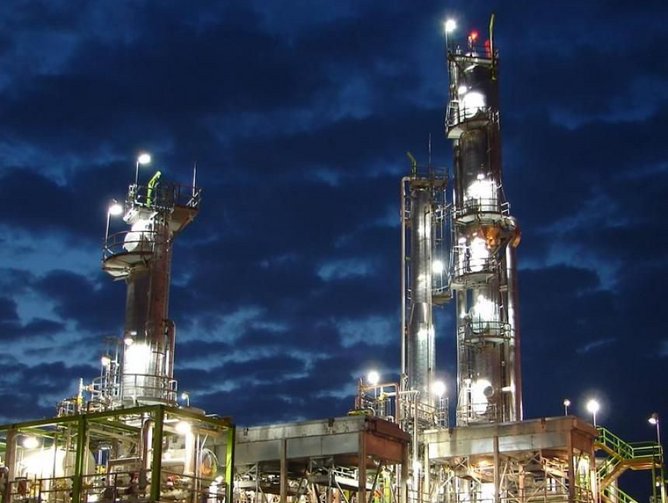 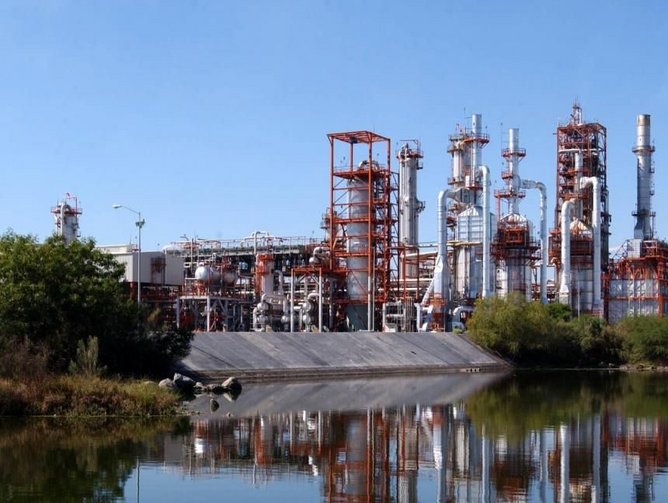 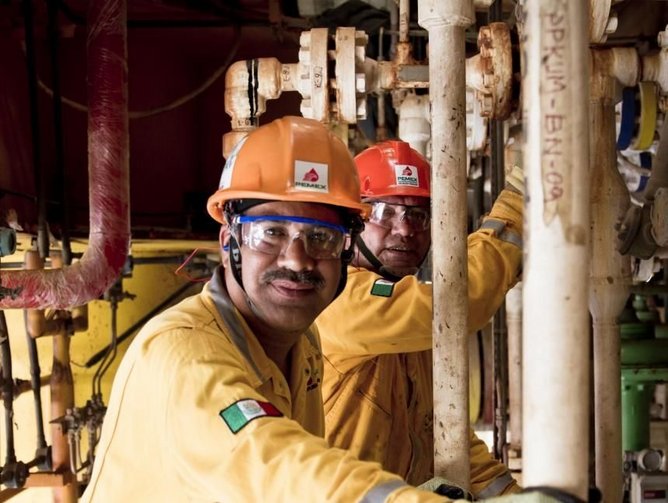