Situated in one of the largest mining jurisdictions in the world, Penguin Automated Systems Inc. (ASI) is quietly constructing the next chapter in the mining revolution.

And while the notion of utilizing robots in mining isn’t new, Penguin ASI’s combination of knowledge and skilled resources is taking the idea to the next level with cost-effective solutions.

With key contracts and new developments in place, the emerging technology company is poised for a breakout year in 2015.

As a leading innovator in the field of robotics and automation, Penguin ASI provides solutions from concept and design to finished commercial products by applying specialty communications.

The company’s problem-solving approach includes unique software and intelligent systems -- such as distinct electronics, tele-autonomy and mobile mechatronics -- to meet their clients’ needs.

The company was awarded a contract with Codelco, Chile’s state-owned copper miner, to develop a robotic solution for clearing hang-ups in block cave mines. Traditionally, miners have used long poles to attach explosive charges to dislodge these stubborn blockages.

Under the guidance of Dr. Baiden, Penguin ASI has developed a customized solution—Hangup Assessment and Removal Robotic System—to remove miners from this extreme and hazardous environment.

“When I was working as a mine manager, this is the one job that gave me cold sweats. I was always worried for the employees. Add to the fact that on the third or fourth try people are getting annoyed, you reach the point where your patience is low and that’s where mistakes can happen. The idea is to provide a tool for people who currently do this,” added Dr. Baiden.

The new robot for Codelco is equipped with a mechanical arm capable of reaching horizontally out 15 ft. , as well as extending vertically as high as 33 ft. into the air over various angles of attack. At the end of the arm is a drill with an explosive system.

“Building a robot like this is taking every bit of knowledge of what we know and what our business knows,” said Dr. Baiden. “This is the first time in the world that drilling and blasting is automated.”

Along with building the robot, Penguin ASI has developed a scanning system which will be utilized as an internal map to give the robot exact coordinates for placing the drill.

Operated remotely, the robot will scan boulders to determine the optimal location for a charge to be placed. Using its telescoping arm to drill into the rock, it will then place the explosives into the drilled rock bit and back away while the blast is triggered from afar.

The new robot, which will carry out this task, is currently being tested at Codelco’s Andina mine.

“We are very fortunate to have met a group of highly motivated people in the innovation group at Codelco for this project. We’ve been collaborating with them to develop these innovations for the last four to five years,” said Dr. Baiden.

“This robot is the size of a small tank. It weighs close to six tons and has 130 horsepower with a peak out at 540 horsepower.”

According to Dr. Baiden, the marketplace is significant for robotics like these.

“Last year we did about a half a dozen custom robots for people; some of them for big problems, others were for smaller obstacles such as geospatial mapping.”

With the support and financial backing of a number of government agencies, including FedNor and the Northern Ontario Heritage Fund Corporation, Penguin ASI is looking to take these robotic solutions to the next step: manufacturing.

“With investments, we want to manufacture roughly 12-15 robots per year. With more investment, we’d like to produce 25-50. We want the ability to produce what the marketplace demands,” explained Dr. Baiden.“I’ve already invested over a million dollars into this process because I believe this whole area of work is game-changing technology. I believe there’s a real need for robotics like this in the mining sector.”

He added, “We also have a smaller version that will fit into a 24-inch diameter pipe. We’ve been targeting this for multiple applications from underground tunnels to shaft surveying.”

Penguin ASI is currently in the beginning stages of integrating an in-house manufacturing facility to assist in the designing, developing and manufacturing of the Hangup Assessment and Removal Robotic System.

The company has also developed a unique system to conduct underground mapping and reconnaissance in real-time, utilizing the transmission of video, data and voice for control of single or multiple robots and equipment in underground solutions.

Using the machines they’ve built, the technology by Penguin ASI can survey an underground mine driving at one or two kilometers an hour, collecting massive amounts of information per second.

“The problem with laser mapping is you need a tripod. To do mapping of a shaft, you need many tripod points. With a robot, you hang it off a hoist rope and it does rapid mapping, with more data and accuracy,” said Dr. Baiden.“This robot, along with the mapping system, is able to collect 230 points a second and geospatially location them. Typically surveying takes only five points every foot. This is a dramatic difference.”

The benefits of robotics

The biggest advantage for utilizing robots in mining situations is the safety factor. According to Dr. Baiden, the safety aspect is monumental but the possibility of enhancing productivity is even greater.

“In terms of production, the biggest production stoppage for mining companies is rocks blocking the flow of material. We’re innovating ways to surgically remove them, rather than the brute force the industry uses,” said Dr. Baiden.

“Now that we have a robot with this kind of reach and the ability to go into places where people can’t go or shouldn’t go, the implications are huge.”

Penguin ASI is currently looking to introduce its innovative new robots to the commercial market this year. The company has 20 patents pending approval, with four patents approved.

The new innovation is another step in the right direction for not just the Canadian mining sector, but for the mining industry as a whole.

“This is a Canadian invention and we’re proud to say that,” concluded Dr. Baiden.

Penguin ASI may not be a household name in the mining industry just yet, but their time is coming soon. 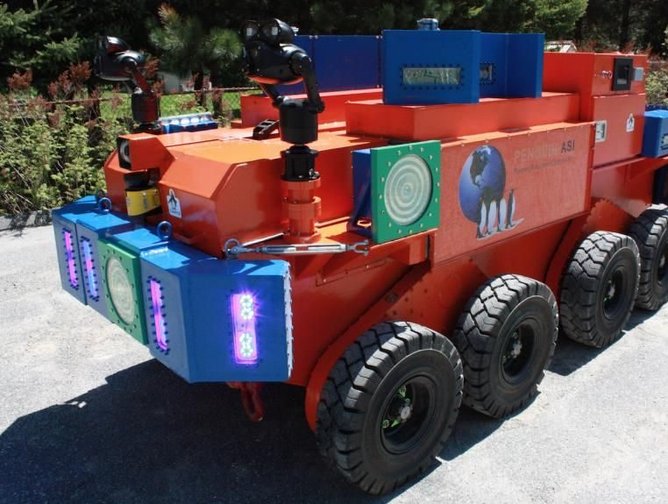 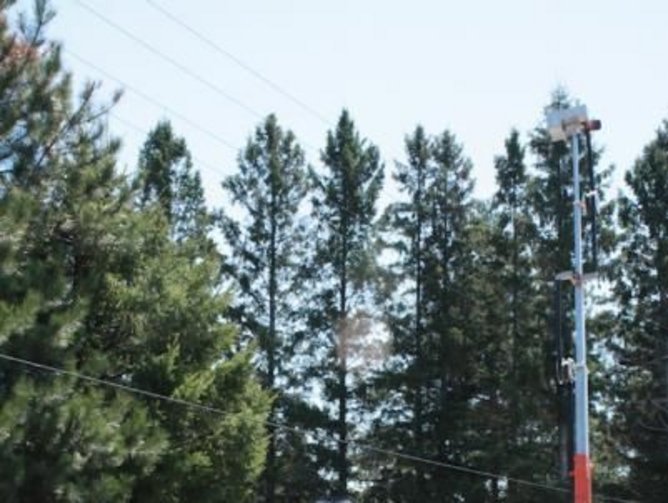 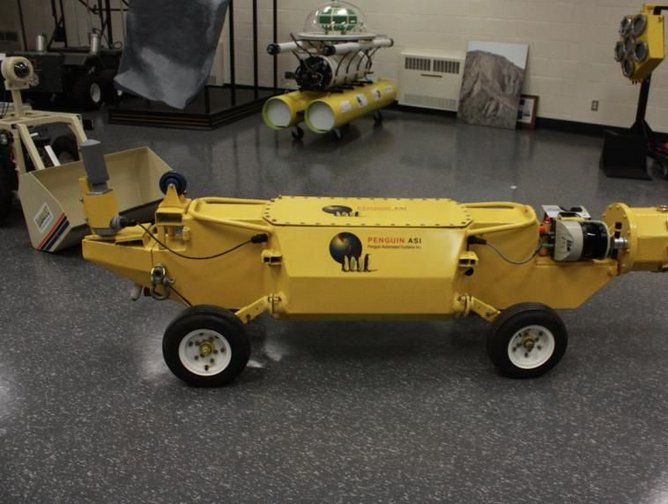 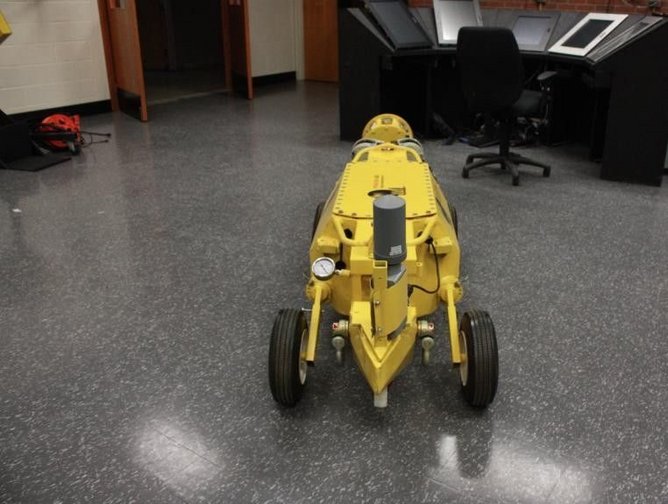 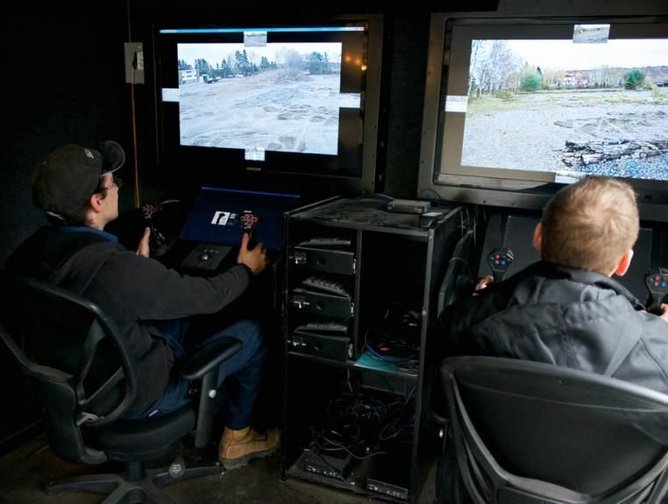 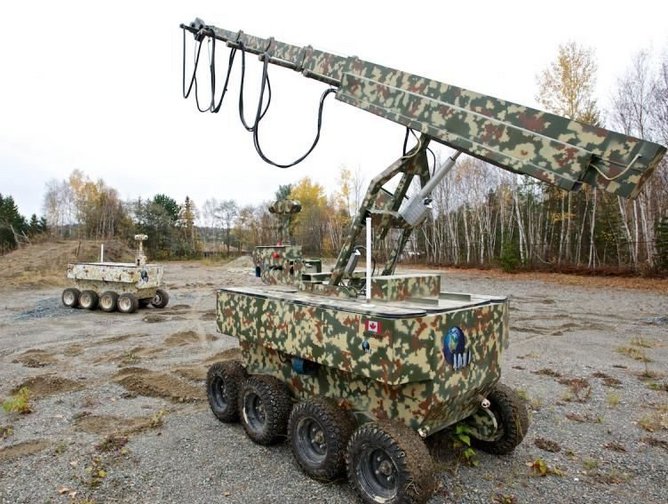 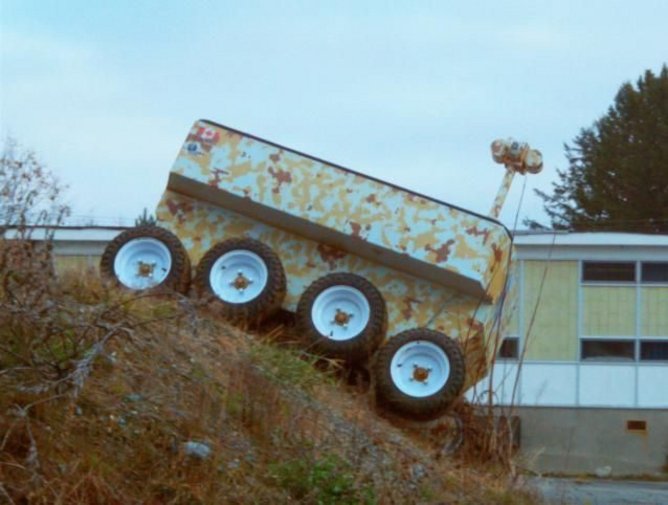