In 1940, the landscape of the United States was vastly different than today’s. The advent of the automobile lifestyle and the interstate highway system changed everything, and it all started with America’s first “superhighway”—the Pennsylvania Turnpike. On the 75th anniversary of this historic roadway, the Pennsylvania Turnpike Commission (PTC) is taking a fond look at its past while looking ahead to new improvements and projects that will bring a brighter future to Pennsylvania commerce and commuters.

When the Pennsylvania Turnpike first opened, it changed the face of transportation and business capabilities for the region. “The first thing that comes to mind when you think about the PA turnpike is the truck traffic, the commerce we move through the Keystone state,” said PTC Chief Engineer Brad Heigel. “Regionally, the connection between Ohio and New Jersey really began with the Turnpike, and it continues to be a commerce pipeline from the Midwest to the Atlantic Seaboard—especially between New Stanton and Breezewood where we have I-70 designation. We have truck volumes in those areas that are well over 12 percent of the vehicles in that stretch.”

But the Turnpike’s impact is not simply regional. “We were the first superhighway,” noted Heigel. “We preceded all the other interstate highways in the United States. A lot of the design criteria and design issues that Pennsylvania Turnpike faced and resolved as it was constructed became the basis of the interstate highway program as we know it across the nation.”

The Turnpike reaches 75 years officially on October 1, 2015, and this year the PTC is celebrating its contributions to the region with several events to commemorate the occasion. “We have already been celebrating throughout the year leading up to our October event, the day the turnpike opened to traffic in 1940,” said Renee Colborn, ‎Manager of Media and Public Relations at the Pennsylvania Turnpike Commission. This has included events like a classic car show at the Sideling Hill Service Plaza, where 300 classic cars were on display along with memorabilia and concessions at 1940s prices.

The main commemoration event will commence in October at the State Museum of Pennsylvania. “What they’re doing is opening a new turnpike exhibit which features an original tollbooth rebuilt inside the museum,” said Colborn. “It’s a part of the bigger transportation exhibit—the PA Turnpike is featured with the tollbooth, turnpike memorabilia and fully operational traffic signs.” This memorabilia, including an operational center used in the 1940s and 1950s, will be unveiled for the public starting October 1st.

The world has changed a lot in 75 years, and the Pennsylvania Turnpike must continually change and grow with it to keep up with the needs of those who travel its roadways every day. This can take several forms, from commuter outreach and tech investments—like its award-winning Trip Talk app—to roadway construction. Over the past 15 years, the PTC’s largest initiative has been its sweeping total reconstruction program. Since 2000, the highway commission has been removing road bed down to subgrade, upgrading surfaces and replacing drainage systems, and in many cases widening the original 4-lane 10 foot median model to a more modern 6-lane, 26 foot median setup equipped to handle today’s traffic.

“We’re excited to say we’re now over 100 miles of reconstructed turnpike across the state,” said Heigel, noting that the commission reached an all-time high of 22 miles under construction this summer. “We have about another 130 miles in design, moving through at different levels of completeness and preliminary design, as we continue to maintain a very robust capital plan exceeding about $600 million of investment into our highway on the fiscal year.”

A more recent major project for the PTC is an expansion to I-95 that had been long discussed and is now underway, including contracts to construct ramps that will connect northbound I-95 to eastbound Pennsylvania Turnpike and westbound Turnpike to southbound I-95. With these contracts in production, PTC expects to have I-95 fully connected from Maine to Florida by 2018.

These projects are ambitious—the reconstruction program alone accounts for half of the commission’s yearly budget—but the benefits of these updates and upgrades promise to be massive.

“By adding additional capacity we’ll be able to better able to maintain the roadway, and by bringing it up to criteria it will be safer,” Heigel explained.  “We’re really excited. Everyone knows the areas of the turnpike we’ve rebuilt and widened, and it’s a much different driving experience than on a facility that was built 75 years ago. That’s definitely at the forefront of our daily initiatives here at the Turnpike.”

Planning for the future

While the PTC is busy with current projects, the commission is always looking ahead to new projects in the future. One major project on the horizon is actually an extension of projects first started to support industry and economic development in the mid-1980s through Act 61, known as the Mon/Fayette Expressway and the Southern Beltway.

“A number of miles of those roadways have been built from Maryland to Pittsburgh, but they stalled due to lack of funding,” said Heigel. Two years ago, with the approval of Act 89 through the efforts of Former Secretary of Transportation Barry Schoch, funding will make the progress of these roadways possible once again. “We’re excited to say that we’re moving ahead with next section of the Southern Beltway. It’s away from the mainline Turnpike, but as we maintain our reconstruction focus on the mainline, what I would say is in store for us in the future is the ability for us to continue our expansion on those projects,” he added.

With every project today and in the future, the goal is the same as it was when the Turnpike first opened three-quarters of a century ago: to improve commerce and increase convenience for commuters in Pennsylvania and beyond.

“Being a toll facility, we want the customer that rides our roadway today to come back tomorrow,” said Heigel. “We always have that in the back of our mind. We’re trying to make that experience to be as good as possible, and we take a lot of pride in that. So we’re constantly looking at our level of service and making sure we’re providing the best level of service, the best ride we can do.” 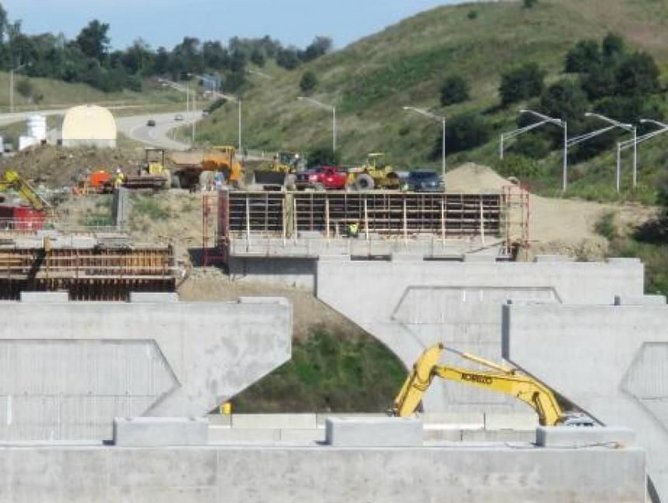 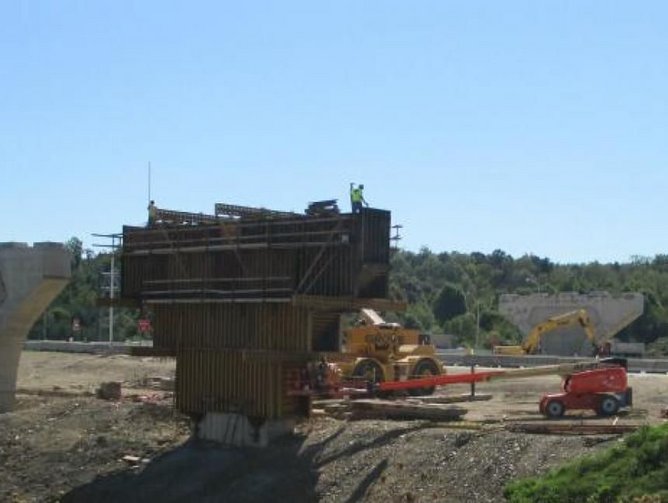 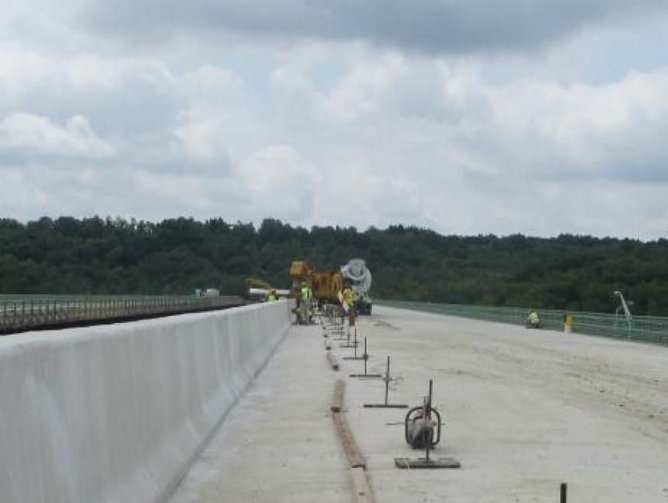 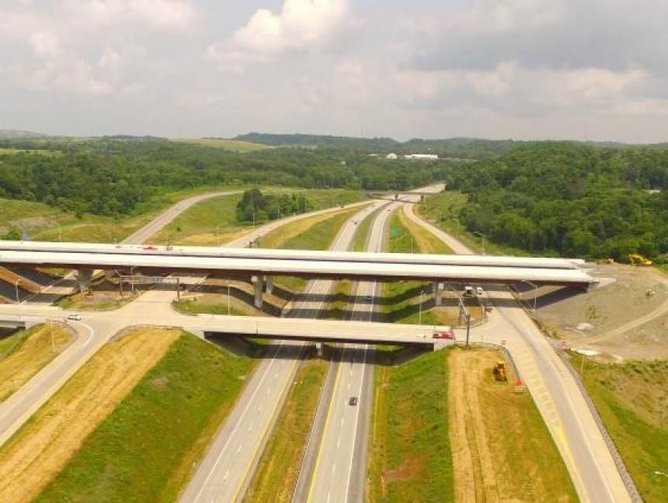 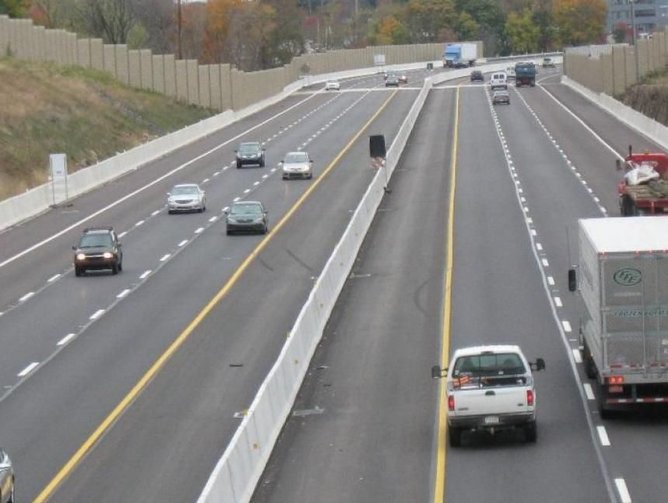 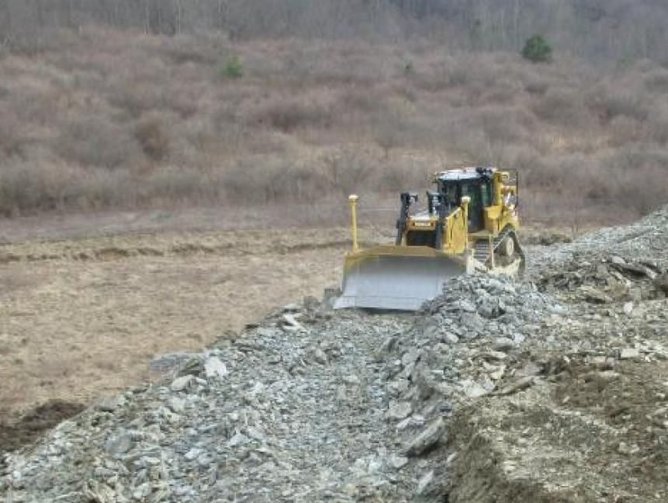