Since 1836, Philadelphia Gas Works (PGW) has been supplying residents and businesses throughout the City of Philadelphia with natural gas as a utility. But the service has not remained stagnant over those two centuries. The energy industry is evolving, and PGW is evolving with it to find new and exciting ways to serve its city.

Within the past year, Philadelphia Gas Works has been seeking out new business opportunities—and finding several. One important prospect that the company has been working hard on is the expansion of its liquefied natural gas (LNG) assets.

“We have a very large LNG footprint—over 4 billion cubic feet of storage, in addition to a liquefaction plant and a vaporization plant,” says Craig White, CEO at PGW. “So we have the ability to liquefy and store a substantial amount of LNG, and then we can do a variety of things with that. We can vaporize it and put it into our distribution system, or distribute the liquid via our truck offloading racks. That’s a business that we hope to expand, and that’s got us very excited.”

PGW is also looking at increasing involvement with compressed natural gas (CNG) vehicles. The company already has one third party fueling station up and running in Philadelphia, and is hoping to expand this through an aggressive rate structure favorable to facilitating business.

”We believe that fleet use of natural gas for fleet vehicles is something that’s going to expand, as it has in other areas of the country,” says White. “We think it’s going to be here eventually, so that’s another area that we’re aggressively addressing.”

A third initiative that PGW has been pursuing intently as a strong opportunity in the future is combined heat and power (CHP). Installation of CHP systems has already grown substantially this year compared to the year before—White estimates around 30 active projects at the moment. “So it’s pretty exciting,” he says. “Combined heat and power is a nice addition for PGW.”

Older cities throughout the Mid-Atlantic and Northeast regions of the United States share a rich and expansive history. But they also share aging infrastructure in need of upkeep and renovation. In the City of Philadelphia, PGW is undertaking a major initiative to ramp up the rehabilitation of its own infrastructure, ensuring that it is able to provide better and more reliable service for years to come.

“We are accelerating our program, as have other utilities in Mid Atlantic and Northeast regions—areas of the country that have a preponderance of cast-iron bare steel and unprotected steel,” says White, explaining PGW’s most recent undertaking, which consists of excavating and removing existing outdated pipe to be replaced with modern updates. “Newer systems are primarily plastic and welded steel, and we’re moving in that direction with our replacement program. We’re on pace to double our replacement of the aging infrastructure within a year.”

To accomplish this goal, PGW has increased its total yearly expenditure from $40 million up to $75 million—in other words, of the $100 million budget that PGW is allotted each year, 75 percent is currently being reserved toward replacing aging infrastructure. But according to White, as a matter of enhanced reliability and safety, it’s funding well spent.

That matter of safety is vital to Philadelphia Gas Works. “That’s what we’re here to do: we’re here to provide safe and reliable service,” says White. This is a driving force in the company’s current emphasis on infrastructure building and replacement.

In addition to its daily focus on the well being of its employees, PGW also understands the importance of maintaining a strong relationship with its user base in both the residential and commercial spheres.

“One thing we believe is very important: people have to feel they’re getting value for this service,” says White. “When they feel they’re getting good value, they’re more inclined to pay their bill and expand the use of natural gas, especially in a commercial environment. So we see customer satisfaction as a very integral part of the success of the business as we move forward.”

PGW has recently been able to boast stronger JD Power consumer satisfaction scores than ever before, and it attributes much of this to a strong focus on customer satisfaction initiatives, including a revamping of its website and a commitment to taking advantage of social media to connect with customers directly.

“It’s a good way to stay in touch with your customers and inform them,” says White. “We’re using these social media outlets to inform our customers of what we’re doing and when we’re doing it, along with some of the other just basic blocking and tackling—when we’re on their block, what we’re doing, when we’ll be starting a project and when we finish a project. We’re trying to communicate at a very granular level with our customers to improve customer satisfaction and improve the experience when you’re working with a utility.”

Moving into the future, Philadelphia Gas Works expects to immerse itself even further in the new initiatives that the company is pursuing today. “I fully expect that we will have made some decisions around LNG and be moving forward with some aspect of that project,” says White. “I see the CHP business continuing to grow with engineers, architects, building operators, all gaining experience with combined heat and power—and with CFOs recognizing the value of greater efficiency in energy systems, which will definitely hit their bottom line in a positive way.  We’re going to accomplish a lot of cast iron main replacements, we’re going to expand our markets, and we’re going to expand LNG. So I’m extremely excited that within this next year: you’re going to see significant changes starting to occur at PGW.” 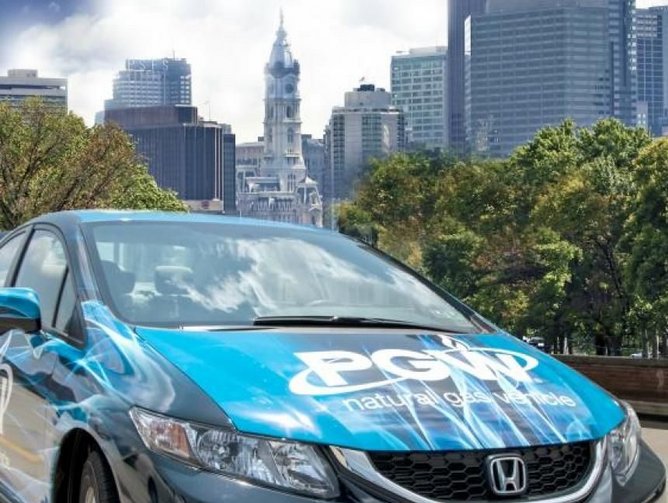 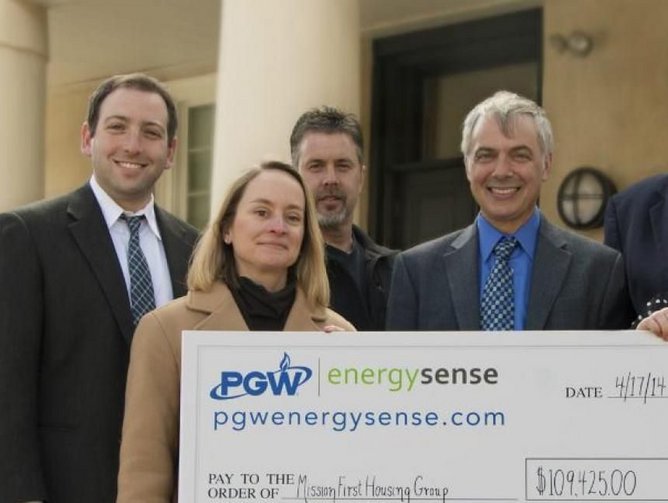 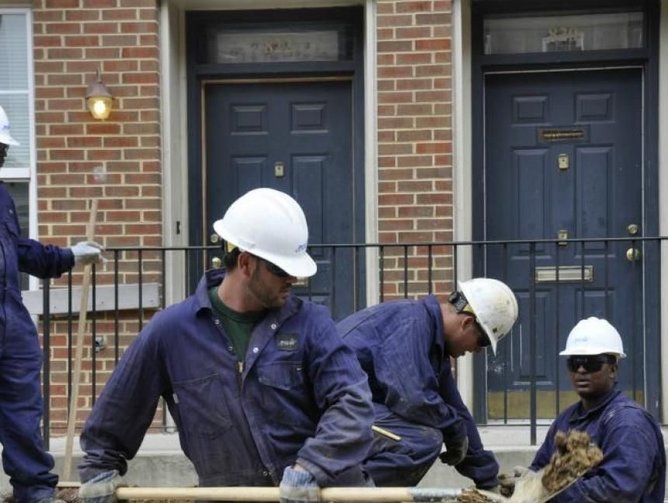 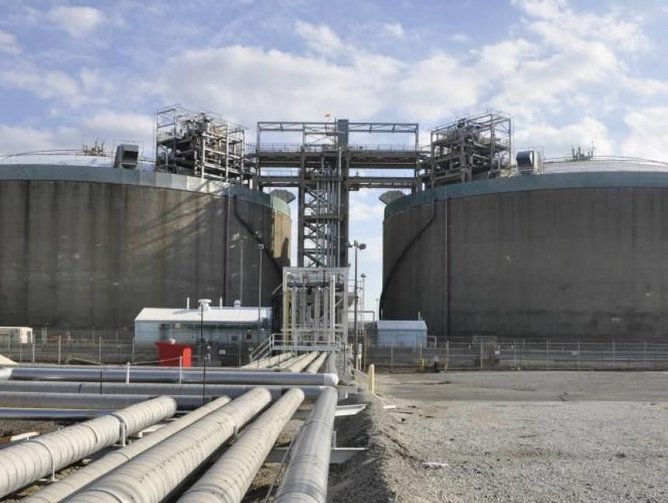 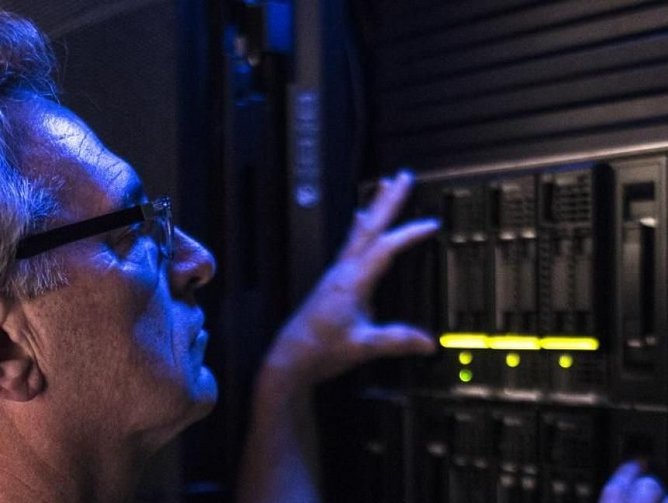 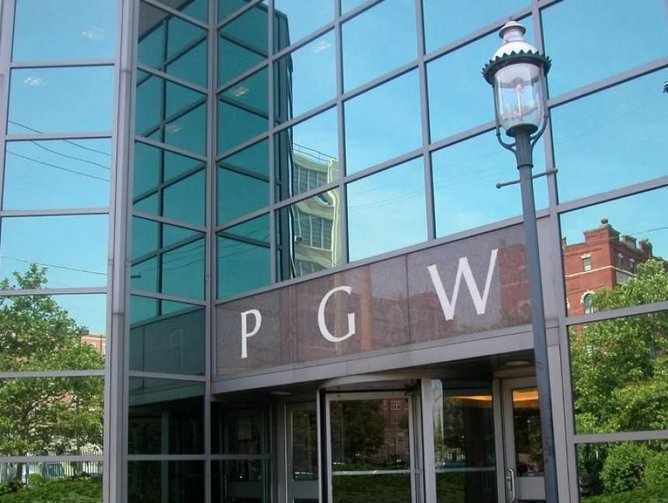 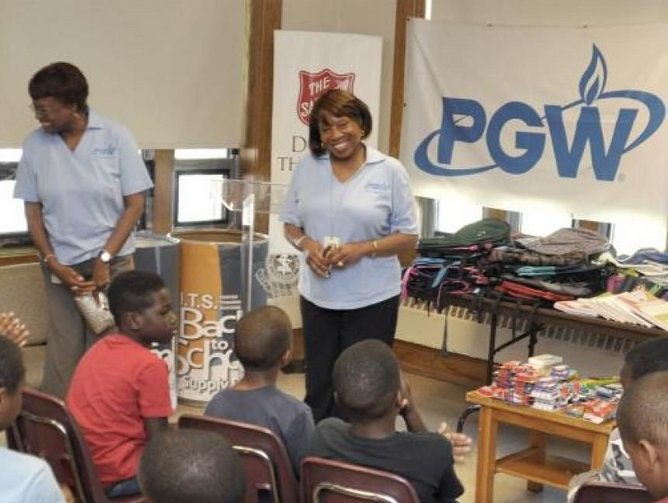