Even today, 12 years after the name was adopted –when Goldman Sachs bought the cables business of Pirelli – and six years after the group was created in a €2.7 billion merger with the 100 year old Dutch company Draka, to make Prysmian Group the world's largest cable company, the name of Prysmian is taking some time to become generally recognized. Broadly speaking, Pirelli Cables, which in 2005 became Prysmian, was best known for its capacity to supply transmission lines, whereas Draka tended to serve the more specialized industry markets including elevators, automotive and aerospace, with a strong capability in fiber optic. The group now has a presence in 50 countries, with 82 plants and more than 21,000 employees; its global headquarters is located at Milan, Italy.

Prysmian operates in the business of underground and submarine power transmission and distribution cables and systems, special cables for applications in many different industrial sectors, and medium and low voltage cables for the construction and infrastructure industries. For the all-important telecommunications market, the group manufactures cables and accessories for the voice, video and data transmission market, with a comprehensive range of optical fibers, optical and copper cables and connectivity systems. At group level the company identifies three main operating segments. Energy Projects includes high-tech and high value-added businesses where the focus is on the project and its execution, as well as on product customization, namely: terrestrial high voltage, submarine and subsea umbilicals, risers & flowlines (SURF), which includes umbilical cables, flexible pipes and down-hole technology cables for the petrochemical industry.

The years since the creation of Prysmian Group have been a time of consolidation and gradual migration to the new brand, while carefully nurturing its historic loyalties. Brian Schulties, VP for Procurement, whose office is located at the North America headquarters at Lexington, South Carolina, is responsible for the supply chain to the 13 plants serving the telecommunications and energy markets across Canada, the USA and Mexico as well as fiber optic manufacturing facilities covering 1.5 million square feet (including the only co-located fiber and cable facility in North America). Three directors that report to him, one responsible for raw materials, one for base metals and one for non-raw or 'indirect' material. This pattern being reproduced at HQ level and in each region, EMEA, Asia/Pacific (APAC) and South America, his is as much a global as a regional role, he says: “We are structured as a matrix organization. Many of the things we do are group-aligned. Much of the activity we do is managing global commodities.” For this reason, he works as closely with the group's CPO in Milan as with the CEO of the American business.

Schulties came into his present role one year prior to the merger, so he has been involved with every step along the procurement evolution of the last six years – and it's not been without pain, he admits. However despite having had 17 years working in procurement in the demanding automotive industry he did not come unprepared into the business of cables, having worked as a Director of Purchasing with Prysmian Power Cables & Systems for three years starting from 2003, and until 2010 as VP for one of the larger competitors in North America.

“I spent the first 17 years of my career in the foundry industry which supported the automotive business, as a Tier I supplier, and I exited ahead of the offshoring of what was predictably a dying industry as far as North America was concerned. I came to Prysmian while it was still Pirelli Cables in March 2003, then I left to join General Cable in 2006 and came back to Prysmian in early 2010. When I came back, within a year we became the largest wire and cable producer in the world. It was a very exciting opportunity.”

It was a massive merger, but it went remarkably smoothly, he recalls. “We integrated very quickly. I’ve known suppliers that have taken five years to integrate their companies after a merger – we did it in less than twelve months.” Schulties was quickly identified as the right person to run procurement in North America. Following his appointment, Giancarlo Angelini joined the company from the Fiat Group as Chief Procurement Officer, based in Milan, bringing a vision of how to leverage the complex global commodities and legacy companies that went to make up the merged group.

Among the large tasks which have faced the organization over this period, consolidation and rationalization of IT platforms has been one of the biggest challenges. The group has been a long term SAP client, but this is not as straightforward a picture as it may seem at first, as different versions of SAP are still being operated in different segments of the business. At group level, the strategy is to migrate all the businesses to SAP One Client, and the Prysmian high volume cables part of the business has already migrated to this platform, accounting for some 80 percent of the group. However the plants of Draka Elevator, Draka Automotive and others including the Cableteq division, remain under earlier versions of SAP. “This is still a work in progress,” says Schulties. “We will be rolling SAP One Client out at our Cableteq division in January 2018 – these are very specialized businesses, handling very large numbers of different parts and raw materials.”

The side of the business that supplies highly specialized clients in industries such as nuclear, defense, airport lighting and the like has many requirements that set it apart from the high volume work. “Some of the cables these customers specify may only be 1,000 feet in length, compared to the transmission lines the Prysmian factories are turning out on huge drums or reels.” Nevertheless, whether customized or bulk, volumes have been exploding in most of the territories. Fiber optic is a case in point, he points out. “Fiber is an exponentially growing business, both in terms of volume and complexity. We are constantly innovating as higher fiber counts, different fiber and different bend radiuses are demanded, to name a few.” The fiber business has always been cyclical, he adds, but these days it appears to have become a super cycle, with significant growth anticipated over the next three to five or even ten years. “We are very confident about the global and domestic prospects for fiber and fiber optic cable. Four years after 4G was launched it is already becoming obsolete: IoT and automation are propelling us into a 5G world and beyond.”

On that side of the business, the Prysmian mantra is 'do more with less'. Innovation is not cheap. Spending on R&D in 2015 at group level amounted to approximately €73 million. The mission of the Prysmian Group’s R&D function is to identify innovative products and technology, to add new products and services to the existing range and to reduce production costs for both existing and new products, says Schulties. “The quality of our products is assured by strict monitoring at every stage of production, from the procurement of raw materials through to delivery of the finished product.” Controls during raw materials procurement involve supplier selection and quality testing of individual supplies, which must be accompanied by certificates stating their conformity to the standards agreed by contract, he adds. A rigorous approach to quality has helped the company to maintain its world-leading position and made a significant contribution to the company’s continued success. Customer satisfaction is the number-one priority for the Prysmian Group and the company’s quality initiatives include “zero defects” and “right first time” approaches for all customer-related activities.

21,000 employees may seem like a big global headcount, but it is really very small considering the sheer volumes of cables produced by the group. The key is lean thinking, says Schulties. “We leverage the experience we have in the factories. While we invest heavily in improvement and expansion we remain very focused internally on selecting the “right” capital equipment for the future and also utilizing the equipment we have so we are not wasting the effort of our overall capital investment. Inventories are kept low, not just on the factory floor – we are trying to reduce inventories across the supply chain. Long term we keep a close eye on the slow moving or obsolescent inventories too.”

There are many challenges in keeping control over inventories in a global supply chain, he explains. Many of his raw materials are sourced globally, but he is also now working in a 'Buy American' and/or Buy America environment. Government contracts are very rigorous in specifying locally sourced content, and the defense sector typically demands 100 percent. The current administration is known to favor strengthening these constraints, and additional tariffs on imported materials may be around the corner. At least he is not alarmed by the fact that he has just been to Durango, Mexico, to open the newest North American plant. This is a state of the art fiber optic cable plant purpose-built close to its existing Draka plants. In Durango, Prysmian also operates a cable factory for the automotive industry – which Draka acquired in 2006 from International Wire Group and which has been active in the state since 2001 – and the factory, in addition to producing automotive wire harness cables,  since 2009 has produced much of the cabling that is used in the most modern Airbus aircraft as well as the production of latest generation cables for the aerospace industry, with the technological characteristics demanded by OEMs to create lighter and more efficient units. The new fiber optic cable plant will serve the burgeoning Mexico market, rather than the USA which is adequately served by domestic plants, including the one in Lexington, SC, one of the largest employers in the city and the NA headquarters.

The way Prysmian is now structured gives them an unparalleled visibility across its logistics and supply chain, but there's a lot more work to be done, and Brian Schulties was recently over in Milan to present the tools he is introducing in North America to improve spend visibility, business intelligence and the reduction of supply chain management risk. “These are initiatives we could roll out to the rest of the world,” he says. “We have approximately 15,000 vendors in North America. Consolidation is a must – managing so many suppliers is costly and it is a resource draw” He believes the supply base could be reduced by about 75 percent overall, though he cautions that this can never be a blanket policy, considering that some government specifications can lie dormant for ten years or more before replacements are needed.

Schulties and his colleagues in the global procurement team are therefore driving change in the strategy, however, as he says frequently: “If you can't see it (spend visibility) you don't know what you are dealing with.” Visibility was the lacking component, where it was possible, for example, that the same product was categorized or named differently by different plants. With a large number of suppliers in the IT space, he and his team went through a process of assessment before forming a partnership with a third party vendor to adopt a tool that is already making great improvements in spend management. After just three months he can foresee that this investment will pay for itself in a very short time, with massive benefits when applied globally. “Frankly our procurement IT platform for spend visibility was not really adequate, but now we can say with some certainty that it is better than anything we could have done with internal tools available to us currently.” 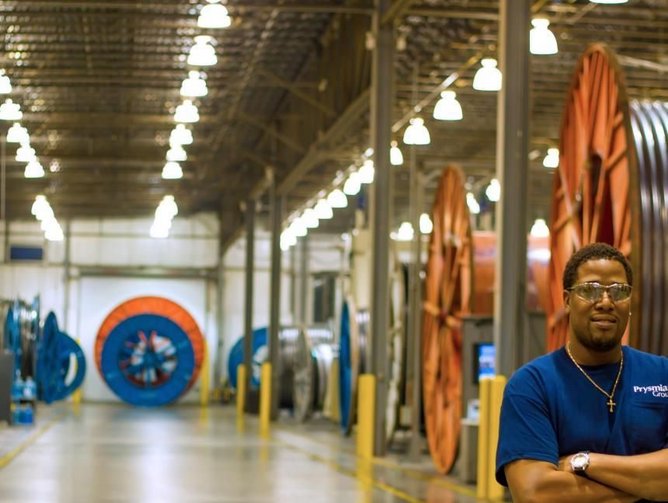 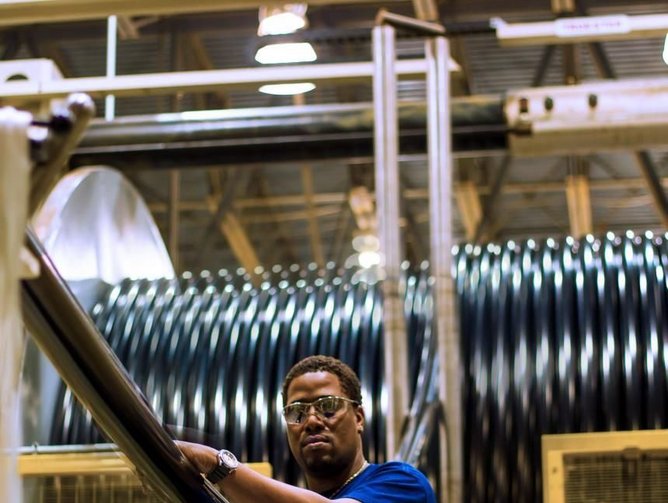 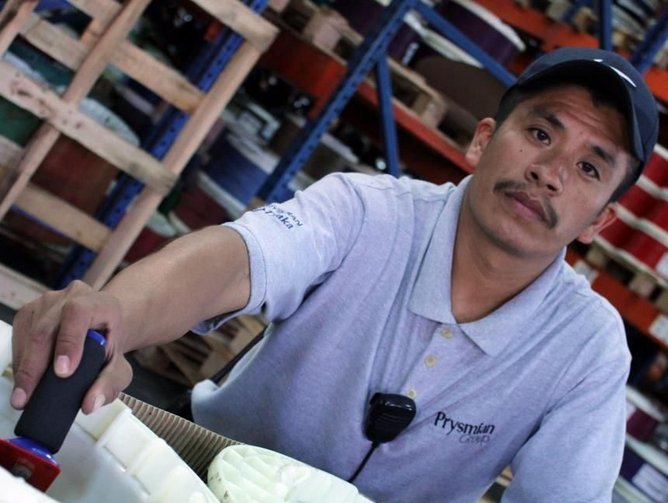 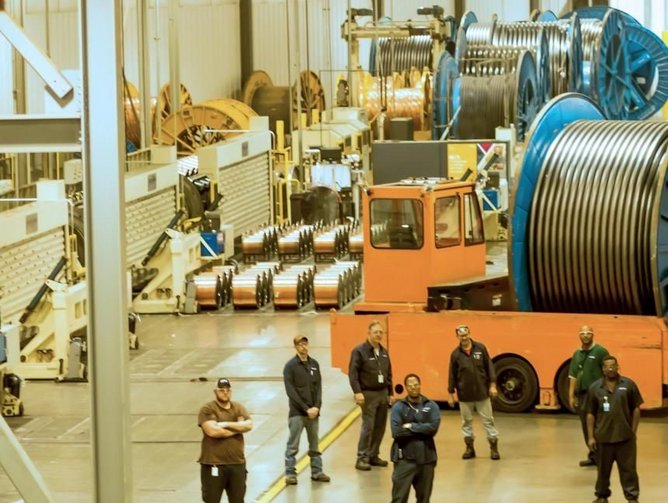