Digital transformation is affecting all industries as companies adapt to the latest trends in order to achieve success with their offerings. In the case of cancer treatments, it has also allowed for proton therapy to have a more significant impact in the sector. Proton therapy, which is a type of radiation therapy used to treat cancer, utilizes protons instead of x-rays in order to battle the disease. As a positively charged particle, protons can destroy cancer cells and are often combined with chemotherapy, surgery, radiation therapy and immunotherapy. Vice President of Design and Construction at Proton International, Jay Beranek, has overseen a significant transformation in the construction of cancer treatment centers since arriving at the company in 2011. In the years since, Beranek believes that technology has become increasingly important to Proton International.

“Technology in the proton industry is changing very rapidly. Less than 10 years ago, our industry thinking was to build multi-room facilities which would see us develop four or five rooms with larger equipment,” explains Beranek. “It meant there are four completely different gantries but there is still only one cyclotron that can deliver the protons to each of these rooms. Although cost is a major issue, technology has helped to reduce the size of this significantly. I believe the proton industry is going towards single room facilities, which will also substantially reduce the overall cost of the project itself. Technology decreases the size of the scope, equipment, physical facility and size of the space and it remains absolutely vital to us.”

Proton therapy centers began less than three decades ago with just a handful of centers in the US and Europe. However, in recent years the treatment method has become increasingly prominent in the industry and now holds just under 30 operating centers in the US as well as several in 28 other countries around the world. Beranek points out that protons have become more widely-used as a method of cancer treatment due to the influx of patients that have a greater understanding to the benefits of the treatment. “I believe protons have found their place in the clinical treatment for cancer and one of the main reasons is because protons are particles, in comparison to a light wave which are x-rays,” he says. “One of the best things about protons is it can focus on solid tumors in the brain or around the spinal cord, particularly in young children with little to no collateral damage to surrounding healthy tissue. From a quality of life point of view; it's huge.”

Having treated its first patients at the University Medical Centre Groningen (UMCG) in January 2018, the UMCG became the first site to provide proton therapy in the Netherlands and is built with a 220-tonne particle accelerator and the most modern irradiation equipment. By launching facilities such as the UMCG, it has allowed Proton to remain sustainable and provide a vast number of proton facilities to the world. “The design process at UMCG was very successful. UMCG had a strong physics presence on campus; however, not with the clinical aspect of using protons to treat people,” says Beranek. “As integral to our culture, we meld our operations experience with the culture and experiences of the Dutch or any other clinical partner. It is not just about working with our clinical partners, we actually develop strong friendships which instill trust and allow transparent conversations leading to very quick decisions. This bonded relationship also significantly reduces the quantity of changes during the construction process.”

Beranek believes that through unveiling its facilities, it has enabled Proton to set itself apart from its rivals while offering a diverse range of people the help they require. “We differentiated ourselves from anyone else. Proton International is the only company worldwide that has the track record of successfully bringing multiple proton facilities to the world. University of Alabama in Birmingham will be our eighth building and no one else has even come close,” explains Beranek. “Our Proton vendors provide equipment but it's a lot different than just selling equipment because you have to put the whole package together. It’s important to think about location, financing, hospital and doctor partnerships before you can actually put a completed project together. We bring all those parties together.”

In order to establish its success, Proton International formed professional partnerships with design professionals such as Stantec – Architecture Bard, Rao-& Anthanas Engineers and Goldstein-Milano which have collaborated with the company since its inception. The long-lasting relationships have seen all entities work together in order to deliver the best experience for its patients. “We also believe it’s critical to have regionally focused construction managers such as Brasfield & Gorrie, Gilbane, Linbeck and Hoffman to execute the building process. We conduct Lessons Learned sessions with these partners knowing that our next proton project will ultimately provide the best possible patient experience,” says Beranek. “We are a family and grow accordingly in that we can not only anticipate mutual needs but also respect each other’s responsibilities to act as advocates for Proton International while keeping the needs of the patients first and foremost.”

As a pioneer for implementing proton therapy treatment, Proton understands how vital it is that patients remain the top priority in the company’s plans. Beranek is adamant that Proton can provide the best service due to its determination to get projects completed. “It's not just about bringing the project to fruition, it's about clinical operations and having that expertise of understanding how patient delivery systems should be incorporated. This means we fully understand what the patient experience is and we have to ensure we maximize that experience,” affirms Beranek. “We know that you have to deal with insurance and the actual treatment and clinical aspect. However, we're also the only ones who can find the financing to get all these projects completed and considering the way our sustainability is right now, I believe we're the only ones who can deliver this from soup to nuts.”

With an eye on the future, Proton International are looking to expand their operations further with facilities in Delray Beach, Florida, and Birmingham, Alabama, expected to open next year. Beranek maintains that he never reflects on completed projects for too long following the completion of a facility.

“Once the building gets up and operational, I'm pretty much onto the next project. Our Delray Beach facility is only a few weeks from opening to see patients for Linac treatments while our proton building will begin to treat patients in the Fall of 2019. We're also building one in Birmingham, Alabama and we anticipate to be receiving proton equipment for that facility in February,” explains Beranek. “We're a small privately-owned company and we make our own decisions. We will continue to bring protons and maintain our position as a major directive force in bringing a greater number of protons to the world. We've completed more projects than anyone else and that's what we pride ourselves on. It’s what we do.” 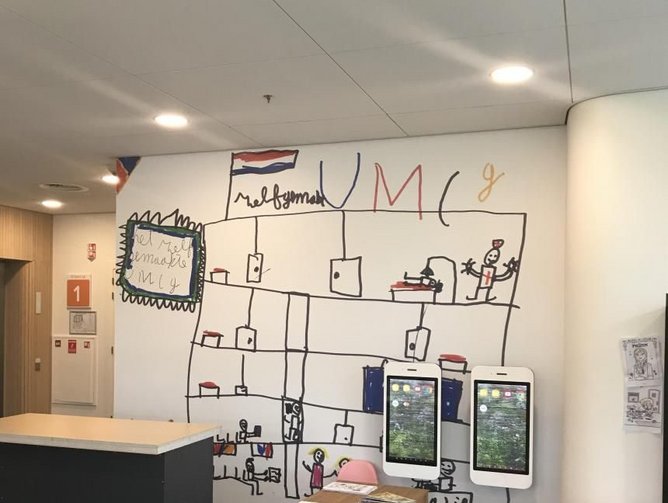 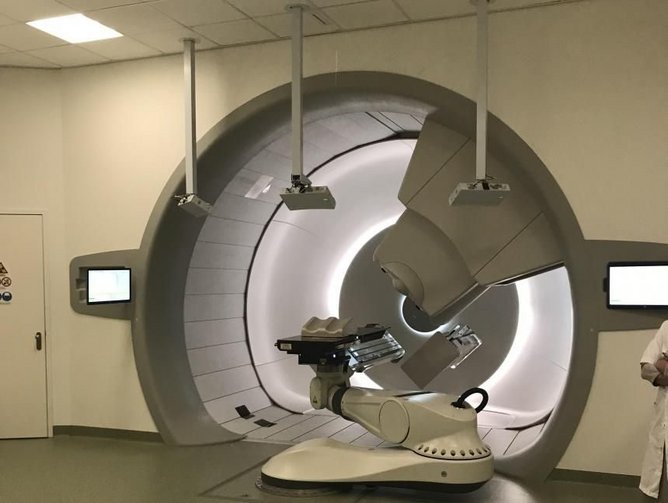 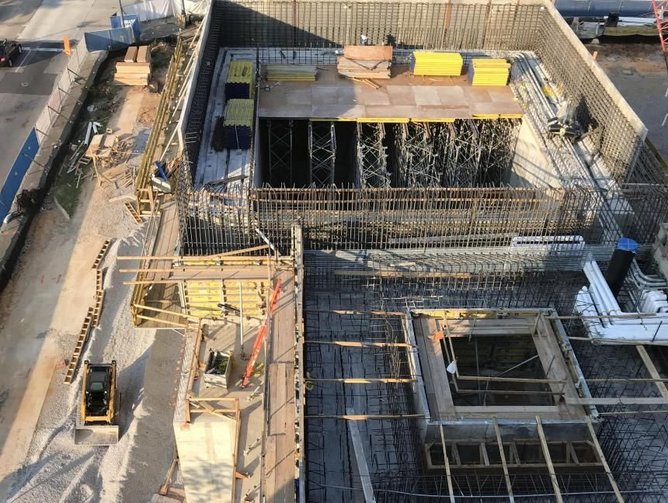 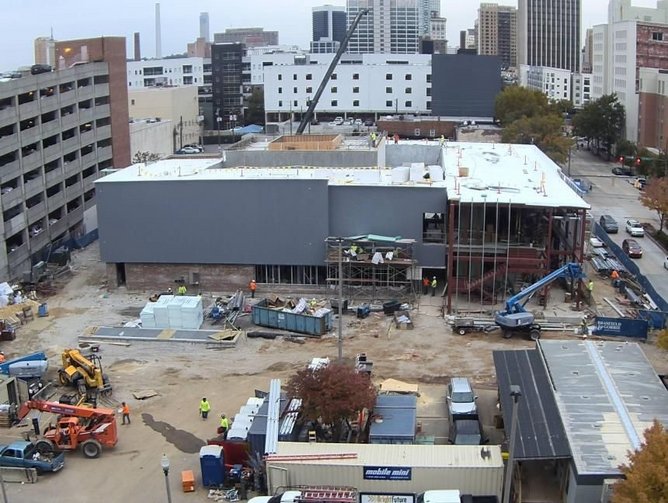 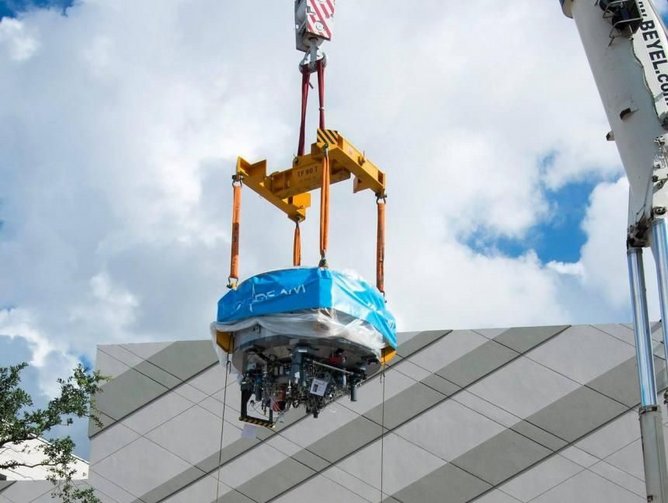